The comic world is difficult to break into. New readers always ask, “Where do I start?” and that’s a fair question, because so many comics have decades’ worth of history to delve into before you can even begin.

This list, however, gives you seven books to choose from that are both finished stories and series you can understand without a million trips to the library.

Fans of both the earlier Loki comics and the MCU Loki character can jump into this series gleefully. Written by Daniel Kibblesmith and illustrated by Oscar Bazaldua, Marvel’s Loki follows a young version of everyone’s favorite mischief-maker as he goes to Earth looking for some ironclad advice. Does Loki have some ulterior motives? Certainly. But that’s what makes Loki fun.

This series ran for only five issues before an abrupt cancellation, so it’s a quick start and finish. It’s accessible, with any references to former Loki’s life or former Loki storylines quickly summarized. Kibblesmith combines humor and heart, while Bazaldua delivers on the comedic facial expressions and magical action sequences. If you’re looking for wit, some misapplied wisdom, and a nightmarish villain, Loki is for you! 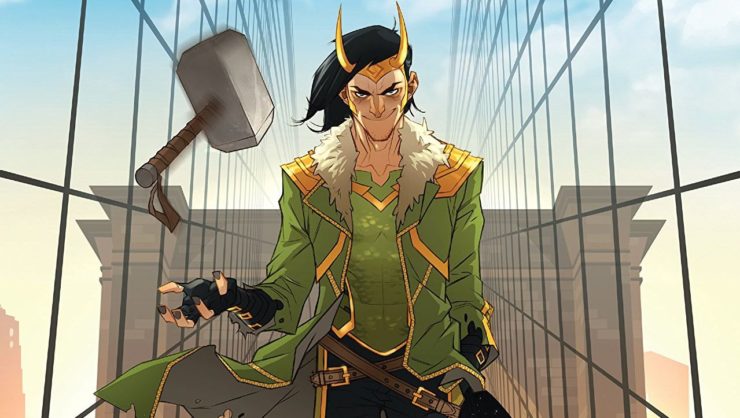 Although the Young Avengers have been around for a while, Kieron Gillen and Jamie McKelvie’s run reinvented them for the modern age. Wiccan, Hulking, Miss America, Marvel Boy, Hawkeye, and Kid Loki team up, and nothing could go wrong with that combo, right? They’re super, they’re stylish, and they’re saving the multiverse—all while dealing with parents and hormones.

You don’t need to know too much about the characters before delving in, although there will be minor bits you miss if you don’t have basic grasps of their histories and older arcs. Most, but not all, is explained through family conversations or Loki’s quips. And despite being a comic for a teen audience, Young Avengers will resonate well with anyone young at heart. It’s also finished and in hardcover omnibus form, so you can have it all right now!

If there’s one quote to take away from this book it’s this: “Pancakes?” “Pancakes.”

Harleen is written and illustrated by the visionary storyteller Stjepan Šejić, who has an honestly dazzling understanding of Dr. Harleen Quinzel’s character. Šejić takes readers through her backstory, her doomed love story, and her constant moral struggle throughout.

The series was released in three oversized magazines from DC Black Label. If you don’t want to find back issues, Harleen is also available in a gorgeous hardcover that collects the entire story. Black Label is an incredibly accessible spinoff from the normal DC continuity because it allows authors to create non-canon, slightly darker new stories with some of the most famous characters.

Šejić doesn’t assume readers know anything about Harleen Quinzel. He introduces her and enriches her, building her past as well as hinting at her future. For more seasoned comic readers, it won’t be a bore, because there are enough differences from Harley’s usual origin to keep it original, and it won’t be another version of an animated or film Harley. She’s reborn in Šejić’s image.

Is Harley a victim? A villain? Or is she undefinable? Harleen doesn’t answer this, because it asks you to decide for yourself. 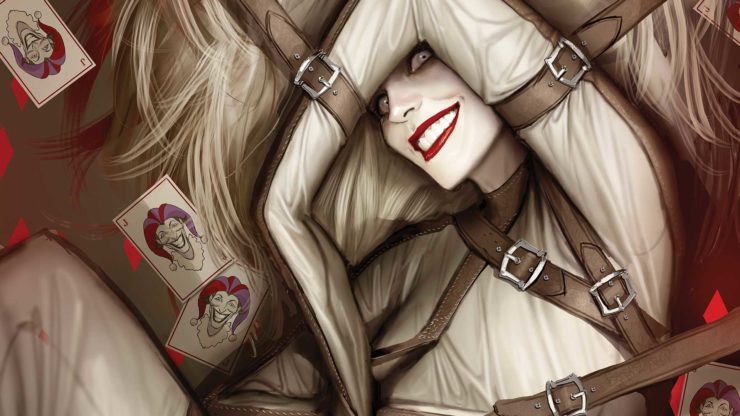 Matt Fraction and David Aja wrote and drew the essential Hawkeye book. Clint Barton’s story is one of a mistake-ridden Avenger who’s just down on his luck. He lives in a small apartment and does his best to protect the tenants. Along the way we get the past coming back to haunt Clint, a lovable dog that’s around to provide moral support, plenty of pizza, Young Avengers’ Kate Bishop, and, did we mention pizza?

This Marvel book is accessible even to someone who’s never read a single Hawkeye comic before. It’s also the best version of Clint Barton out there; Clint is deaf (a key character trait that is often downplayed in other Hawkeye books), kind of silly, not too great at romance, perpetually sleepy, and highly relatable. Finally, Hawkeye is also complete and available in omnibus format, so you can purchase and finish it without waiting for more. 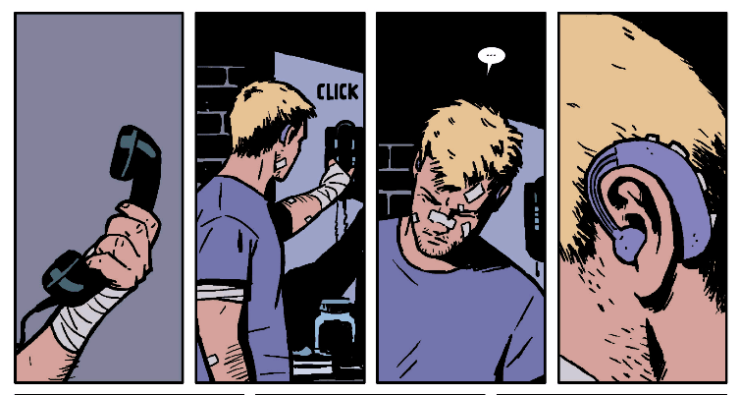 Saga is an epic space fantasy comic written by Brian K. Vaughan and illustrated by Fiona Staples. This Image Comics masterpiece explores forbidden romance, warring species, empathy, love, death, destruction… Alright, it explores just about everything, because it’s just that good. What makes Saga so compelling, as well, is that it’s often narrated from the perspective of Hazel, the daughter of the main couple, as she looks back on the events of her fraught life.

Vaughan and Staples’ imaginations are apparently limitless. The creatures, worlds, and plots are extraordinary, yet also extremely relevant here on Earth.

There are 54 single issues, or 9 trade paperbacks, or 1 giant omnibus. Saga isn’t over, though; it’s just taking a long break, giving you plenty of time to dive in. You should absolutely read it, because it doesn’t end on any major cliffhangers that will simply frustrate you, but rather leaves you appropriately wanting more.

Another DC Black Label title, Sean Gordon Murphy’s Batman: The White Knight is an elegant homage to the Gotham universe that takes every character to their fullest—although not always morally best—potential. Because it’s Black Label, Murphy can afford himself a gasp-out-loud worthy twist per every single oversized issue. The book is dark, violent, and full of heart; you can tell it was written by someone who both adores and understands Batman.

In terms of accessibility, again: everything Black Label is putting out is like going on your first adventure into DC Land. Of course, there are easter eggs for long-term fans, and references to other Batman stories for the sake of skipping arduous exposition. White Knight is still very much a fully realized story and its characters have careful, creative depth.

The Joker might be a good guy. Batman might not be. And how many Harleys does it take to defeat a supervillain? Hopefully those questions make you more than interested in picking up the omnibus, which collects the 8-issue arc. And if you can’t get enough of the Murphyverse, the sequel series, Batman: Curse of the White Knight, also just wrapped up for your complete reading pleasure. 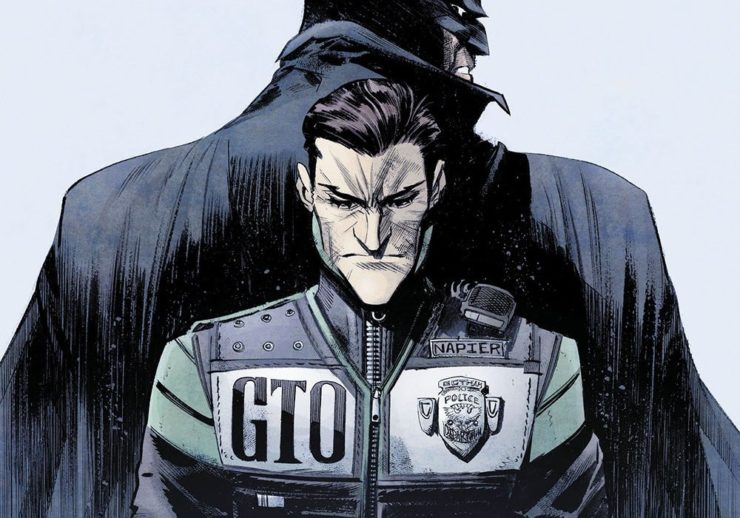 The Wicked and the Divine

The Wicked and the Divine is a massive undertaking, both because of content and the sheer length of the run, but it’s entirely worth it. The story is also complete and available in various trades or a sleek, hardcover omnibus. Written by Kieron Gillen and illustrated by Jamie McKelvie (a team you will recognize from the Young Avengers above), The Wicked and the Divine, or colloquially “WicDiv”, is one of Image Comics’ finest books and essentially required reading for any readers, whether you like comics or not. It’s smart, dashed with British wit and life lessons, and is deliciously dark.

The basic premise is that, every 90 years, twelve gods from various pantheons are reincarnated into teenage bodies. These kids are nobodies who suddenly become superstars and celebrities, all with fans who worship them and their miraculous powers.

Then, after two years, the gods die.

A story with dynamic characters, beautiful artwork, and stylish prose, The Wicked and the Divine is an essential indie comic. It also helps that all the characters are original—while borrowing from mythologies and legends—and require little to no research or a personal history with comics. If you read only one comic on this list, this should be it. 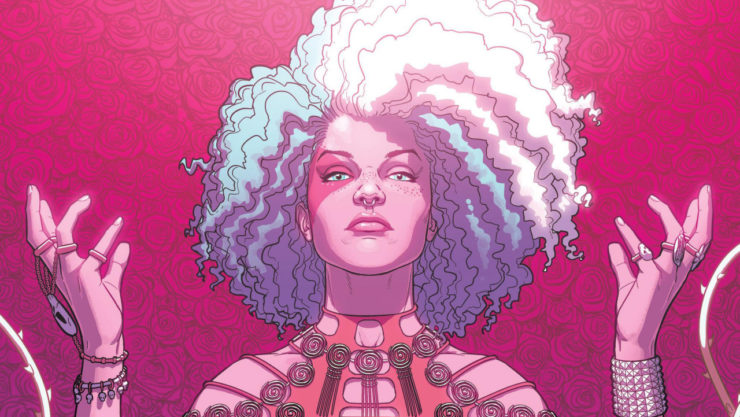 Have you read any of these comics? Did we miss any of your favorite recommendations? Let us know in the comments!