With the hugely successful WandaVision wrapping up its stellar run on Disney+, it’s time to turn our attention to the next MCU show that will be gracing our television screens in a few short weeks. A big part of what made WandaVision so fun was speculating who and what would show up next. Now, Disney+’s The Falcon and The Winter Soldier debuts on March 19th, and fans are already clamoring to know which classic Marvel characters will make an appearance.

Already confirmed to be returning are Emily VanCamp’s Sharon Carter and Daniel Bruhl’s Zemo. Recently, both Don Cheadle and Georges St-Pierre have also been confirmed to be coming back as James “War Machine” Rhodes and Batroc the Leaper, respectively.

On the newcomers’ side, it’s been announced that John Walker, a.k.a US Agent, will be making his inaugural series appearance, but who else could be joining him and making their surprise MCU debut? Below are some of our top 5 picks for who we most want to see appear for the first time in the exciting new series. 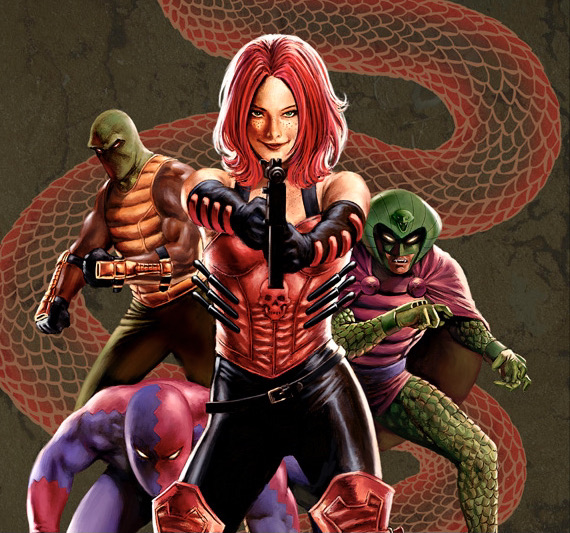 Who better for Falcon and Bucky to face off against than the daughter of Steve Rogers’ greatest enemy?

Sinthea Schmidt, the Red Skull’s daughter, has long been a thorn in the side of those fighting for truth and justice. Thoroughly indoctrinated into her father’s sadistic views, Sin is just as malicious and dangerous as he is. In the comics, she even had a hand in the “death” of Steve Rogers, and she eventually takes up her father’s mantle to become the new Red Skull.

Though she has no superpowers, Sin is a fierce combatant and a crafty foe. That, and her personal vendetta on behalf of her father, would make her more than a handful for our heroic twosome to have to deal with. 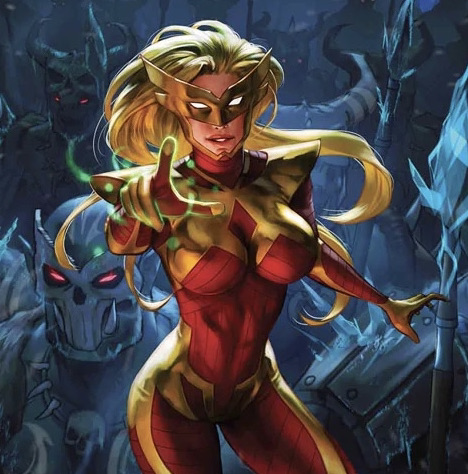 With Zemo’s return, many fans are curious to see if the villain plans to form his own dastardly version of the Avengers, aptly named The Masters of Evil.

One member of this malevolent crew is Karla Sofen a.k.a. Moonstone. A once-famous psychiatrist who had more fun cruelly toying with her patients than trying to help them, Karla’s lust for power brought her into contact with the Moonstone. This ancient Kree artifact gave Sofen powers very similar to those of Captain Marvel. However, lacking the honor and conscience of Carol Danvers, Sofen used her new abilities for purely selfish and sadistic purposes.

Her criminal activities eventually brought her into contact with Zemo, and she joined with his Masters of Evil on many occasions, the most famous being when most of Earth’s heroes disappeared after fighting the being known as Onslaught. Moonstone served as Zemo’s second-in-command in his newest version of the Masters, only this time, they were pretending to be the latest hero team on the block, the Thunderbolts! 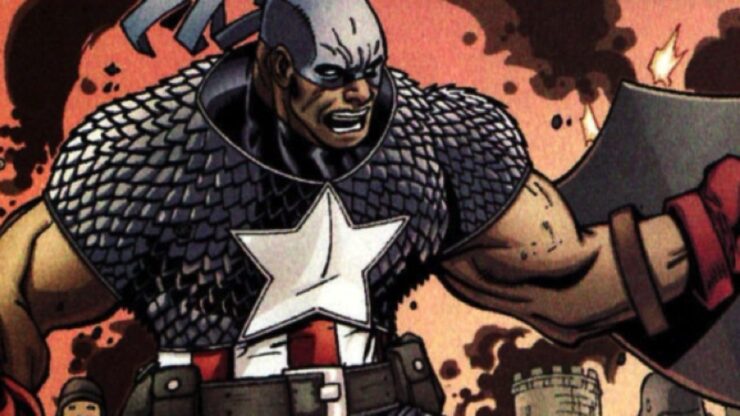 Just when you think you know the whole story, you find out that you really know nothing at all. That’s how Steve Rogers felt when he found out that he wasn’t the only Captain America, just the only one known to the public at large.

After the bombing of Pearl Harbor, Isaiah Bradley eagerly joined the army for a chance to serve his country. However, he and 300 other African-Americans were forced to become test subjects by a government desperate to recreate the lost Super-Soldier formula. Of those 300 men, only a few survived, including Isaiah.

On his final mission, Isaiah stole a spare shield and costume meant for Steve Rogers and wore it as he single-handedly stopped the Nazi’s development of their own super-soldiers. He was court marshaled for disobeying orders, and while in prison, Isaiah’s body and mental state deteriorated due to unforeseen side effects of the recreated serum in his blood. He eventually received a presidential pardon, in no small part due to the advocacy on his behalf from his beloved wife, Faith.

Over the years, his legend grew, and his spirit has continued on through his grandson, Elijah. Speaking of whom… 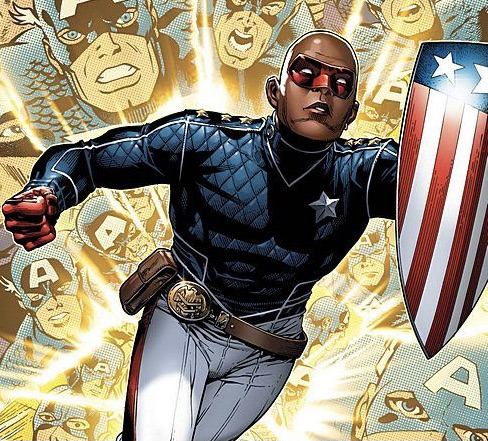 Elijah made his debut in the original Young Avengers series as the hero Patriot and (along with that entire team of new heroes) made an immediate positive impact on comic fans. As Isaiah’s grandson, Elijah felt it was his duty to take up the legacy and visage of Captain America when he joined the team of new teenage heroes.

There was just one tiny problem. He wasn’t a super-soldier and had no powers.

To combat this, Elijah started using a drug called Mutant Growth Hormone that gave him enhanced strength, agility, and speed for short periods of time. To keep up with the demand of being a full-time hero, he had to start taking the drug more and more, but this took a toll on his body, and he made the hard decision to quit the team.

Even after losing his powers, Eli was a true hero and took a bullet for Captain America, saving his life. He then received a life-saving blood transfusion from his grandfather, the side effects of which gave him true super-soldier powers without the use of the drug.

It seems Marvel is slowly introducing all the Young Avengers heroes into the MCU, and we can’t think of a better place for them to introduce Elijah than in this series. We’d love to see Falcon take Elijah under his wing, so to speak. 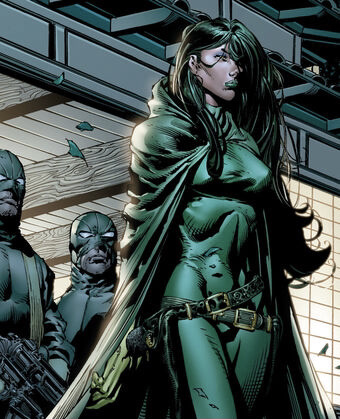 If Marvel wants to bring HYDRA back as a significant threat in the MCU, they will need to give the group a formidable leader, and they could do a lot worse than Madame Hydra herself.

Ophelia Sarkissian, much like the MCU’s Wanda and Pietro, was orphaned as a child and taken in by HYDRA to be groomed as a soldier. She excelled in her training, specializing in poisons and assassinations, and quickly rose through the ranks into the group’s high leadership. In this position, she faced off with S.H.E.I.L.D., Captain America, the Avengers, and even the X-Men on numerous occasions.

Eventually leaving HYDRA and going solo, she took the name Viper. While the name changed, the villain didn’t. Having gone toe-to-toe with some of the best heroes in the Marvel Universe, Ophelia is a force to be reckoned with, even without HYDRA backing her up. She is an expert martial artist, assassin, markswoman, and tactician. Also, she’s completely immune to poisons, letting her use her favorite weapon freely and without any consequences to her own health.

So, those are our picks for MCU newcomers we’d love to see hitting the screen soon. Who would you like to see make their MCU debut in The Falcon and The Winter Soldier on Disney+? Leave a comment below and don’t forget to Let Your Geek Sideshow!