Science fiction allows audiences to take a deep voyage into the imagination, to explore strange new worlds, and to seek out new life and civilizations while boldly going where no man or woman has gone before.

From hovercrafts, jetpacks and drones to augmented reality, artificial intelligence and space exploration; sci-fi movies have been forecasting the future’s jaw-dropping technological advancements and scientific inventions for aeons. They say that fact can be stranger than fiction but is it stranger than science fiction?

We recently unearthed some eye-opening research from Plusnet, who sought specialist opinions from various industry experts to assess the accuracy of the technology depicted in some of Hollywood’s most iconic sci-fi blockbusters. Houston, we have lift-off… 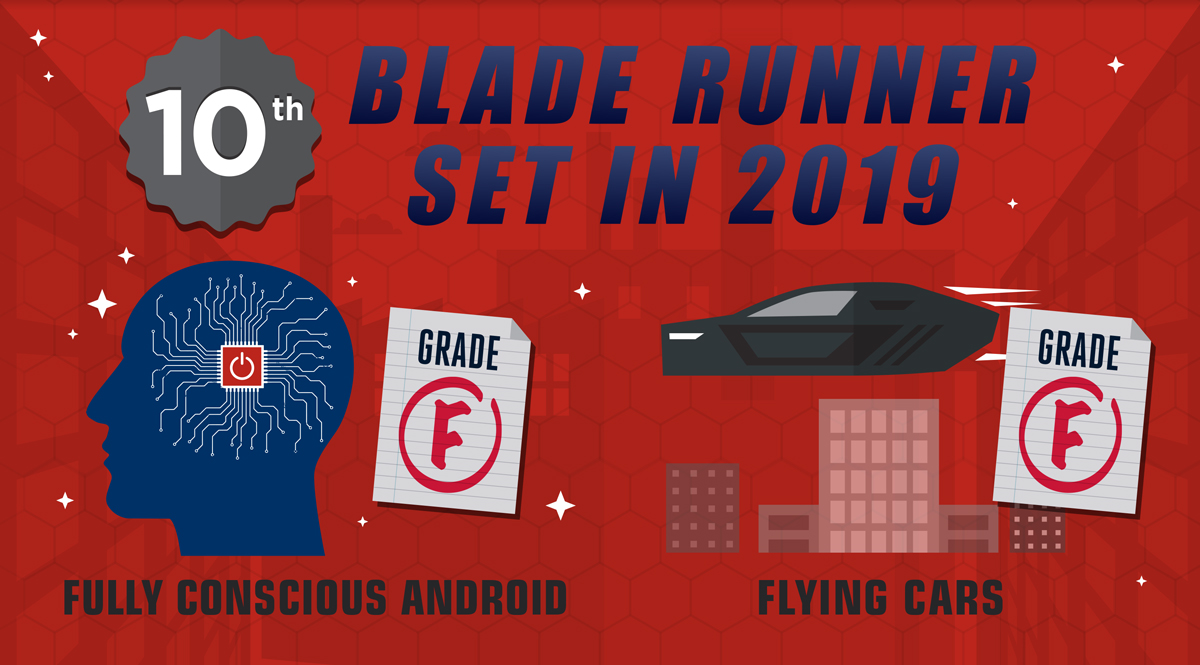 Over 35 years ago, Blade Runner projected a bold vision of a dystopian future that illustrated a hyper-technological and over-populated megacity, suffering from the effects of irreversible pollution and corporate dominance.

Set in 2019, Ridley Scott’s neo-noir sci-fi thriller follows the story of bounty hunter Rick Deckard (played by Harrison Ford) who is dispatched onto the neon-splattered streets of Los Angeles to track down and terminate synthetic biological androids known as replicants.

Despite significant advances in both automotive engineering and artificial intelligence in recent years, it seems like we’re still a long way from being able to commute to work in flying vehicles and rub shoulders with fully conscious, human-like robots. 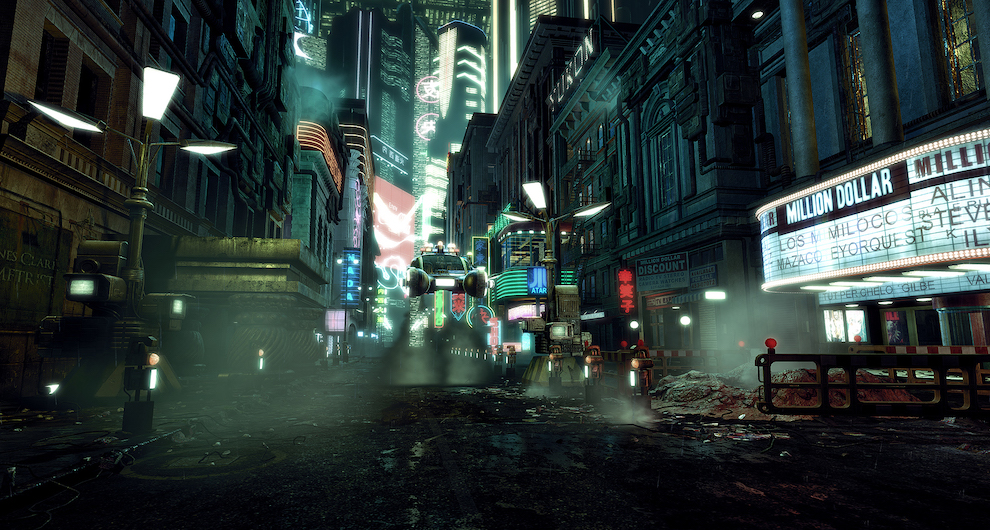 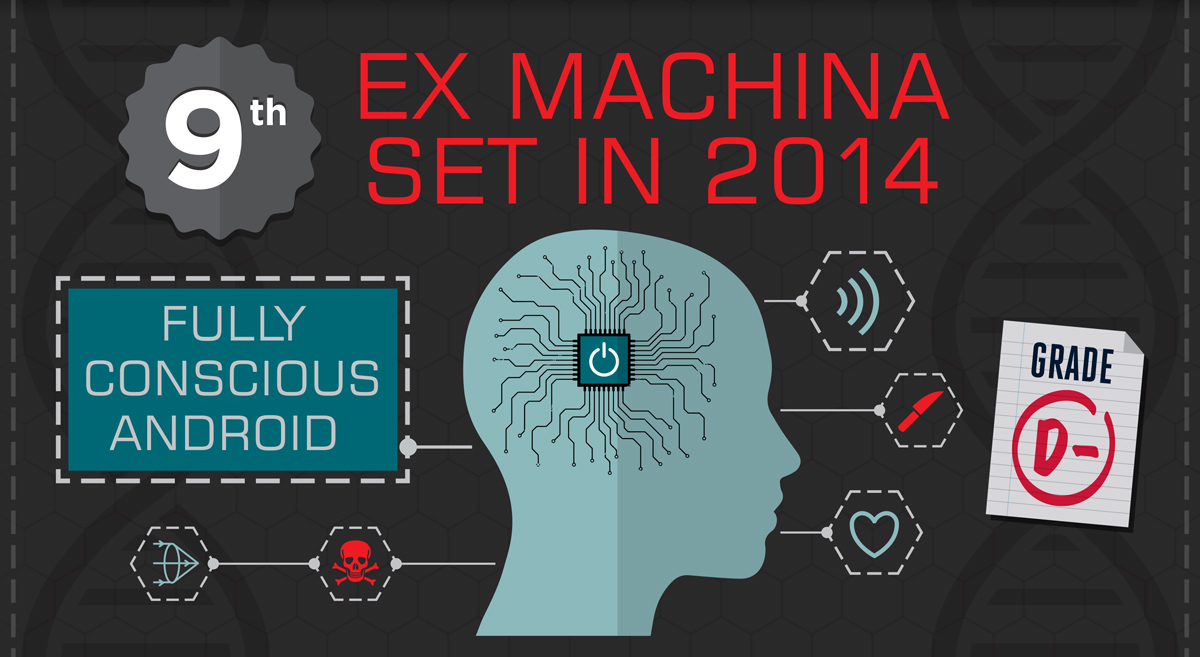 Ex Machina offers a chilling take on the future of artificial intelligence, raising thought-provoking questions about the potentially dangerous implications and consequences of interacting with exceptionally intelligent androids.

Alex Garland’s stylish directorial debut balances the promise with the peril, as young programmer Caleb Smith (Domhnall Gleeson) is selected to participate in a groundbreaking experiment to evaluate the advanced capabilities of a humanoid A.I. named Ava (Alicia Vikander).

According to Peter Scott, an ex-computer engineer at NASA, you can stop side-eyeing everyone in your vicinity with the deepest mistrust. He told Plusnet that Ava’s physical appearance requires “non-existent technology for micro muscle movements.” 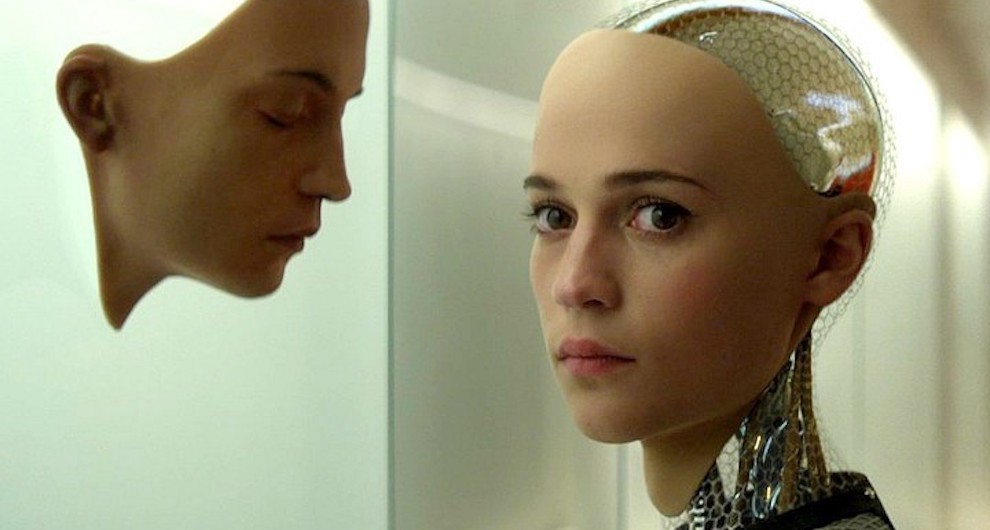 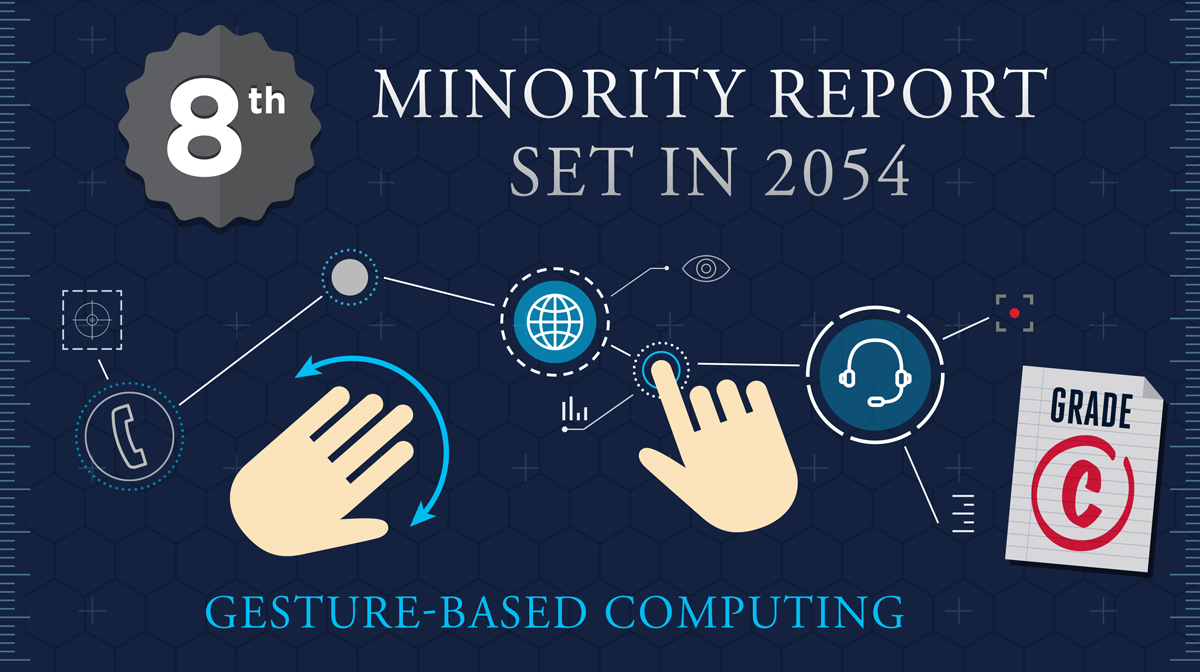 Set in the year 2054, Steven Spielberg’s Minority Report peers into the technology of tomorrow, giving particular attention to those interfaces that enable human bodies to interact with digital resources without physically using input devices.

Based on a short story by Philip K. Dick, this thrill-ride into the future takes a deep dive into the complexities of precognitive technology, concealed identity, and multiple time paths, as Chief John Anderton (Tom Cruise) is tasked with preventing murders before they ever occur.

Casting the time travel element aside, gesture-based computing is already in use to a certain extent but the full realization of its potential may be several years away. Also, it should be noted that some components depicted in the movie would not be sustainable in the long run. 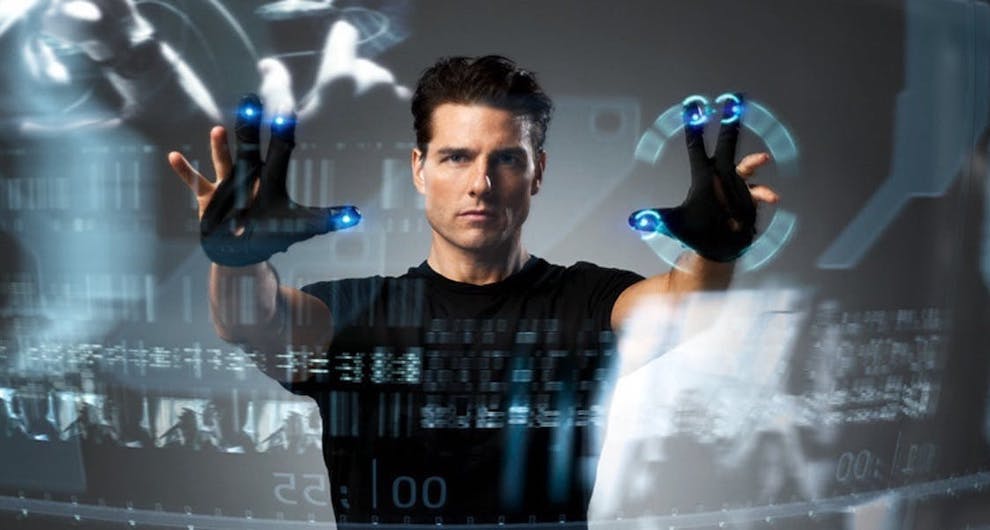 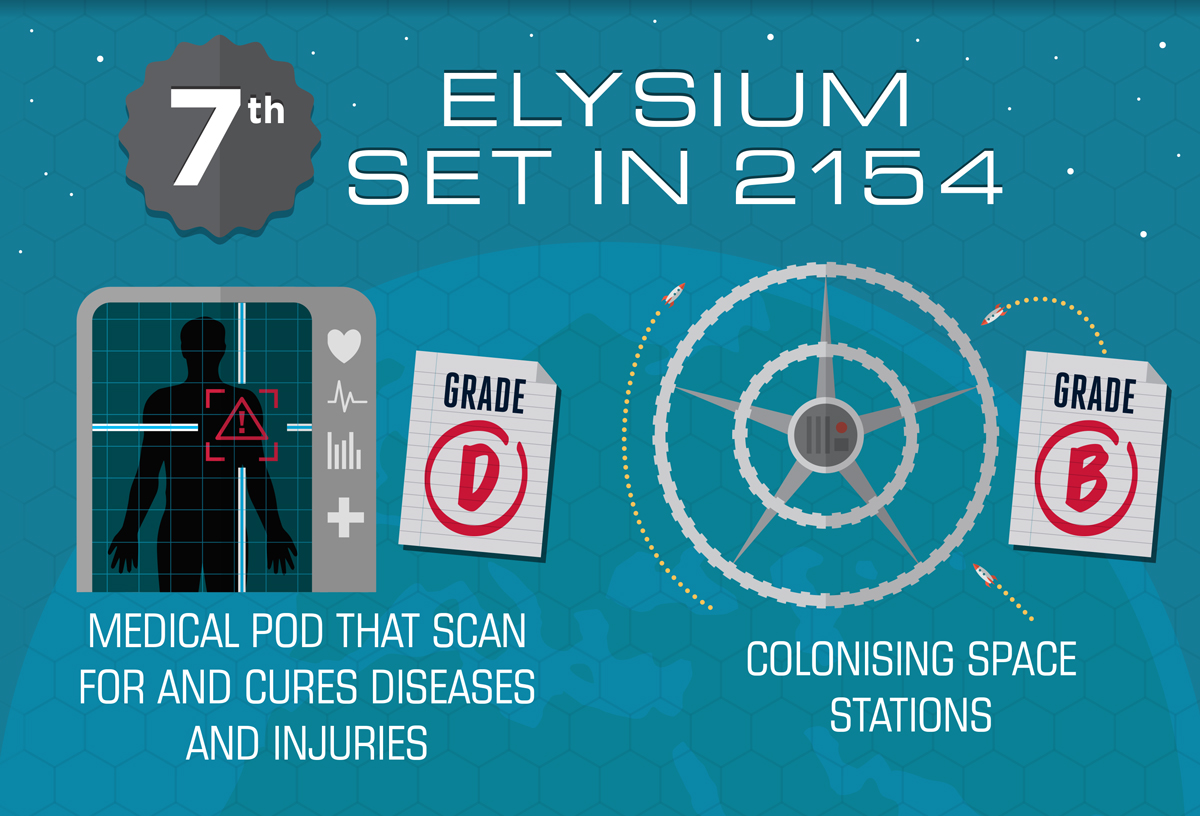 Zooming ahead to the year 2154, Neill Blomkamp’s Elysium presents a dystopian vision of a future that’s loaded with technological innovations and discoveries, representing only a slightly more exaggerated view of the present.

The movie takes place in the aftermath of an apocalyptic event, whereby a hardscrabble hero known as Max (Matt Damon) is seen taking on the gargantuan task of trying to restore equality between two opposing worlds inhabited by two very different classes of people.

In this instance, the colonization of space stations is not such a giant leap since it’s a well-documented fact that humans have been living and working from these interstellar observatories for quite some time — so while this prediction is certainly accurate, it is perhaps a little too limited.

Laura Forczyk, a space industry analyst who specializes in emerging human spaceflight, explained there would be “many” successful space stations in the future, “varying from luxury to economy.” However, the introduction of high-tech medical pods that have the capability of identifying and curing patients’ diseases or injuries still have a long way to go before becoming a full-on reality. 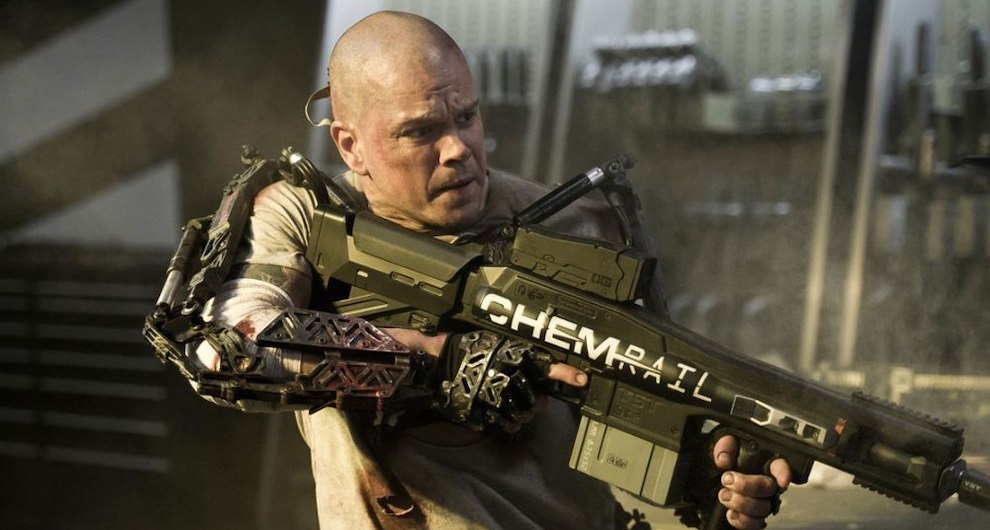 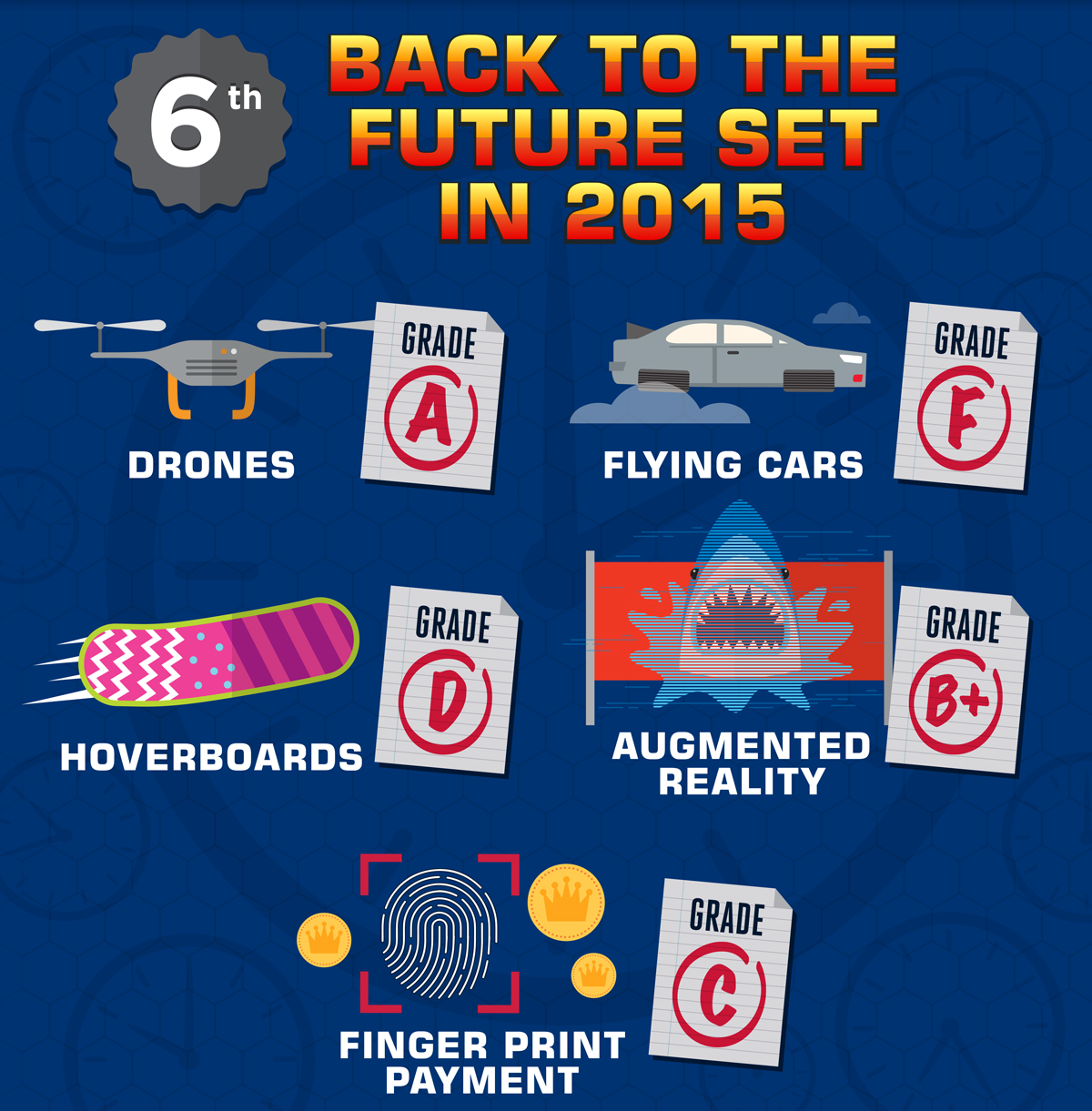 Back to the Future Part II wowed audiences with its futuristic view of the year 2015 – a time that sees Hill Valley residents grab their self-lacing shoes from the closet, jump in their flying cars to access the skyway, and consume dehydrated pizza for dinner on the daily.

Rather remarkably, the crazy inventions dreamt up by writer Bob Gale and brought to the screen by director Robert Zemeckis have proven to be somewhat prescient in the thirty years since the movie’s release.

BTTF 2 envisions the use of drone technology for walking dogs and photographing events to report the news. Now while drones don’t serve these purposes at the moment, this possibility is perhaps closer than we think. Other semi-accurate predictions include fingerprint recognition and augmented reality, both of which appear in a more refined manner in the movie than the actual implementation in real life.

Sadly though, hoverboards and flying cars haven’t filtered into mainstream use just yet. This is largely due to the technical difficulties that would be presented in creating such technology, not to mention the dangers that could arise from their widespread distribution. 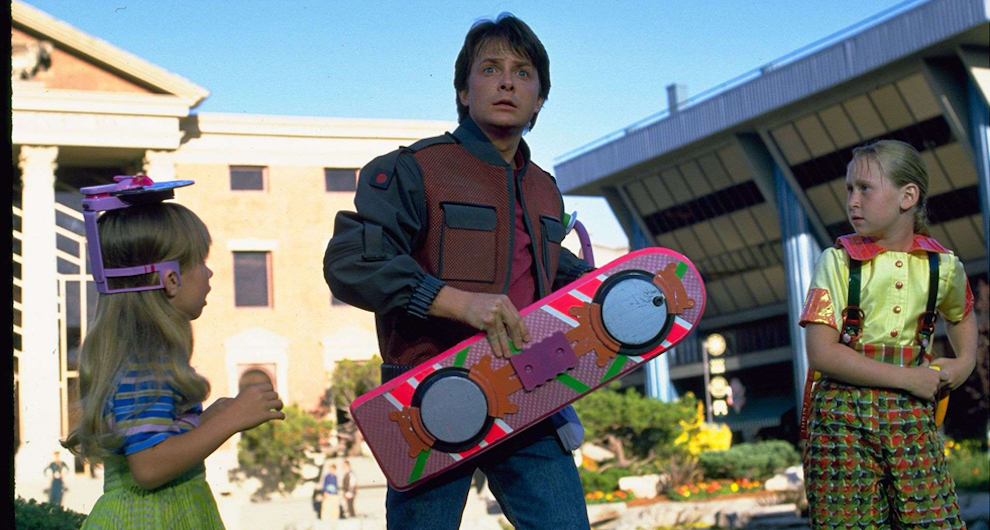 In the romantic sci-fi drama Her, director Spike Jonze creates a modern world fused with various pieces of technology. The movie illuminates the importance of human connections and reflects on our own society, as it seems in-person social interaction is gradually becoming displaced by screen interaction.

Sharing a somewhat plausible glimpse into the not-so-distant future, Her charts the daily life of a withdrawn writer called Theodore (Joaquin Phoenix) who develops an unlikely bond with his computer’s highly advanced operating system.

The operating system (voiced by Scarlett Johansson) includes a virtual assistant with artificial intelligence that has been designed to display human emotions. In reality, we may have the hardware, but the level of machine consciousness depicted in the movie is way more advanced than anything currently in existence. 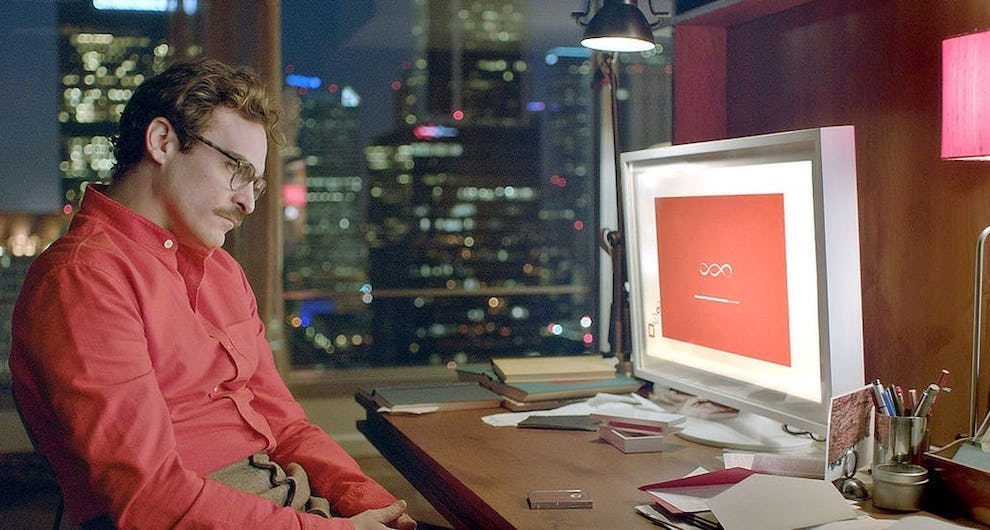 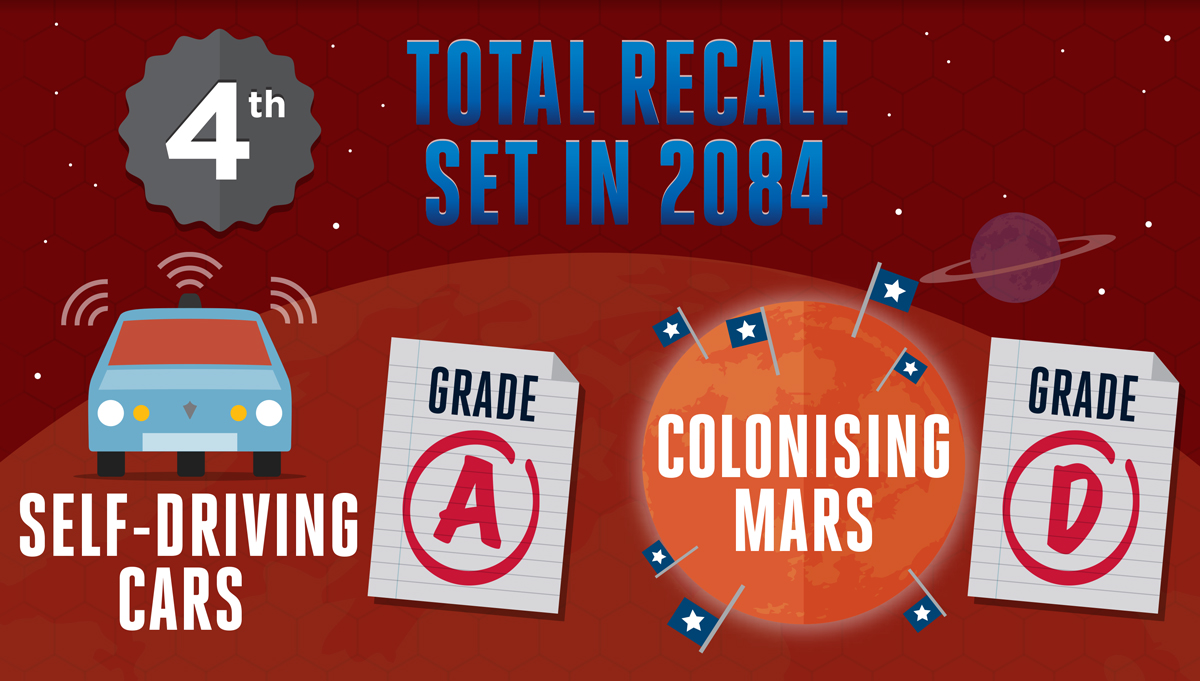 Paul Verhoeven imagined a high-tech spectacle future in his sci-fi classic Total Recall, which features everything from animatronic disguises, self-driving vehicles, and the colonization of another planet in our solar system.

The movie, loosely based on a 1966 short story from the mind of Philip K. Dick, follows the footsteps of construction worker Douglas Quaid (Arnold Schwarzenegger) living in the year 2084. Doug is haunted by a recurrent dream that forces him on a journey of discovery to outer space.

Perhaps unsurprisingly, a Mars-based society falls on the lower end of the accuracy scale, as we are still a long way from safely deploying humans to explore the red planet. However, at the other end of the scale, autonomous cars with “extensive driver support systems” may be here within the next decade, according to automotive expert Jon M Quigley. 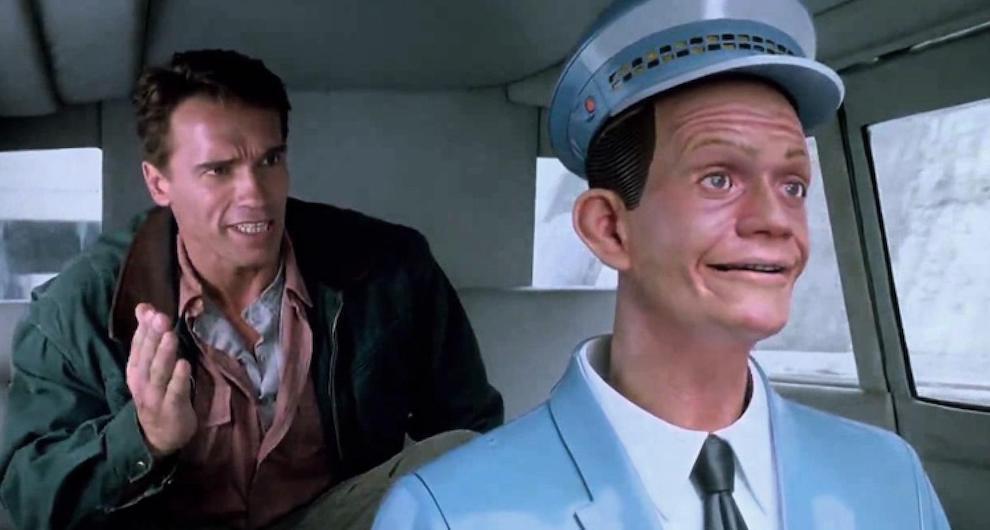 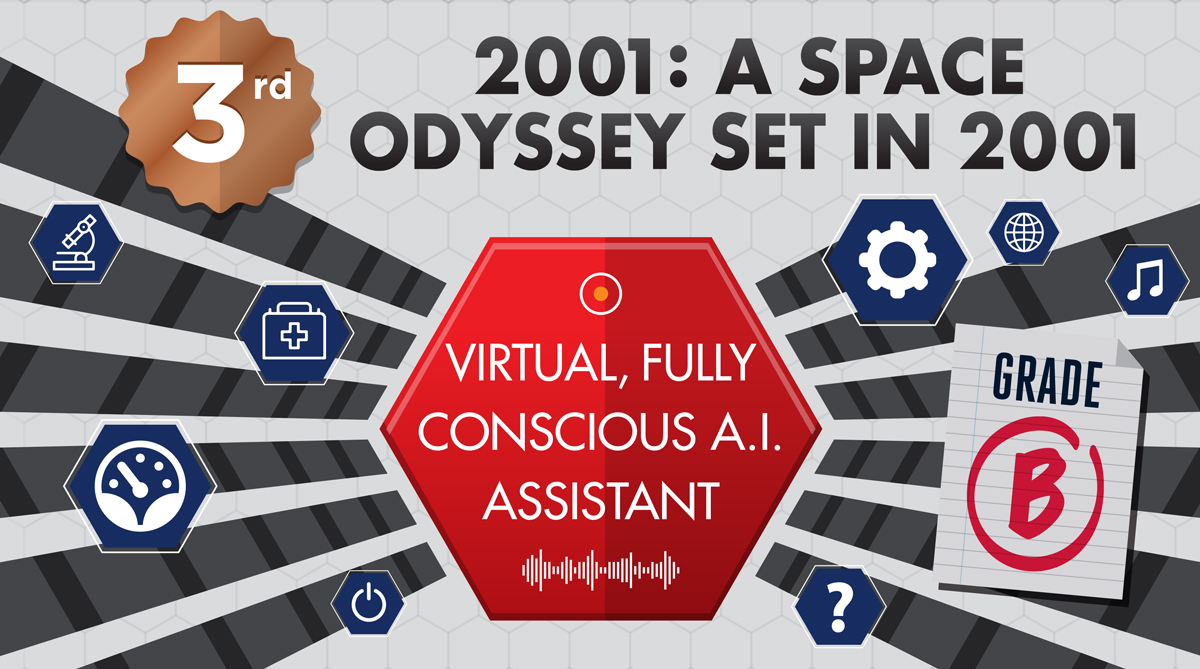 Over 50 years ago, 2001: A Space Odyssey premiered a startlingly prescient vision of the future with its technological advancement foreshadowing the development of voice recognition, artificial intelligence, and much more.

Today’s A.I. assistants have already surpassed HAL’s level in their abilities to read human emotions, contribute to conversations, and dictate decisions. Thus, A.I. author Peter Scott suggests that HAL being a product of the year 2001 may be the biggest issue with the prediction.

“It is telling that 2001 shows us how powerful HAL is by showing him beating a human at chess. We now know that was a much easier accomplishment (achieved in 1997) than any level of artificial general intelligence,” he reflected. 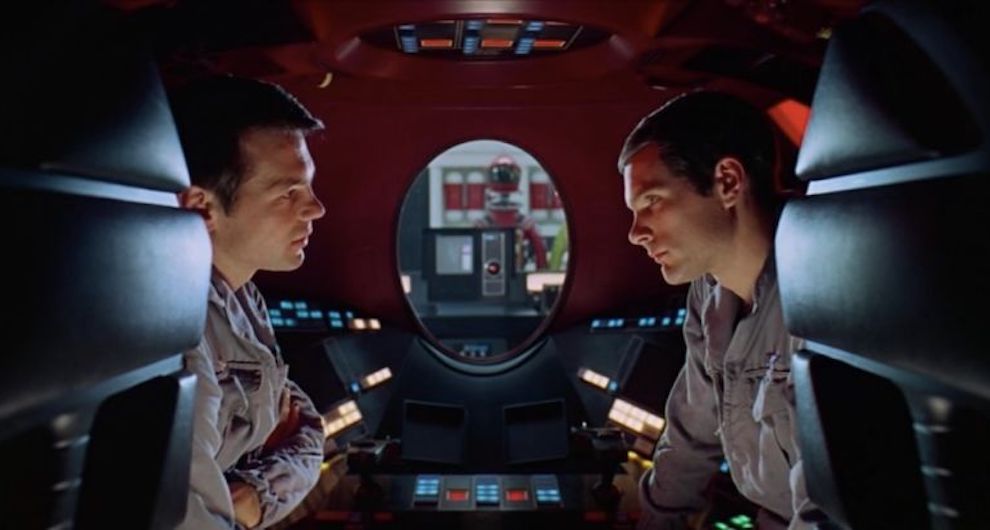 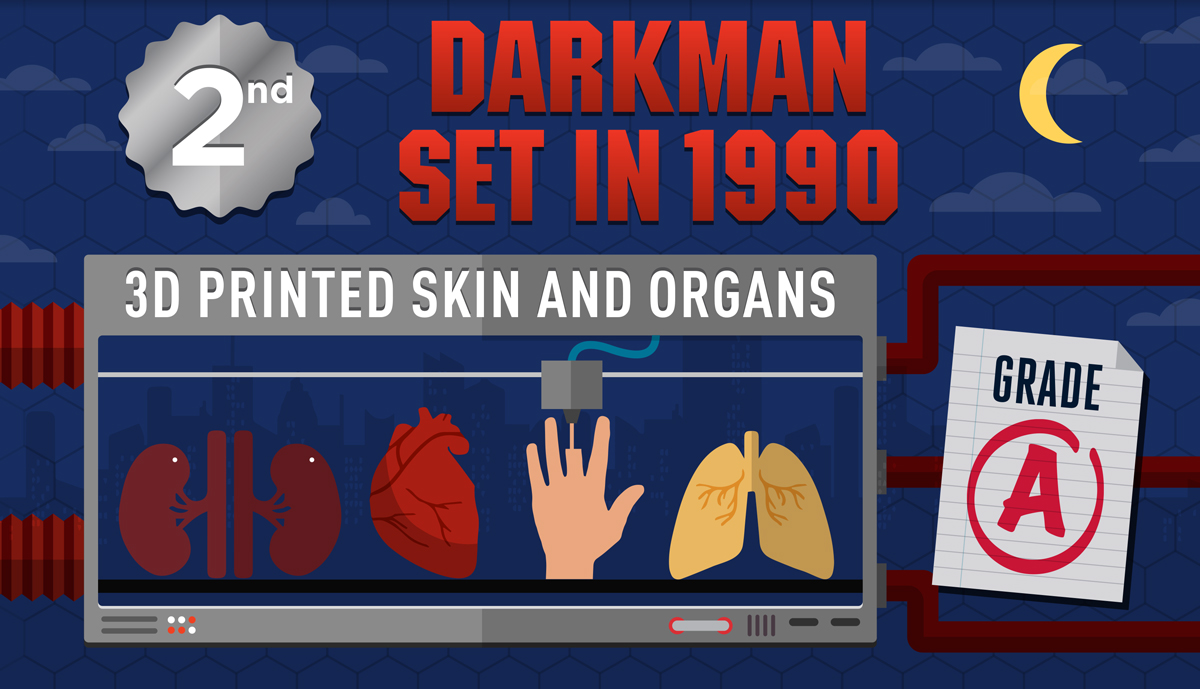 Sam Raimi’s sci-fi crime melodrama Darkman is a superhero movie ahead of its time in more ways than one; chronicling the life of a brilliant scientist (played by Liam Neeson) who sets out to avenge the crime bosses that left him for dead after burning him alive.

The use of medical technology is central to the storyline of this 1990 movie, as Dr. Peyton Westlake discovers a way to produce synthetic skin, allowing him to attempt to reconstruct his disfigured face in the aftermath of his assault.

Remarkably, the movie correctly predicted the eventual development of 3D printing, as now two decades later, the tech is becoming a reality. Anne Zieger from The Healthcare AI Institute confirmed that it is possible for 3D printers to turn out human organs, including skin. 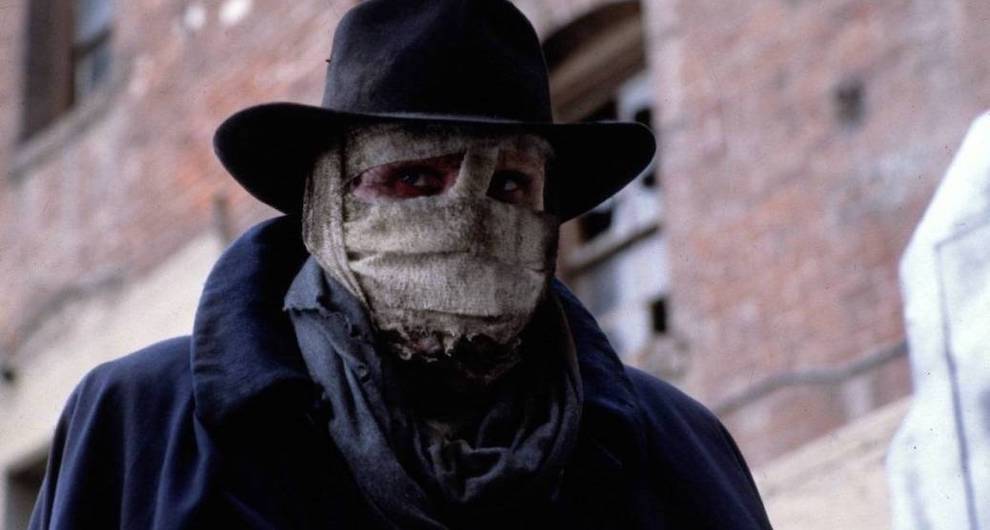 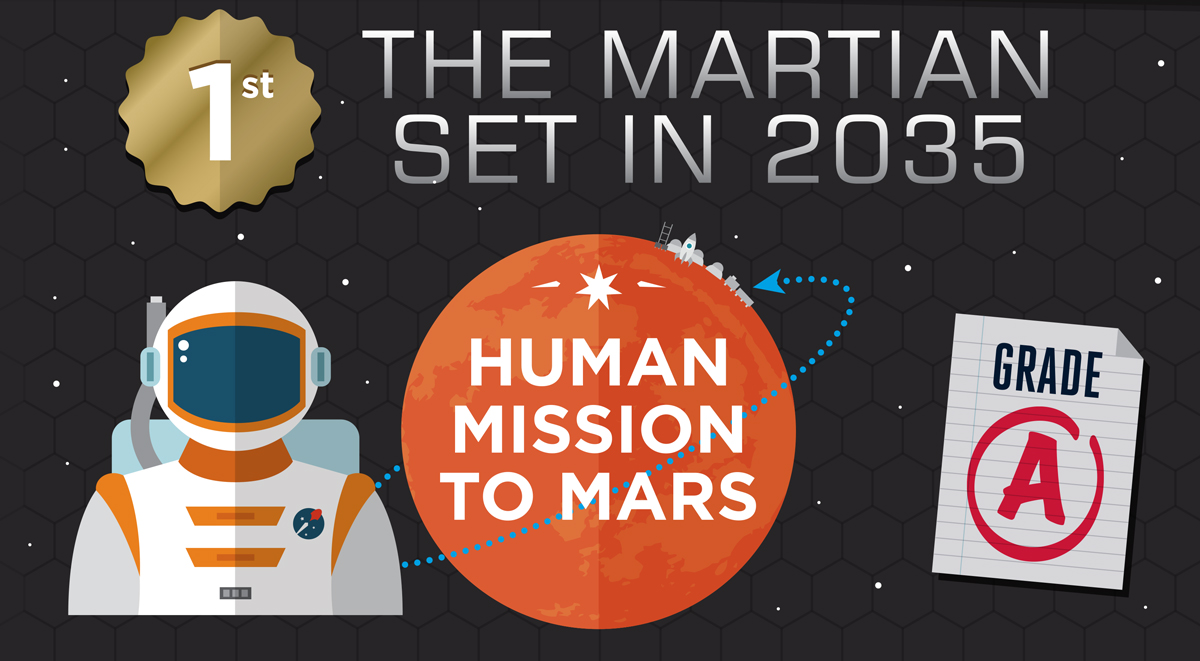 In the race to accurately prophesize the future, The Martian ranks top of the leaderboard with its bold technological foretelling of a human mission to Mars in less than twenty years. Field expert Laura Forczyk cites this as the most realistic of all popular sci-fi movie predictions.

Based on the best-selling novel of the same name, from author Andy Weir, the space movie adaptation tells the tale of astronaut Mark Watney (Matt Damon) who becomes stranded on Mars after a NASA mission goes awry and he is presumed dead.

With the story being set in 2035, Laura reasoned that the “realistic timeframe” combined with the “spacecraft, spacesuits, tools, and mission objectives” are extremely close to what an early expedition to Mars would be expected to look like.

“NASA and private industry such as SpaceX hope to send the first human expeditions to Mars in the coming decades,” she told Plusnet. 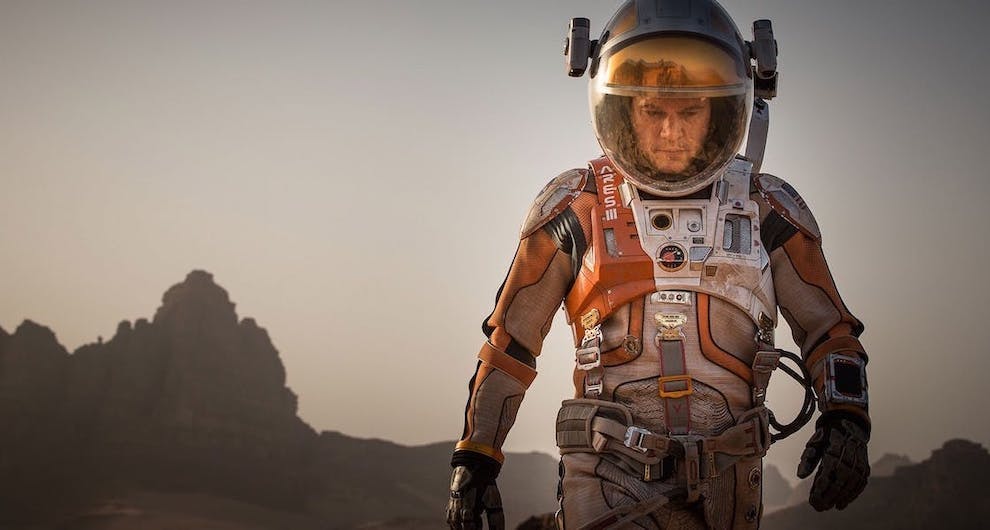 The sci-fi genre is renowned for breaking new ground with its lens so often acutely focused on what the future may hold for us, and with a plethora of predictions out there we want you to let us know if you think we’ve missed any great sci-fi movie tech predictions.

So, Let Your Geek Sideshow and share your thoughts in the comments!