In last week’s Star Wars™ story, Obi-Wan Kenobi™ split much of his time between the past and present. He remembered his time with Anakin Skywalker™ while also trying to lead Princess Leia Organa™ to safety.

Part VI brings us to final confrontations, ties up loose ends, and leads us back to the desert. After you’ve checked out our recap for Part V, keep reading for our recap and review of the sixth and last Obi-Wan Kenobi™ episode below.

Last we left Third Sister™/Reva™, she lost a fight with Darth Vader™. Now she’s traversing Tatooine™ with a lead on Luke Skywalker™. Accosting a merchant, she searches for information on where to find Owen Lars™.

Now, her motives are unclear. Is she searching for Luke for her own personal fulfillment? Does she now find pleasure in executing young Jedi™? Or is she trying to get back into Lord Vader’s good graces? Overwhelmed with pain and confusion, Reva herself doesn’t seem to know why she’s there. She’s only following instincts to hunt.

Meanwhile, the Empire pursues the Rebels’ small transport. Although they are en route to a safer planet, Obi-Wan Kenobi doubts they’ll make it. He confers with the engineers to confirm his doubts. Then, he entrusts Haja Estree™ with getting Leia Organa home safe. His rousing “You’re the future!” speech convinces the others. Yet Leia storms off.

However, Obi-Wan and Leia reconcile easily. Obi-Wan cares deeply for Leia, and Leia clearly thinks of him as family. They’ve been through so much together in these six episodes. We’ve definitely earned a quiet moment between these two characters. In it, Obi-Wan also gives Leia her first holster — Tala’s™ old one, sans a blaster, of course. Although she’s neither his Padawan™ nor his daughter, Leia has learned a lot from Obi-Wan. This scene shows us his redemption as a mentor, as well as her growth into the warrior she’s going to be. Obi-Wan Kenobi takes a ship to a nearby destination. Darth Vader, despite protests from the Grand Inquisitor™, follows. Finally, the moment we’ve all been waiting for! The final Obi-Wan vs Darth Vader duel doesn’t disappoint. It begins in this dark, desolate setting among massive rock structures. And it quickly escalates from there.

Darth Vader notes that Obi-Wan Kenobi’s strength has returned. It certainly has. This battle is far more fast-paced and pulse-quickening than their previous fight. Both men use their environment and execute impressive lightsaber moves. Eventually, Darth Vader buries Obi-Wan Kenobi under a pile of rubble and leaves him for dead. Thinking he is victorious, he walks away.

Cutting away from Vader and Obi-Wan, we return to the Lars’ moisture farm. Having learned of Reva’s intentions, Owen returns home and frantically tells his wife Beru to pack. But Beru isn’t leaving her home. This moment is particularly awesome because we’ve been given so little of Beru Lars™ in other Skywalker Saga™ installments. Now we understand she’s a capable, rifle-wielding, no-nonsense woman with a plan. “We knew this day would come,” she tells Owen. He wants to flee. She’s going to defend her family.

With the Tatooine defense established, we move back to our protagonist. This is undoubtedly the best scene in the entire show. Obi-Wan reconnects fully with the Force to push all those boulders off of him. He doubles down his attack on an unsuspecting Vader.

Now, Obi-Wan’s moves are more aggressive. He’s projecting his own guilt and sadness, as well as beating down the physical representation of all those negative emotions. Darth Vader’s suit even splits due to the relentless assault. Brought to his knees, a wheezing Vader looks up. His helmet has broken to reveal what’s underneath. A clear and heart-wrenching homage to the Vader vs Ahsoka Tano™ duel in Star Wars: Rebels™, Anakin Skywalker’s haunted yellow eyes stare into his old Master’s. His scarred face, warped voice, and metal visage bring Obi-Wan Kenobi to tears. He apologizes for everything that happened between them.

“I’m not your failure,” Vader insists. He explains that he killed Anakin Skywalker. We’re reminded of Kylo Ren’s™ monologue in The Force Awakens™. But this scene ends much differently than that moment on Starkiller Base™. Refusing to engage any longer, and knowing Vader is beaten, Obi-Wan walks away. Although it’s shocking, it makes sense, and it’s the only way their story can end. For now, of course. A New Hope™ closes the book on their years of unresolved, complicated feelings.

On Tatooine, Reva chases after a young Luke Skywalker. He falls from a rocky outcrop, the impact knocking him unconscious. As Reva raises her red saber to strike, she is reminded of her childhood. Memories of Order 66™ and Vader’s slaughter flash across her vision. Overcome, she shouts and then the scene abruptly cuts to Obi-Wan as he races to the farm to help.

He needn’t have been so frantic. We see Reva carrying Luke’s limp form in the distance. Although we know he’s alive, the sight is nevertheless chilling. Still, Reva brings Luke to his family. Then she collapses and tells Obi-Wan how much she regrets her actions. She never wanted to become like her greatest enemy. In a beautiful act of grace, Obi-Wan tells her that her mercy has honored her fallen peers’ memories, as well as taken her on the first steps back toward the light side. She casts down her lightsaber. This is where we leave Reva. 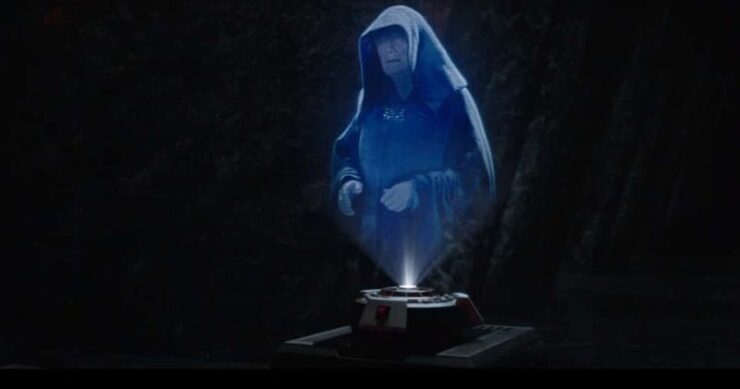 Following his defeat, Darth Vader retreats to his palace on Mustafar™. He’s alone. He’s enraged. Speaking to a hologram of Emperor Palpatine™, Vader expresses how he will pledge his full power to finding Kenobi. But the Sith Lord™ is concerned by Vader’s passion. He thinks Vader’s emotions cloud his judgment — something Anakin Skywalker once struggled with, and was chastised for by Yoda™. In the end, Vader changes course and promises the Emperor that Kenobi means nothing. It’s another classic case of repression that causes Vader to be as volatile and violent as he is in the future.

You’re My Only Hope Leia is reunited with the Organas. Her growth and independence are illustrated in a costume change indicative of many of her original trilogy looks. She meets her adoptive mom and dad at a landing pad, where they reveal their special guest of the day. Obi-Wan has come to visit, bringing the droid Lola™ as well as memories of Padmé Amidala™ and Anakin Skywalker.

Obi-Wan brings Leia aside to list the qualities she’s inherited from Obi-Wan’s loved ones. Not only is the moment a celebration of two fantastic Star Wars characters, but it honors everything the prequels gave us. We hope you loved it as much as we did. 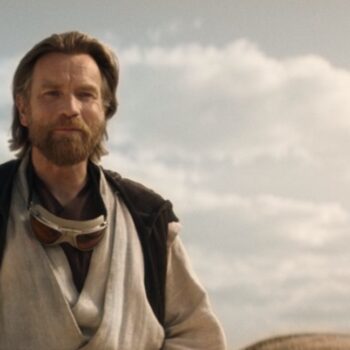 In the finale, Ben dons a new costume. The lighter robes are indicative of a lighter and freer mind, and of Ben more comfortably embracing his Jedi past. For Sideshow fans, this costume might also look familiar. In fact, director Deborah Chow cited Sideshow’s Mythos Ben Kenobi Statue as visual inspiration for the Obi-Wan Kenobi series.

Read more about the interview on our blog. And check out the Mythos Obi-Wan Kenobi Sixth Scale Figure on our website to view the similarities for yourself. From the colors to the goggles, the resemblance is uncanny!

With his new outfit on and an old gift in hand, Obi-Wan ventures to the Lars’ farm. A disgruntled Owen asks him what he’s doing there. But in the end, Luke’s uncle allows the old Jedi and the young boy to meet. We get a bit of fanservice in Obi-Wan’s greeting with the iconic “Hello there.” Nonetheless, the exchange is exciting. It makes us want to pop on Episode IV next, actually! It wouldn’t be a Star Wars series finale without a jaw-dropping cameo. Although many of us expected to see Qui-Gon Jinn’s™ spirit eventually, we were beginning to think he wasn’t coming. But the final few minutes of Part VI reminded us that patience is rewarded. Qui-Gon Jinn appears with a smile and a fond yet exasperated, “Well. Took you long enough.” Obi-Wan’s old Master explains that he has always been here, listening and watching, but Obi-Wan wasn’t able to connect with him until now.

Star Wars book fans know what comes next. Obi-Wan Kenobi will train with Qui-Gon and eventually learn how to live beyond death, too. The Obi-Wan Kenobi finale delivers a satisfying hint toward this future as Obi-Wan rides off into Beggar’s Canyon™, straight on toward the path he was always meant to walk.

What did you think of the Obi-Wan Kenobi finale? Join the conversation alongside other Star Wars fans in the Let Your Spoiler Sideshow Facebook Group, and don’t forget to Let Your Geek Sideshow!