Some TV shows stand the test of time. While there are many series today filled with intricate, expansive plotlines and realistic special effects, we can’t forget that this is all thanks to the old classics. These treasures paved the way for future entertainment programming, and the really good ones were creative, risky, and sometimes controversial.

Let’s explore the history of TV sci-fi starting with that delightful era known as the ’50s and ’60s. 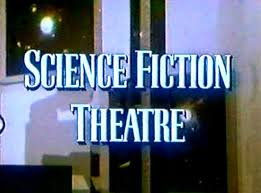 Science Fiction Theatre was basically The Twilight Zone before The Twilight Zone. Actually, in all honesty, it was only similar in being an anthology series featuring a different sci-fi story every week. It didn’t have the presence of Rod Serling, so it didn’t stick with viewers as much as the later icon did.

Interestingly, the first season (1955-1956) was shot in color, while the second season was filmed in black and white. The change was put into effect to cut the cost of production.

Though it didn’t have the same cultural impact as other shows, Science Fiction Theatre remains an important part of television history (due mostly to its instance of picture format change, the reverse of what other TV shows were doing by switching from black and white to color). 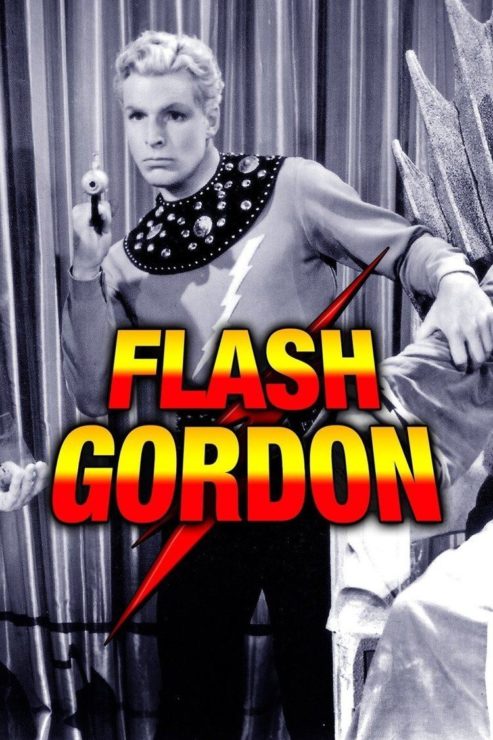 A comic strip was created in the 1930s by Alex Raymond called Flash Gordon, and it went on to become a cultural icon. Young kids and the young-at-heart alike clamored at the newsstands to find the comic strips within, and it remains to this day one of the most popular science fiction series of all time.

Flash Gordon has been adapted into films, cartoons, and toys, but one of the most popular forms it took was its first TV series from 1954 to 1955.

The story changed a bit from the comic strip, but it still centered on the same characters. It detailed the adventures of Flash Gordon, Dr. Zarkov, and Dale Arden, who traveled through space to fight intergalactic troublemakers. 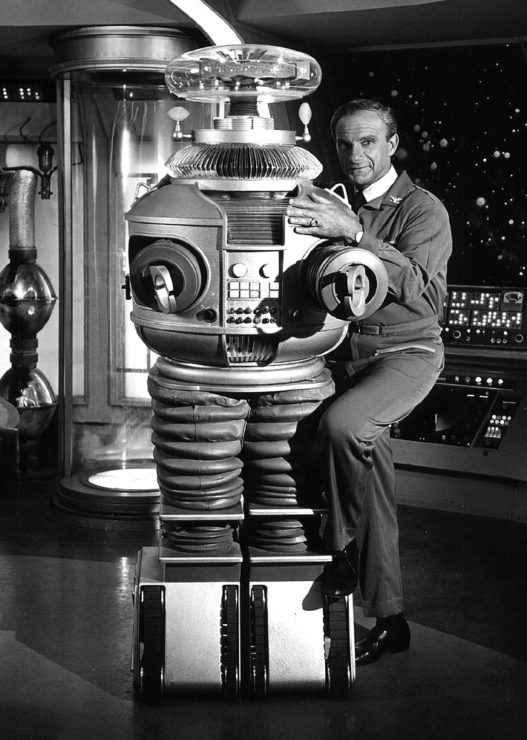 From 1965 to 1968, the original Lost in Space aired on CBS. It centered around the adventures of the Robinsons, a family traveling through space.

Based on a novel and a comic, the series was loved for its campiness. The characters were interesting, especially Dr. Zachary Smith, a mischievous man who sabotaged the family’s mission and ended up hurling the spaceship into unknown territory.

But the most remembered character is The Robot, a silly-looking machine that accompanied the characters on their journey. His appearance is nothing less than iconic, as is his catchphrase: “Danger, Will Robinson!”

The series was most recently reimagined on Netflix as a sleek, darker version that removed all the camp but retained all the wonder with awesome special effects. 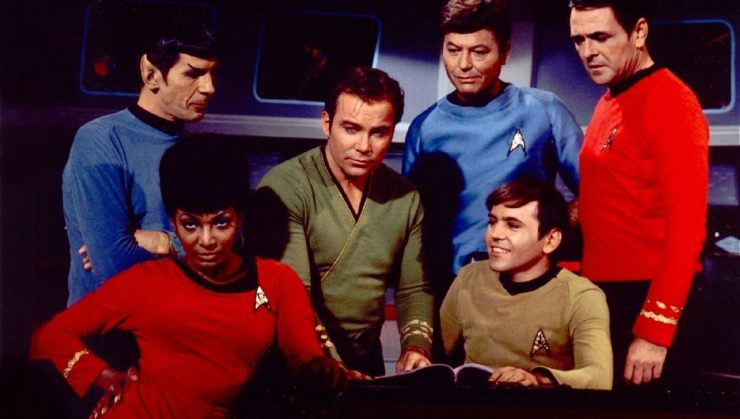 Star Trek (1966-1969) is one of the most successful sci-fi franchises of all time, and it all started as a cerebral space western in the 60s.

The original series, created by Gene Roddenberry, was described as a “Wagon Train to the Stars” and featured epic adventures mixed with dramatic characters.

The series centered on the Starship Enterprise, an exploratory vessel captained by the indomitable James T. Kirk. Joining him was a crew of about 400, including the other two main characters. Dr. Leonard McCoy was a grouchy but lovable old surgeon, while Commander Spock was a human-Vulcan hybrid with the logical mind of a computer.

Star Trek is loved for its hopeful view of a future in which all of humanity joins together for the laudable goals of exploration and friendship.

From 1963 to 1965, The Outer Limits aired on ABC. It was a sci-fi anthology series with a different story for every episode, often centering around aliens or other strange creatures.

The series was directly inspired by The Twilight Zone. Though it isn’t as well-remembered as its counterpart, it’s still celebrated within many levels of geekdom.

Each episode’s introduction was a treat for viewers: “There is nothing wrong with your television set…You are about to experience the awe and mystery which reaches from the Inner Mind to…The Outer Limits.” 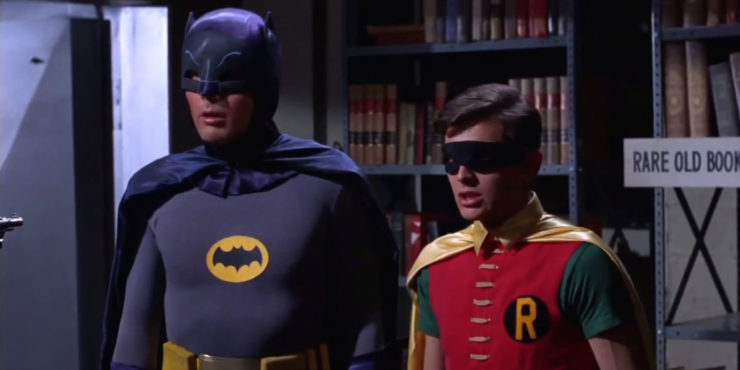 Super-heroes weren’t always dark and mysterious. Though Bob Kane’s Batman character was a lot edgier in the 1940s comics, by the ’60s he had become sort of goofy, but still entertaining.

A perfect example of this is the Batman TV series that aired on ABC from 1966 to 1968. The show featured Batman and his sidekick, Robin, fighting crime and teaching young viewers lessons about health and safety.

It was all kind of ridiculous, aimed chiefly at children (Shark repellant!). But it was an important part of TV history that provided thrilling escapist entertainment. Adam West’s performance as Batman and Cesar Romero’s as the Joker are particularly remembered. 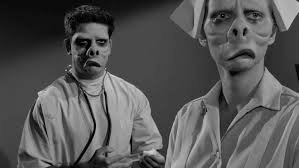 The Twilight Zone can rightly be called television royalty. The series seems like pure escapism on the surface, featuring wild episodes about aliens, time travel, and other sci-fi tropes. But as the show progressed, people started noticing deep themes that resounded with the audience in a practically spiritual manner.

Faith, religion, war, and murder were frequently brought up in the various plots. Such classics include “The Monsters are Due on Maple Street”, which demonstrated that panicked humans are the real monsters, and “I Am the Night: Color Me Black”, a story about a hateful town where the sun actually refuses to shine on the day of an execution.

The most amazing thing about the series was the creator and narrator, Rod Serling. He frequently wrote and directed the episodes, and his amount of control over his own property is inspiring to countless writers and filmmakers. His honest, serious, and sometimes creepy voice was an important part of many childhoods.

What is your favorite classic Sci-Fi series? Let your Geek Sideshow and tell us in the comments!