We’re setting our phasers to stun… because it has officially been ten years since the release of J.J. Abrams’ first entry in the rebooted Star Trek movie series, which originally beamed into theaters on May 8th, 2009.

Here at Sideshow, we figured that it would be highly illogical for us to skip past this milestone anniversary, so instead we have scanned the data from Starfleet’s most classified files to present some of our favorite behind-the-scenes secrets, surprise cameos and geeky details about the prequel movie.

Now we suggest that you grab your communicator, throw on a red shirt and join us on The Bridge as we boldly go where no man has gone before with our maiden voyage into the Top 10 Things You Might Not Know About The Star Trek Reboot.

10. Top-Secret Production Was Shrouded In Mystery 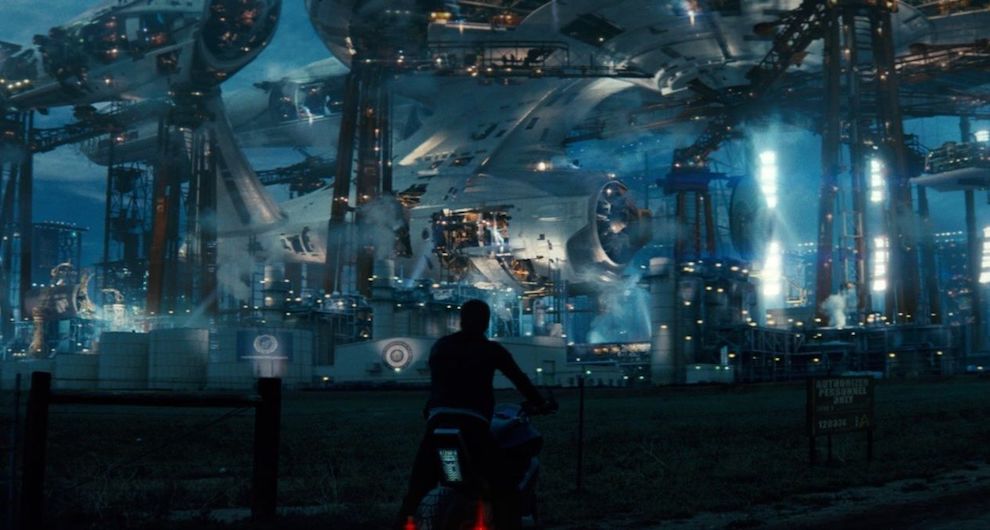 By now, it’s a well-known fact that Star Trek movies are often shrouded in mystery, but this particular production was kept even more secret than the work of the Section 31 intelligence group.

The production team behind the reboot enforced strict security throughout the project, which was codenamed Corporate Headquarters, as per the TrekMovie site. Cast members were given firm rules surrounding the shoot and the script was fiercely protected with extremely restricted access.

To keep everything under the radar, actors and actresses were reportedly banned from walking around in public in their costumes and were regularly herded between sets in golf carts that were concealed beneath black canvases.

The shooting script was handled with extreme care to avoid any leaks on the outside. As such, supporting cast members were only given scripts for their scenes and main cast members followed safety protocol when reading their dialogue. Simon Pegg once revealed that he read the script with a security guard in close proximity.

Outside of the primary crew on set, only a few people were granted access to the movie during its highly secretive production, including Rod Roddenberry, Ronald D. Moore, Nichelle Nichols, Walter Koenig, Jonathan Frakes, Ben Stiller, Tom Cruise, and Steven Spielberg.

9. Simon Pegg Didn’t Actually Audition For The Role Of Scotty

Simon Pegg certainly had some big shoes to fill when he stepped into the role of Enterprise engineer Montgomery Scott for the Star Trek reboot, but it seems he had all the right tools for the job as he didn’t even have to audition for the part.

Instead, director J.J. Abrams reached out to the British actor by email to ask him if he would like to play Scotty and, as a self-confessed Star Trek fan, it didn’t take long for Pegg to accept the invitation to take on the role. In fact, he later admitted that he would have done it for free, or even have paid Abrams to star in the prequel movie if he had not been offered the role.

A few years earlier, in a strange (and slightly amusing) twist of fate, Pegg’s character on the British sitcom Spaced referenced the iconic sci-fi franchise. He commented on how it was a “fact of life” that every odd-numbered Star Trek movie was terrible.

So when he was assigned the role of Scotty on the eleventh movie in the series, Pegg famously remarked in an interview with Wired, “Fate put me in the movie to show me I was talking out of my ass.” 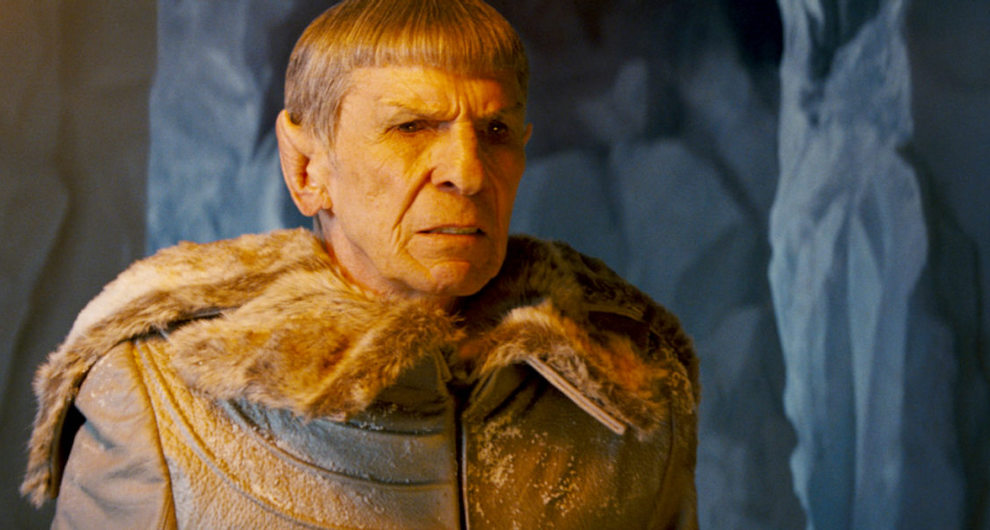 J.J. Abrams might have rebooted Star Trek with an entirely new cast playing Captain Kirk, Mr. Spock and the rest of the Starfleet crew, but a number of familiar names from the original movies and classic television episodes were also attached to the project.

The established cast members that appeared alongside Leonard Nimoy, who made a surprise cameo as Spock Prime in the 2009 reboot, include Wil Wheaton, who previously played Wesley Crusher in The Next Generation series; Wheaton recorded dialogue for several Romulans aboard Nero’s ship, while Majel Barrett, the wife of Star Trek creator Gene Roddenberry, returned to provide the voice of the Enterprise computer once more. She completed her recordings two weeks before she sadly passed away on December 18, 2008.

Back on the ground, W. Morgan Sheppard played the head minister of the Vulcan Science Council who resided over the meeting with Spock, addressing his applications to the Vulcan Science Academy and the Starfleet Academy. He previously had a Klingon role in Star Trek VI: The Undiscovered Country, as well as two guest appearances in separate episodes of The Next Generation and Voyager.

7. Uhura Is Given A Forename On-Screen For The First Time Lieutenant Uhura might have been a highly competent communications officer on board the USS Enterprise, but she frequently omitted her first name from the various verbal exchanges that she had with others.

Show creator Gene Roddenberry apparently didn’t decide on a name for the linguistic specialist on the production of The Original Series. However, he later approved the name “Nyota”, which was assigned to her by author William Rotsler in his licensed tie-in book, Star Trek II Biographies, in 1982.

Going forward, Nyota (meaning star in Swahili) began appearing in other printed literature related to the Star Trek universe. Then, in the 2009 reboot, Kirk repeatedly attempted to learn Uhura’s forename, which eventually lead to Nyota’s name being spoken on-screen for the first time.

6. A Cameo Was Written For William Shatner’s James T. Kirk

On the word of reports, early versions of the Star Trek script included a scene in which William Shatner would be able to reprise his role as Captain James T. Kirk from the previous timeline, as his beloved version of the character had kicked the bucket in Star Trek Generations.

Apparently, the scene would have avoided violation of the original canon by having Kirk appear in a recording that had taken place prior to the events of Generations. TrekMovie claims that the scripted message contained a birthday greeting for Spock Prime’s younger counterpart, which was to be shared with him towards the end of the movie.

In the end though, the creative team behind the reboot decided not to include the scene and consequently didn’t present the idea to Shatner. Therefore, it is unknown whether the veteran actor would have accepted the part, though he’s previously stated that he “does not do cameos” and the intended clip would probably be classified as such. Dammit, Jim! 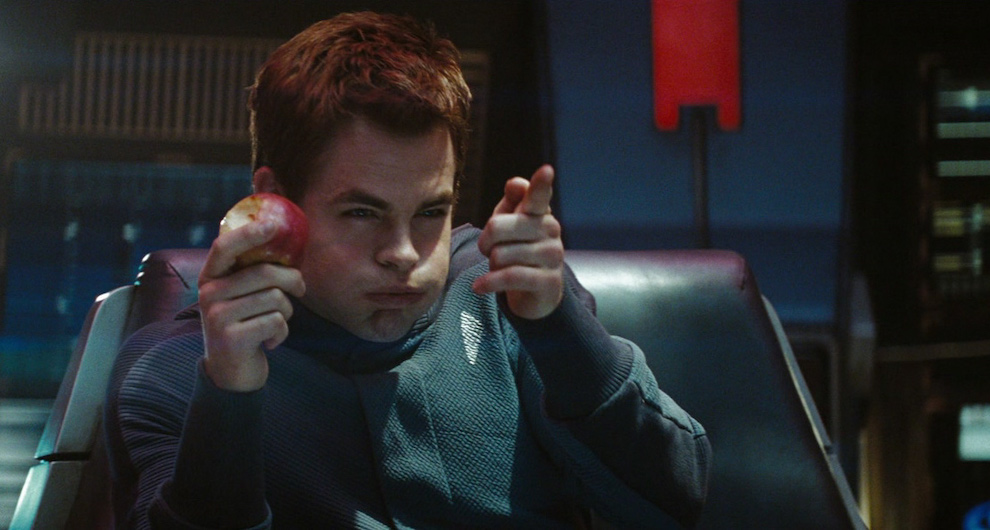 When in doubt, add some lightsabers. At least that seems to be the motto of legendary filmmaker George Lucas, who shared his expertise during production of the Star Trek reboot.

According to the DVD audio commentary, J.J. Abrams invited the Star Wars creator to a meeting wherein he presented a rough-cut of his movie. Afterwards, he requested feedback on how to improve the feature, to which Lucas comically suggested that he should add lightsabers.

Inevitably, the iconic weapon from the Star Wars franchise did not make it into the final cut of the movie, but Abrams did go on to direct Star Wars Episode VII – The Force Awakens a few years later, which more than made up for the lack of lightsaber action in his Trek prequel.

Over the years, the Vulcans’ famous “Live Long and Prosper” greeting has become cemented in the pop culture hall of fame and now it seems that Zachary Quinto, who plays the Kelvin timeline’s Spock in the rebooted trilogy, will be stuck with the split-fingered salute for quite a while into the future.

For some, the world-renowned hand gesture comes naturally, but for others it takes plenty of practice, determination, and… superglue! It’s understood that Quinto fell into the latter of these two categories as he reportedly had a difficult time training his hand to form the V-shaped sign.

Eventually, J.J. Abrams was forced to reach for the nearest glue pot and brush in order to physically bind the actor’s fingers together to create the iconic gesture for the shoot.

3. The USS Kelvin Was Named After J.J. Abrams’ Grandfather

If you had looked beyond the lens flare in 2009’s Star Trek reboot, you might have noticed another subtly placed trademark from director J.J. Abrams, hidden within the opening scenes.

The USS Kelvin, the ship that is commanded by Kirk’s father at the start of the movie, is in fact named after the director’s maternal grandfather, Harry Kelvin, who is believed to have been a highly influential figure in Abrams life as a young boy. As revealed in the DVD audio commentary, the vessel’s registry number is NCC-0514, which directly corresponds to his relative’s birthday.

In honor of his grandfather, Abrams has frequently dropped references to Kelvin throughout his projects. For instance, Mission: Impossible III features a letter addressed to a “H. Kelvin” and Star Wars: Episode VII – The Force Awakens includes a location known as “Kelvin Ridge.”

2. Other Actors Came Close To Playing Young Kirk And Crew 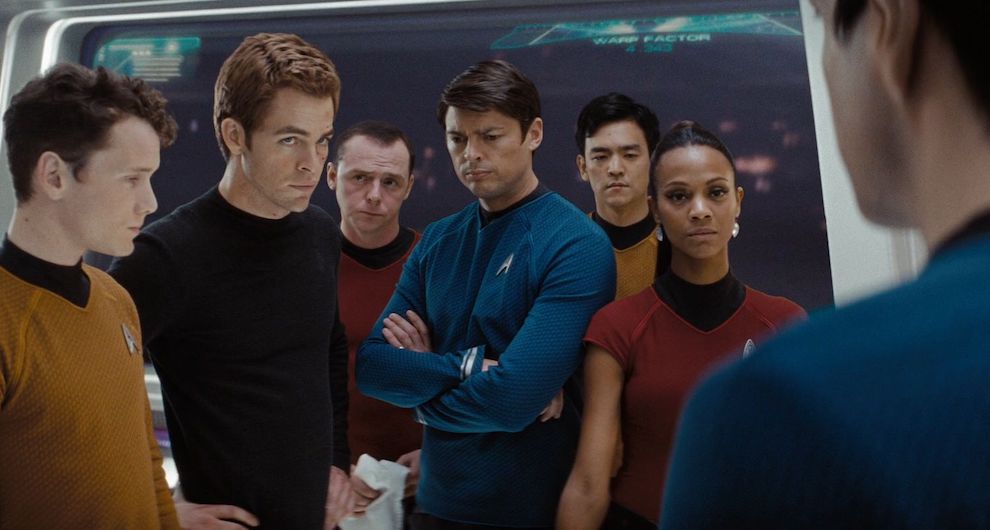 Now we know that it won’t be a shocker to any of you that there were a number of other actors and actresses considered for the main roles in Star Trek, however, a few of the names on the list might just trigger some Spock-style eyebrow raising.

Chris Pratt read for the role of younger James T. Kirk, alongside Joshua Jackson, Chris Prangley, and Mike Vogel. Outside of the audition room, Matt Damon contacted J.J. Abrams after he heard that he was being considered for the part. Abrams politely dismissed the claims, later explaining that he thought Damon was “too old” for the role. It was reported that Vogel had been the frontrunner to play Captain Kirk before Chris Pine was cast.

Elsewhere, Adrien Brody entered preliminary discussions to play the younger version of Spock before Zachary Quinto was selected. Paul McGillion originally auditioned for Scotty, but ultimately accepted the role of the Starfleet Academy barracks leader. Sydney Tamiia Poitier auditioned for the part of Uhura, and there were rumors that both Gary Sinise and James Marsden were considered to play Dr. Leonard “Bones” McCoy.

Finally, James Kyson Lee was reportedly offered the role of Sulu but was forced to decline the proposition, as he was already committed to Tim Kring’s drama Heroes. The producers of the series were not keen to lose another cast member after Zachary Quinto previously signed up for Abrams’ reimagining.

1. The Idea For A Star Trek Movie Prequel Was Teased In 1968 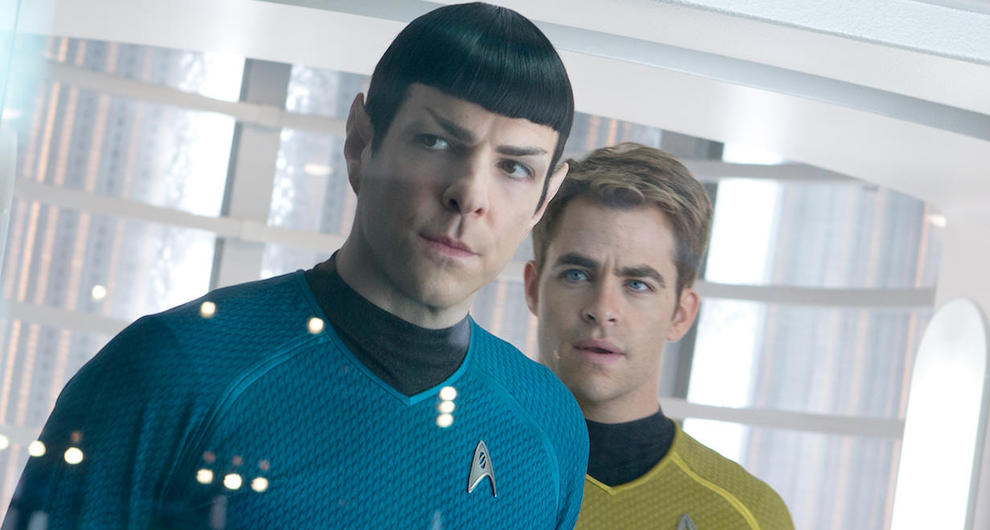 The Star Trek reboot was more than just a five-year mission, as the prequel to The Original Series was first proposed at the World Science Fiction Convention in 1968.

Gene Roddenberry shared the concept for the spin-off, focusing on how Kirk and Spock formed their friendship, but it was temporarily placed on hold until the 1980s when two writers reenergized the idea and produced a script titled Star Trek: The Academy Years.

Unfortunately, the project was shelved fairly quickly, as there were several objections and mounting concerns from the original cast, the fanbase, and the studio at the time, meaning that the younger characters’ storylines failed to make it onto the big screen until much later.

In fact, it was Gail Berman, then president of Paramount, who unearthed the proposal in 2005. She approached Mission Impossible: III writers Roberto Orci and Alex Kurtzman to assist in giving Star Trek the prequel treatment despite being unaware of the earlier concepts.

Which geeky details about the Star Trek 2009 reboot are the most surprising? Do you have any other enterprising facts to add to our list? Let Your Geek Sideshow and tell us in the comments!