Star Wars Holocrons – What Are They?

One of the main things fans have reacted to in the Star Wars prequels (both films and TV) is the addition of new information, including technology that was mostly forgotten about towards the start of the Original Trilogy timeline.

Some of these concepts, including the introduction of “midi-chlorians” as the source/catalyst of the Force, were hated. And yet, some of the new ideas were incredibly interesting and brought new depth to the franchise. 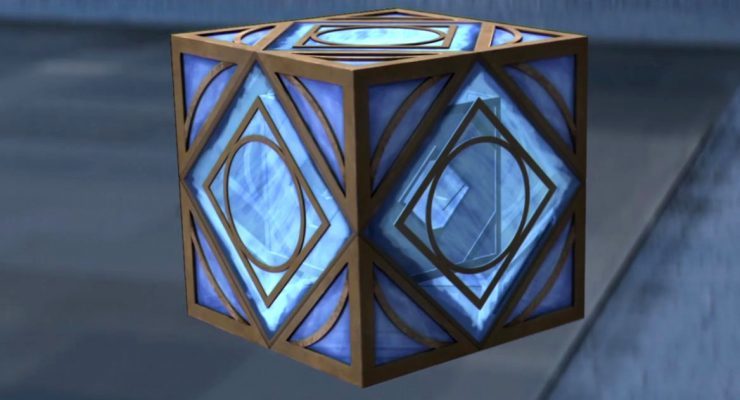 One of these ideas was the technology of holocrons, and though they appeared in works written in the 1990’s, they were greatly expanded upon by the Clone Wars/Rebels animated stories. These technological marvels are small objects that contain a wealth of information—a holographic library, if you will.

Though many datacron/holocron devices simply contained holographic video, there were some that were guided by a seemingly sentient projection of the one who stored information on the device. The machines came in all shapes and sizes, and they were used by Jedi and Sith alike.

There’s a lot more to them than just information storage. For example, the Jedi holocrons can only be opened with the Force, and they seem to have some sort of complex mystical power. They often contained extremely sensitive information pertaining to the Force, including training sessions and secret knowledge. This made them highly valued by both the Light side and the Dark.

The Jedi holocrons were typically shaped like cubes or many-sided geometric shapes. On Coruscant, they were carefully guarded by the Chief Librarian in the Holocron Vault of the Jedi Temple. The holocrons could only be accessed by the Jedi Council, but that didn’t deter villains from trying to get their hands on them.

A successful attempt to steal a holocron was made by the bounty hunter known as Cad Bane. He and his team, Clawdite Cato Parasitti and Todo the droid, made their way into the Jedi Temple thanks to Parasatti’s ability to shape-shift into Jedi Master Ord Enisence. The Clawdite, effectively disguised, worked at a console and found a way to allow the rest of the team access to the Temple. They succeeded, but Cato was captured and Todo was decimated by an explosive device that Bane had secretly implanted within him.

The whole reason they were after the holocron is because Darth Sidious had paid Bane to retrieve it. It could be used with the Kyber Memory Crystal, another valuable data storage device, to reveal the identities of all known Force-sensitive children in the galaxy—very useful information for the future Sith Emperor. Jedi Master Bolla Ropal was tortured by Bane in an attempt to make him open the holocron and connect it to the Crystal, but the Jedi refused and was killed.

Later, Anakin Skywalker’s Padawan, Ahsoka Tano, was captured by Bane after the two Jedi boarded the ship. Bane threatened to kill her if Skywalker didn’t open the holocron for him. The Chosen One’s deep friendship with his Padawan caused Anakin to obey Bane’s wishes, opening the holocron so that Bane could connect it with the Crystal.

Bane escaped and later succeeded in kidnapping some of the children for Sidious, but they were eventually rescued by the Jedi. 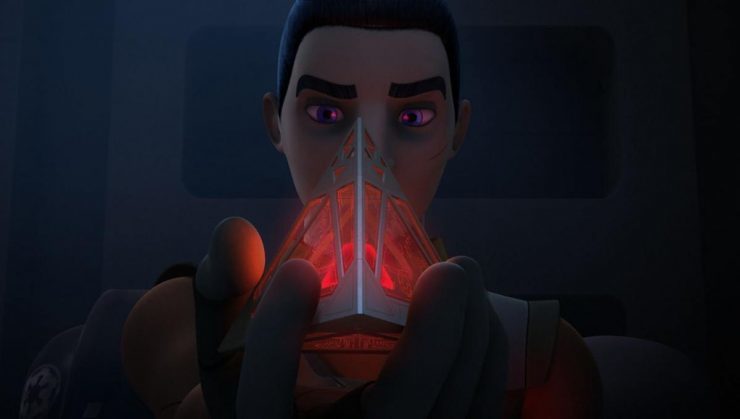 Ezra Bridger with a Sith holocron

The Sith also had their own holocrons, usually shaped like pyramids, containing ancient knowledge of the dark side. These were quite different from Jedi holocrons, as some of them could be used to open temple doors and even make powerful weapons. Also, according to Legends lore, the Sith were actually using holocrons centuries before the Jedi adopted the practice.

Most of the Jedi holocrons were lost thanks to Order 66 and the Jedi Purge, but a few left over were accessed by characters in the Rebels TV series.

One important arc in this series involved a Sith holocron, retrieved when Kanan Jarrus, one of the few remaining Jedi in the Age of the Empire, and his Padawan, Ezra Bridger, traveled to the ancient Sith Temple on Malachor. Their desire was to learn the temple’s secrets in hopes of defeating the Sith and the dark side. Maul, a former Sith and crime lord, was living on the planet and he befriended Ezra and helped him retrieve the Sith holocron. This holocron contained dangerous knowledge, along with an entity known as the Presence. This evil voice told Ezra that if he connected the holocron to the temple, it would create a powerful superweapon.

Ezra declined, but Darth Vader had arrived by that time. Vader was then engaged in battle with his former apprentice, Ahsoka Tano. As they fought, Kanan, who had just been blinded and betrayed by Maul, arrived to assist his apprentice with removing the holocron from the obelisk. Though they succeeded in removing it, the temple had built up a lot of energy, so they were forced to leave quickly before it exploded.

For a time afterwards, Ezra continued to seek guidance from the holocron, despite its obvious danger. Kanan later took the holocron from his apprentice and left it to a powerful Force-sensitive being known as Bendu. 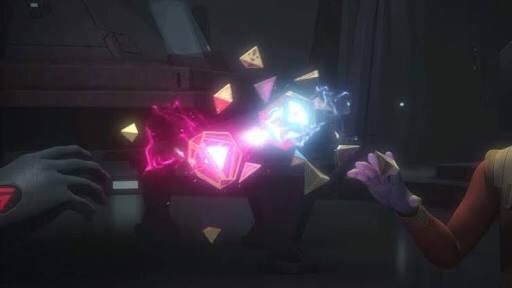 Later, Maul got his hands on this Sith holocron along with Kanan’s Jedi holocron, and he held Ezra’s friends hostage so that the two Jedi would bring him both devices. Ezra and Maul ended up connecting both holocrons, which was an extremely rare event that could potentially reveal infinite knowledge.

The connection between them was broken, but it was enough to reveal to Maul that his old enemy, Obi Wan Kenobi, was still alive. Though Maul escaped, he and Ezra were now telepathically linked, which made it easier for Maul to continue manipulating the Padawan. Maul soon found Kenobi on Tatooine, but Kenobi won the duel and killed the Dathomirian once and for all.

Outside of Star Wars on Screen

Aside from being an object in the Star Wars universe, the Holocron is also the name for the saga’s continuity database. This is a carefully kept system of information meant to ensure that there are never any continuity issues within Star Wars canon. The keeper of this important system is long-time Star Wars fan Leland Chee.

Replica versions of these artifacts are also featured in the Star Wars: Galaxy’s Edge theme parks at Disneyland and Walt Disney World

Would you like to see more holocrons in future Star Wars installments? Let us know in the comments, and don’t forget to Let Your Geek Sideshow!

Andy Muschietti to Direct The Flash Solo Film, New Synopsis for The Invisible Man, and more!