The Grand Army of the Republic is the most impressive institution in the world of Star Wars™. Arguably better organized than the Imperial Army that replaced it, the organization was formed as a response to the droid armies of the Separatists, rebels who followed the Trade Federation’s example and ceded from the legitimate ruling power.

Decisions were made at the highest level by the government, but the action was performed by an army of clone troopers led into battle by Jedi Generals. Though the true purpose of the army was orchestrated by the Sith Lord Darth Sidious™, the clones were heroic and righteous until Order 66, often rising above their genetic programming by demonstrating ingenuity and individuality.

The clones were organized into many divisions and subdivisions: battalions, squads, platoons, companies, etc. A few of these divisions became legendary for their skill in combat, which, again, far surpassed the Empire’s later soldiers, the Imperial stormtroopers™. Let’s take a look at some of these clone divisions and reflect on the ways they influenced the galaxy until the fateful day when the Republic was insidiously transformed into the Galactic Empire. 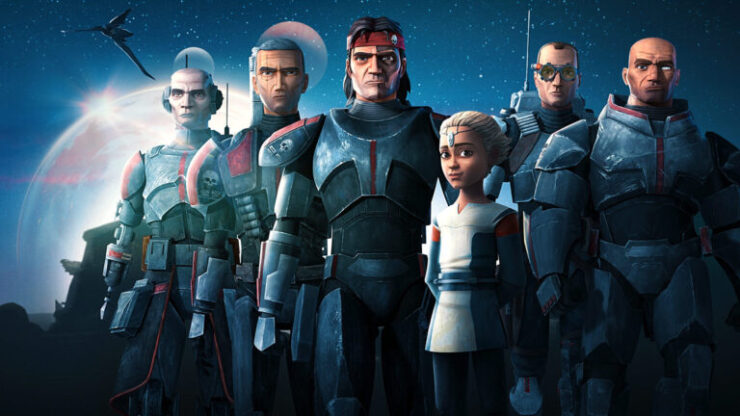 Clone Force 99 was a small squad of clones named after a malformed but heroic clone known as 99 who died in combat on Kamino™. Dubbed “the Bad Batch,” they were composed of genetic misfits whose mutations set them far apart from their counterparts in other squads. They looked different, sounded different, and each had different abilities based on their genes.

Hunter was an exceptional leader, and he could sense electromagnetic fields generated by droid units. Wrecker was larger and stronger than a standard clone. Tech had heightened intelligence and was good with machines. Crosshair, an excellent sharpshooter with enhanced vision, later betrayed the group and joined the Empire.

Clone Force 99 also recruited two other members: Echo, a clone grafted with cybernetics who was believed to be dead and Omega, a young female clone with an innocent heart and a brave constitution.

While with the Republic, the Bad Batch had a 100 percent mission success rate. Being programmed differently than the other clones, they didn’t execute Order 66 and most of the group didn’t become villains. However, their inhibitor chips did cause some problems later on.

At the rise of the Empire, they began working as mercenaries, often fighting Imperial Forces and other villains. Hunter and his team would become a close family unit. 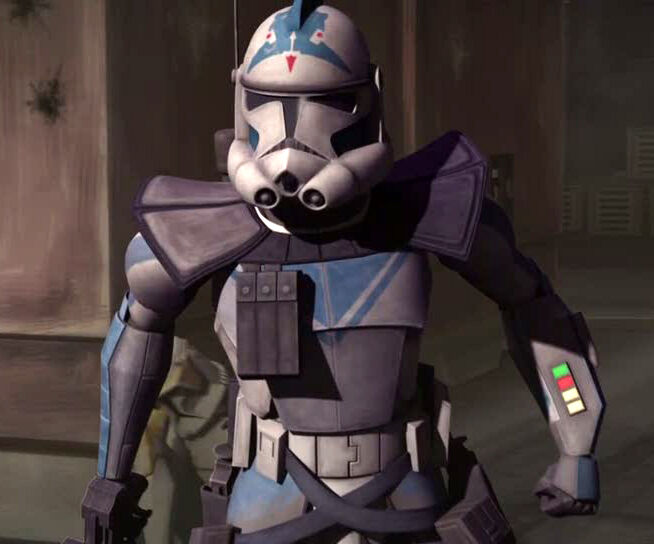 Rather than a specific division, ARC troopers — Advanced Recon Commandos — were a special rank of clone troopers. Members of this rank served in the most powerful divisions, including the 501st Battalion.

ARC troopers were better trained, had better equipment, and were generally tougher than their counterparts from other ranks. 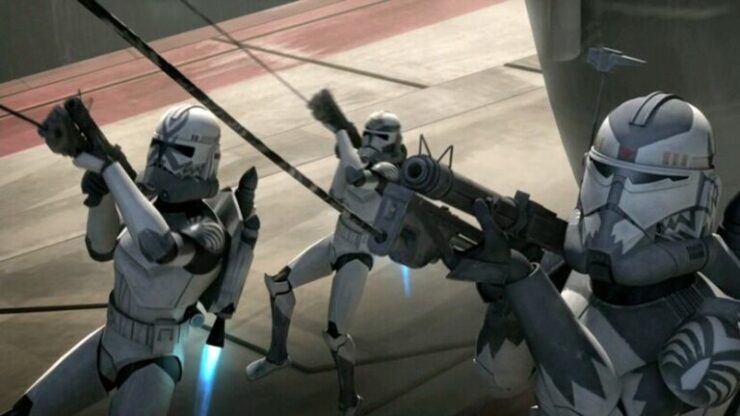 The 104th Battalion was another legendary clone group. Led by Jedi General Plo Koon™ and CC-3636, Commander Wolffe, they were an extremely efficient battalion that took part in many influential battles.

Nicknamed “the Wolfpack” after their clone leader, they primarily wore armor with maroon, pink, or silver markings, just like their ships and equipment. One of the most interesting things about the Clone Wars saga is the differences in design and tactics shown between each clone unit. The Wolfpack showed their fun, confident, and proud side with a symbol they put on their vehicles depicting Plo Koon, troopers, and the words “Plo’s Bros.”

Unfortunately, their affection for their general didn’t stop them from slaughtering him after receiving Order 66. 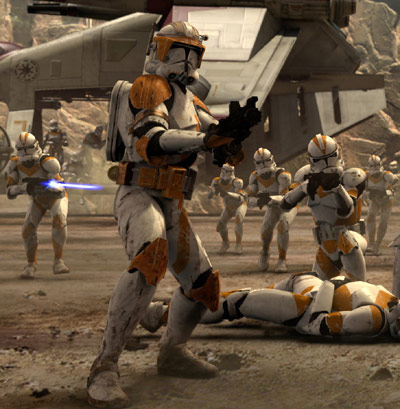 The 212th Attack Battalion was led by Jedi General Obi-Wan Kenobi™. Serving directly under him was Commander Cody. They battled alongside the 501st Legion, led by Anakin Skywalker™, on many occasions. Cody had a particularly strong relationship with the 501st’s Commander Rex™.

The clones, renowned for their air and space tactics, were fiercely loyal to Kenobi. This was especially so for Commander Cody, who maintained a close friendship with his general. Most Jedi showed kindness and respect for the clones under their command, but Kenobi looked on them more like equal comrades.

Notable battles included the Battle of Christophsis™ (an important early battle) and the Battle of Ryloth™. Cody and other members also helped rescue Even Piell™ and Captain Tarkin from the Citadel, a maximum security prison on Lola Sayu™.

The 212th’s most famous battle was the very last time they served the Republic at the Battle of Utapau™. They had helped Kenobi track down General Grievous, who was soon killed by the Jedi. Shortly after this, Cody became the first clone to receive Order 66 from Darth Sidious, formerly Chancellor Palpatine™. Cody and his team then brutally attacked Kenobi, their trusted friend of the past several years.

After Kenobi escaped, the 212th began serving the Empire by quashing a Wookiee™ rebellion on Kashyyyk™. 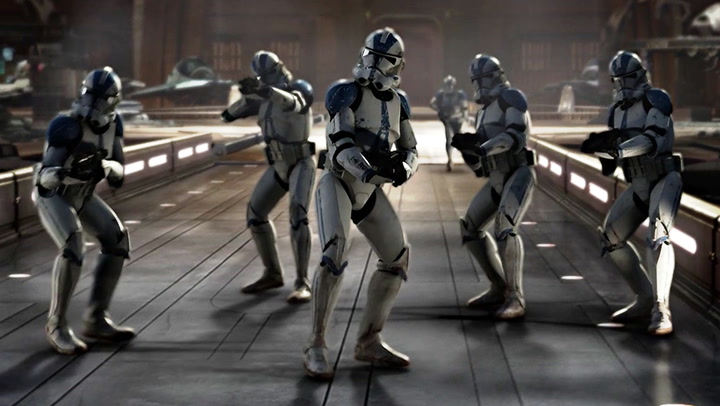 The 501st Battalion is probably the most famous clone division. Their Jedi Generals were Anakin Skywalker and Ahsoka Tano™, and their lead clone was CT-7567, AKA Rex. Other important members included Fives, Hevy, and Echo.

While all the members were elite professionals, it was mostly their leaders who led them to legendary status. Skywalker was arguably the most powerful Jedi of all, and both his and Rex’s tactics were widely viewed as brilliant.

The 501st were well known for several epic clashes that greatly impacted the galaxy, including the Second Battle of Geonosis™, the Battle of Umbara™, and the Battle of Christophsis.

Towards the end of the Clone Wars, Skywalker divided the 501st into two divisions. One, the 332nd Division, attacked Mandalore™ and captured Maul™, while the other joined Skywalker in an attack on the Jedi Temple after he turned to the dark side and became Darth Vader™.

The surviving 501st clones served Lord Vader for a time, becoming the 501st Legion. Their fearsome exploits would earn them the name Vader’s Fist.

Eventually, the Empire abandoned the use of clones and began conscripting from the public. However, the bravery and ingenuity of the clones remains an important part of the galaxy’s history.

Do you have a favorite clone trooper? Let us know in the comments and don’t forget to Let Your Geek Sideshow.