A comedic genius. The king of self-insert cameos. And so much more. At this point, Taika Waititi is a household name for anybody involved in pop culture. His face and voice appear in many of the highest-grossing projects worldwide. So with the recent success of Our Flag Means Death and the upcoming sure-to-be-a-blockbuster hit Thor: Love and Thunder, we’re looking back on Taika Waititi’s impressive television and film career.

Below is an overview of Taika’s best work as a writer, director, and/or actor. But this list is by no means extensive. There are shorts, cameos, and talk shows galore in this multitalented man’s repertoire — read on for some Taika highlights! 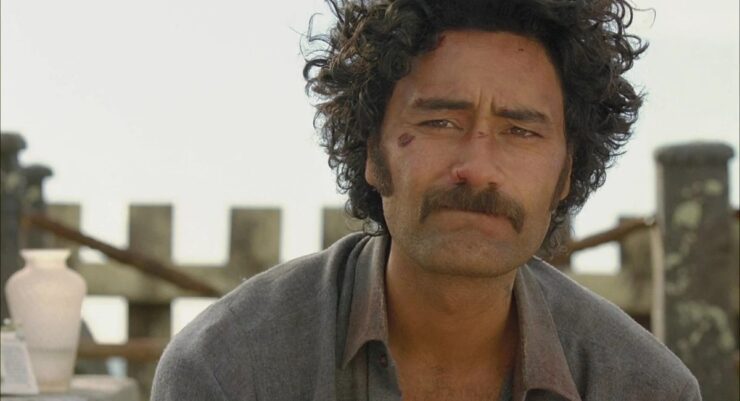 Written and directed by Taika Waititi, Boy is set in 1984 and follows a Michael Jackson obsessed 11-year-old kid from the east side of New Zealand. This coming of age film features Taika Waititi as the protagonist’s deadbeat dad. Boy is as hilarious as it is heartbreaking, packing a tragicomic emotional rollercoaster into its short 1 hour and 27 minute runtime. Plus it ends with a Michael Jackson x Haka mashup that you will not want to miss. 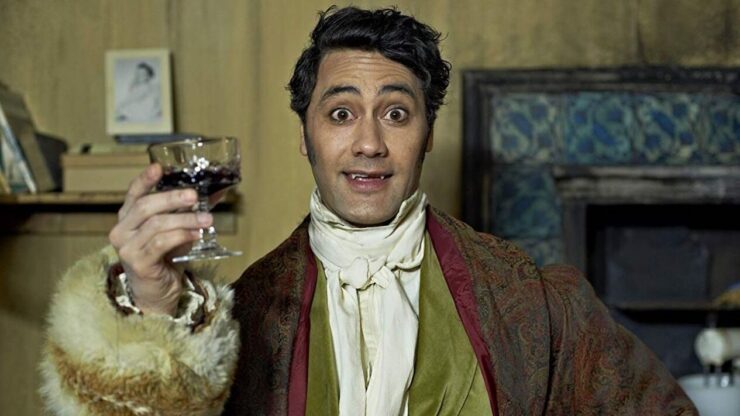 What We Do In The Shadows is perhaps one of Taika Waititi’s best known projects. Written and directed alongside Taika’s longtime friend Jemaine Clement (Disney’s Moana, FX’s Legion), this mockumentary has got everything a comedy–horror fan could hope for: vampires, werewolves, and New Zealand accents. Get ready for dry humor and blood-soaked furniture. 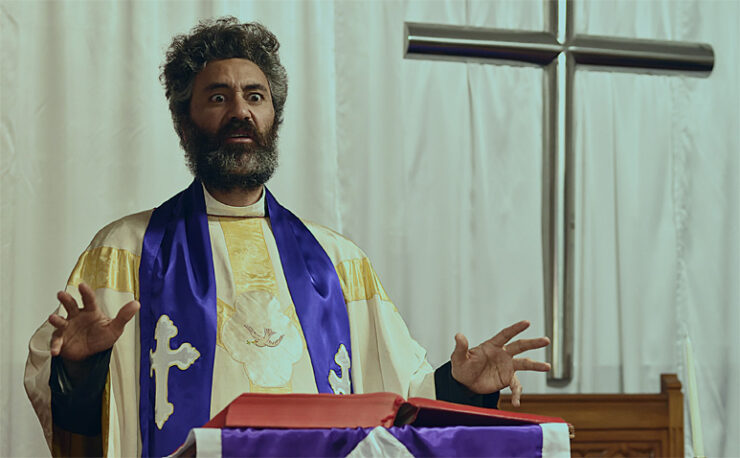 Hunt for the Wilderpeople is based on the book Wild Pork and Watercress written by Barry Crump. Taika only makes a brief appearance, mostly staying behind the camera to direct. The film instead stars Sam Neill (Jurassic Park) and Julian Dennison (Deadpool 2, Godzilla vs. Kong) as a foster uncle and his rebellious ward. Basically a national manhunt is ordered for these two after they go missing. How? Why? Watch and find out. 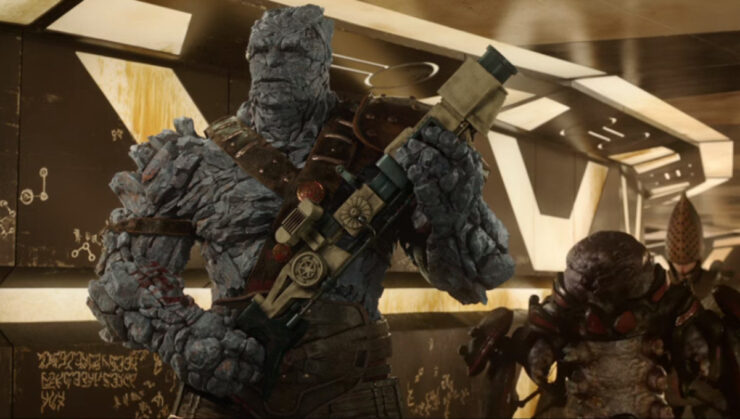 The hunk of lovable rocks pictured above is Korg. Voiced by Taika, Korg is part of the refreshingly comedic cast of characters from Thor: Ragnarok. This Marvel movie, directed by Taika, gives Chris Hemsworth a chance to shine as the teenager that Thor is. And like with all Taika projects, Thor: Ragnarok focuses on emotional growth, found family, and truly funny bits. 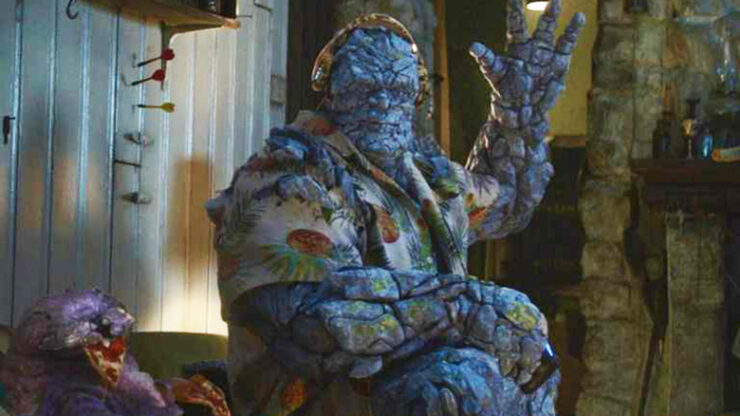 Avengers: Endgame includes pretty much every MCU super hero since the original Iron Man. So there’s not a lot of room to give everybody screen time. Still, the Russo brothers managed to get a silly scene with Valkyrie, Korg, Miek, and Thor as they adjust to life in New Asgard. It’s cute to see Korg learn the frustrations of video game chat rooms before we return to the universe-saving action. 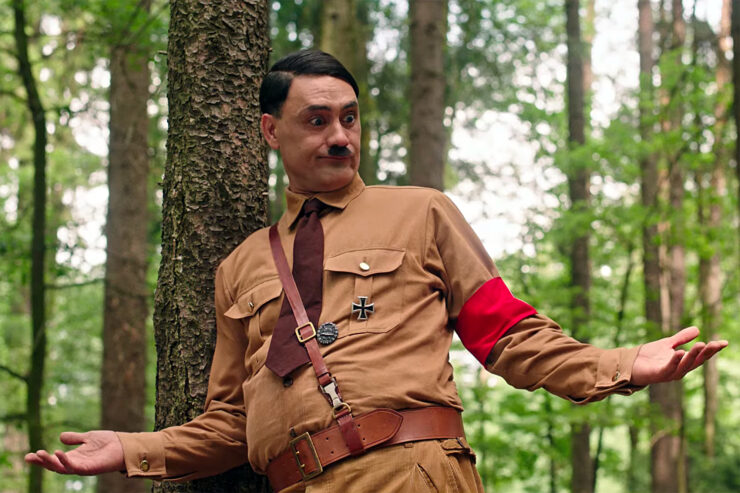 Taika directs, writes, and acts in Jojo Rabbit. Based on the book Caging Skies by Christine Leunens, Jojo Rabbit tells the story of a young German boy in the Hitler Youth whose imaginary friend is Germany’s dictator — Adolf, played by Taika, who is Jewish. The film is intense. You’re laughing, and then suddenly you’re crying. Bring tissues before you press play. 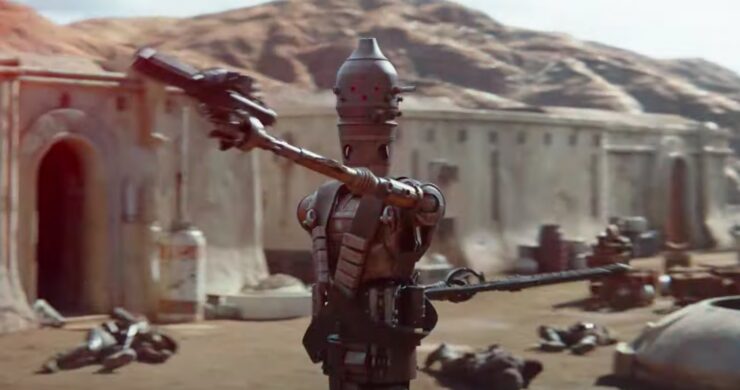 IG-11™ is a blaster-toting droid from Star Wars: The Mandalorian™ season 1. And you guessed it — he’s voiced by Taika Waititi. This eccentric character is at first hired to hunt Grogu™. Later, he’s reprogrammed to nurse and protect the Child. In either role he’s great fun, which makes him an obvious fan-favorite. 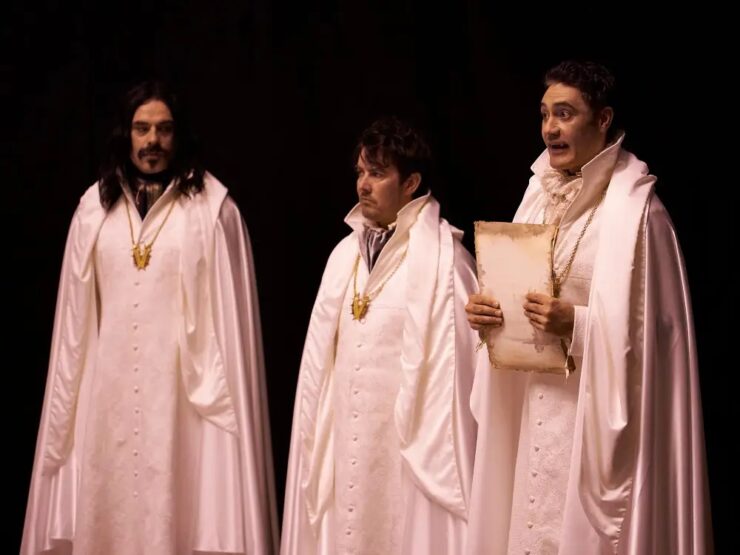 After the international success of What We Do In The Shadows, Jemaine and Taika created a spinoff television series of the same name. This TV show is set in the United States, but it’s still full of European humor and characters. Taika, as well as the other original vampires, appear from time to time as Vampiric Council members. And if you can’t get enough of this universe, try Wellington Paranormal — set in New Zealand, with cameos by Rhys Darby’s WWDITS werewolf Anton. 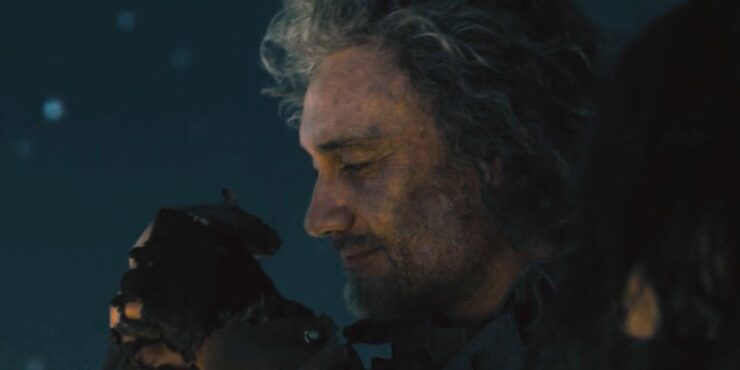 The Suicide Squad team roster in this reboot film includes Ratcatcher II. But … what happened to Ratcatcher I? In a heartwarming flashback we finally see the teenage task force member’s dad. They sit together on a roof, and director James Gunn slowly reveals that Ratcatcher is played by none other than Taika Waititi. Thus this makes Taika one of the only actors to appear in live-action projects for all of the Big Three: Star Wars™, Marvel, and DC Comics. 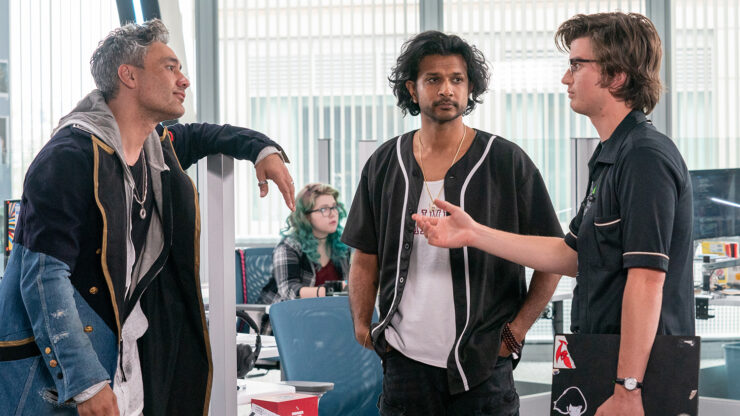 Free Guy stars Ryan Reynolds (Deadpool, The Proposal) as a self-aware NCP inside an open world video game. He’s mistreated or murdered every day before the area resets. Outside of the game world is the CEO and antagonist Antwan — Taika — who stole source data in order to make his violent masterpiece. Get full doses of Taika and Ryan’s crazy chemistry and comedic styles when you watch this outrageous comedy. 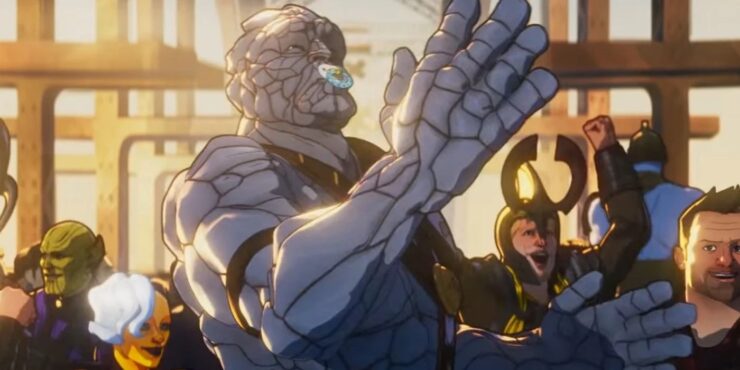 Korg returns to party hard in Marvel’s What If…? animated series. Accompanying Thor, Loki, and co. to a Midgard celebration, Korg clearly frees himself from all inhibitions. Taika brings absolute joy and charming cluelessness to this character, ensuring he’s as lovable as when we first met him in live action. 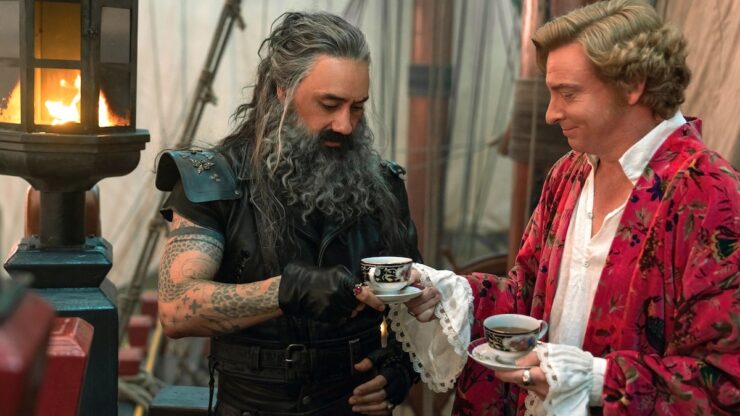 David Jenkins’ romantic pirate comedy Our Flag Means Death has taken the world by storm — and deservedly so. Taika Waititi plays Blackbeard opposite the series’ protagonist Stede Bonnet. Played by Rhys Darby (Jumanji, Infinity Train), Stede Bonnet is the historical Gentleman Pirate who fascinates and endears Blackbeard. We don’t want to spoil anything else. Just trust us and catch up on this HBO Max original ASAP.

Finally, Taika Waititi returns to direct a Marvel Studios movie with Thor: Love and Thunder. Fans recently got the first Thor teaser trailer and can’t get enough of the new costumes, training montages, and appearance from the Guardians of the Galaxy. Plus there’s Korg in those patterned pants. With only a few months before the Thor: Love and Thunder premiere, we’re so ready to watch this colorful concoction explode across the big screen.

Which Taika Waititi project is your favorite? Let us know in the comments, and don’t forget to Let Your Geek Sideshow!