Star Wars: The Clone Wars is back. Season 7 of the beloved animated series premiered on Disney+ last month, and fans couldn’t be more excited.

For many, the series is better than the prequel films and right on par with the original trilogy. With dozens of complex stories and new characters, it’s become a legend to Star Wars fans and a boon to binge lovers everywhere.

To celebrate the revival, let’s take a look at ten episodes that could be considered the very best of The Clone Wars. 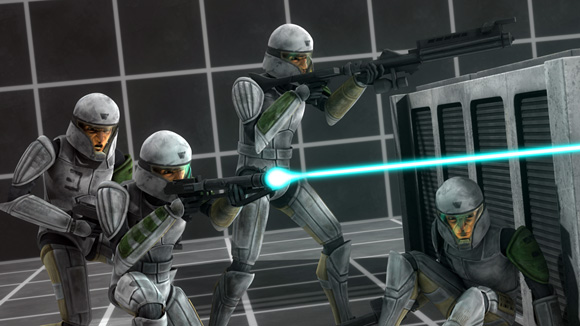 “Clone Cadets” was a great way for the series to explore who these clone characters actually were. In less than 30 minutes, we get emotionally attached to five clone misfits in training – Heavy, Echo, Fives, Cutup, and Droidbait. These boys are part of the Domino Squad, a group of cadets riddled with failure. They don’t have any confidence and they suck at teamwork, but this makes them all the more endearing.

Their leader, Heavy, is given advice by a deformed but honorable clone named 99, and this leads to the squad completing their training and going on to become war heroes in other episodes.

After watching “Clone Cadets”, it’s easy to feel sympathy for all the Jango Fett copies. We are reminded that this army bred for war is actually made up of living people with dynamic souls. 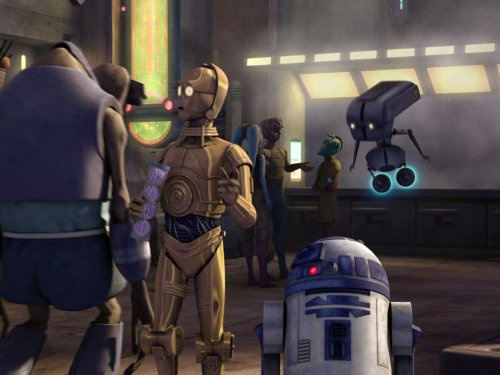 “Evil Plans” was a funny episode. Though Cad Bane capturing C-3PO and R2-D2 was pretty serious, the writers still managed to make it humorous through R2’s delightful personality.

Threepio was captured first, and while he was being tortured, R2 spent his time being pampered at a droid spa. It might seem kind of messed up to laugh at, but Threepio really does suffer a lot of bad luck throughout the franchise while R2 usually gets the better end of the deal. Plus, he’s adorable. 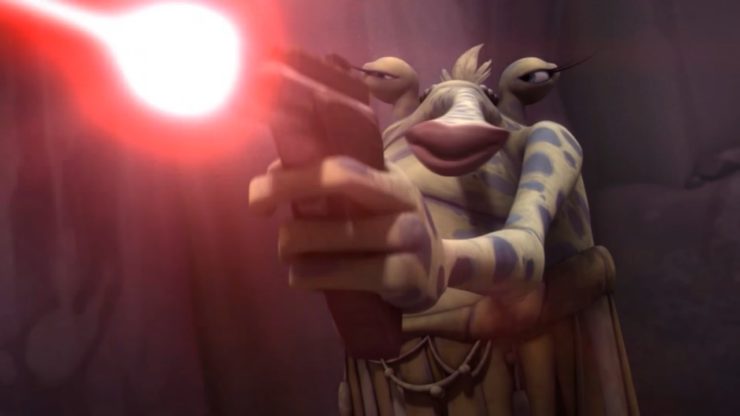 There’s a lot to love in “Hunt for Ziro.” Actually, the story really is about love itself – or at least a parody of it.

Ziro the Hutt, the black sheep of the Hutt clan, breaks out of jail with the help of Sy Snootles, the strange looking alien woman that sang in the extended version of Return of the Jedi. These two characters are lovers, but there’s obviously some resentment between them due to Ziro’s history of dishonesty and backstabbing. As they journey to Teth, they are followed by Cad Bane, Obi-Wan Kenobi, and Quinlan Vos.

As it turns out, Sy was playing Ziro all along, and she betrays him in the end. Sy’s voice, actions and attitude are all very funny, and she gives the episode a special place in the fluid sacs of many fans. 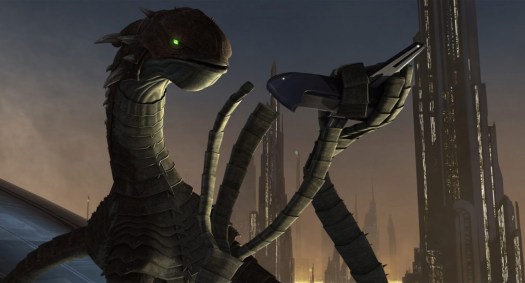 In “The Zillo Beast” the Jedi and the clones try to make the planet Malastare an ally in their fight against the Separatists. As the negotiations unfold, an aggressive, mythical beast is discovered living underground. It wasn’t really a villain, but when provoked it became a lethal killing machine. Its skin was also incredibly tough, resistant to most energy weapons.

Chancellor Palpatine learned of this and decided that the Jedi should capture it alive. The beast is brought to Coruscant, where it escapes and causes mayhem in the next episode, “The Zillo Beast Strikes Back.”

Both episodes have so much going on. It’s immediately reminiscent of Godzilla, King Kong and a host of other creature flicks. We also feel a lot of sympathy for the animal as the cruelty of Palpatine is put on full display. 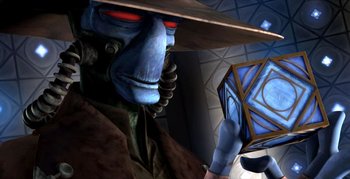 “Holocron Heist” was one of Cad Bane’s greatest episodes. With a team of villains, the blue bounty hunter breaks into the Jedi Temple with the intention of stealing a holocron for Darth Sidious.

Bane truly is among the greatest Star Wars characters. In Heist, he’s as wily and conniving as ever, owning every scene with his implacable hostility.

The outlaw’s interactions with his sidekicks were definitely one of the story’s high points. His obviously expendable droid, Todo, was particularly entertaining.

Sometimes, The Clone Wars got pretty heavy for a cartoon. Several episodes featured epic themes or complicated plots, and “Orders” is one of the best.

Clone Trooper Tup shocked the Republic by killing a Jedi in “The Unknown.” Clone Trooper Fives spends the next several episodes trying to figure out why this happened, and he slowly uncovers a sinister plot.

In “Orders”, Fives becomes a fugitive. He has become aware of an implant placed in all clones that will someday cause them to kill their Jedi generals (Order 66). Since his suspicions are correct, he’s made an enemy of Chancellor Palpatine.

Unfortunately, the episode ends quite tragically – but at least Fives’ nightmare is over. For the other clones, it’s just beginning. 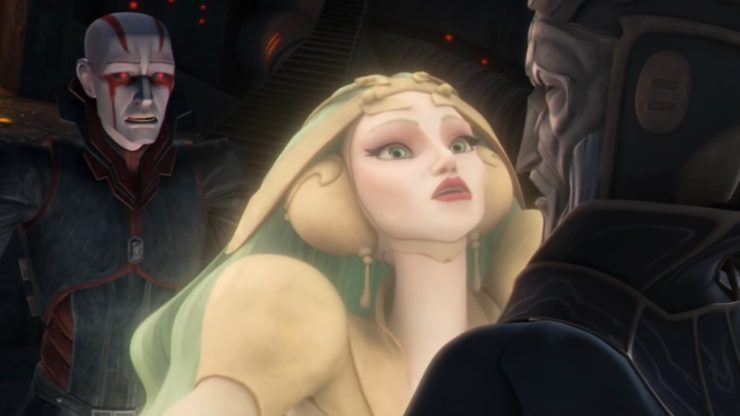 The Mortis Trilogy is a genuine work of art. The metaphor, the blending of dream and reality, and the heart-stomping action are almost too much to take in.

Anakin, Ahsoka, and Obi-Wan become trapped on a strange planet where the Force is personified through three living beings. The Father, the Son, and the Daughter command an impossible amount of power, so much so that the Jedi are insignificant by comparison.

The Son represents the Dark Side, while the Daughter represents the Light. They are frequently at odds with one another, so the Father must keep them in balance. This family drama is a living reflection of the struggles faced by our heroes in the “real” world.

With the ongoing Clone Wars, the strength of the Separatists, and the rise of the shadowy Darth Sidious, the “real” galaxy has been falling into darkness. Therefore, the galaxy’s reflection – the planet Mortis – is also succumbing to the dark power of the Son.

Before escaping, the three Jedi go through a harrowing ordeal of testing, illusion, and combat. Their struggle with emotion and temptation makes for some fascinating viewing. 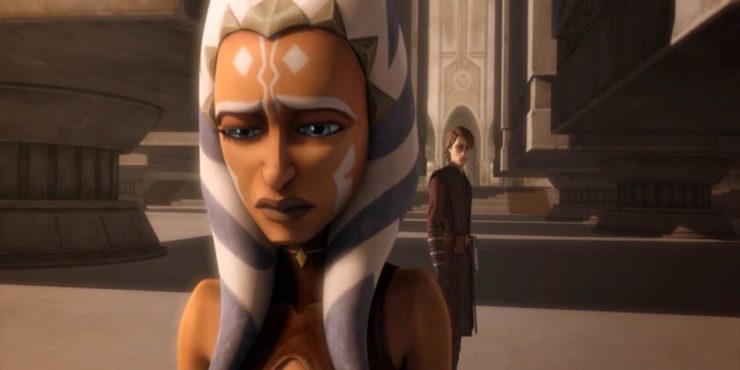 Ahsoka Tano is probably the best thing about The Clone Wars, and fans are eager to see what she’s up to in Season 7.

Fans recently saw her in Star Wars: Rebels, but her last The Clone Wars appearance was in the Season 5 finale, “The Wrong Jedi.” It was an emotionally charged episode that reminded us all how much Ahsoka means to us.

The spunky, wise heroine had been framed for murder, and the Jedi believed in this lie. Though Anakin eventually proved her innocence, the damage was done – Ahsoka was expelled from the Jedi Order. She was given the chance to return, but declined due to her realization that the Order wasn’t truly as pure or as wise as she was led to believe. 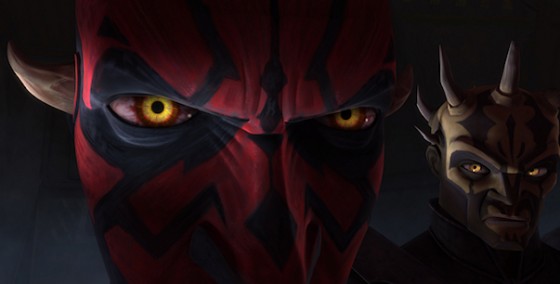 The Clone Wars featured lots of surprises, unexpected moments that kept the series fresh and alive. The best plot twist was absolutely bonkers – Darth Maul, the most violent and devilish of the Sith, didn’t actually die in The Phantom Menace. In fact, the character went on to become one of greatest of all The Clone Wars baddies.

In “Brothers”, Savage Oppress finds his long lost brother on Lotho Minor. Things had been pretty dark in the episodes before this, but the discovery of Maul took disturbing to a whole new level.

Maul was now more animal than man. He got around on robotic spider legs, ambushing prey and falling further and further into insanity.

Every Maul episode was memorable, but Sam Witwer’s performance in “Brothers” is totally unmatched. The character wails in agony and strikes in aggression, painting a horrendous picture of a twisted psyche. 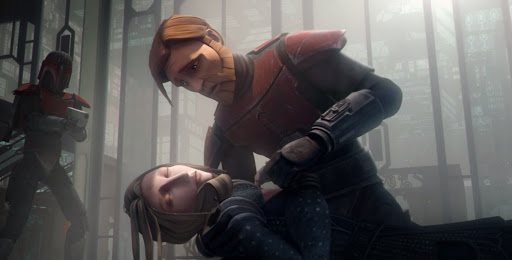 Like several other episodes, “The Lawless” tugged hard on fans’ heartstrings through a gripping story of loss and suffering.

Darth Maul, restored to his former strength, finally gets his revenge against Obi-Wan Kenobi for crippling him a decade prior. He murders the Jedi Master’s former lover, Duchess Satine, in cold blood, and Kenobi’s anguish is truly heartbreaking to watch.

The only other time we’ve seen Kenobi so distraught was when he defeated Anakin in Revenge of the Sith. But in some ways, the death of Satine was even more powerful. She was a beacon of hope and righteousness, and her death could be seen as a symbol of the Dark Side starting to take over the galaxy, at least from Kenobi’s view. And as we know, things only got worse with the rise of Sidious, Vader, and the Empire.

What was your favorite episode of Clone Wars? Could the episodes of Season 7 be even better? Let us know in the comments, and Let Your Geek Sideshow!

Star Wars: Who Are the Knights of Ren? Names and Profiles Revealed