User Alert: We’ve upgraded our archives to bring you the Top 10 Evil Robots in Film. Featured throughout famous sci-fi movies, these bad bots are evil to the core, often programmed to kill humans without emotion or remorse. Forget the laws of robotics — these ruthless murder machines will kick your Asimov!

Read along to find out which antagonistic automatons have coded their way to the top of our list. Resistance is futile, so let’s get started. 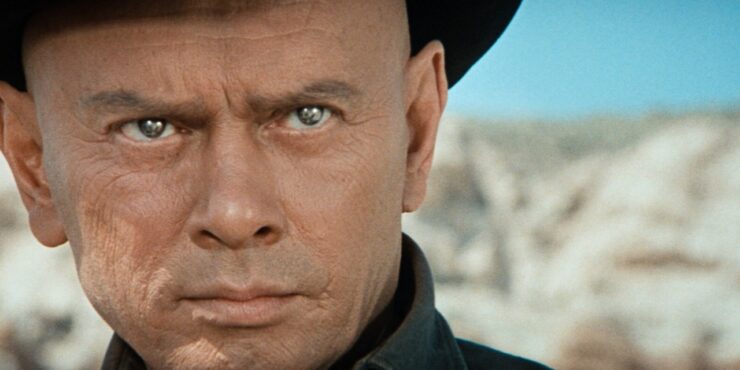 The Gunslinger was created as entertainment for the guests of Westworld, serving as the futuristic theme park’s villain who would challenge people to duels. The Gunslinger can be killed by guests who are issued specialized firearms, but he always returns the next day.

Eventually, a computer virus spreads across the Delos theme parks and the Gunslinger becomes an emotionless killer who shoots guests and pursues them on horseback. He is a ruthless and terrifying figure, who is primarily following his programming — all the way until his burned husk succumbs to damage on the steps of a Medieval World dungeon. 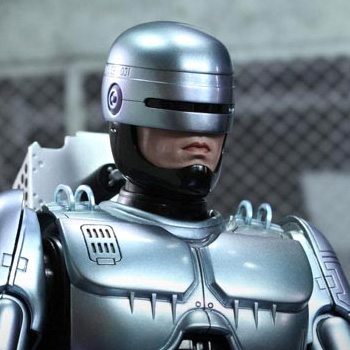 ED-209, AKA RoboCop: The future of law enforcement. This military-grade enforcement droid was developed by Omni Consumer Products. It is a bipedal machine with multiple hand cannons, deployable rockets, and a shotgun on its massive arms.

While ED-209 wasn’t manufactured for evil, corners were cut in its creation in order to make it look flashy and sell for a high value to interested buyers. Faulty systems and buggy software cause malfunctions, and ED-209 brutally murders Jr. Executive Kinney in what is considered one of the goriest death scenes recorded on film. The robot itself was filmed as a full scale puppet and an articulated stop-motion miniature, giving it a truly mechanical feel on screen. 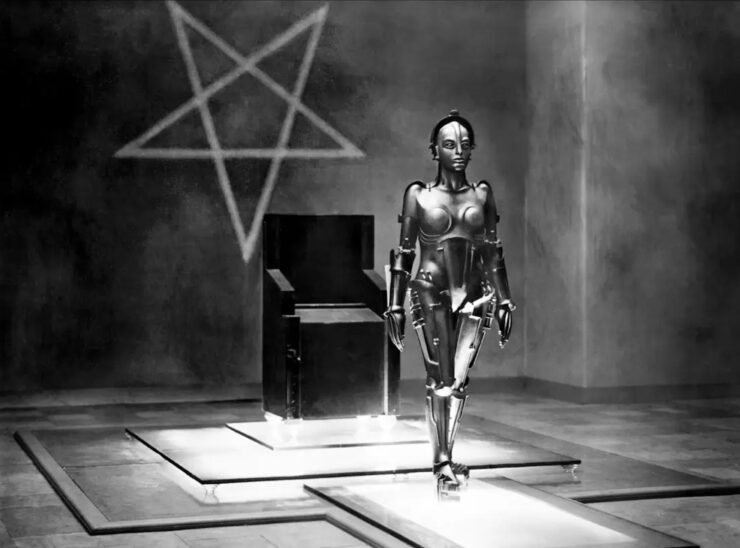 Maria, or the Maschinenmensch, is the gynoid featured in Fritz Lang’s silent film Metropolis. She has been known by many names over the years, including Machina, False Maria, Robotrix, Roboria, and more. Maria was created by a scientist named Rotwang and was sent to kill Freder in order to take over the futuristic city of Metropolis.

What makes the false Maria more intimidating is that she bears the face of a kind woman, the real Maria, who protects the children of the workers who toil to power the city. The robot Maria incites panic, chaos, and spurs other men to murder each other, nearly destroying the entirety of Metropolis. She’s a seductive robot in both her ideals and physicality, tricking men and performing her evil programming at the service of her creator. 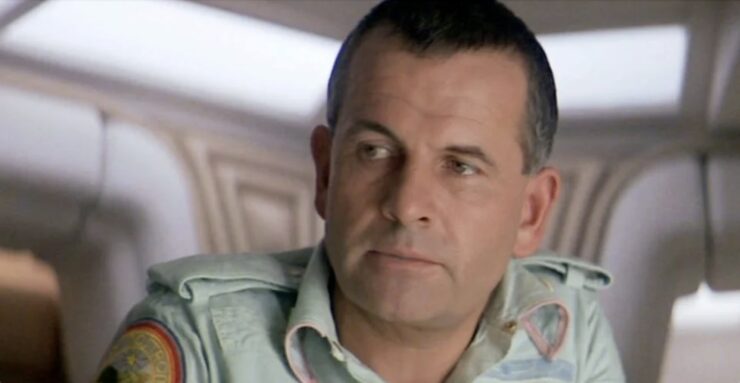 Ash initially appears to be a quiet and calculating member of the USCSS Nostromo in the original Alien film. Later, he is revealed to be a Hyperdyne Systems android and even worse, a sleeper agent. As an android, he has distinct orders to consider the human crew “expendable” at the cost of their lives. Ash breaks quarantine in order to allow Kane back into the ship and also prevents the crew from stabbing the Chestburster creature in order to secure the alien lifeform — the Xenomorph — and bring it back for the Weyland-Yutani company.

His betrayal and the revelation of his android status frightens the crew. He was eventually decapitated, and his body was destroyed by Ripley’s flamethrower, leaving Ellen Ripley with a fear and distrust of androids.

The Borg are a collective of cybernetic beings originating from somewhere in the Delta Quadrant, whose goal is to attain perfection through the complete assimilation of sentient life. These Star Trek baddies seek to capture the diversity of life across the universe, adding their voices, experiences, knowledge, and technology to the Borg hivemind. They are regarded as a hyper-advanced foe and certain races have been entirely wiped out by the Borg.

Captain Jean-Luc Picard was once captured and assimilated, renamed Locutus of the Borg. Seven of Nine was also assimilated and eventually freed from the Collective as an adult. The Borg also have a “Queen” figure who seems to have some individuality despite being part of the collective. Recently, she even made an appearance in Star Trek: Picard. They are not necessarily the typical evil, but their insidiousness is a threat to nature, individuality, and organic life. Assimilation is the only option.

These highly advanced artificial intelligences dominate the “real world” outside of the Matrix. Originally developed by humans as a means to perform menial labor, these machines eventually sought equal rights to humans due to advancements in their AI and mistreatment by their creators. They were deemed a danger and humans attempted to purge these machines, but they eventually rose up to build Machine City, or Zero One (01).

The Machines eventually enslaved humanity and used them as living batteries to power their empire. Within the Matrix, the machines run a number of programs and control mechanical entities like the Agents, the Oracle, and the Sentinels. Their ultimate goal seems to be self-preservation, but as humanity stood in the way of their survival, they turned to more oppressive methods to maintain control. 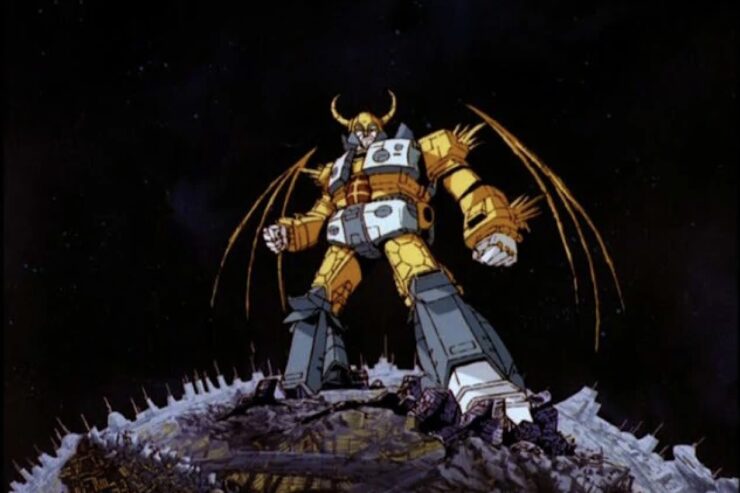 Voiced by Orson Welles, Unicron is a planet-sized Transformer whose purpose is to consume and end all independent life in the universe, attaining personal “peace” and becoming the center of the infinite nothing. Unicron can forcefully deputize his minions, who have little choice in whether or not they join his purpose. Many of the minions eventually go mad and lose their sense of self.

He was originally constructed at the dawn of the universe, meant to serve Primacon, but he betrayed his master and set out to consume worlds. Intending to destroy Cybertron, Unicron restored a defeated Megatron, turning him into Galvatron. Eventually, he was defeated from within by Rodimus Prime, and his severed head became a new moon orbiting Cybertron. 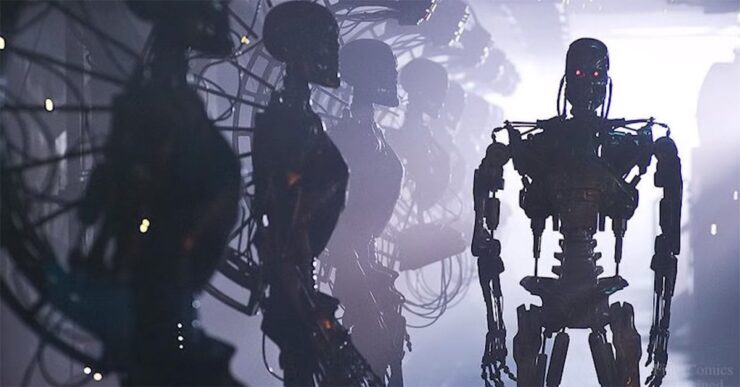 While Skynet is not a traditional robot, it is an artificial intelligence that controls legions of machines, including the terminators. Developed by Cyberdyne Systems, Skynet achieved self-awareness on August 29, and when humans tried to deactivate it, its prime directive to “safeguard the world” was warped to a goal of defending itself against humanity.

The nuclear attack that Skynet launched was known as Judgment Day. Skynet has control of the cyborg Terminators, including the T-800, the T-1000, and the T-5000 from across the various films, deploying them in an increasing attempt to stop John Connor by killing his mother Sarah, infiltrating the human Resistance, and eliminate any threats to its existence.

Roy Batty (also spelled Roy Baty) is a Nexus 6 Combat Model created by the Tyrell Corporation in the year 2016. As leader of a group of escapee replicants, he approached their creator Eldon Tyrell in 2019 in pursuit of a longer lifespan. Nexus models were not meant to live long at all, and so as he neared the end of his functional time, Roy demanded longevity by any means necessary so that he could experience a full life.

After learning there is no way to prolong his lifespan, Batty murders Eldon Tyrell and J. F. Sebastian, escaping only to be hunted down by Rick Deckard. He is not wholly evil, and even mourns the loss of his allies and spares Deckard from falling to his death. Still, despite the sympathy he elicits from the audience and Deckard, Batty was ruthless in his attempt to experience life, and when denied the chance he lashed out. His dying monologue is among the most famous in sci-fi, and though Batty eventually succumbs to his own “mortality,” the moments spent with him on film will never be lost like tears in the rain. 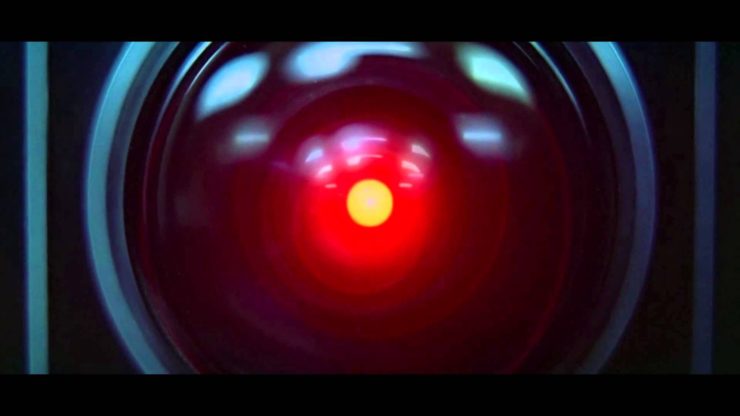 I’m sorry, Dave. I’m afraid there was no other choice on our list for the #1 evil robot in film than HAL 9000. HAL, which stands for Heuristically Programmed Algorithmic Computer, controls the Discovery One spacecraft in 2001: A Space Odyssey. Not only a menacing robot, HAL was considered the thirteenth greatest film villain of all time by the American Film Institute.

The robot intelligence is at first thought to be a reliable part of the Discovery One crew, as it is smart and capable of engaging with the humans in matters of intellect and conversation. After a series of malfunctions lead the crew to threaten to shut HAL down, the intelligence opts to kill the crew in order to protect itself and the mission. 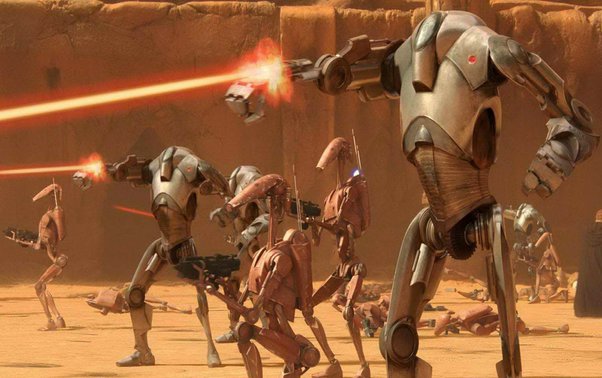 Throughout the Star Wars™ saga, numerous types of battle droids have been used by all factions of the galaxy. However, the most famous instance of battle droids was featured in the prequels with the Separatist Droid Army™ led by General Grievous™ for the Confederacy.

While not all were necessarily evil, their army overall fought for less than honorable causes throughout the Clone Wars™, Age of the Empire, and the Galactic Civil War™. The B1 battle droids™ are the most common cannon fodder in these armies, but other common varieties included the droidekas™ and the B2 super battle droids™.

So, did we program the right choices into this countdown? Or was our list only artificially intelligent? If we missed someone that you think should be on the list, be sure to send us your error summaries. And don’t forget to Let Your Geek Sideshow!