Rejoice, Critters! Critical Role’s The Legend of Vox Machina season 2 will air January 2023 on Prime Video. That’s only 2 months away! There’s not much to do now but wait.

While we wait, however, we will over-analyze the season 2 footage we already have and then reminisce about the campaign moments we’d most like to see next. If you thought the Briarwoods were big bads, you haven’t seen anything yet.

You can watch the Vox Machina season 2 first look clip below or on Prime Video’s official YouTube channel. Then, join us as we break down the campaign scenes and arcs we’re hoping to see in the next seasons of this critically acclaimed series.

At the end of season 1, our heroes were beset by a group of murderous dragons invading the city of Emon. Along with the footage released at New York City Comic Con 2022, the Vox Machina voice cast confirmed we’d be delving into the Chroma Conclave Arc (or Arc 3) next. Originally running in at an impressive 40+ podcast episodes, the storyline will be roughly condensed into 12 half-hour TV episodes.

The Chroma Conclave are a faction of five chromatic dragons: Brimscythe (blue), Umbrasyl (black), Vorugal (white), Raishan (green), and Thordak (red). Two of the Conclave even have big personal history with Vox Machina party members. These antagonists will be absolutely vital in moving along the conflict of the entire series.

Additionally, it’s been teased that we might get to see some animated moments from the villains’ perspectives (which couldn’t be revealed to the players back during the original campaign). Whether these are flashbacks or present-day scenes has yet to be revealed. Either way, we’re excited!

Remember that pesky sentient sword Grog picked up from Sylas Briarwood in the season 1 finale? Well, that thing is called the Craven Edge, and as fans already saw, it is strengthened by the blood of its enemies. It whispered “hunger” to the party’s brawler when he claimed it.

In the original campaign, it was pretty bad news (not to be confused with Percy’s gun Bad News) for Grog and his soul. It even puts Pike’s holy healing to the test. We hope to see this small arc included, as it will be a good continuity thread between the different season’s plots. 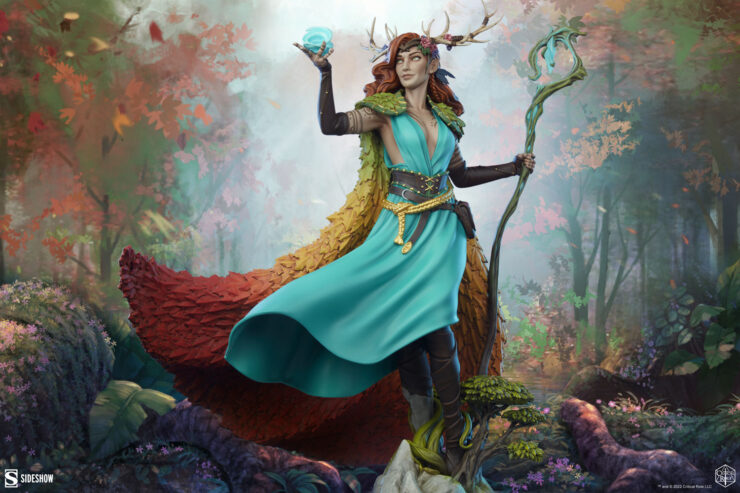 Besides the Chroma Conclave, we’d love to meet a few other important groups: the Ashari tribes. Named for the four elements Earth, Wind, Fire, and Air, they guard the portals between Elemental and Material Planes.

As we know from season 1, Keyleth belongs to the Air Ashari. She is embarking on her Aramenté, a quest to prove her mettle as the tribe’s headmaster. In The Legend of Vox Machina seasons 2 and 3, we hope to see different stages of Keyleth’s Aramenté included in the adventure.

The original campaign details Keyleth’s failed quest on the Earth Plane, as well as the devastating story of the Fire Plane — described in more detail below. Finally, Keyleth is aided in her third and final task in the Water Plane before receiving tutelage in a powerful shapeshifting spell. Could we see that power in the coming seasons?

Because the tabletop campaign addresses only what the players see and experience, there’s a lot of “off-screen” moments that exist in Matt Mercer’s worldbuilding. Before the Conclave goes down, we want to see how they formed. What motivates them? Why have they allied? These questions and more are answered in a thrilling tale.

Long ago, the red dragon Thordak was imprisoned in the Elemental Plane of Fire. There, the ancient green dragon Raishan approached him. She was suffering from a pestilent disease inflicted on her by a dying druid. Raishan suggested an alliance between other dragons in order to conquer the city Emon — and later all of Tal’Dorei.

Once finished, the dragons planned to divide the continent into equal parts and rule over each. Thus Raishan freed Thordak, hoping for a cure for her condition. Upon his escape, Thordak destroyed most of the Fire Ashari and the Chroma Conclave was formed.

Please, Prime Video. Give us the Vestiges of Divergence. These are ancient artifacts from the Calamity, which was a war between gods. In order to strengthen themselves against the Conclave, Vox Machina retrieves eight Vestiges from across Exandria.

The Vestiges they eventually locate are the Deathwalker’s Ward, Whisper, Fenthras, Cabal’s Ruin, the Plate of the Dawnmartyr, the Titanstone Knuckles, the Spire of Conflux, and Mythcarver. Each party member comes to wield one or more of these mythic items, but the journey to collect the relics is long and ardous.

In season 1 we remained primarily in two major locations: Whitestone and Emon. Both of these are on the continent of Tal’Dorei. However, Vox Machina travels across the sea to Marquet for both work and pleasure. While a beach vacation episode could be fun, we don’t want that just yet — let’s keep our fingers crossed for upcoming seasons! Their first Marquet journey ties to the treacherous Dr. Anna Ripley and the Vestige known as Cabal’s Ruin.

Marquet holds a lot of significance for all Critical Role fans. Critical Role Campaign 3, with Bells Hells, takes place on Marquet. We also technically saw one of the new adventurers, Laudna, in season 1 of the animated series. She’s one of the people killed by the Briarwoods and displayed on the Sun Tree in order to frighten Vox Machina, in effigy of Vex’ahlia.

You know Dr. Anna Ripley from season 1! One of Percy’s rivals, Anna tortured Percy on behalf of the Briarwoods. She is considered one of the deadliest enemies Vox Machina has faced. She pops up from time to time during Vox Machina’s travels, causing trouble and stealing their allies.

At one point she possesses Cabal’s Ruin, but Percy takes it from her. Anna has a lethal standoff with Percy on the island Glintshore — but fans have yet to see how the series will address some of the notable deaths and resurrection rituals that were a staple of the Vox Machina campaign. 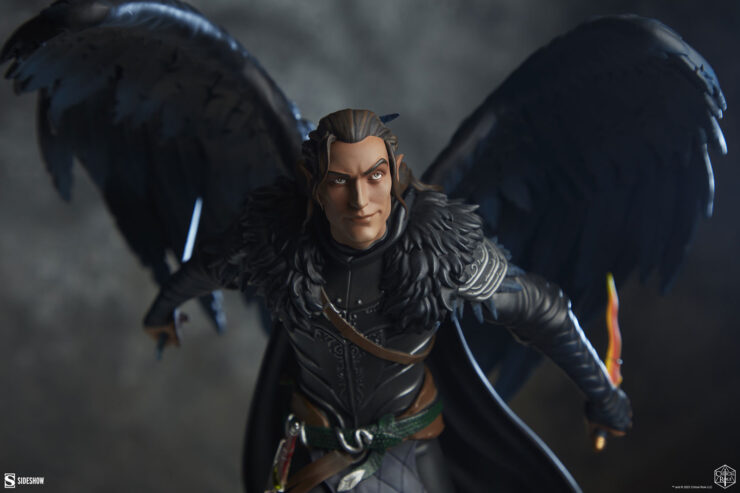 In “The Sunken Tomb” podcast episode, Vox Machina travels to the tomb of the Champion of the Raven Queen. They hope to find a suit of armor that will help them defeat the Conclave. Inside the tomb, they encounter a necrotic trap which kills Vex. Their ally Kashaw Vesh, from the Slayer’s Take guild, resurrects her. During the ritual, however, Vax asks the Raven Queen to take his life instead of his sister’s. Nothing seems to happen.

Vax is plagued by nightmares and an on-and-off again illness for weeks. Plus, he keeps seeing visions of the Raven Queen. When he is in mortal peril, she comes to him and he agrees to be her new champion. This, as well as the Deathwalker’s Ward and Whisper, will come in handy later during the team’s eventual battle with Vecna in the final campaign arc — but we imagine we won’t see that scene for awhile.

Defeat of the Conclave

To reiterate: There are five Chroma Conclave members. Brimscythe was actually defeated in season 1, episode 2, after disguising himself as General Krieg. That leaves four remaining dragons, which may not be possible to defeat all in one season. Of course, we already know that there’s going to be a third season (confirmed by the cast themselves), so we imagine this conflict will be given the time it deserves.

Raishan and Thordak are considered the biggest showdowns. Thordak is tied to the death of Vex and Vax’s mother, while Raishan is tied to the destruction of the Fire Ashari and is Keyleth’s nemesis. These three Vox Machina members have sworn vengeance against the dragons for their cruelty. Umbrasyl and Vorugal must also be defeated, but their deaths are less personal. But they’ll still be pretty damn epic.

Will Critters get to see the same finishing blows as in the original campaign? Will guest characters make their appearances? Only time will tell — the countdown to The Legend of Vox Machina Season 2 is on!

Which Critical Role Campaign 1 moments are you hoping to see in The Legend of Vox Machina seasons 2 and 3? Share your hopes and theories in our Atomic Misfits Facebook Group, and don’t forget to Let Your Geek Sideshow!