Who is the Real Villain in WandaVision? A Closer Look at Agatha, Mephisto, and More

Before last week’s “Breaking the Fourth Wall”, all viewers could do was speculate on who the real villain of WandaVision was. The leading theories were that it was Agnes and Mephisto pulling the strings behind Wanda’s back.

Then episode 7 aired and proved how right most viewers were, many of whom had theorized that Agnes was actually comic book character, Agatha Harkness, an extremely powerful witch with her sights set on manipulating a vulnerable Wanda.

Still, that was only half the theory. The majority of audiences believed Agnes/Agatha was a henchwoman to a greater and ten-times scarier Marvel villain: Mephisto.

Well, Episode 8 is officially out and WandaVision has given us more to contemplate regarding “true villains” of the series.

Episode 8 confirmed Agnes’ true identity is Agatha Harkness like most viewers had suspected from the get-go (although, that “It’s Been Agatha All Along” catchy tune was not included in fan speculations). Could it be that it’s only been Agatha all along?

“Previously On” revealed the witch’s backstory, proving her to be a worthy opponent to Wanda, but, still, Mephisto theorists cling to their belief of a late-game heel reveal. To get a better understanding of Agatha Harkness and see why so many have held onto the idea that she is an agent of the extra-dimensional demon, let’s look into her comic book history.

Like so many comic characters, Agatha Harkness is one that has been portrayed as both good and evil; or, she’s played the role of hero and villain depending on her goals. It’d be hard to be purely good during such a lengthy lifespan as hers (she’s old enough to have witnessed Atlantis sinking).

Agatha’s origins take place in the Salem Witch Trials where she fled to practice magic with other magic-users like her son, and husband— but not without sacrificing a few weak witches in the process. Her most important role in Marvel history has been to play an esteemed babysitter and tutor to many younglings including Tommy and Billy and Wanda herself. She’s also battled and protected several Avengers and the Fantastic Four.

Then, what’s the connection with Mephisto? If we’re talking comics, Agatha Harkness and Mephisto actually don’t have direct ties to each other. Instead, they both played significant roles in Wanda Maximoff’s undoing. The mental breakdown that infamously lead to one of Marvel greatest and most tragic storylines: The House of M arc.

But before we get into that let’s take a look at the antagonist many are hoping to see in next week’s finale. 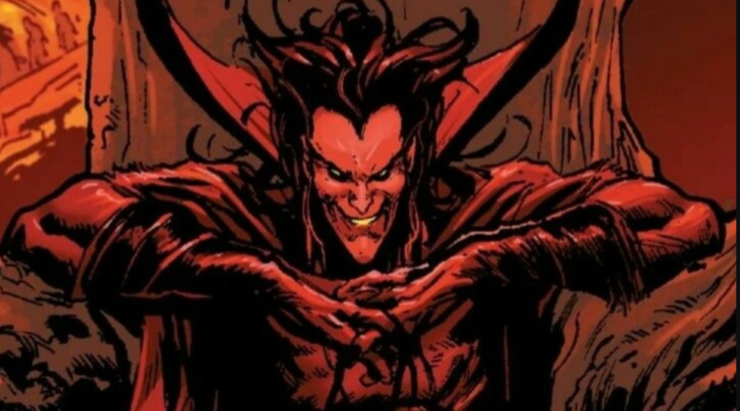 You wouldn’t be the first to confuse Marvel’s cosmic demon with the devil himself. Marvel has painted their fictional Hell-lord in nearly an identical light. For one, Mephisto rules over a dimension he calls Hell and has demons serving him there, as well as astral forms of deceased people in his confines.

The Class Two Demon likens himself to the earthly devil to exploit human fear. He also makes bargains with mortals to claim their souls. 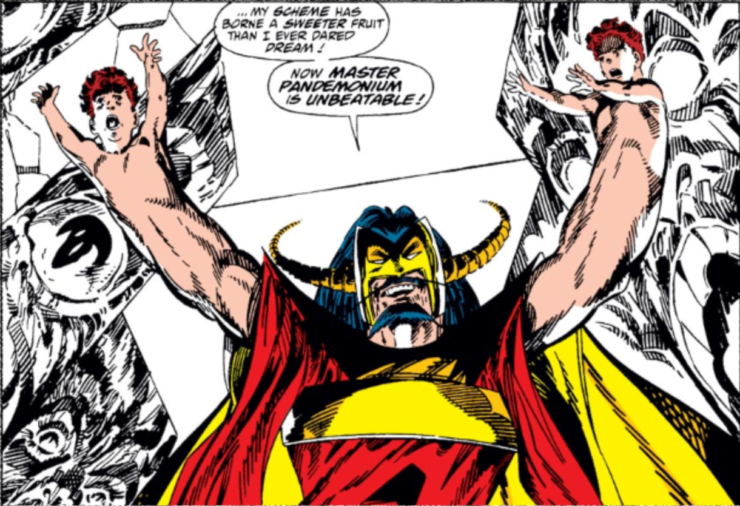 His comic ties and impact to Wanda are just as severe as Agatha Harkness’. That’s because Wanda’s twins are actually part of the demon’s soul. Wanda had created her sons from Mephisto’s soul fragments; they were not a product of her magic alone.

In the comics, Mephisto collects the two missing parts of his soul, and when he absorbs Tommy and Billy, he both eliminates their existence and strengthens his power with their mutant abilities. Thus begins the House of M arc.

Agatha Harkness, who has come to feel like Wanda’s mother and grandmother to Tommy and Billy, erases the witch’s memory of her sons. She does this to save Wanda of the overwhelming grief, but things backfire when Wanda eventually remembers her sons and inadvertently causes major damage after her mental breakdown.

Is Agatha Really Working With Mephisto in WandaVision?

It’s clear why many speculate Mephisto’s involvement in WandaVision: he played a pivotal role in Wanda and her son’s life in the comics. But is that enough to keep the rumors going? Are there any clues that Agatha is actually working for or with someone else?

The answer is unclear.

A few signs include Dottie’s mentioning, “The devil’s in the details,” and Agatha’s rabbit, Señor Scratchy. The latter can be seen as a wink to Nicholas Scratch, a common nickname for the Devil, and Agatha’s son in Marvel Comics. Fans were also teased with the large fly/cicada-like insect seen in Agatha’s home, as Mephisto first appeared on Earth as a fly.

Some may call these clues of the extra-dimensional demon’s involvement, and others see this as pure coincidence. Only the finale will reveal if Agatha is the true villain or not. In the meantime, we can look at a few other villainous characters who may be worse than we originally thought.

The director of S.W.O.R.D. was always an unlikeable character. But Hayward’s general annoyance factor soon turned suspicious. He was quick to draw weapons on Wanda, didn’t bat an eye to Vision’s near-death when he broke out of the Hex, and was secretly monitoring Vision, not Wanda, all along. That all looks saintly compare to what we saw in the 8th episode.

Hayward lied about Wanda stealing Vision’s body. “Previously On” revealed the dark moment the S.W.O.R.D. director put Wanda through. He made her watch as his agents disabled Vision’s body. Even after this, Wanda left peacefully. Without Vision’s body.

Audiences now know the Vision inside Westview is not the real synthezoid. He is an extension of Wanda’s magic. Worse of all, the end credits reveal that S.W.O.R.D. used Vision’s body to bring a new version of him back to life. 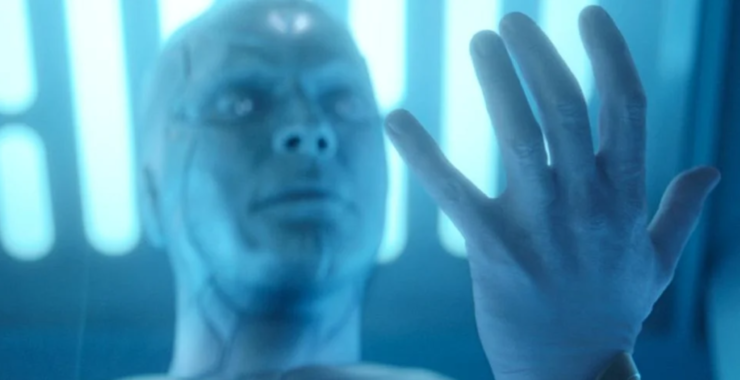 Speaking of which, White Vision… who are you?

If this is anything like the source material (West Coast Avengers: Vision Quest), this is absolutely not Wanda’s husband. This is his body, but his consciousness was dead the second Thanos removed the Mind Stone from his body.

In the comics, White Vision was an emotionless, calculating machine with no feelings for his wife or kids. In fact, he doesn’t even recognize Tommy and Billy as his children, having no emotional ties to anyone from Vision’s true life. In the end of this story, Wanda and this Vision even had a major showdown.

It seems like Hayward wants to use his version of the synthezoid to take down Wanda in the series finale.

Lest we forget the superhero Kevin Feige calls, “the strongest Marvel hero.” No one wanted to think Wanda Maximoff could do something so sinister as mind-control an entire town—viewers were looking for someone else’s involvement—but Episode 8 confirmed it was Wanda and no one else who created the hex. It also introduced the official term for Wanda’s powers- chaos magic- and made the Scarlet Witch into a title for those with the power of spontaneous creation.

Despite her own grief and trauma, could Wanda ultimately be the true villain of the series?

WandaVision is said to set up Doctor Strange in the Multiverse of Madness. Will the Scarlet Witch repeat the terrible comic event in which she alters reality for the worse?

Tune in to the eagerly-awaited finale on Friday, March 5th to see who the real villain of WandaVision is.

Who do you think the true villain of WandaVision on Disney+ is? Have you enjoyed the series so far? Let Your Geek Sideshow and let us know in the comments!