This week during Sideshow’s Fandom Rewind, we’re revisiting fan favorites from the ’80s and ’90s for an extra serving of nostalgia. Whether you grew up then or you just have good taste in pop culture, Fandom Rewind spotlights the movies, music, and TV of yesterday. No VCR required.

Keanu Reeves is, without exaggeration, one of the most beloved actors of our time. He’s a household name because of both his personal life and his acting career. Offscreen he is a philanthropist and a kindhearted gentleman, known for acts of charity, a calm demeanor, and pure, genuine interactions with his fans. Onscreen, he’s embodied some truly iconic roles. Let’s break down just some of his best films and characters below. 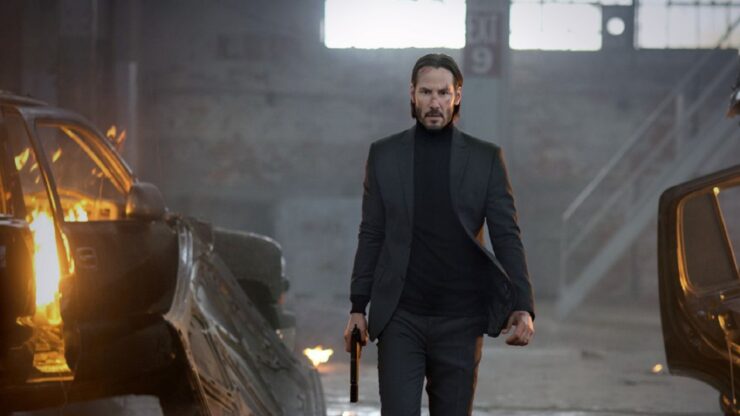 Keanu Reeves is instantly recognizable as an action-adventure hero. He actually does many of his own stunts, and the John Wick franchise is no exception to his legendary hard work and physical performance. Each of the movies continues to elevate the fight choreography, whether it be with complicated environments, horses, or the infamous pencil weapon. The neon lighting used in John Wick has also been imitated in many an action film since.

Cool fights aside, John Wick is also an amazing character. He is kind, emotional, yet ruthless when exacting his revenge. Mourning the loss of his wife, he receives a posthumous gift from her — a puppy that is killed in one of the most upsetting movie decisions ever. Except this catalyzes John’s gun-toting, martial-arts-using revenge plot, a bloody and brilliant series of events that make for one of the most exceptional action franchises of the 21st century.

Perhaps Keanu Reeves’ most iconic role to date, Neo is the protagonist of The Matrix franchise. Inside the simulation, he’s a hacker with a dead-end office job, but when freed from the neural connection and enslavement of the human race, he is a hero called ‘The One.’ With the help of a freedom-fighter crew aboard the Nebuchadnezzar, including Morpheus (Samuel L. Jackson) and Trinity (Carrie-Anne Moss), they turn the tide in the war between man and machine.

In 2008, Neo was selected by Empire magazine as the Greatest Movie Character of All Time. The scene where he selects between the blue pill/ignorance or the red pill/enlightenment is referenced constantly in pop culture, and the quick bullet evasion tactics and associated SFX are constantly parodied. Most notably, The Matrix franchise is also touted as one of the best metaphors for understanding trans identity, with incredible messaging about acceptance and awareness layered in between brilliant action choreography.

If you can’t get enough of Neo, we have exciting news for you. The Matrix trilogy was once thought complete, but returns this year with a fourth installment — The Matrix: Resurrections (2021). Will you be watching with us? 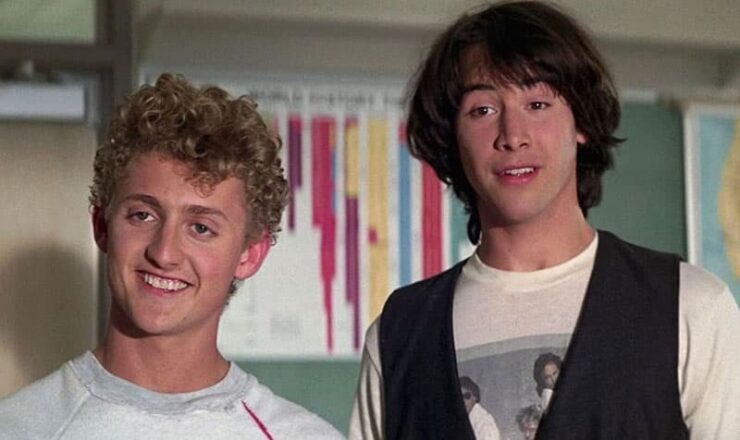 Bill & Ted’s Excellent Adventure was released on the cusp of the ’80s/’90s, and thus pulls from the best and silliest film decisions of that era. This sci-fi comedy movie follows the ridiculous-yet-lovable Bill Preston (Alex Winters) and Ted Logan, two teens with a passion for music and no talent for schoolwork. In the future, the characters will be inspirational philosophers that have led society to greatness, but this most excellent utopia relies on a near impossible task: Bill and Ted need to pass their history class.

Using a phone-booth time machine, the guys embark on a series of ridiculous adventures in order to collect historical figures and give an awesome class presentation. With dumb luck, guitars, and a little assistance from future friends, they successfully preserve the Wyld Stallyns. This feel-good film is equal parts fun and meaningful, with lots of laughs as well as a core message that applies to all people, everywhere and in every time period: “Be excellent to each other.”

Keanu’s casting as the iconic DC Comics antihero was contentious. He’s not blond and he’s not British. Still, Keanu embodies the violent occult detective John Constantine with the character’s boorish attitude and antisocial — and yet somehow still charming — flair. He drinks heavily, he curses, he smokes, and he vanquishes demons with well-earned posturing and an almost bored look on his handsome face. And when he saves the world from Lucifer himself, he does so with that signature Constantine smirk and a resounding, damning middle finger to all demon-kind. 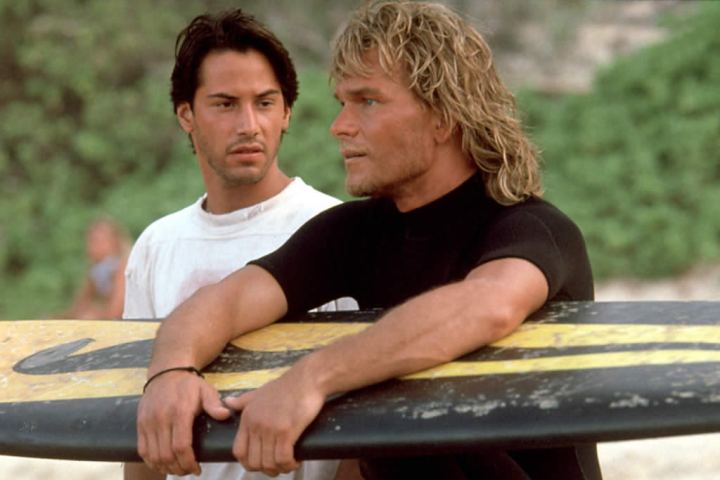 This movie has it all: surfer dudes, shootouts, and parachuting. If it sounds kind of cheesy, that’s because it is. Point Break still has a lot to offer beyond beach boys, however. Keanu Reeves plays a rookie FBI agent who goes undercover to investigate a series of bank robberies. His outlook on life is very clear-cut — he’s the good guy and Bodhi’s (Patrick Swayze) gang are the bad guys. As the movie progresses, Johnny realizes the surfer’s philosophies and lifestyle are more alluring than he expected. While Point Break still maintains its stereotypical cops-and-robbers genre, it’s cool to watch Johnny wrestle with his identity and ideals over the backdrop of the Pacific Ocean. 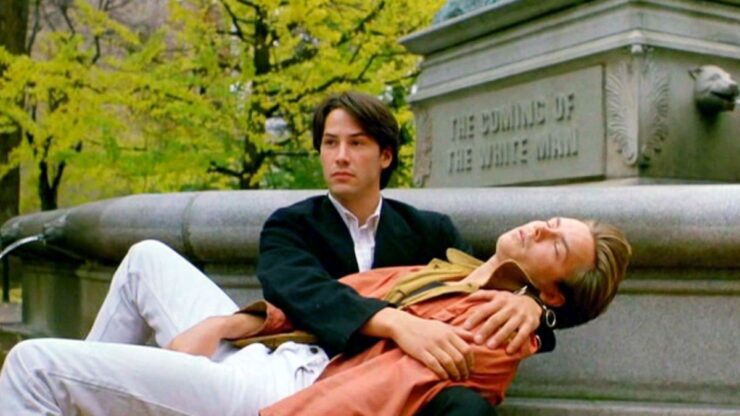 This experimental indie film from Gus Van Sant is a hidden gem within film history. Centered around two best friends who work as hustlers in Portland, Oregon, My Own Private Idaho explores the intricacies and heartbreak of unrequited love, the inevitability of growing up and away, and the passions and pain of youth. It does so with a screenplay that is part original work and part William Shakespeare’s Henry IV.

Although much slower, poignant, and intimate than Keanu’s more famous action films, this is a must-see for any fans of the actor’s grounded and emotional work.

What’s your favorite Keanu Reeves role? Let us know in the comments, and don’t forget to Let Your Geek Sideshow!