Classic Comedians Collectibles That Will Bring a Smile to Your Face

You’ve seen their movies, skits, and bits. You’ve seen these blokes joke and choke! You’ve laughed and laughed with them time and time again, so what better characters could there be for your comedy collection?

These figures of famous funny faces are sure to bring a smile to your face whenever you take a look at your shelf.

Abbott and Costello “Who’s On First?” Statue by Infinite Statue 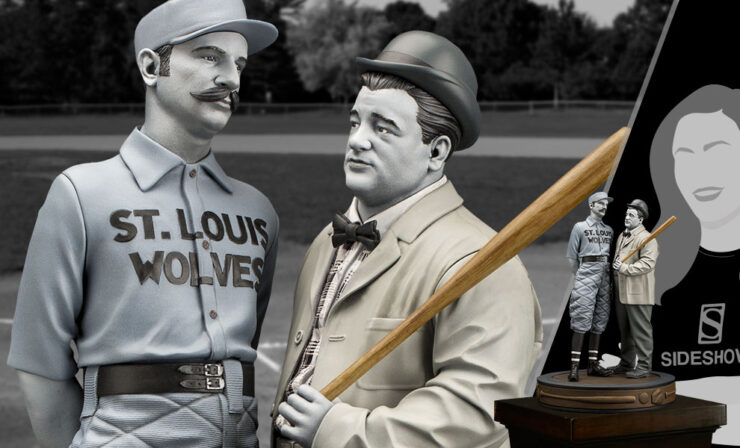 The Abbott and Costello “Who’s On First?” Statue captures two of the most iconic comedians in one of their most iconic performances. In fact, this sketch is perhaps one of the most famous comedy sketches of all time.

The nuanced agitation jumps off of the sculpture of Bud Abbott’s face, and the dumbfounded confusion is clear in Lou Costello’s stare. Depicted in period accurate attire, and ready to bat, there’s no better way to celebrate these comedy greats than with this collectible. 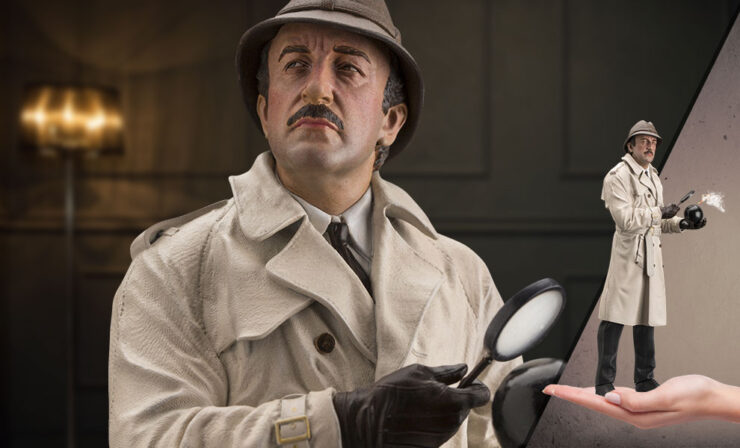 The Peter Sellers Statue stands in the midst of a great mystery as Inspector Jacques Clouseau. He is meticulous, finding every clue through the magnifying lens and stumbling his way into and upon the greatest secrets of our time. 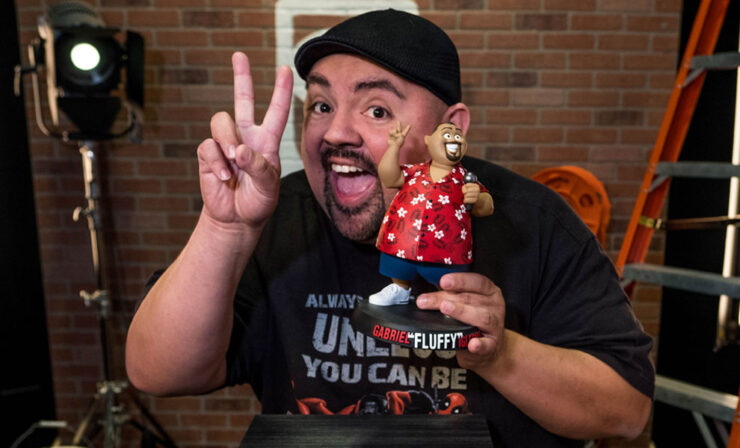 You can expect some big laughs and smiles with the Gabriel “Fluffy” Iglesias Design Collectible Toy. Gabriel Iglesias is known for his hysterical impersonations and his popular standup comedy show, “I’m Not Fat… I’m Fluffy!”

This stylized likeness on Gabriel Iglesias is Fluffy-approved, wearing his iconic Hawaiian-style shirt and holding up a peace sign. 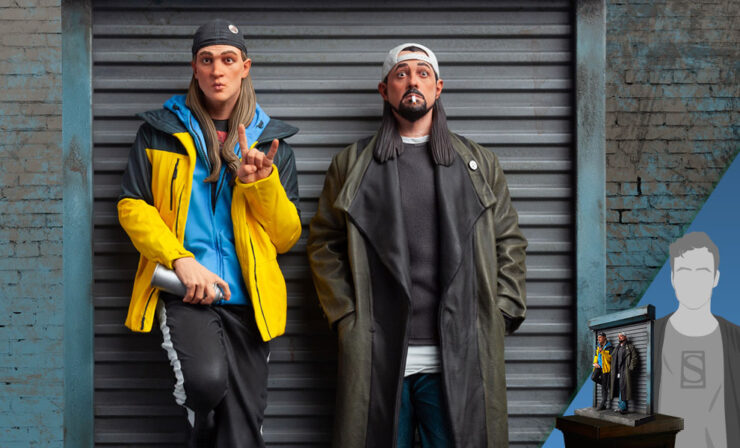 Hang out and around with the loitering mack-daddies of Jersey with the Jay and Silent Bob Polystone Statue. Jay, played by Jason Mewes, and Silent Bob, played by Kevin Smith, appear in the background of lots of movies, and foreground of a few.

Their presence is felt near convenience stores across the country, and eventually, even in Hollywood. And while this figure of Silent Bob might seem silent on your shelf, he’s probably just waiting for the right moment to say something pretty profound. 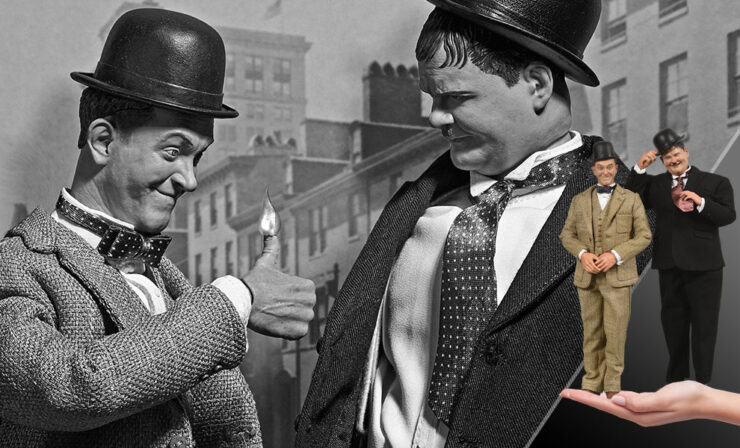 The Stan Laurel and Oliver Hardy (Classic Suits) Sixth Scale Figure Box Set is perhaps one of the most complete comedy collections available that comes with four interchangeable portraits, 16 interchangeable hands, and a dazzling array of accessories that fit every mood and method of the comedic double-act.

They appeared as a team in 107 films, and now they can appear in full color as a poseable dynamic duo in your collection, where you can recreate your favorite comedy moments. 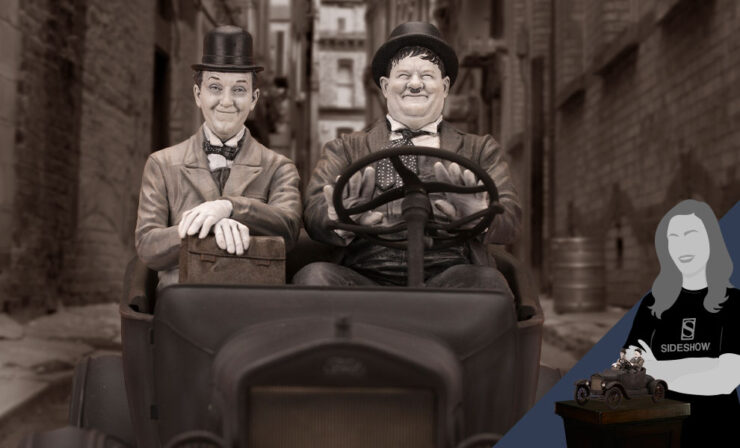 If you prefer pre-positioned portraiture to posing pieces yourself, I posit the the Laurel & Hardy on Ford Model T Statue is the perfect choice for you!

This statue is inspired by images from the film Busy Bodies, where the duo makes their way to the sawmill. This Model T automobile is just as much of a character in the scene as the Laurel and Hardy themselves, and so the car’s sculpture got just as much attention to detail as the pair of comedians taking it for a spin.

The Joker Statue by Iron Studios 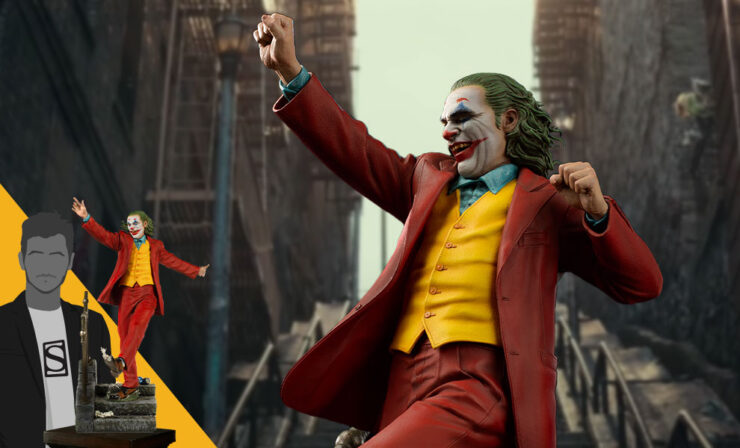 The Joker Statue captures the not-so-successful comedian Arthur Fleck in a single frame of freedom. He has fully accepted the character that he has become. He’s no longer a failed comedian. He’s on his way to be on TV right now!

And he’s planning to start his performance with a bang, posed atop the now-iconic staircase from Todd Phillips’ bold reimagining of the infamous Batman villain. Based on the portrayal by Joaquin Phoenix, this collectible captures the comedian in the height of his liberating insanity. 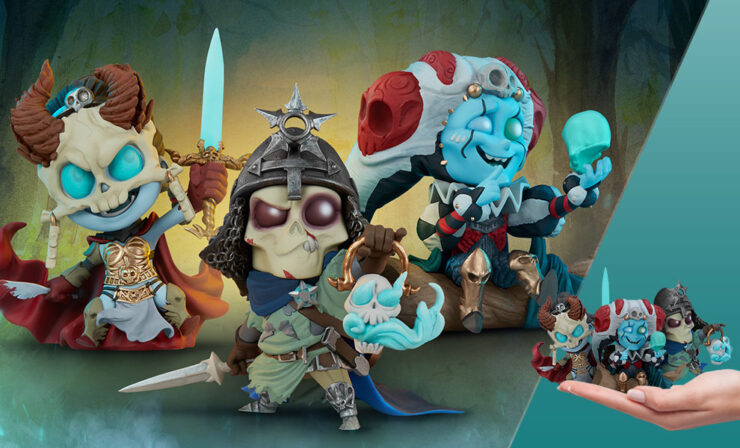 Kier, Relic Ravlatch, & Malavestros: Court-Toons Collectible Set invites you into the world of Court of the Dead. And while none of these characters are outright comedians, Malavestros does have a penchant for wordplay!

As an Underworld bard, he cleverly spins words and songs in such a way that you might find yourself laughing at the absurdity of life. Like a hearty chuckle, you’ll feel the call of rebellion rise from your stomach to your chest.

Who is your favorite comedian? Let us know in the comments and don’t forget to Let Your Geek Sideshow!

Be sure to check out all of Sideshow’s comedy collectibles for all your classic comedy needs! 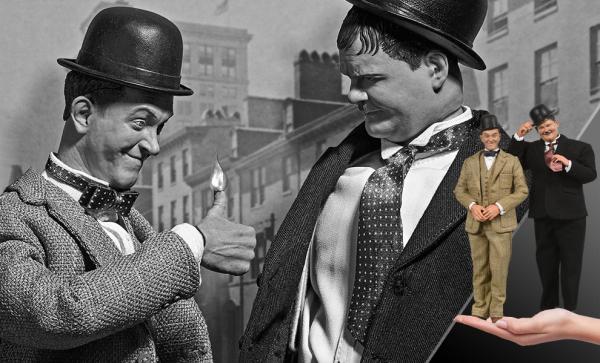