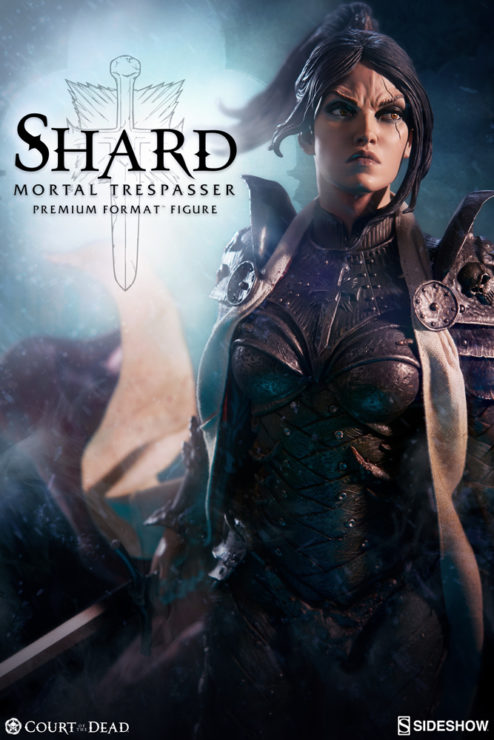 Attention, Court of the Dead fans! Sideshow has an exciting STATUE GIVEAWAY opportunity rising from the Underworld- but we need your help to bring it to (after)life. This giveaway will be launched for members of our Court of the Dead Official Facebook Group, but the frightening festivities won’t begin until we hit a goal number of followers…

The Rise, Conquer, RULE group is a place to share your Underworld loyalties, discuss your Court collection, find kindred spirits, and help bring the Alltaker’s rebellion to its full strength away from the eyes of the Celestials. There are so many awesome, fun things planned for this group (including content and giveaways), and we want to get the word out so that dark fantasy/Court of the Dead collectors and fans everywhere can participate and join in the fun with us!

With that in mind, we are going to be giving away SHARD: THE MORTAL TRESPASSER! Shard is the first living, breathing mortal to ever set foot in the Underworld. To better prepare her for the harsh environment of the realm of the dead, the former Templar knight is adorned with armor forged by artisans of the dead within the capital city of Illverness.

This will be a GLEAM CONTEST that every member of the group will be eligible to enter! The kick is… the contest will not start until the group has reached 2,500 total members!

If you want the contest to start, invite your Underworld lovin’ friends to join us using the ‘Invite Members’ section of the Court of the Dead Facebook group page! Everyone is eligible to win, even if you’ve won something from us in the past 30 days. 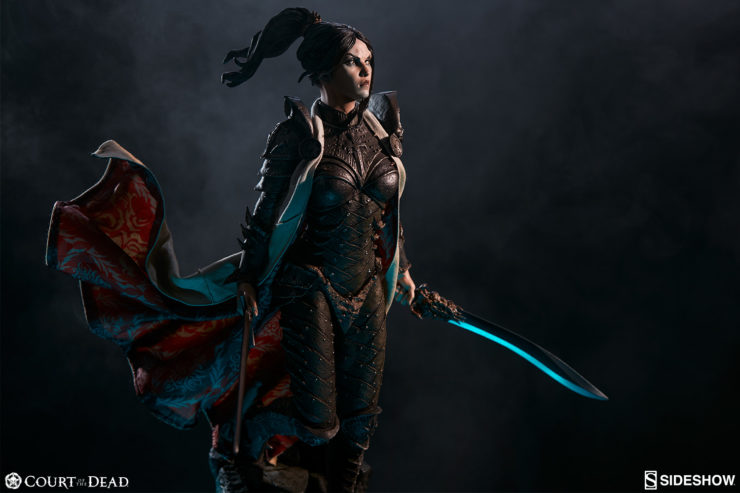 There is no limit to the number of people you can invite. The more dark fantasy/Court of the Dead/Underworld fans you bring to the group, the closer we get to starting this contest. All members are eligible to participate, even newly joined members.

Start inviting your friends right now; we’ll start this contest as soon as we’ve reached 2,500 members! And if you haven’t joined yet, be sure to check out Rise, Conquer, RULE– Find your faction, pledge your loyalty, and bring us another step closer to this exciting giveaway!

You can only win if you live in a country where we ship, and the winners will be responsible for the shipping charge. ONE winner will take home SHARD: MORTAL TRESPASSER Premium Format™ Figure. Full terms and conditions here: side.show/contest

Spider-Man No Longer in the MCU, New Rambo: Last Blood Trailer, and more!

QUIZ: How Well Do You Know Iron Man's Suits?