HTBAP: We Do NOT All Look Alike! 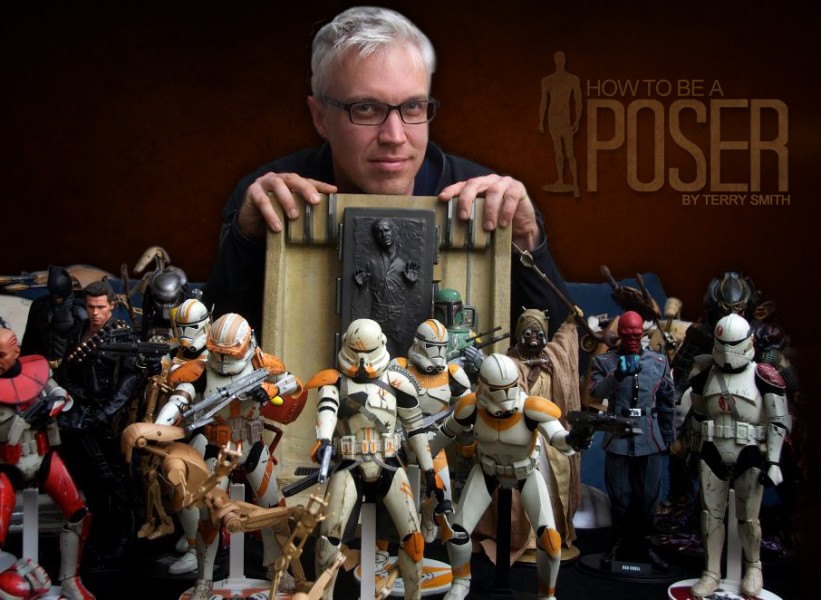 A common criticism of the uninitiated into Clone collecting is that, “They all look the same!” That’s a statement that, to me, throws down the gauntlet. Observe:

Commander Neyo is the clone responsible for the execution of Jedi General Stass Allie on the world of Saleucami after the initiation of Order 66. A bit of research revealed that this character was notorious for being cold and implacable.Considering the unique look of his helmet – which continues to remind me of Jason Voorhees – I wanted to give Neyo the appearance of a cold-blooded serial killer who just so happened to be a military commander. I lowered his head to give the impression that he was looking out from beneath his brows. The upright stance and measured stride indicate a cold resilience and determination. And the application of the pistol, as opposed to the use of a larger carbine or long rifle, implies a very personal intent. I wanted anyone viewing him on my shelf to know, with certainty, that this clone was up to no good.

The characters Boil and Waxer left an instant impression with me. Not only because of their status as the best of the 212th Attack Battalion, which was fun, to be sure. But also because of the nature of their encounter with the young Twi’lek girl, Numa, in the “Innocents of Ryloth” episode of Star Wars: The Clone Wars. 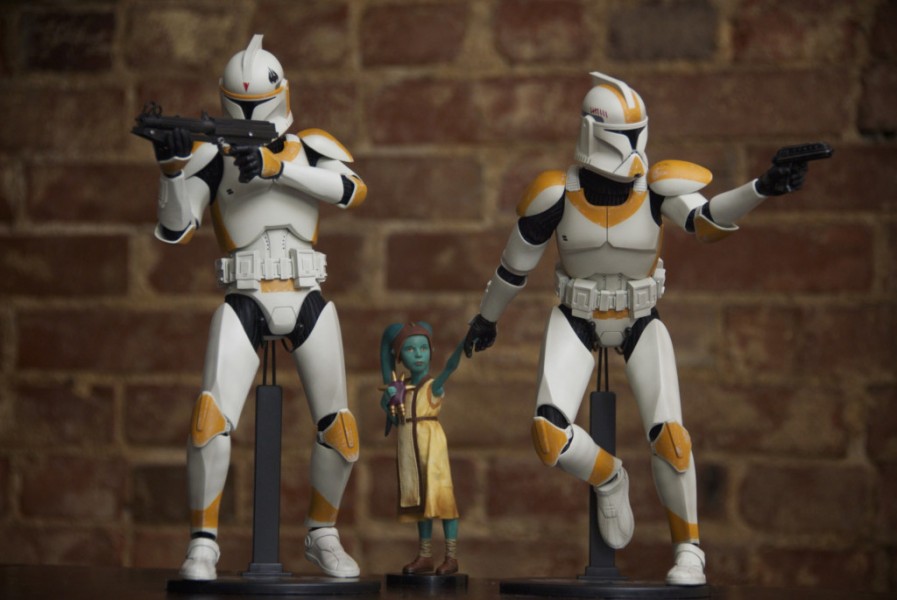 I was looking for a moment here – one that captured the poise of these expert warriors on the battlefield while simultaneously illustrating their status as protectors of the innocent victims swept up by the war.

When developing this pose for Clone Commander Ganch I had just finished playing through the XBox 360 game, Halo: Reach, for the umpteenth time. I kept thinking about the lone wolf nature of the game’s protagonist, Noble Six … most especially, his last stand at the end of the game, surrounded, outnumbered, outgunned, alone, desperate. 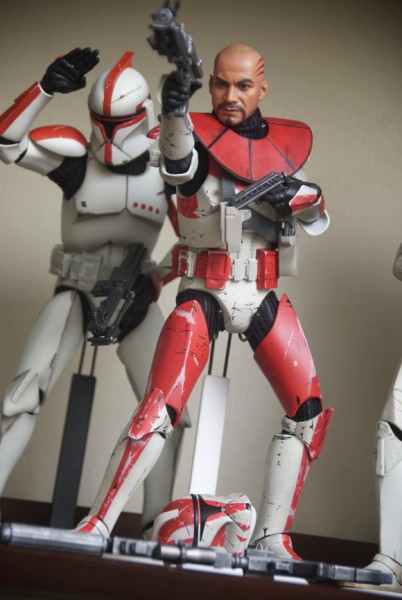 There’s even a bit when he’s forced to cast off his helmet, leading to a dramatic point-of-view perspective of his final determined moments before being overwhelmed by superior Covenant forces. The Phase 2 Clone Captain in the background was added later, but Ganch himself has remained in this pose since the day he arrived.

And last but not least, these photos of the Utapau Airborne Trooper illustrate the variety of natural poses available to the collector with a standard Sideshow armored figure body. 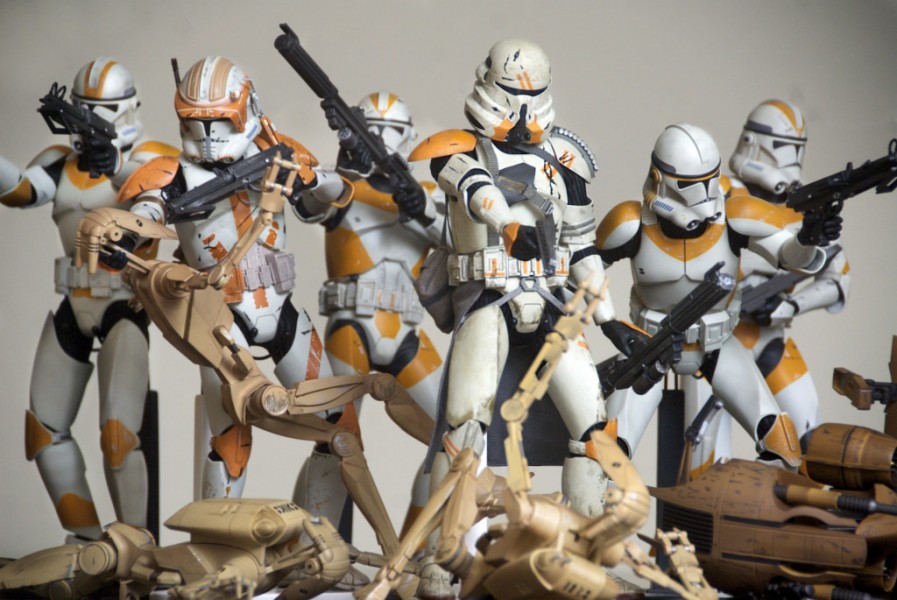 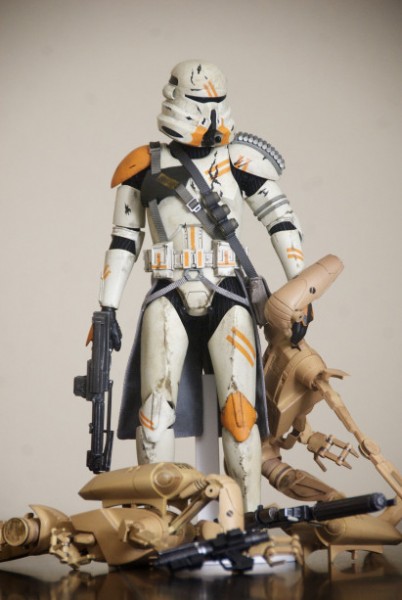 Stay tuned for more How to Be A Poser! 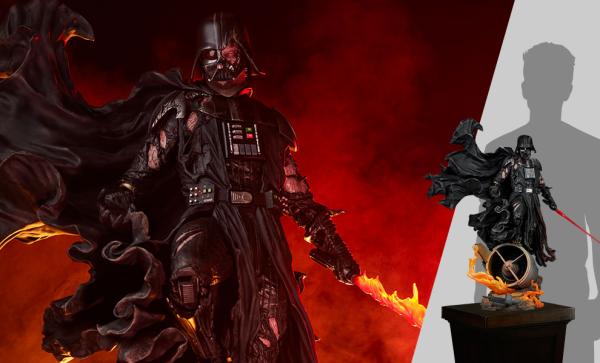