The Marvel Cinematic Universe has been steadily taking over the small screen. Marvel Studios and the Disney+ streaming service have brought Phase Four content from every corner of the MCU, celebrating Avengers such as Captain America and even villains like Loki. There are countless stories to be told as the lore expands, endless possibilities that are rocketing toward their full potential with every Marvel television series.

In 2021, Marvel Studios released five new shows. Unlike past projects, these TV series are connected to the larger MCU — as in, they are directly impacted by and directly affect the overarching plot and future of Marvel’s narratives. So if you aren’t completely caught up, then, you might worry about what you’re missing. Have no fear, true believer! We’re here to count down the most multiverse changing moments in WandaVision, Loki, The Falcon and the Winter Soldier, What If…?, and Hawkeye. 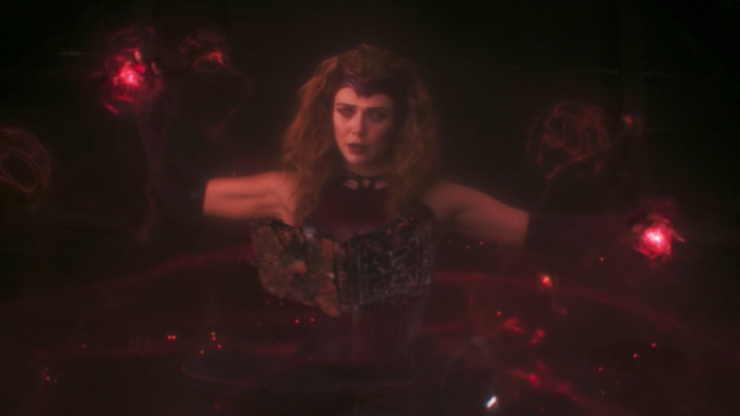 Over the course of WandaVision, Wanda Maximoff’s powers grow exponentially. We watch her grief and hope turn her into a captor of hundreds of people. We mourn with her over the loss of her lover, and cast suspicious eyes on Agatha Harkness. Finally, our jaws drop in awe as Wanda’s confidence turns her into the Scarlet Witch. She is in control of magic beyond comprehension, and innately tuned into the machinations of universes beyond her own.

With her potential fully realized, Wanda also has to accept her wrongdoing. She frees the Westview citizens. This comes at a large personal cost; by letting them go, Wanda must also release her happy family illusion, effectively killing her invented version of Vision and their twin sons, Billy and Tommy. But in the end credits scene of “The Series Finale,” Wanda is shown astral projecting. While her physical form lounges with a cup of tea, the astral Scarlet Witch reads through magic tomes while red chaos swirls around her. She is looking for her children, who call out to her just before the screen cuts to black.

This is a chilling moment. Before the multiverse was even fully realized in the MCU, Wanda was able to search through it to find children who by all accounts shouldn’t even exist. Yet they do — and Wanda is going to find them, likely breaking worlds apart in her quest to reunite with her family. 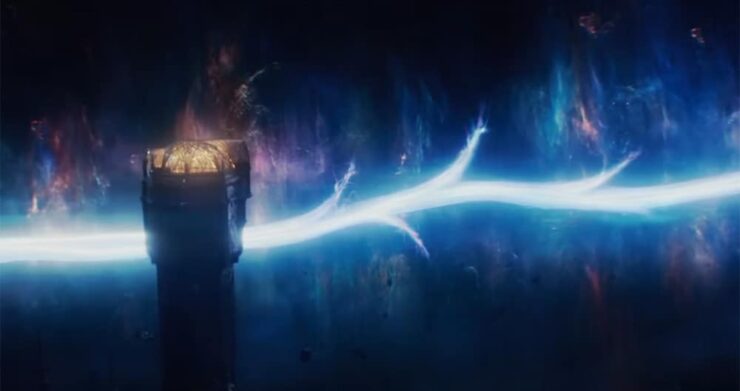 If we had to pick a single multiverse moment of Marvel television, this is it. All other multiverse tampering from Spider-Man and Doctor Strange aside, the splintering of the TVA’s Sacred Timeline in Loki is the most catastrophic — and exciting — thing to happen to the MCU in 2021.

In the Loki finale “For All Time. Always.” Loki and Sylvie confront the man who has been orchestrating their capture and subsequent misery. He Who Remains is odd, charismatic, infinite. He tells the Loki Variant duo that he is a Variant of Kang the Conqueror, a wildly dangerous despot who took over countless universes before He Who Remains managed to survive them all as the puppeteer behind the supposed Sacred or “proper” Timeline. In a tense mind game between the trio, He Who Remains tells Sylvie and Loki that if they kill him, they’ll cause the timelines to rupture into thousands of different realities, and the other, more volatile Kangs will make their moves.

Sylvie stabs He Who Remains anyway. His prediction comes to fruition — setting up for Doctor Strange in the Multiverse of Madness. We see the TVA scrambling to combat the surge of new timelines, and when Loki returns to the building, no one, not even Morpheus, remembers who he is. And there are statues of Kang everywhere. 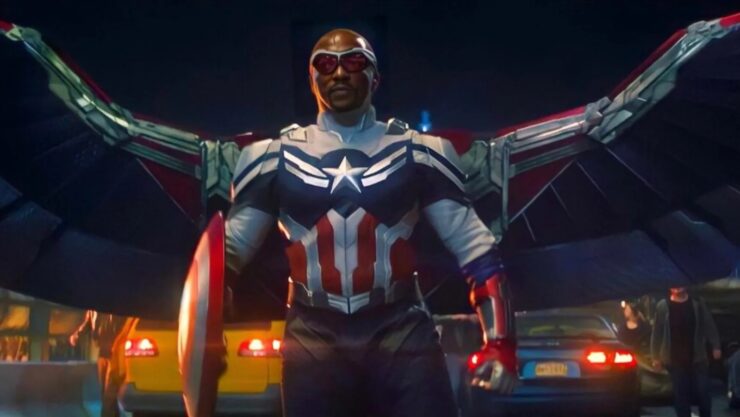 The Falcon and the Winter Soldier series doesn’t have any actual multiverse moments. And make no mistake, Sam Wilson isn’t a variant of Captain America. He is Captain America. This moment, however, has the most impact on the MCU moving forward, so it deserves a mention here.

In the series, Sam struggles with the push to take up the Star-Spangled Avenger’s mantle. Steve Rogers was a close friend, and Sam is dealing with grief over him, as well as his own family issues following Thanos’ Snap/the Blip. But with help from Bucky Barnes and the need to combat John Walker/U.S. Agent, Sam settles into a Wakanda-made suit with speciality red, white, and blue wings. He picks up that iconic shield and Captain America is once again ready to face threats at home, abroad, and in the wider multiverse — possibly even space, if we’re heading there again.

Before it aired, Marvel fans were pretty sure What If…? was going to be a series of unconnected stories. Taking place throughout the multiverse, the show would feature heroes who would get their spotlight and never be seen again. Imagine our surprise — and delight — when The Watcher broke his vow of non-intervention to save the universe by bringing all the characters together into one, interdimensional super team.

This team, composed of Gamora, Black Widow, Evil Doctor Strange, Captain Carter, Thor, Black Panther/Star-Lord, and Erik Killmonger, takes down Infinity Ultron in quite the close call. For the most part, they return to their own universes after. But it’s a big moment that shows us how much Marvel can play around in the sandbox … especially since Evil Strange might be appearing in the live-action Doctor Strange in the Multiverse of Madness.

In a shocking moment from Marvel’s Hawkeye, Kate Bishop discovers that her mother, Eleanor Bishop, has struck a deal with Wilson Fisk. This villain, who controls NYC through fear as the dreaded Kingpin, is not a multiversal baddie. From a larger look at the MCU, his presence is sending shockwaves of joy through the fans. It’s the connective tissue we’ve been dying to see.

This iteration of Kingpin first appeared in the Netflix Daredevil show. Recently Matt Murdock, Daredevil himself, appeared in Spider-Man: No Way Home. Now, Kingpin may or may not have been shot by his surrogate niece Maya Lopez in the Hawkeye finale — we never see a body. If these two are back to help and hinder our established MCU heroes, it’s going to add a lot of intrigue, lore, and wider context to our silver screen superheroes’ stories.

What was your favorite Marvel television moment of 2021? Let us know in the comments, and don’t forget to Let Your Geek Sideshow!