A new scale figure by Hot Toys gives a closer look at Iron Man’s new armor from Spider-Man: Homecoming Marvel Studios and Sony are preparing for one of the most anticipated releases of the year, which marks the web-slinger’s first solo film as part of the Marvel Cinematic Universe.

After a successful introduction in Captain America: Civil War as part of Tony Stark’s team, Peter Parker (Tom Holland) is ready to take on new threats and obstacles back in Queens. Holland will be joined by MCU veterans Jon Favreau (reprising his role as Happy Hogan) and Robert Downey Jr. as Tony Stark, who now takes the role of mentor for young Peter. 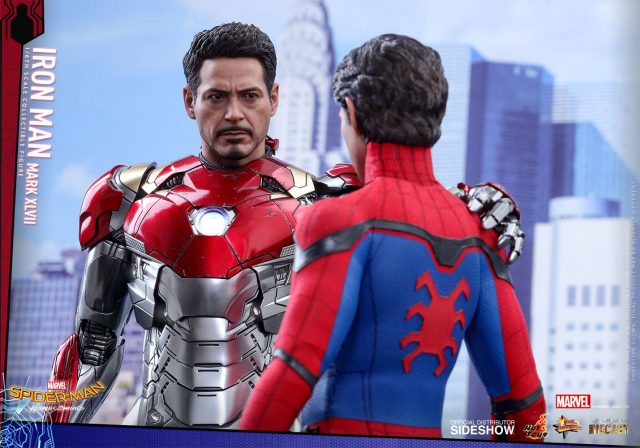 Stark may not be a main character but it’s not surprising that he has been a focal point in merchandise – after all, he is the main connection between Peter and the already established MCU. Following the studios’ tradition of giving the Avengers new suits with each film, Stark will have a new armor: Mark XLVII.

This new sixth scale figure stands approximately 12.5″ with 28 LED light-up points throughout the body, and unlike the previous figure, includes a newly painted Tony Stark head sculpt featuring the likeness of Downey Jr. 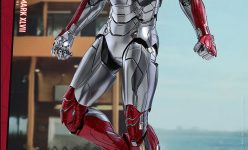 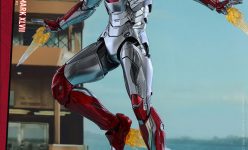 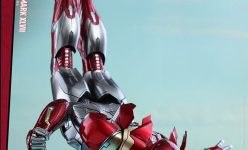 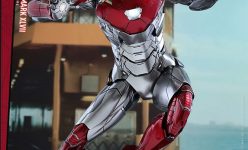 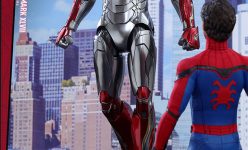 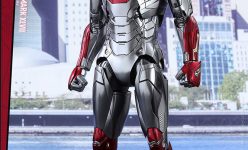 Also included are an interchangeable LED light-up helmeted head, an interchangeable empty helmet emulating the suit in remote control mode, interchangeable armor parts, a specially designed figure stand as well as a mini-repulsors deployer with two articulated mini-repulsors and thrust fire effect parts. And if that’s not enough, the chest armor can be detached to reveal interior mechanical design. It is, without a doubt, the most detailed figure of Mark XLVII to date. 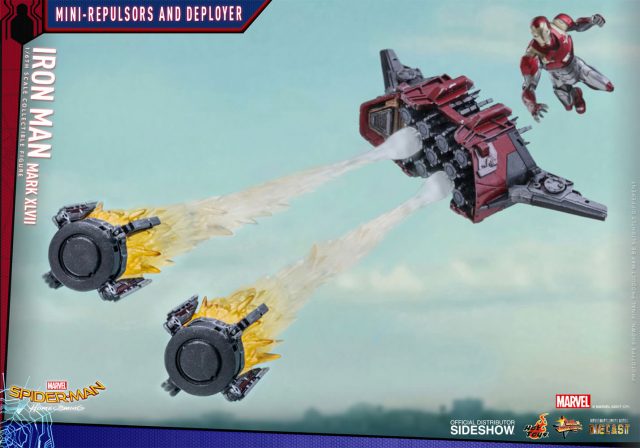 The armor has a red, gold, and silver color scheme and, like its predecessor, uses the F.R.I.D.A.Y. O.S. The weapons are the same as in Mark XLVI but stronger, such as the previously mentioned repulsers, unibeam, missiles, sonic pulse, and more.

Those interested in owning one of this highly detailed Iron Man figures can pre-order now but will have to wait until early 2018 to finally have it. It’s only a matter of weeks until we find out how big of a role Tony Stark has in Spider-Man: Homecoming, and even if we don’t see enough of him on the big screen, at least Hot Toys has it covered with these incredible figures.

The Print-cess of Power: Presenting the She-Ra Premium Art Print!