On August 28, 1993, Mighty Morphin Power Rangers premiered and television sets would never be the same. To honor this classic series, National Power Rangers Day was made an official fan holiday in 2018. The holiday was announced by Hasbro and Saban at Power Morphicon VI and to celebrate, fans are encouraged by Hasbro to share memories, cosplay, do fun videos, and to use the hashtag #NationalPowerRangersDay on social media.

The holiday’s motto is “Everyone gets to be a Ranger!” in honor of the Power Rangers’ commitment to diversity, friendship, and teamwork. The team has saved the day for 21 different franchises but one of the most enduring versions of the Power Rangers is from the 1995 film, Mighty Morphin Power Rangers. Yet, despite box office performance, the 2017 Lionsgate reboot, Power Rangers, also has its merits. Both films capture the nostalgia of Power Rangers in different but equally powerful ways. 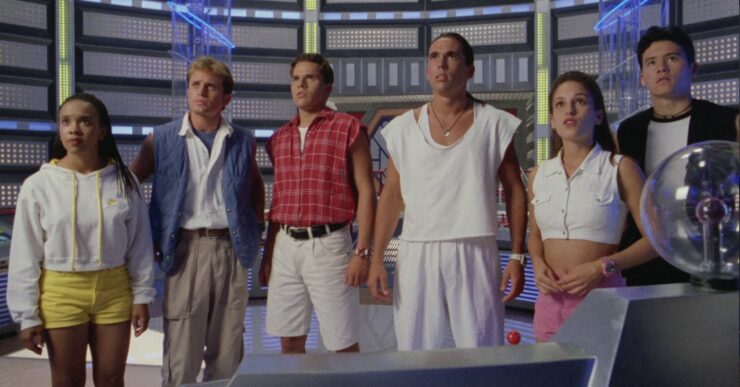 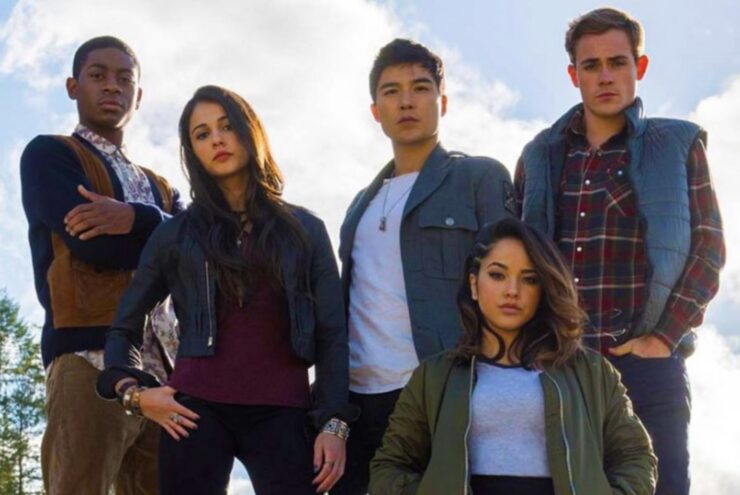 In the opening sequence of the Mighty Morphin Power Rangers TV series, Zordon instructs Alpha 5 to assemble a team of “teenagers with attitude.” Since then, the idea of being a teenager has been a hallmark theme of the franchise. Each film shows the young heroes in a different light, portraying the teens in ways that are reflective of the time period.

The 1995 film, released at the peak of the original series’ popularity, emphasizes a wholesome approach to teenagers. The Rangers have cute, quippy comebacks for every situation. They symbolize the true power of teamwork by relying on each other and supporting each other without question. On television, their characters faced everyday teenage struggles such as bullies and extracurriculars (we see you with those gymnastics, Kim) but ultimately the MMPR team represents the archetypal ideal teen who is popular, gets good grades, and saves the day. There’s even a lighthearted rollerblading montage in the movie.

Modern Rangers for a Modern Audience

These days, society views teenagers with heavier expectations as well as a recognition of what teens really are: complex individuals discovering their own identities. The 2017 film explores that complexity by giving the Rangers flaws that can’t be neatly solved between commercial breaks. Kimberly must grapple with guilt about sharing revealing pictures of a friend to the entire school. Trini deals with untrusting, chaotic parents who don’t support her sexual orientation. Zack struggles to balance school with taking care of his sick mother. Jason fails to meet his father’s strict expectations after being nearly expelled. And Billy is an outcast among his peers who is also autistic. Each of these kids is smart and capable, like all Power Rangers, but they’re allowed to be real, too. 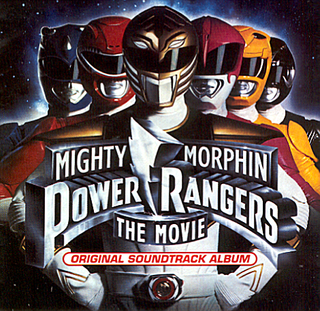 Few theme songs are as instantly recognizable as the MMPR theme. The second those synthesized guitar riffs hit your ears, it’s hard not to yell “GO! GO! Power Rangers!” The 1995 film soundtrack is packed with mighty morphin music worthy of the planet-saving team. Just don’t play the “Alpha Song” — you’ve been warned.

The whole soundtrack is now a ’90s throwback itself. There are rock anthems from the Red Hot Chili Peppers (“Higher Ground”) and Van Halen (“Dreams”) that give the soundtrack an epic lift, while Devo lends the high-energy “Are You Ready?!” and the “Kung Fu Dancing” remix is a questionably cheeky nod to the series’ origins. One of the most instantly recognizable bops from the movie, “Trouble” plays while all the children of Angel Grove are partying without their parents. This song is actually from Shampoo, a British duo whose other work is more typical of the Riot Grrl scene of the ’90s.

They’ve Got the Power!

In a stroke of musical genius, the MMPR soundtrack utilizes Snap!’s 1990 Eurodance hit “The Power,” a fun reference to the Power Coins. On the 2017 soundtrack, there are fewer bangers, although With You samples “The Power” in the song “Give It All,” which also brilliantly features Santigold and Vince Staples. And, if you listen closely during the scene where the modern Rangers first charge forward in their Zords, you can hear that iconic theme song riff in the background. 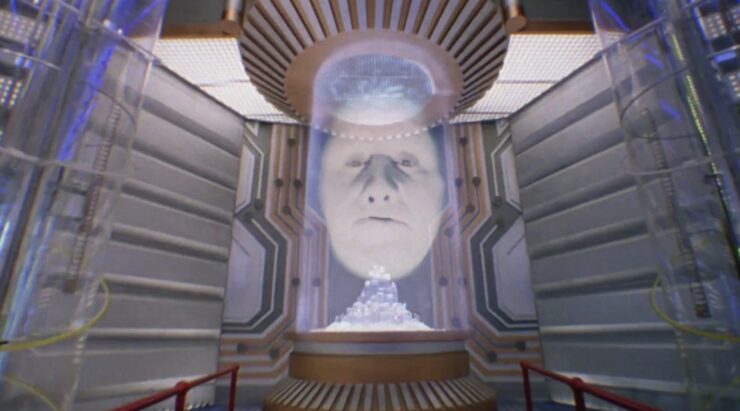 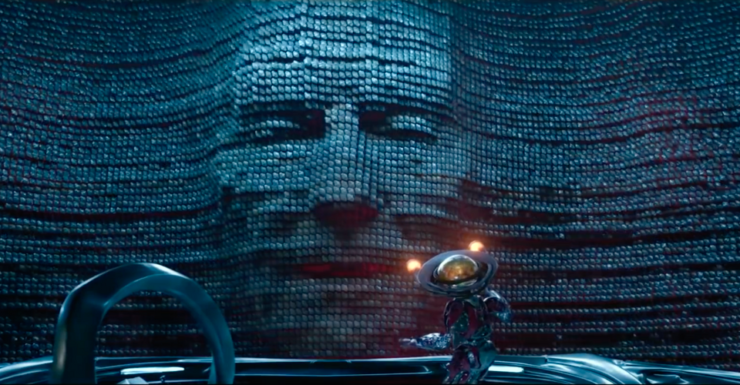 You can’t discuss the Power Rangers without including Zordon, the extraterrestrial guardian of the teen heroes. In most of his appearances, Zordon is a floating head that’s confined to a holographic form in the Power Chamber. A strange style choice, but memorable nonetheless.

In the 1995 film, Zordon is a benevolent fatherly figure to the Power Rangers. His team looks to him for guidance and when Ivan nearly destroys him, the Rangers are visibly upset at the thought of losing him. In what is easily the movie’s most heart-wrenching moment, Kimberly is in tears as she tells Zordon he can’t die before the team has a chance to save him.

While the ’90s version of Zordon is patient and kind, the 2017 Zordon is a bit grittier. When the Power Rangers first landed on Earth to protect it, back in the Cenozic Era, Zordon was the Red Ranger. As the leader of the team, he took responsibility for their failure. While his teammates die around him, Alpha 5 embeds Zordon in the Morphing Grid. He’s only reawakened when a new team of Rangers emerges; however, his initial goal is to use the new Rangers’ power to revive himself, rather than guide them. This grief-stricken, conniving Zordon is jarring for those only familiar with his original ’90s version. 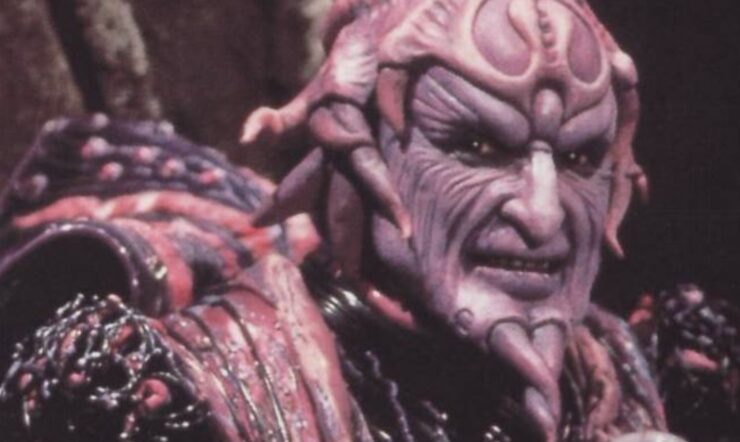 If the glamour shots above don’t convince you, the Power Rangers franchise excels when it comes to repulsive villains. The entire franchise has never shied away from being campy — especially when it comes to villains. Take Ivan Ooze, for example. While it can’t be denied that his ultimate goal is dominion of the universe, he does so with comedic gusto. The purple dude is funny. As he obliterates the Power Chamber, he laments missing horrific historical events like the Black Plague, the Spanish Inquisition, and the Brady Bunch reunion. He may be ruthless in his destruction but he’ll make you laugh along the way. Ivan Ooze toes the line between over-the-top pop culture references and ruthless villainy.

On the other hand, the 2017 Rita Repulsa is compelling because of her dark past. While there are moments of comedy, like when she eats a donut as Goldar annihilates Angel Grove, this Rita is almost tragic. As established by the original TV series, there has always been a close connection between Rita and the Green Ranger. But in the 2017 film Rita actually is the Green Ranger — or rather, she was when she fought alongside Zordon before coveting the power for herself and betraying the entire team. This backstory with Zordon gives Rita’s character so much more depth and the audience has a reason to believe in the two character’s enduring animosity for each other. When Rita antagonizes the new Rangers, there’s more than just random evildoing; Rita conveys jealousy and pain, which allows the audience to connect with her as a character. 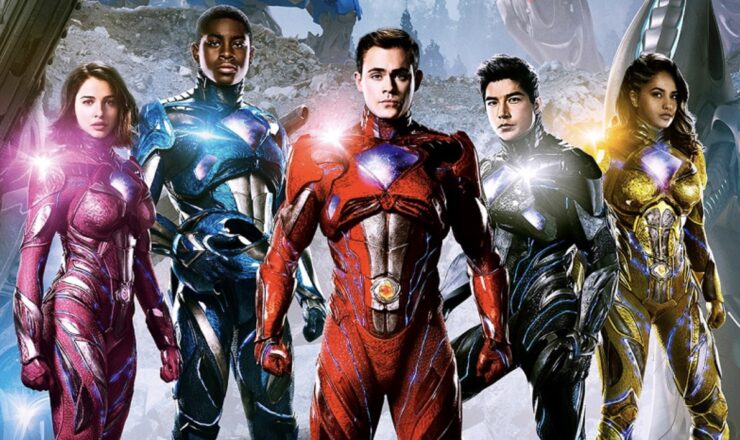 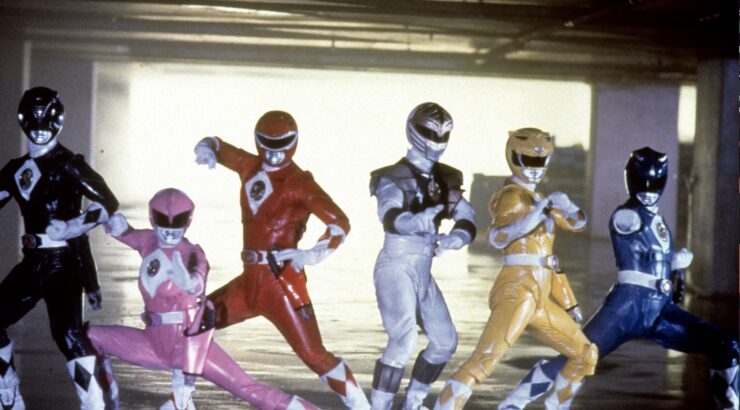 The Power Rangers’ actual powers are tethered to their outfits. Each Ranger is granted enhanced fighting ability and stylish armor by the Power Coins, which connect to the Morphing Grid. The original series faced important criticism for its choices of who to assign each color, but the 2017 film pokes fun at this mighty oversight. When the team first gets their Power Coins and Zack, played by Chinese Canadian actor Ludi Lin, turns out to be the Black Ranger, he exclaims “I’m black!” The Blue Ranger, Billy, who is Black and played by RJ Cyler, replies, “No you’re not.”

The suits represent the Power Rangers’ abilities, their Zords, and their functionality as a team. Back in 1995, the Rangers were already working as a well-oiled machine and their costumes reflect this; as teens, their regular outfits are perfectly balanced between their individual colors and a unifying black-and-white palette. In contrast, the 2017 team requires a lot of work. At the beginning, their clothes have slight hints of their Ranger color. Only with training and practice do their outfits really begin to embody their Ranger identities. Likewise, as their ability to trust each other slowly develops, traces of other teammates’ colors begin to appear in their outfits, finally showing their unity as a team.

The Power Rangers represent the universal dream of so many children: discovering a hidden power and being needed to save the world. Over the years, each Power Ranger (and maybe a villain or two), has helped to inspire that kid we have within all of us. The Power Rangers taught us teamwork in the face of adversity and how to realize our individual, color-coded gifts. Plus, the Zords were cool.

What’s your favorite part of the Power Rangers franchise — movie, TV show, comics, or otherwise? Keep the conversation going over at side.show/geekgroup, and don’t forget to Let Your Geek Sideshow! 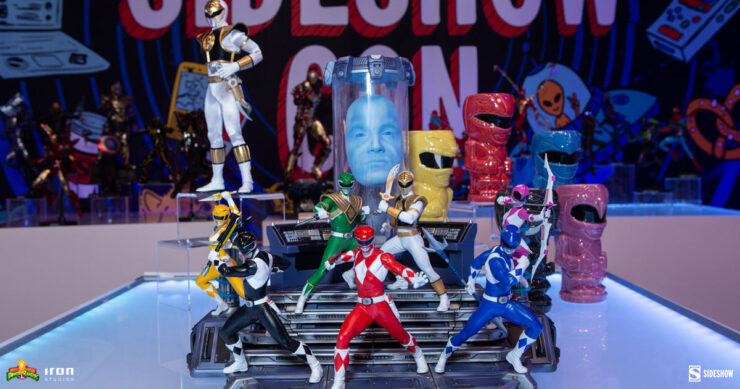 POLL: Which Mighty Morphin Power Ranger Is Your Fave?