Some heroes wear capes, others wear a mask, but all heroes have their inner struggles too. Readers look to stories of the supernatural or the superpowered because we enjoy finding the humanity in the extraordinary. In the following issues, we see superheroes and regular people alike claiming their place in the world and showing pride in their identities.

This past June, DC Comics and Marvel Comics released their first-ever Pride issues — these anthologies amplify the stories of LGBTQ+ heroes we already know plus a few who might be new to your gaydar. Each anthology has been assembled by teams of creators who also represent various parts of the LGBTQ+ community. You can also find them featured on the June 9 Comics Haul and June 23 Comics Haul episodes of Sideshow’s comic book podcast series, The Comics Haul with Amy and Paul.

Outside of the realm of the super, the eight remaining titles included here contain equally empowering stories of community, self-discovery, and queer joy worthy of a spot on your reading list. Read on for the Pride Month Comic Book Roundup! 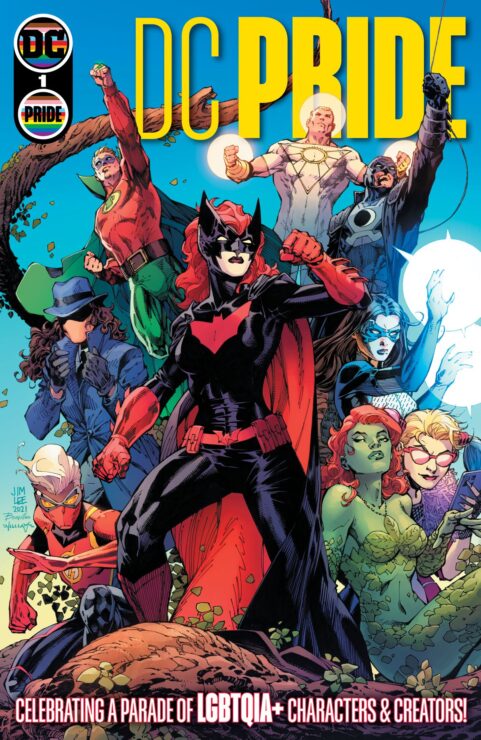 DC’s inaugural Pride issue showcases a Justice League ensemble composed entirely of queer heroes as they spend a day at a Pride celebration that’s (of course) interrupted by supervillain Eclipso. Dreamer, the first trans superhero on television who was created for The CW’s Supergirl, also makes her comics debut, written by actress Nicole Maines, who originated the role. Plus, there’s a particularly poignant story of Alan Scott, the original Green Lantern, reconciling his late-in-life coming out with his openly gay son Obsidian. 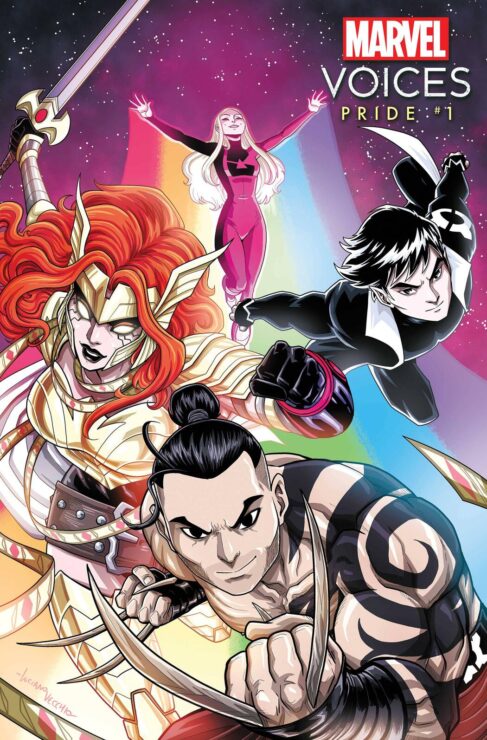 Pride is more than “love is love” but Marvel Voices: Pride #1 will remind you that love can be its own superpower. In Marvel’s premiere anthology issue of LGBTQ+ heroes, we see dream-manipulating Somnus make his debut, Iceman struggling to thaw a lifetime of denial, Mystique and Destiny defending their right to be together, and Elektra Natchios (the current Daredevil) learning from trans character Dr. Charlene McGowan. Plus there’s a super-cute date story featuring Speed and his boyfriend Prodigy as they go out for some pizza. Love is also pizza, y’all. Before we all shipped Harley + Ivy, there was Pamela Isley, a young woman who struggled to fit in with the world around her. This iteration of Poison Ivy‘s story reimagines her origins and considers whether she is capable of turning over a new leaf in the face of hardship and heartache. 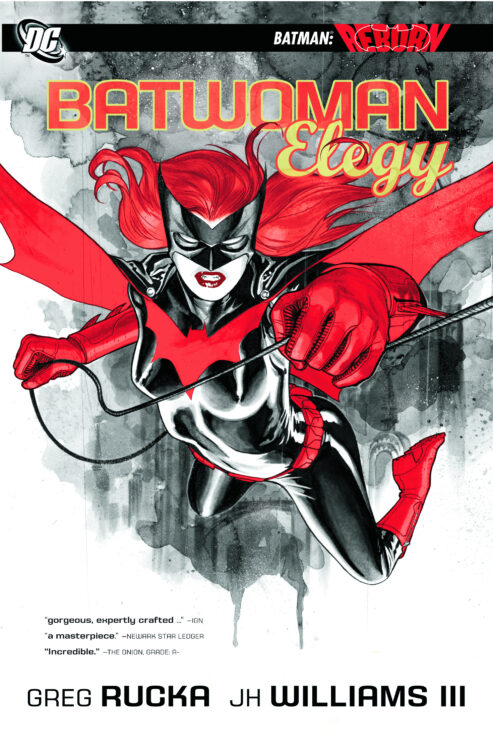 Gotham City’s openly lesbian defender must face off against Alice, an Alice in Wonderland-inspired villain who will change Kate Kane’s world forever. Batwoman‘s storylines are interwoven with her Hebrew background, being an out superhero, and confronting a maddening family history. The Wicked + The Divine (Image Comics) 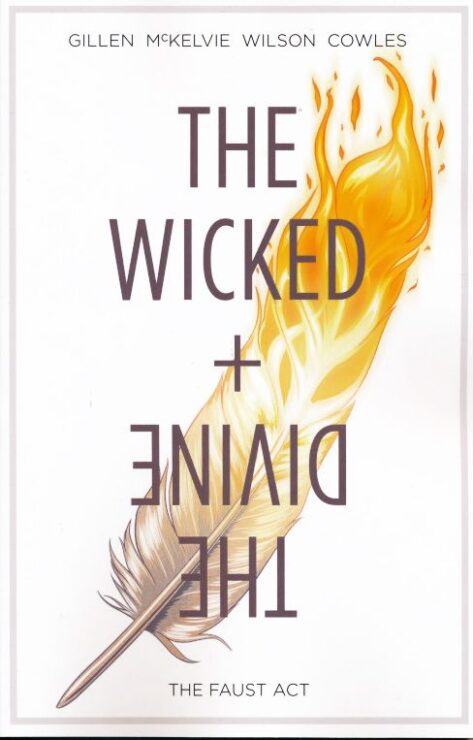 If global mythology and pop stars are your thing, then this is the series for you. The Wicked + The Divine follows a rotating roster of deities who are reborn into a world that simultaneously worships and demonizes them. Every 90 years they return, rocket to international fame, and 2 years later, they all end up dead. Expect shocking twists and turns in each panel along with vibrantly stunning artwork. 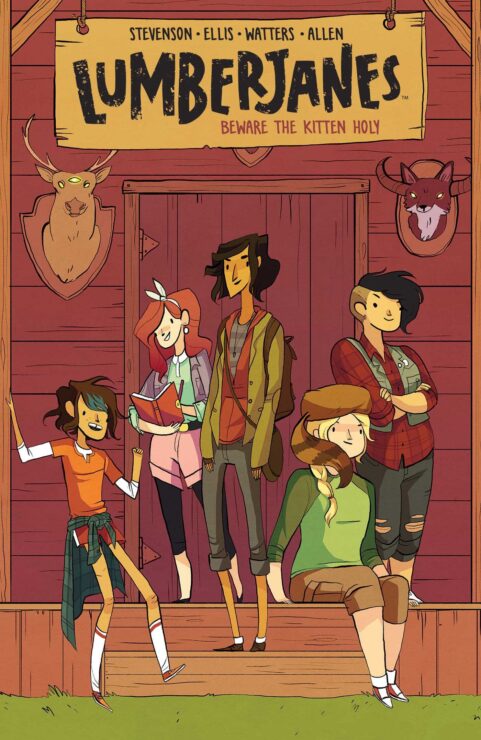 Ahh, summer camp — a place to discover lifelong friendships and earn scout badges for solving supernatural mysteries in the forest. This series features characters who are indigenous, mixed race, and on various points of the sexuality and gender spectrums working together to save the day. An animated adaptation of Lumberjanes is in the works for HBO Max. 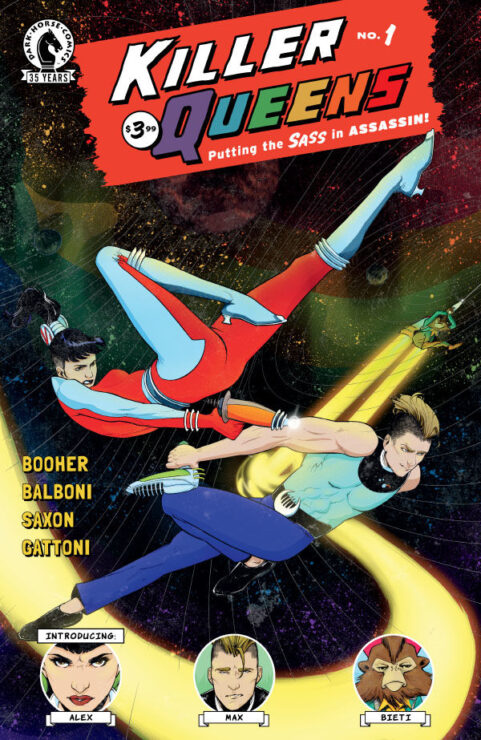 With a title like that, you know it’s gonna slay. Like, literally — the tagline for this one is “Putting the Sass in Assassin!” Sounds like a bloody good time for interstellar twins on the run from a vengeful monkey boss with a jetpack. Yeah, you read that right. 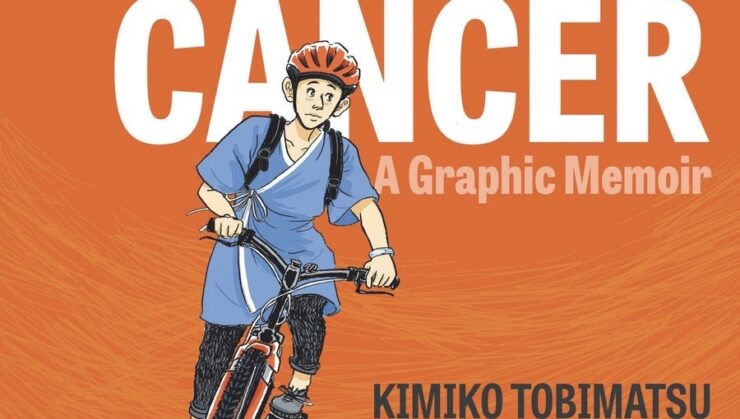 Being in your mid twenties is all about friends, family, finding yourself, and … cancer? After a shocking diagnosis, Kimiko Tobimatsu must navigate the world of breast cancer while also balancing the rest of her identity as a queer, mixed-race woman. From the author of Alice in Leatherland comes four tales of getting in tune with yourself. Zanfardino shows us characters who listen to an enigmatic radio broadcast that wakes them up to harsh realities and necessary truths.

Which of these titles are you proud to have read? What’s your favorite LGBTQ+ release that we missed? Let us know in the comments, and don’t forget to Let Your Geek Sideshow!

Who Is Wonder Woman's Father?