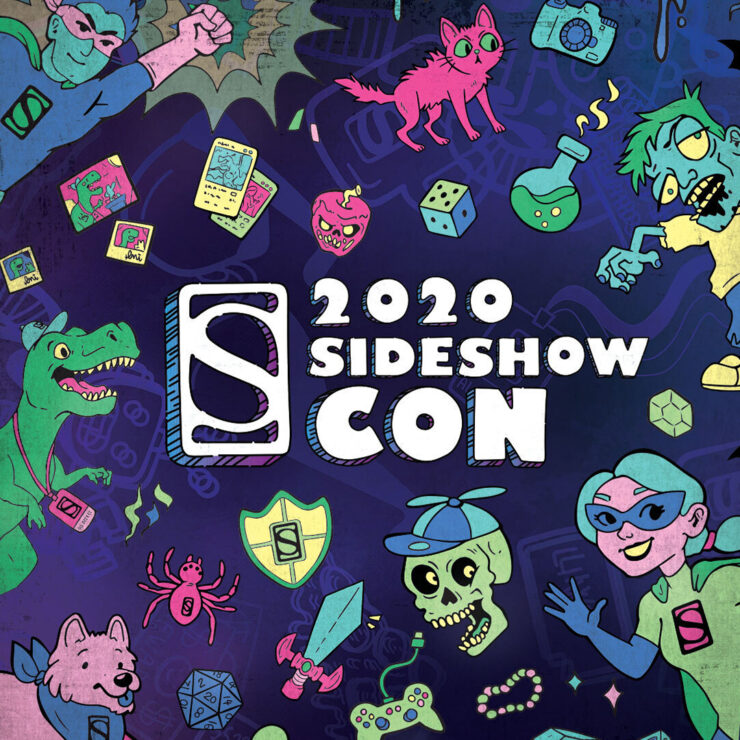 This July, Sideshow set out to connect audiences to the spirit of conventions in its inaugural Sideshow Con event, a hybrid physical/virtual love letter to the collector community in a time where many pop culture events have gone entirely online.

Using a private, physical booth space to enhance Sideshow’s comprehensive online event, fans were able to engage with the latest pop culture collectibles with unprecedented access, from detailed livestreams and professionally recorded video content to interviews with Sideshow’s artist and distribution partners, along with the ability to purchase swag, convention exclusive items, and more. 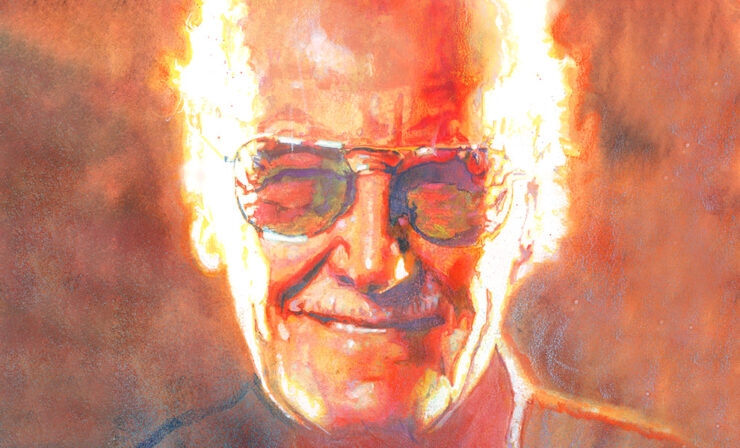 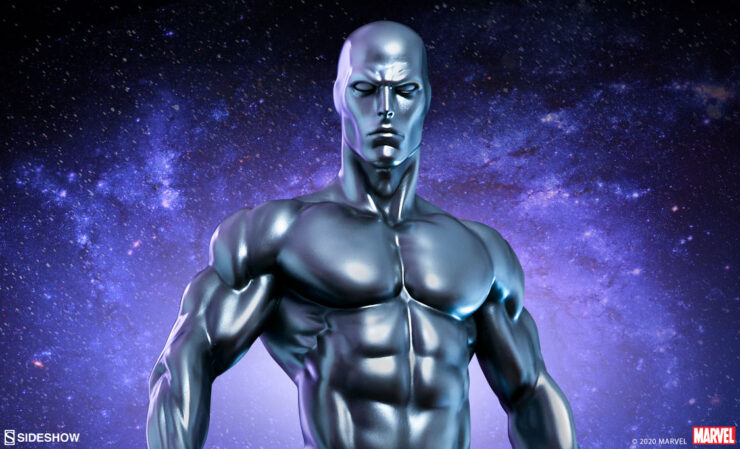 Sideshow’s artists additionally unveiled a number of new and previously teased products, including the first official look at the Silver Surfer Maquette and the Sideshow exclusive Frankie Raye Nova accessory, perfect for fans of Marvel’s cosmic champions. For DC Comics fans, a new Bane Maquette was revealed, intimidatingly tall and standing on a destroyed Batmobile base. Another surprise reveal from the show was the Superman: The Movie Premium Format™ Figure, recreating the heroic presence of actor Christopher Reeve as the ever-iconic Superman. 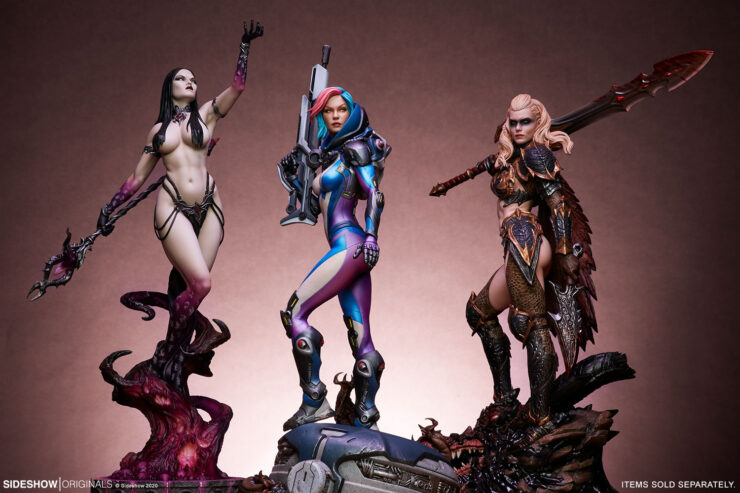 Sideshow Con also featured the premiere of three Sideshow Originals creations representing core concepts of beloved genres- a fantasy Dragon Slayer, a sci-fi Bounty Hunter, and a horror-based Dark Sorceress. Additionally, horror fans were delighted to see the reveal of three new sixth scale figure prototypes depicting the horror icon Ghost Face, as well as a Leatherface inspired by the ending scenes of The Texas Chainsaw Massacre, and a Michael Myers based faithfully on the original Halloween film. For even more upcoming products teased during the show, visit side.show/new. 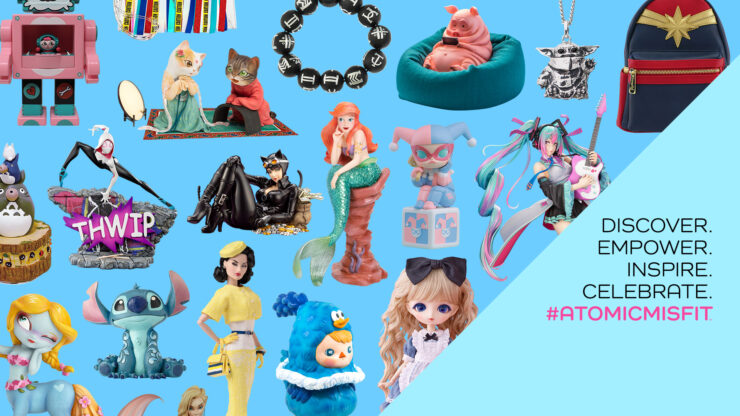 Sideshow also launched a new brand during Sideshow Con, known as Atomic Misfit. This exciting new endeavor featured collectibles both created and curated to inspire the chic, unique, and misfit geeks. A number of original items premiered during the week, such as a line of high-end fashion dolls created by doll design legend Robert Tonner in partnership with Sideshow. Atomic Misfit also featured curated fandom collectibles ranging from functional to fantastical, from brands like Loungefly, Manas SUM, RockLove Jewelry, and more. 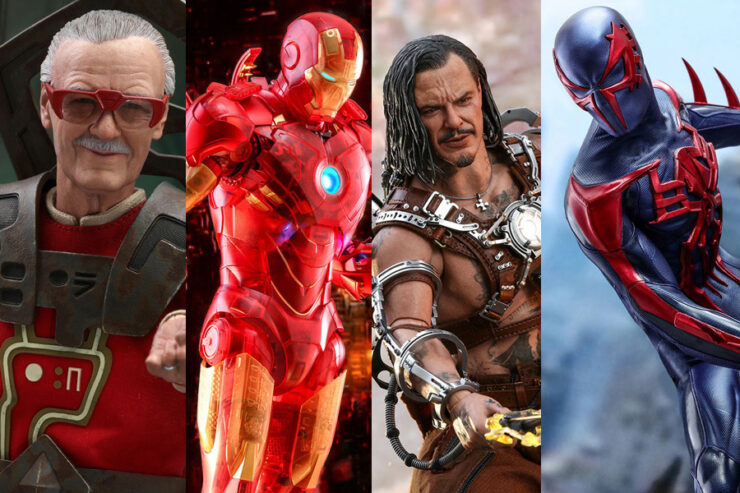 As a part of the summer convention event, Hot Toys released its own Summer Showcase, announcing countless new sixth scale figures and Cosbaby collectibles from the worlds of Marvel’s Spider-Man, the upcoming Black Widow film, Wonder Woman 1984, and more. Many of these figures made their premiere at Sideshow Con, with even more arriving on the sideshow.com site for pre-order during the week. The show also saw the premiere of new Star Wars Sixth Scale collectibles, including realistic versions of Obi-Wan Kenobi and Anakin Skywalker inspired by the animated Clone Wars series.

Hot Toys also debuted a number of highly-anticipated Summer Convention Exclusive collectibles, including an updated Whiplash from Marvel’s Iron Man 2, a Stan Lee Sixth Scale Figure inspired by his memorable cameo in Thor: Ragnarok, the Spider-Man 2099 Black Suit design from Marvel’s Spider-Man, and an original Holographic Version Iron Man Mark IV. Limited in quantity, each of these exclusive items is currently available for pre-order from sideshow.com while supplies last. 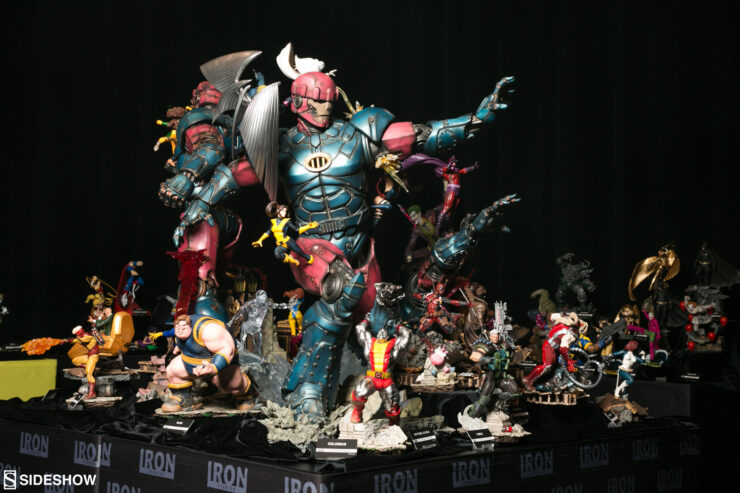 Numerous other incredible collectibles companies were on display at Sideshow Con, presenting their latest reveals and convention exclusive products. One of the show centerpieces was a jaw-dropping display of over a dozen different 1:10 scale X-Men statues from Iron Studios, including three massive Deluxe Sentinel dioramas. Asmus also displayed two of their latest upcoming releases, a highly detailed Aragorn Sixth Scale Figure from the Battle of Helm’s Deep in Lord of the Rings: The Two Towers, and an expressive Ace Ventura Sixth Scale Figure with the likeness of actor Jim Carrey in one of his most famous roles. 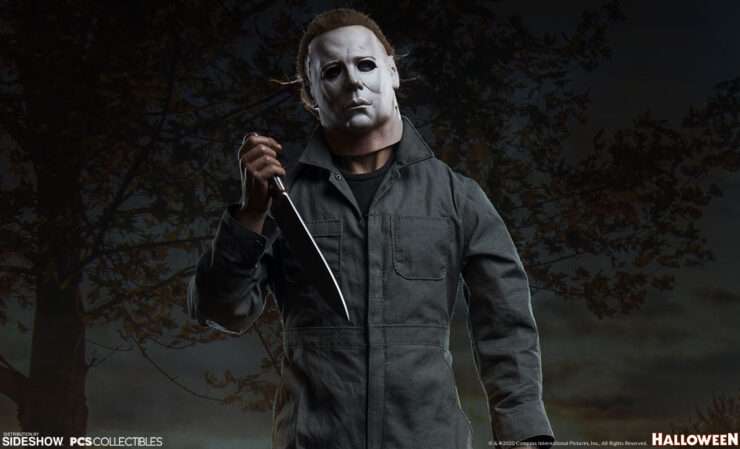 PCS Collectibles displayed a range of products as well, including their upcoming Michael Myers 1:4 Scale Statue, a mixed media collectible that recreates this iconic slasher-killer’s most signature slaughters around its highly detailed base. All of these companies and more were featured throughout the weekend’s rotating displays.

On the final day of Sideshow Con, the company even teased its plans to recreate the experience in fall, to account for its usual east coast convention presence. Sign up for more information about this October’s Sideshow Con New York and see a countdown to the event at side.show/nycon.

Be sure to visit side.show/con to catch up on all of the content, news, and product reveals that debuted throughout the week. Don’t delay- relive all of the Sideshow Con news and excitement today! 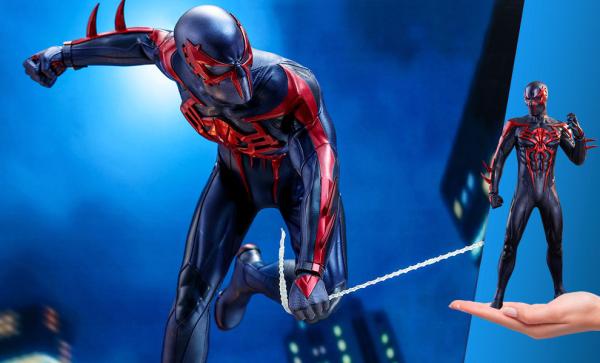 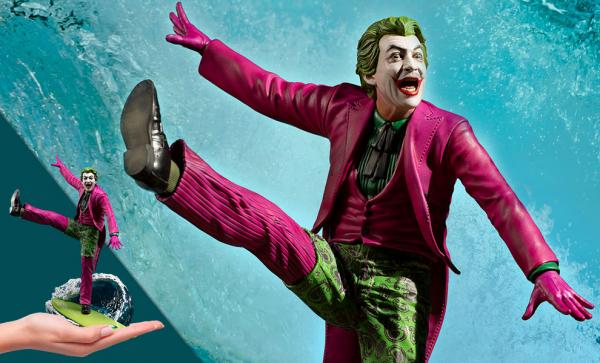 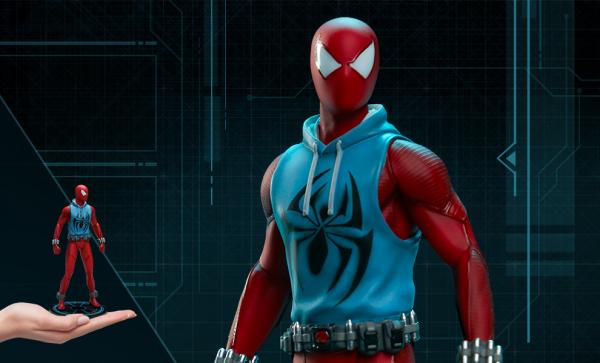