The Lord of the Rings: The Rings of Power Trailer Breakdown

Developed by J.D. Payne and Patrick McKay, The Lord of the Rings: The Rings of Power reunites familiar heroes as well as intrepid newcomers in the fight against the long-feared re-emergence of Middle-earth’s greatest evil. This new Amazon Prime original fantasy television series is set in the Second Age — thousands of years before The Hobbit trilogy and the original The Lord of the Rings films. Essentially, it’s a prequel. It will lead to and explore the forging of the rings of power — including the One Ring — that caused so many hardships in the existing cinematic trilogies.

Amazon Prime Video recently released a round of new Rings of Power character posters. Now, during Super Bowl Sunday, fans got to see their first footage from the new series. It’s brief. Like, a single minute. With over 50 hours of television pitched, the clip has to be quick, obviously.

Still, The Lord of the Rings: The Rings of Power season 1 teaser trailer arrived with much anticipation and didn’t disappoint. Watch it below or on Prime Video’s YouTube. Then join us below as we break down this exciting first look, the Easter eggs, LOTR lore, and more.

The first shot is a sprawling sweep through the coastal city of Númenor. Clean, white and brown buildings are built up from the gleaming water. Bright green trees grow in copses along the streets. A great fire burns as a vibrant torch, standing as tall as the honorific statue. This statue is perhaps Elros Tar-Minyatur, Elrond’s brother and the first of the royal line. Behind him a clear blue sky and puffy white clouds float in front of a snow-capped mountain.

As a small ship sails into Númenor’s harbor, a young girl narrates. “Haven’t you ever wondered what else is out there?” she asks. We pan outside of the city and into fields beyond where two winged nomadic hunters roam. Are these massive wings attached to their bodies, or mechanical additions created to help them hunt? They could be vampires, creatures from Tolkien’s First Age who promptly disappear before the Second. Still, we know the timeline in The Rings of Power is a bit condensed as well as combined. Vampires could happen.

Lastly, it’s important to note that Isildur was born in Númenor. Isildur is the man who cut the One Ring from Sauron yet refused to destroy it, casting Middle-earth into an age of despair. This man becomes King of Gondor and is also Aragorn’s ancestor.

Next we find ourselves in a nighttime forest setting. Here is, presumably, our narrator. Played by Markella Kavenagh (The Gloaming), she is a Harfoot. Harfoots are the ancestors to Hobbits like Bilbo Baggins and Frodo Baggins. And according to Vanity Fair, Markella’s character is one of two “loveable curious Harfoots” that lead us on our journey. Although her society thrives on secrecy, she wants to explore. Already that spells trouble — and we can’t wait to see.

In typical Tolkien fashion, we have an adventurous young narrator. This time, though, we have a female character to explore Middle-earth with us “in the margins of the bigger quests” (Vanity Fair). That representation is refreshing.

Also leading the series is Galadriel (Morfydd Clark from His Dark Materials). As the “Before the King” text indicates, we’re going to get to know different sides of our favorite characters during this prequel. Thus, this version of Galadriel.

Before she was the gentle, gown-wearing ethereal being in The Lord of the Rings, she was apparently swinging on daggers through icy landscapes and brandishing swords. Is she running from someone? Or just out on a solo excursion to spend her immortal years a little more excitingly? Recently revealed plot details about Galadriel’s plight suggest the former.

Galadriel is cast away on the Sundering Seas along with the mortal called Halbrand (Charlie Vickers from Medici). This human character is a new invention by the showrunners. We have no idea how he ends up shipwrecked with an Elf as prominent as Galadriel, or why her travels lead her to such perilous situations.

Speaking of Elves! Keeping in our dark blue color grading scheme, we move to the forest with silvan Elf Arondir (Ismael Cruz Córdova from Star Wars: The Mandalorian™ and Mary Queen of Scots). This woodland Elf is an original onscreen creation much like Legolas’ childhood friend Tauriel. Arondir catches an arrow before letting it fly toward an unseen enemy.

Next, a fancily dressed Elf (Charles Edwards from The Crown, Sherlock, Batman Begins) watches what could be a fireball fly above. Although this is unconfirmed, most people are speculating this is Celebrimbor. This Elf goes on to create three of the rings of power and is thus instrumental to a TV show chronicling Middle-earth’s Second Age.

There are brief flashes to other scenes and locations before we meet this Dwarf. There’s Galadriel on horseback leading a war charge, what might be a troll or some other beast and the torchbearer fleeing it, and then a nostalgic glimpse at Arwen’s home Rivendell. But the most important introduction is Prince Durin IV (Owain Arthur from Babylon). The golden glow on his face suggests he could be standing in Moria.

This is not the Durin to which the Balrog’s nickname the “Bane of Durin” originates. There is no news at this time whether or not we will get to Balrog it up during this show.

Perhaps one of the most interesting parts of this teaser is our look at young Elrond (Robert Aramayo from The King’s Man and Game of Thrones). The background is a bit too blurry to make out what’s happening, but people are fighting. The young half-Elf has his hand on a weapon of some kind — maybe a sword — as he leans over a dark grey stone. Are we in a forge? Mines? Mordor?

Don’t let the lack of beard confuse you. Our next character is Princess Disa (Sophia Nomvete from The Tempest) of Khazad-dûm — a city inside the Misty Mountains. Disa is the first female Dwarf to appear onscreen in a Lord of the Rings project, though female Dwarves have been mentioned by Gimli and others. Her gold-dusted hands could be related to general Dwarven craftmanship, or to the ring forging.

Disa’s appearance flashes to Galadriel’s arrival on the raft, where a rough hand pulls her hand back to reveal her pointed ears.

There’s … a lot going on here. A naked man crouches Gollum-style on black rocks as friend or foe — it’s unclear — grabs his wrist. The fiery, volcanic atmosphere suggests Mount Doom. The location literally explodes in the next instant. Did these characters make it out alive? Did they cause this incident? It remains to be seen.

Near the end of the teaser we move to montage mode. A ginger Dwarf halves a boulder with a powerful ax swing. A short haired masculine figure, his leg chained at the ankle, jumps toward a colorfully draped awning while wielding an ax. A blonde Elf shouts as it rains. He is covered in mud and among a crowd of many more filthy soldiers. Finally, a small hand grips a larger one. We could conjecture a child and adult, but Tolkien’s lore is full of creatures of all shapes and sizes, so there’s no telling who these beings are.

Finally, the title card reminds us of the release date. Make sure you have Prime Video so you can tune into The Lord of the Rings: The Rings of Power as it premieres on September 2, 2022.

What did you think of the new The Lord of the Rings: The Rings of Power trailer? Let us know in the comments, and don’t forget to Let Your Geek Sideshow!

The Lord of the Rings The Rings of Power 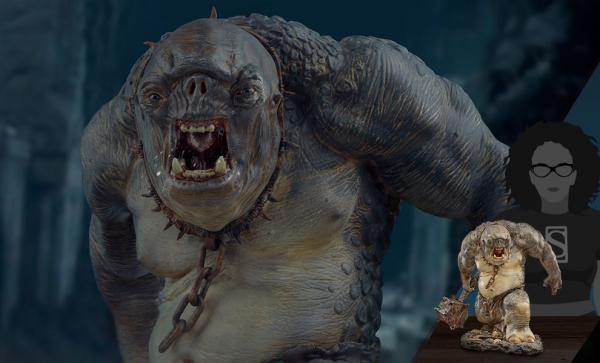 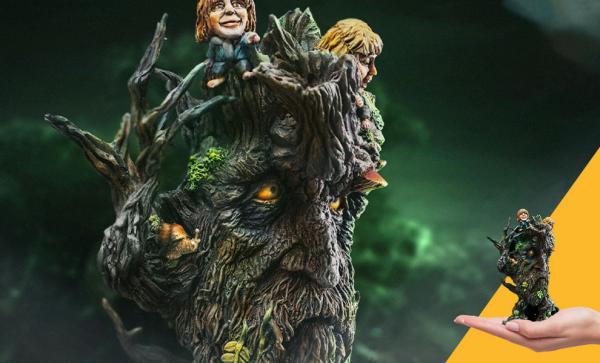 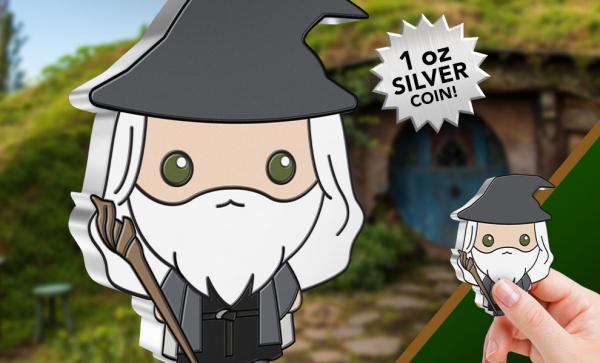 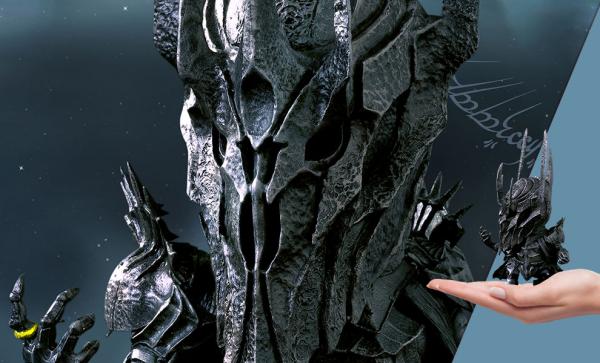