Sideshow attended Star Wars™ Celebration from May May 26-29, 2022, broadcasting LIVE from Anaheim, California, in a custom-built exhibition. During booth tours we showcased some of our latest Star Wars™ collectibles, plus products from Hot Toys, Iron Studios, New Zealand Mint, and more.

But that’s not all! Over the course of the weekend, Sideshow conducted interviews, led viewers through the convention floor, and kept our virtual audience feeling just as involved from home. And although the celebration may be over, we’re never done celebrating a galaxy far, far away. Dive into our event wrap-up below to relive all the fun.

We brought a whole range of showstopping collectibles to Star Wars Celebration. And in addition to our booth display, fans could also enjoy a photo op with the Grogu™ Life-Size Figure. Displayed in a tranquil forest scene, everyone’s favorite Child made for an adorable “celebrity” meet and greet moment. 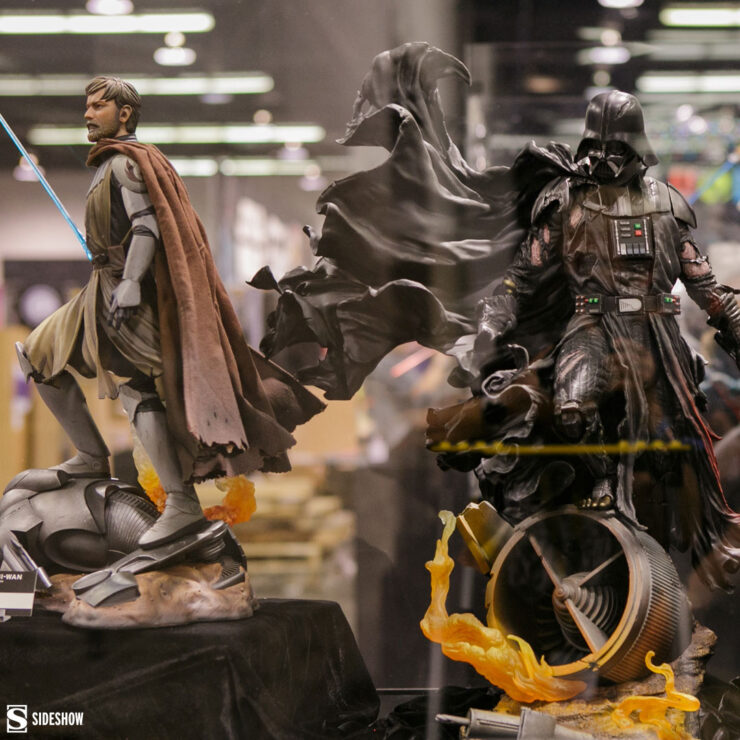 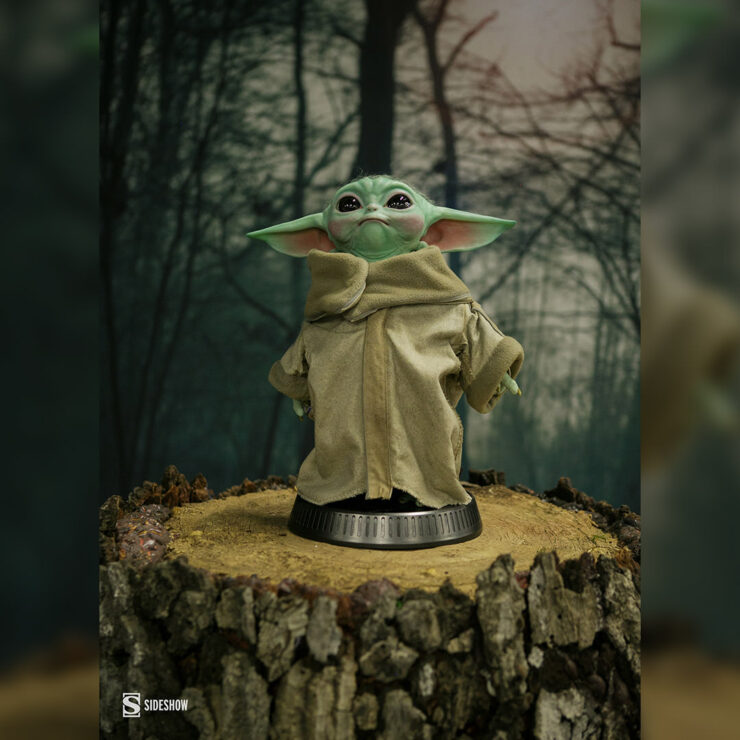 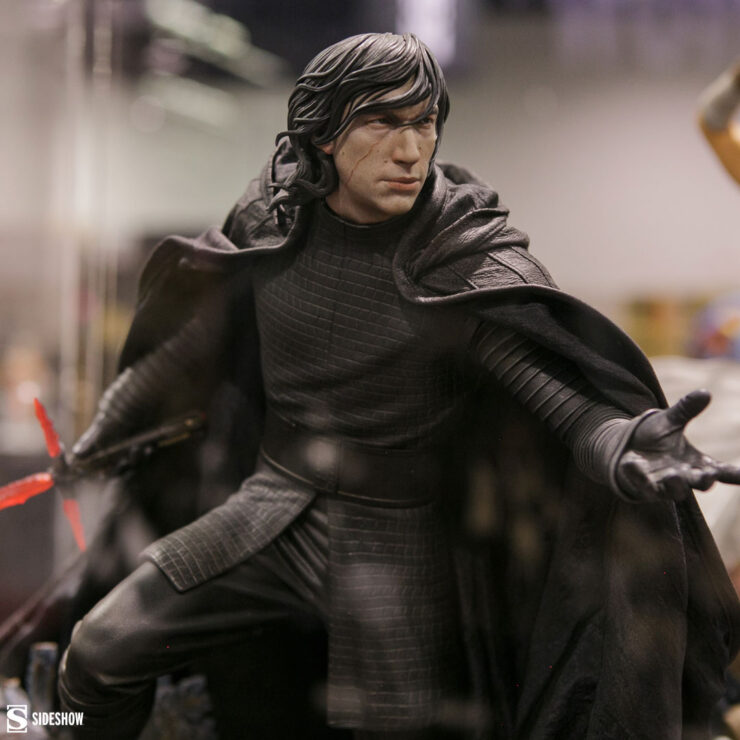 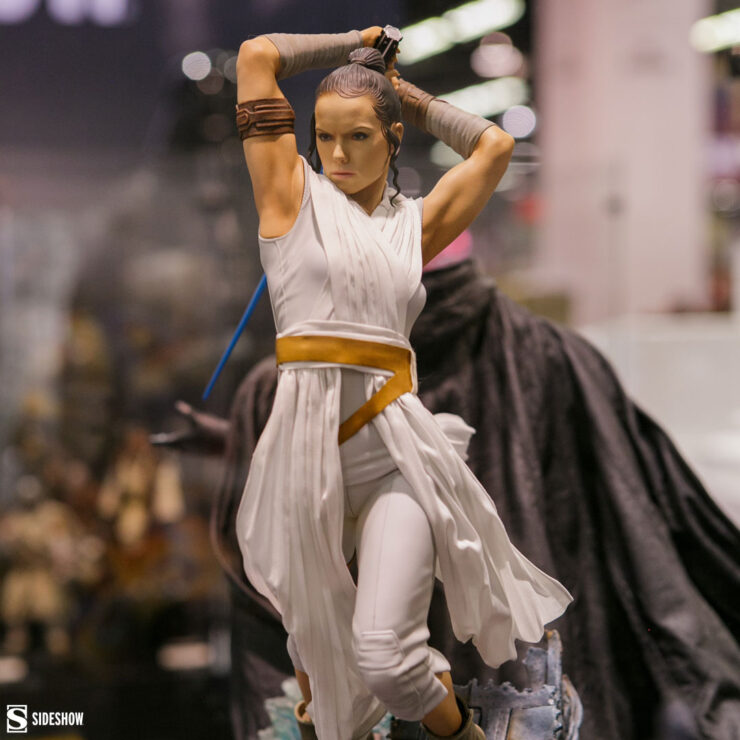 The Rey™ and Kylo Ren™ Premium Format™ Figures retold the story of an epic battle from Star Wars Episode IX: The Rise of Skywalker™. 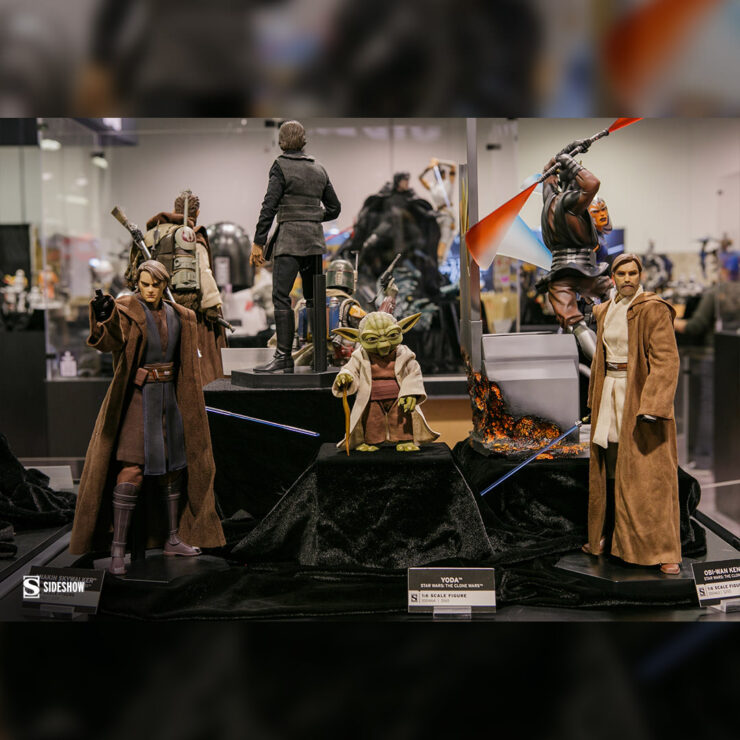 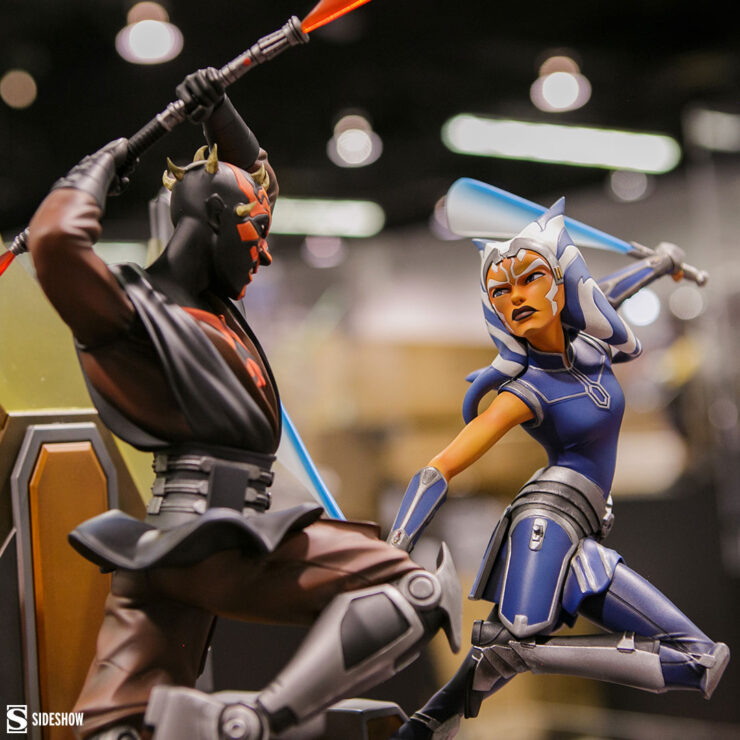 Evoking our nostalgia for The Clone Wars™ animated series, the Ahsoka Tano™ vs Darth Maul™ Diorama and the Anakin Skywalker™, Yoda™, and Obi-Wan Kenobi Sixth Scale Figures were a huge draw during the convention.

With the recent Star Wars Episode II: Attack of the Clones™ anniversary, it’s no wonder Hot Toys pulled out all the stops. Among the fantastic lineup of Star Wars sixth scale figures displayed at Sideshow’s Celebration booth, there were the Chrome Clone Trooper™ and the Battle Droid™ (Geonosis™) Sixth Scale Figures. 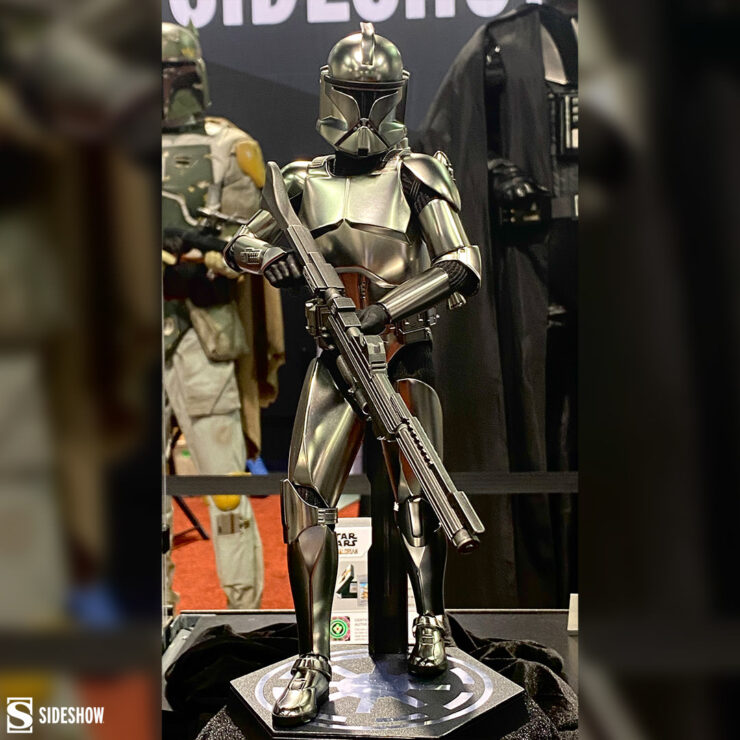 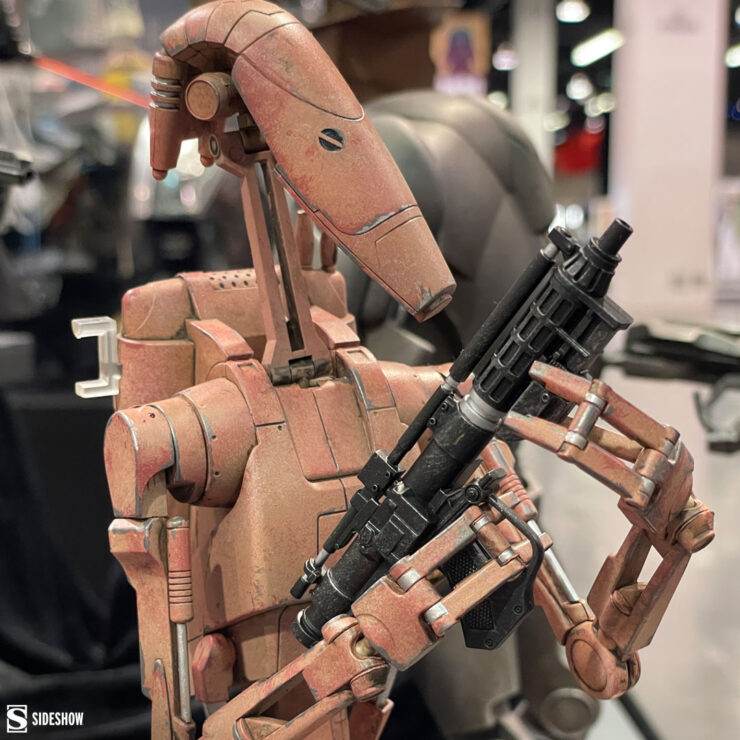 To those who prefer the dark side, Hot Toys came prepared. Feast your eyes on the Moff Gideon™ and Darth Vader Sixth Scale Figures. 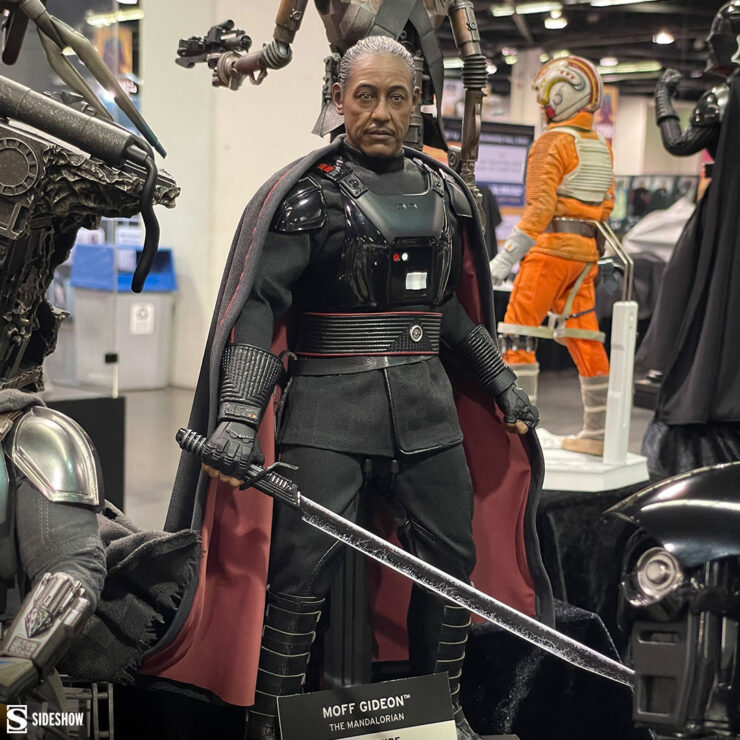 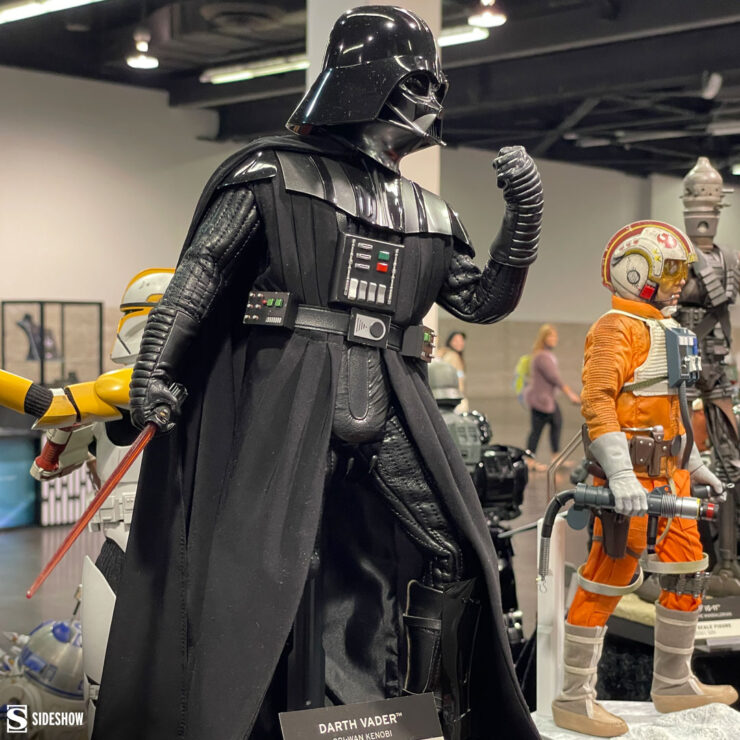 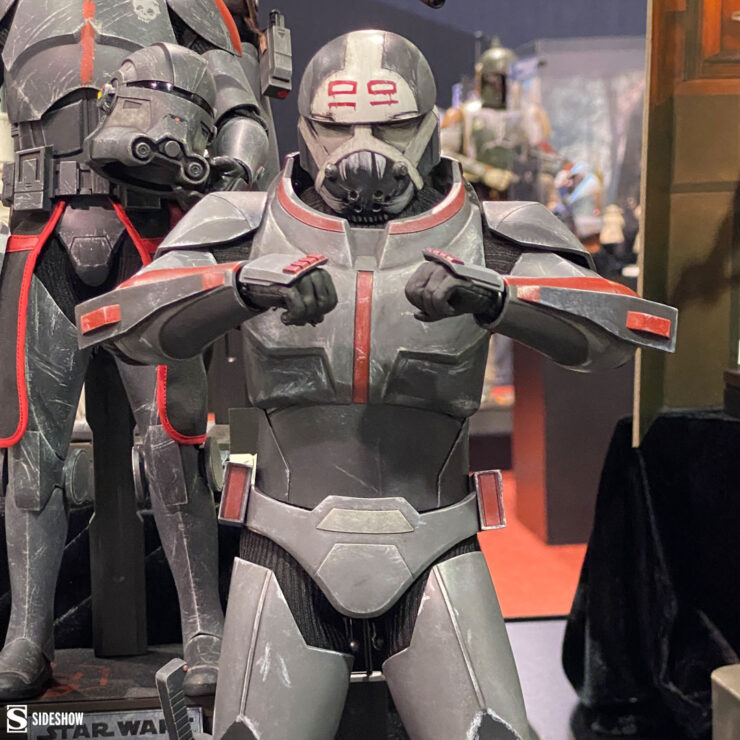 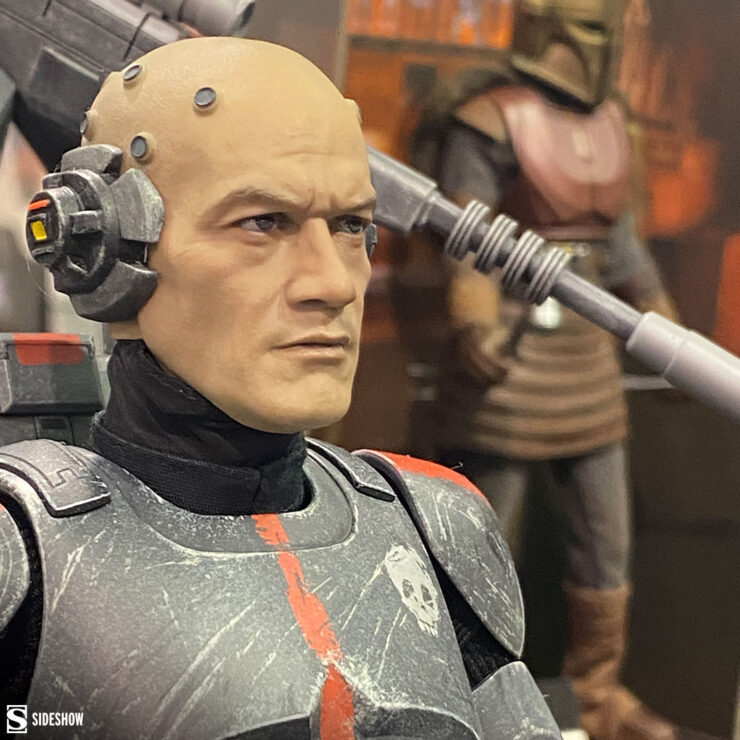 Many of Hot Toys’ newest reveals will be hitting our website soon! RSVP on our Coming Soon page to be the first to know when these figures become available for pre-order. 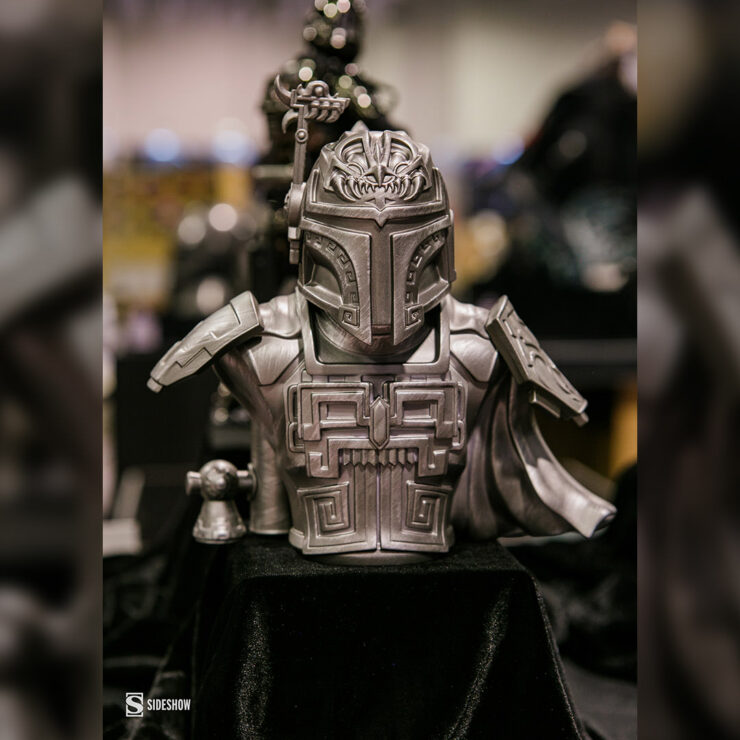 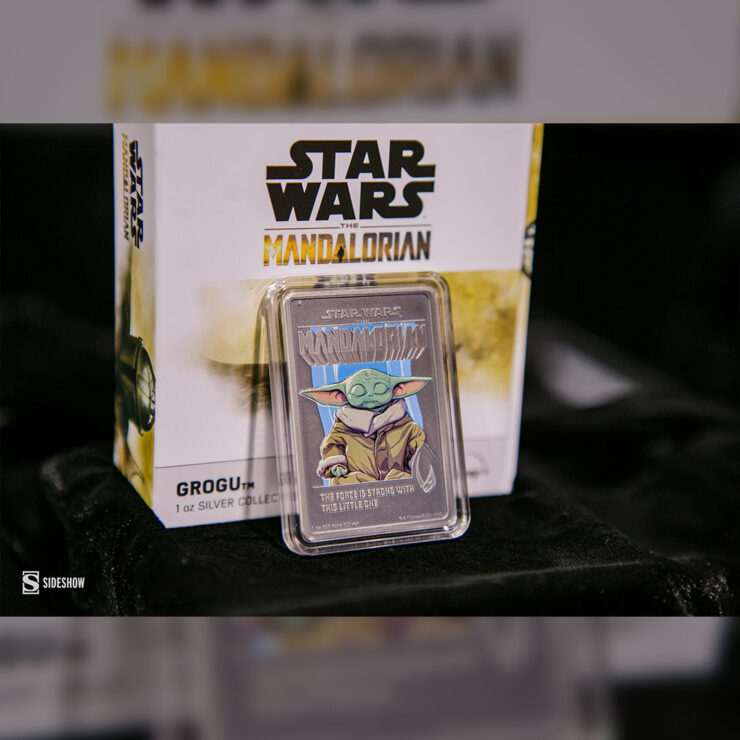 The Grogu Silver Coin shone brightly all weekend. Much to collectors’ satisfaction, this precious silver Star Wars collectible by New Zealand Mint features the likeness of the most endearing asset in the galaxy!

Iron Studios’ 1:10 scale statues were surely crowd pleasers! While we displayed Iron Studios pieces ranging from the prequels to the original trilogy, collectibles from The Mandalorian™ and The Book of Boba Fett™ got the most love. 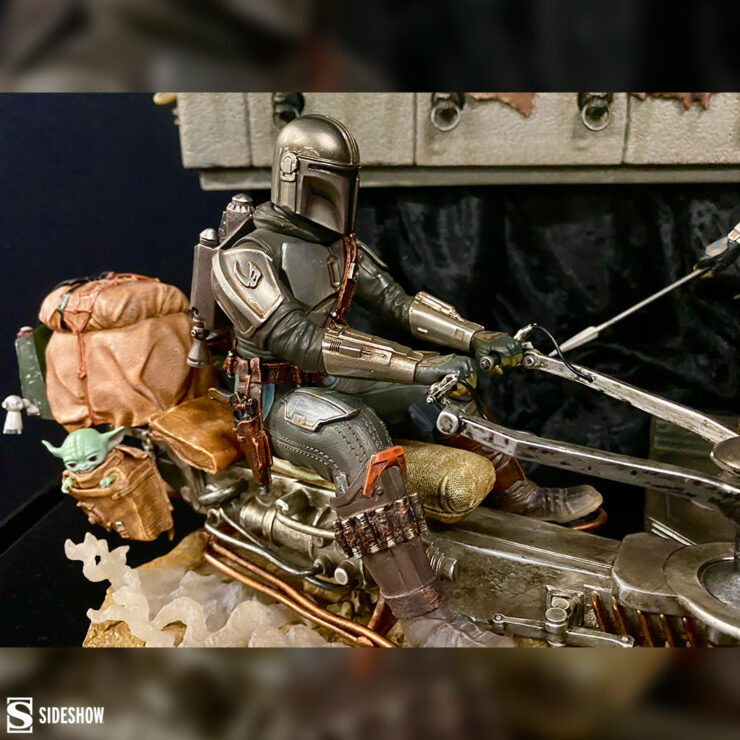 The Mandalorian on Speederbike Deluxe Statue by Iron Studios 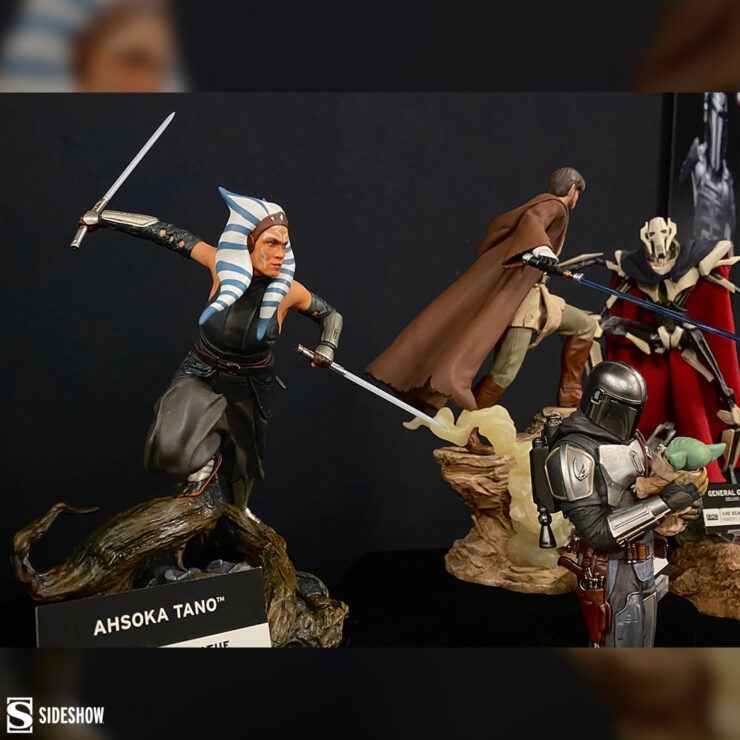 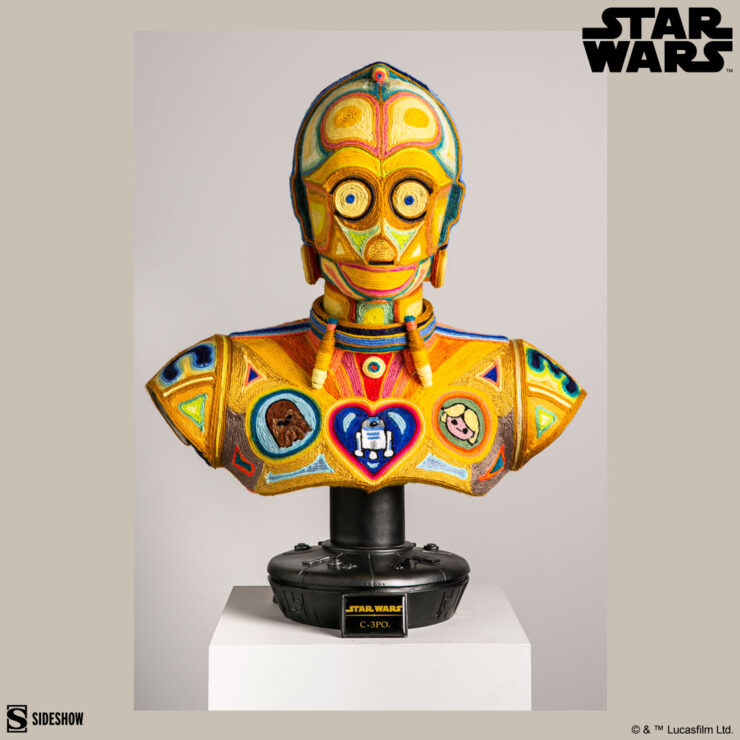 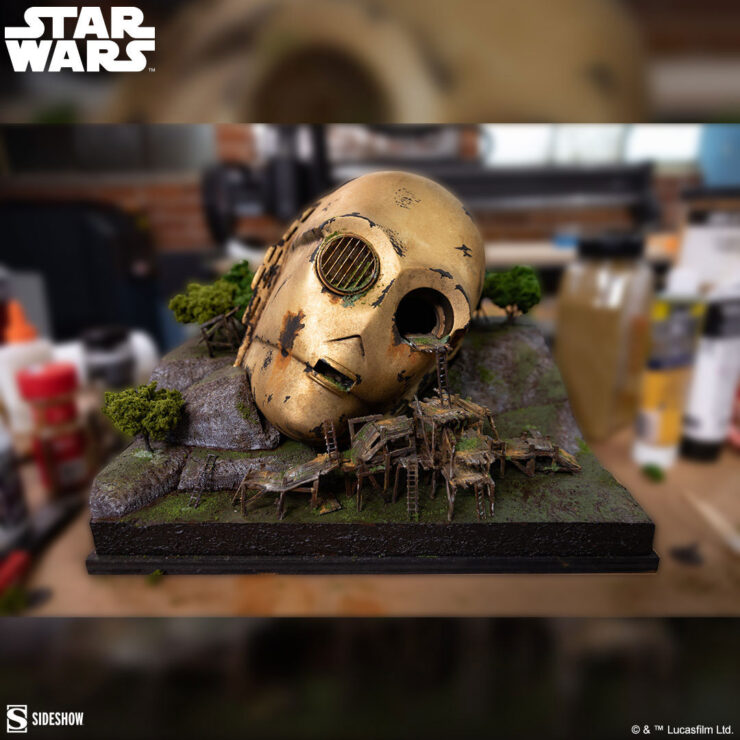 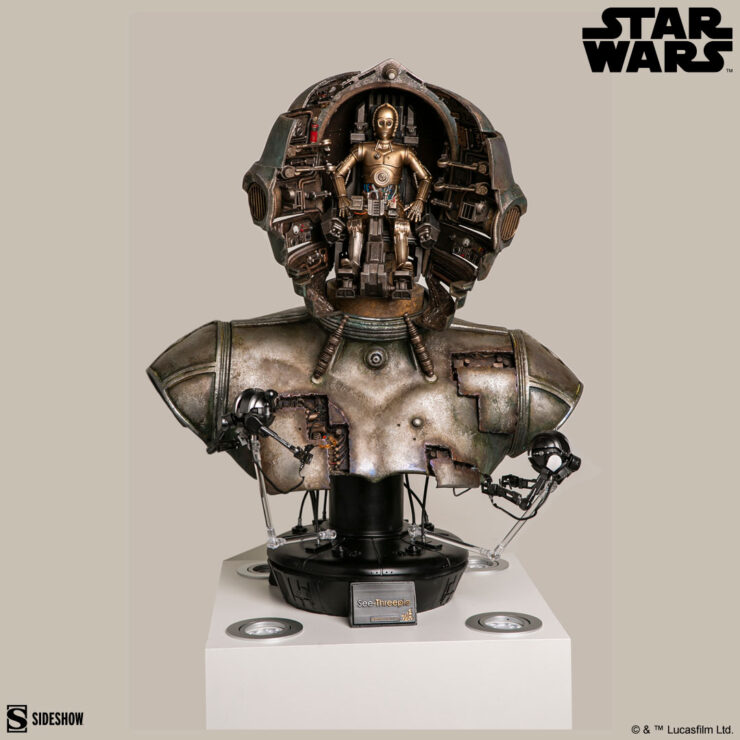 Sideshow brought a brand new exhibition of Star Wars-inspired art by a range of designers, artists, and creators from all over the world. The Human Cyborg Relations display showcased new and unique interpretations of the beloved protocol droid C-3PO™. Sideshow also made a donation to the nonprofit FIRST® in honor of each bust completed for the show.

Featured at Star Wars Celebration were three busts: The Common Thread by Ben Butcher, Protocol of the Wild by Norman Chan and Kayte Sabicer, and See-Threepio by Hot Toys.

Sideshow’s Star Wars Celebration 2022 YouTube playlist is packed to the Outer Rim™ with exciting coverage from the whole event.

Calling all pilots! We brought our virtual audience to the Life-Size TIE Fighter™ on the show floor. Check it out below.


Right outside the convention doors, meet some fellow Star Wars fans! Paul interviews Celebration attendees about their favorite characters, collector histories, and even a panelist.


Do you know the bantha™ boogie? The Jawa™ jive? Maybe even the sarlacc™ slide? If you’re looking for an intergalactic get down then check out our video coverage of the D23 Star Wars Galactic Disco Night!

Subscribe to our newsletter, follow us on social media, and hit all those notification bells to make sure you’re the most up to date on all the upcoming events and happenings at Sideshow.

Join Court Of The Dead…

You can visit the Star Wars Celebration 2022 Playlist on Sideshow’s official YouTube channel to catch up on even more convention content.

What was your favorite part of Sideshow at Star Wars Celebration 2022? Join the conversation at side.show/geekgroup, and don’t forget to Let Your Geek Sideshow!