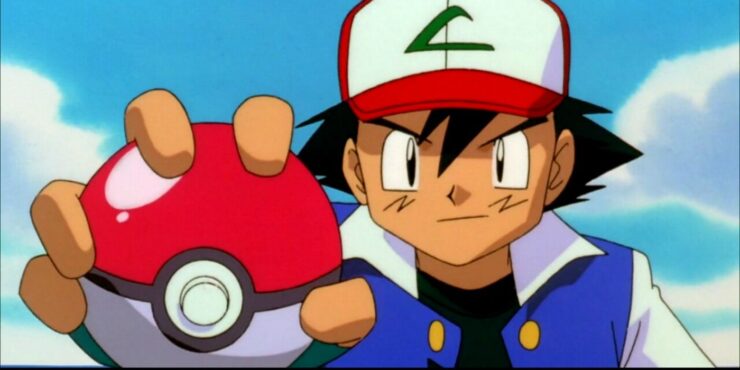 In the world of Pokémon, the name of the game is to catch ’em all, of course. But over the years and across the generations, there have been countless new amazing creatures discovered and added to the story, making the journey to become the best like no one ever was just a little bit harder than before.

To keep up with the Ultra Beasts, Legendary creatures, shinies, and hundreds of other Pokémon, the game has featured numerous upgrades to the classic red, black, and white Poké Ball design. Let’s take a look at the 10 best collectible Poké Balls from across all varieties of Pokémon-catching technology featured throughout the iconic franchise.

You thought this would be #1, didn’t you? Well, in a world where you’re trying to catch ’em all, the Master Ball won’t cut it. Sure, it can help you catch something incredibly rare, but you can only catch one creature with this purple projectile.

The Master Ball guarantees one uncontested catch, so you’d better use it wisely. There’s only ever one of these treasures to be found in a Pokémon game, and it actually isn’t necessary to complete your Pokédex — though it sure helps. In some of the games, it’s actually entirely possible to miss your chance to get the one and only Master Ball! 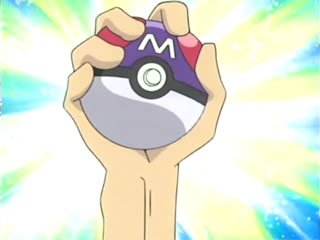 Still, it never hurts to have one guaranteed catch in your bag, in case you encounter a rare shiny Pokémon or a difficult Legendary. Just … don’t throw it at a Caterpie.

The Heavy Ball, as its name suggests, is more effective on larger Pokémon found in the wild. Many of the larger Pokémon are also notoriously difficult to catch due to their strength or rarity, so it’s always good to have a few of these on hand.

While it’s not a guaranteed catch, and there is only a limited number of Pokémon this gray ball is exceptionally effective against, there isn’t a limit to how many you can purchase from the Poké Mart. It’s also helpful against a lot of Legendaries, like Arceus, Kyogre, and Giratina due to their massive size. Or you can finally get Snorlax out of the road with the Heavy Ball.

There are so many types of Pokémon, and certain varieties of Poké Ball collectible items in the franchise are geared towards trainers looking to fill certain gaps in their Pokédex. If you’re in need of something to trap particular varieties of creatures, the Net Ball acts like, well, a net!

Throw this colorful capsule with a mesh-patterned dome at any creatures that you would typically use a net to snare — this ball is more effective against wild Bug and Water types. This is a perfect tool for helping to catch ’em all and recreate that bug or fish collecting sensation.

The Repeat Ball won’t necessarily help you out with Pokémon that aren’t in your ‘dex already, but it does help with other facets of gameplay, including trading, breeding, and shiny hunting! 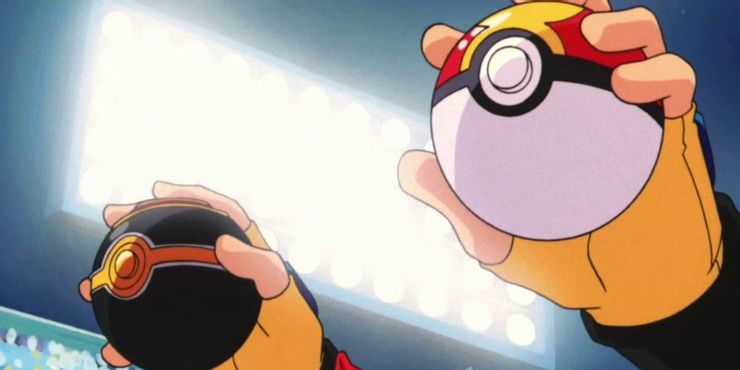 The Repeat Ball is more effective against specific Pokémon species that you already have registered as caught in the Pokédex database. Its helix-like pattern is bright and memorable, and it’s nice to have an edge over creatures you’ve caught already, so you don’t waste time and resources in your pursuit of the ultimate Pokémon team.

Sometimes more than the effectiveness of its special capture mechanics, a good Poké Ball design is a symbol of achievement to other trainers. Whatever Pokémon is contained inside of the sleek Premier Ball is likely to be respected and possibly even feared by your battle opponent, given that these aren’t as plentiful as many of their store-brand counterparts. 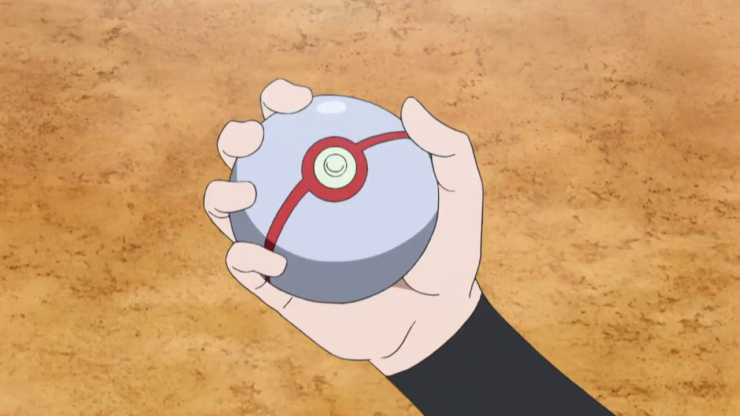 They cannot be bought outright, making them a little harder to obtain. Premier Balls are usually given out in smaller ratios to players who purchase a number of other Poké Balls from the shopping centers in the region. And while they don’t offer any benefits to the capture mechanic within the game, this minimalist white and red design is definitely a way to flaunt your earnings as you battle your way through the Pokémon League.

The Safari Ball is a special tool for catching Pokémon, and can only be found within the Safari Game. Players who enter the Safari Zone are given 30 Safari Balls to use, and the game ends when the player’s ball count reaches zero, or they exit early. Any unused balls will be returned. (In some games, you’re given a limited number of steps!) Why, then, are these considered to be among the best balls in the game?

Well, this is because the Safari Zone is home to rare wild Pokémon, many of which can only be obtained in the game boundaries. The most interesting part about this zone, though, is that players do not actually battle the Pokémon living inside — the Safari Ball must be thrown without fighting. Trainers can persuade the Pokémon with treats or other distractions, but it’s up to the Safari Ball to do all the work if you want to walk out with a new teammate.

Later generations changed the Safari Zone to function like normal routes through the region, but in the earliest days of Pokémon, this was one incredibly special place to fill your Pokédex.

The best of the “basic” Poké Ball types, the Ultra Ball is a sleek black and yellow item that improves on the Great Ball’s capture ratio. While it’s a little pricier, by the time it is unlocked in the game, players should have won plenty of battles and gym badges to be able to afford the upgrade.

Ultra Balls become readily available to players usually after earning 3-5 badges, or by finding them as random items out in the world. Many of the other 27 Poké Ball types have more specialized functions, but for the traditional trainer kit, this is the best ball for capturing any number of random Pokémon you will encounter on your journey.

The Heal Ball doesn’t offer any advantages in the capture process, but it’s what comes after a successful catch that makes it so helpful. If a Pokémon is caught by this pink and blue sphere, it will be fully healed with all of its HP and moves restored, and any status conditions will be cured.

Since Pokémon sent to box storage in battle are automatically healed, this is best for trainers on the go who have an open spot in their party — it’s difficult to have to run back out of a massive cave complex to heal your newly acquired teammate, especially if the battle was a long one. For active trainers who always keep a free space on their team, the Heal Ball is a must-have.

There are a LOT of Pokemon to catch these days, so it’s understandable you’d want to keep the process quick. Why not try the Quick Ball, then? For those with an itchy trigger finger, toss the Quick Ball at the start of your turn in battle for max effectiveness. This method can be used in any battle against any Pokémon (except, of course, those that already belong to another trainer).

If you don’t use it on your first turn, this blue and yellow sunburst-patterned ball has the same capture rate as a regular Poké Ball. But you never know what could happen if you act quickly in battle — it could be over before it begins! 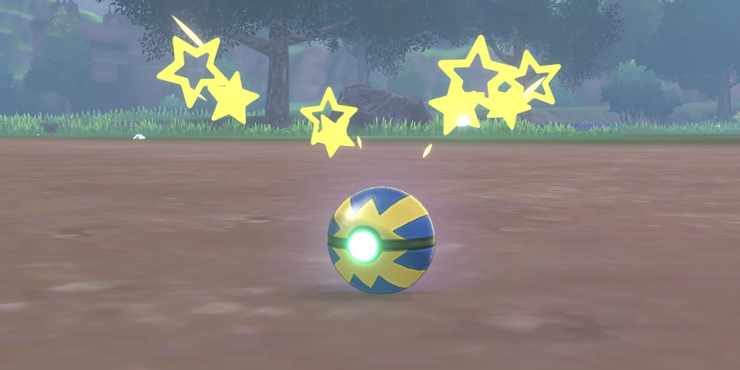 This is not to be confused with the Fast Ball, which is most useful against Pokémon that physically move quickly or try to flee battle more often than not (but this doesn’t include Abra’s teleport ability). When it was first introduced, however, the Fast Ball programming was glitched and could only help against Magnemite, Grimer, and Tangela.

On the flip side of the Quick Ball, sometimes patience can be rewarded — take the Timer Ball, for example. Effective for laborious battles against strong foes, the Timer Ball actually gets more effective the longer the battle goes on. This could make or break a slugged out battle, especially if most of your team has fainted against, say, a Legendary like Rayquaza or Groudon.

To get the most bang for this buck, trainers will want to be prepared for a long battle — bring plenty of potions, revives, and other items that can help you draw out the encounter. This flashy ball, with a red stripe down its dome, will finish the fight against higher-level beasts. This is a must-have item in the arsenal of any trainer who just … wants … the Pokemon … to … STOP WIGGLING! Nothing is as satisfying as that final click of a successful capture after a battle for the ages, helping your Pokémon collection grow.

What is your favorite variety of Poké Ball? Have you caught ’em all yet? Keep the conversation going over at side.show/geekgroup, and don’t forget to Let Your Geek Sideshow! 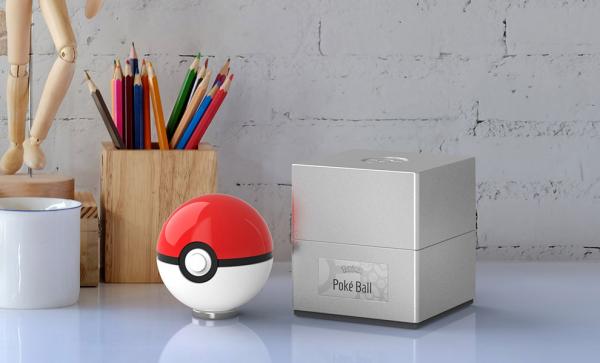 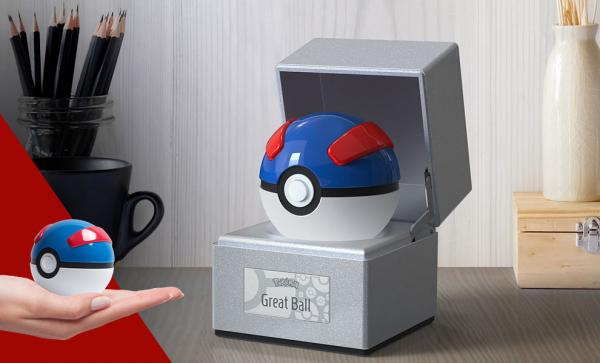 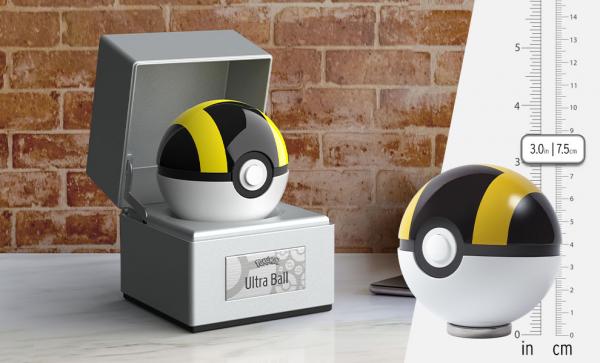 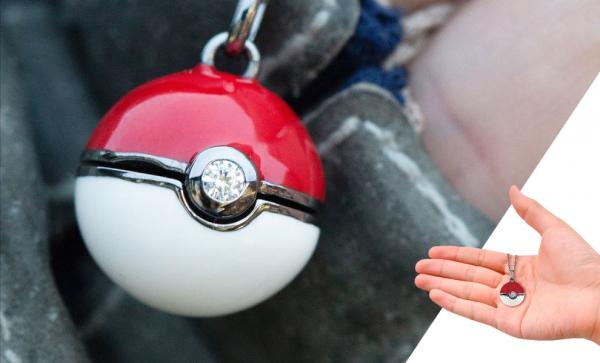