Legendary Pokémon are rare, powerful Pokémon that are closely related to local lore surrounding the creation or destruction of a certain region. There is only one of each in the world, as opposed to the plentiful Pikachus that populate the Pokémon manga, games, and anime. Legendaries also can’t evolve.

Often elusive, Legendary Pokémon are difficult to capture because of their physical strength, mental determination, and strong ties to the areas in which they are found. Many heroic Pokémon trainers even decide not to catch these Legendary monsters because of their innate independent wills.

But if you are going up against a Legendary, you better be prepared. You need to approach with respect, a full, healthy team, and, oh yeah, a lot of Poké Balls. You also need all the up-to-date information on who you might have a chance in catching. Below, let’s rank the top 10 strongest Legendary Pokémon — and you can decide for yourself what it might take to catch ’em all. 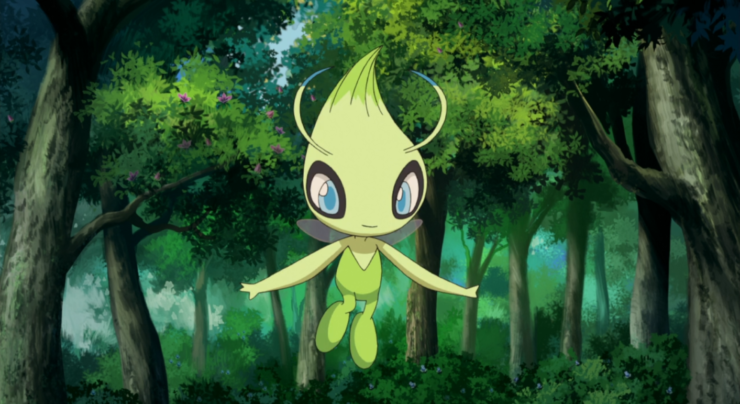 The Psychic/Grass-type Pokémon Celebi is both a mythic and legendary Pokémon, like Darkrai. Celebi appears in lush forests, and it is able to travel through time. Not only can it travel between the past, present, and future, but it can also take people and other Pokémon along. Celebi ranks on this list because it is the only Pokémon besides the literal time deity that possesses such abilities.

The peaceful, sprite-like creature from Generation II is also a strong fighter. It is one of the few type combination Pokémon that only has a maximum of seven weaknesses, as opposed to the typical eight. Celebi can also fly, heal wounds, and bolster plant growth by transferring its own energy. Celebi’s presence is indicative of a bright, hopeful future. 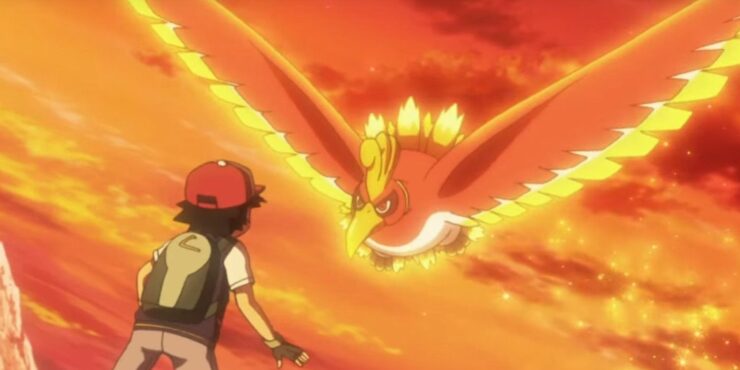 Ho-Oh is one of the two bird-like Tower Duo Legendaries, the other being Lugia. Ho-Oh is a Fire/Flying type who resides in Ecruteak City as the “guardian of the skies.” It requires a pure-hearted trainer. What makes Ho-Oh one of the most powerful Legendary Pokémon is that its powers are linked with the cycles of life, death, and reincarnation.

For example, Ho-Oh brought the Legendary Beasts Raikou, Entei, Suicune back to life after three unidentified, non-Legendary Pokémon died in a tragic tower accident. Ho-Oh is their trio master. Additionally, no other Pokémon has displayed this ability to revive and alter living or dead matter into a new form. 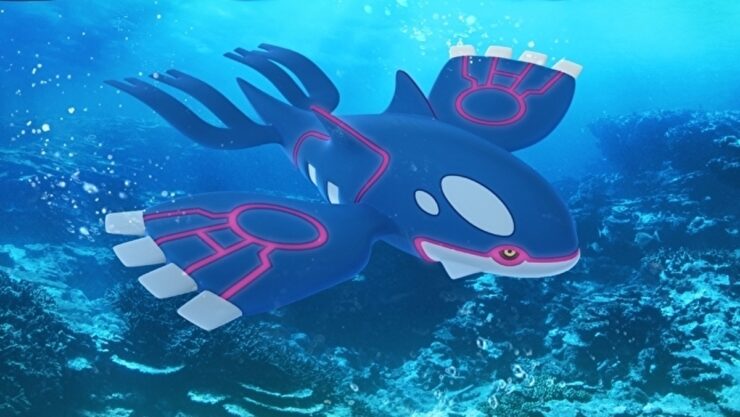 Kyogre is the first Legendary Pokémon from the Weather Trio that we will cover. This group of super-ancient Pokémon is from the Hoenn region and it’s believed that this whale-like Pokémon created the sea. And while Kyogre is a Legendary and not able to evolve in the traditional sense, it can undergo Primal Reversion in battle for a major power upgrade whenever it holds a Blue Orb.

This Water type Pokémon has the power to create massive rain clouds and cause torrential downpours. It made the sea by bringing tidal waves to dry land, and has saved people from droughts. It sleeps beneath the sea in a marine trench, and is often referred to as the embodiment of the sea itself. 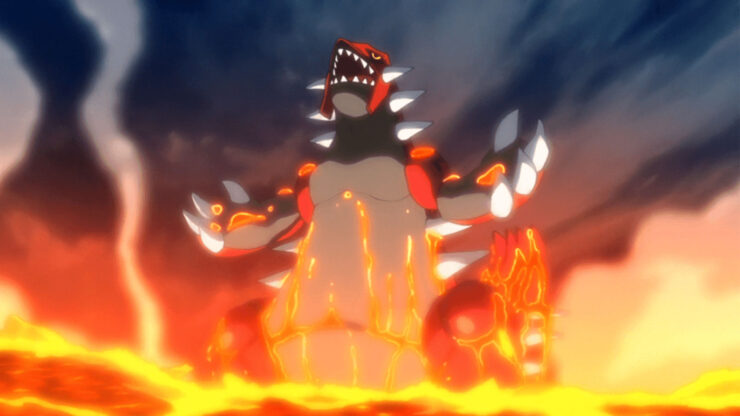 The Ground type Legendary Pokémon called Groudon is Kyogre’s rival and another member of the Weather Trio. It can use heat to repel rain, and causes volcanic eruptions so that the lava may expand continents. In Hoenn mythology, Groudon is credited with creating the land on which people now live.

Groudon is an immensely powerful Pokémon. It is the only known Pokémon capable of learning the battle move Precipice Blades. Like Kyogre, it cannot evolve, but can get an upgrade with a Red Orb. It sleeps in magma underground and whenever it awakes, earthquakes or volcanic eruptions occur. 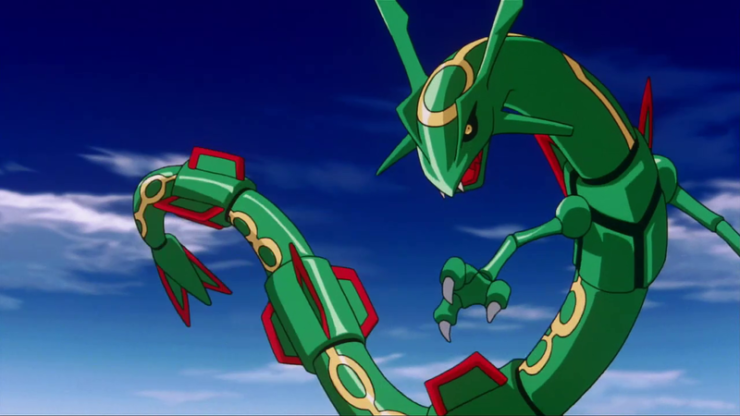 Rayquaza is the trio master of the Weather Legendaries. The Dragon/Flying type Pokémon resides in the atmosphere, and is the only being capable of calming Kyogre and Groudon when they battle. Like its trio companions, Rayquaza has an ingrained desire to protect people. Because it is naturally tasked with defending the earth from meteorites and other atmospheric threats, it can come across as extremely aggressive toward other powerful Pokémon.

Of course, Rayquaza does not evolve normally. However, it can Mega Evolve after learning the move Dragon Ascent. It defends its territory with sharp claws and teeth, controlled flight, and an imposing demeanor. 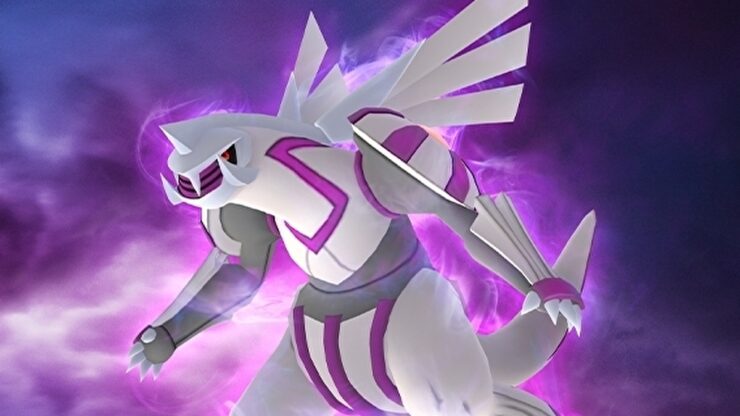 According to Sinnoh legend, when the universe began, Arceus created Pokémon to craft the universe — the Creation Trio. When the Water/Dragon type Palkia was born, space expanded. The physical and conceptual ideas of spaces are also connected to Palkia’s wellbeing. As such, if Palkia were to perish, it would cause the destruction of the universe as we know it. Palkia can also distort space as well as create new dimensions. This gives it the ability to live and travel in different dimensions. 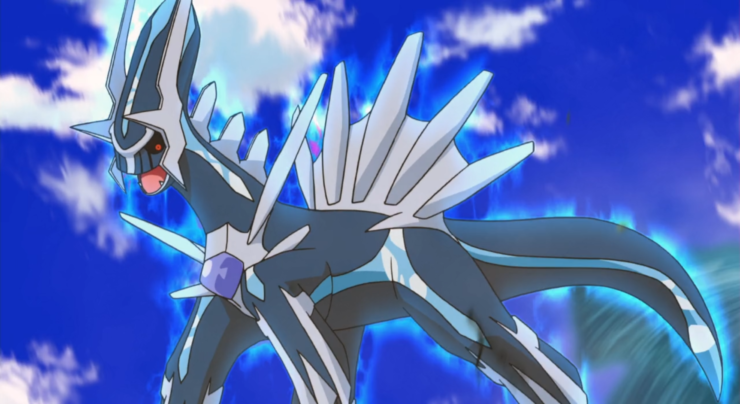 Dialga was born as the guardian and inception of time itself. Thus this Steel/Dragon type can control time, traveling at will through the past and future. Its special ability, Pressure, causes its opponent to use twice as many Power Points for every move made. Since PP measure the amount of times a move can be used, this ability is obviously related to Dialga’s mythology. Finally, the flow of time is also directly related to the beating of Dialga’s heart. 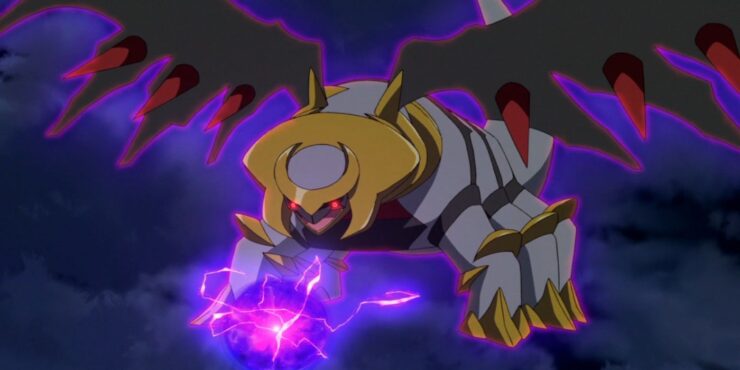 Giratina was created by Arceus to control antimatter. The final member of the Creation Trio, Giratina is a Ghost/Dragon type Pokémon with stunning capabilities. It can control who enters the Distortion World — a world that exists on the reverse side of ours. Giratina was initially banished here for its temper, uncontrollable violence, and penchant for destruction. In the Distortion World, Giratina is supposed to look upon the old world as it learns to control its rage. 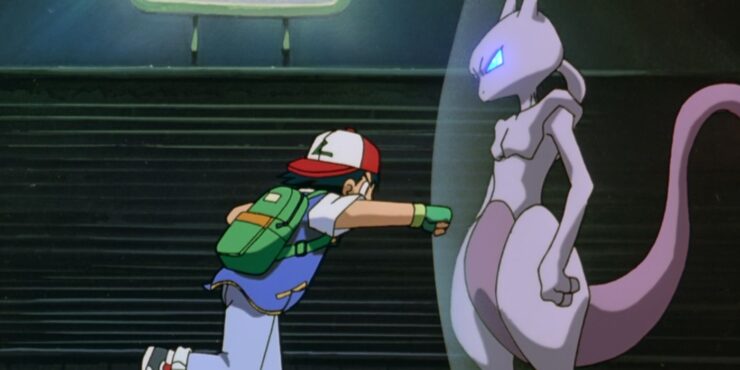 The Psychic type Pokémon Mewtwo is a man-made, genetically enhanced version of the Mythical Pokémon Mew. Mewtwo is one of the most formidable Pokémon ever to exist. It is able to use the powers typical of its type, as well as telekinesis and telepathy. And it makes impressive use of these abilities. The telekinesis allows it to fly and the telepathy helps it translate the Pokémon language and communicate with people.

Mewtwo is so emotionally complex that it is often likened to a human. This prideful Pokémon is very aware of its immense power levels, causing it to act domineering. It will use its abilities to impress and even intimidate. Canonical events confirm that Mewtwo can endure extreme physical duress, teleport great distances, and learn and adapt during battle without the help of a Trainer or Pokémon Master. 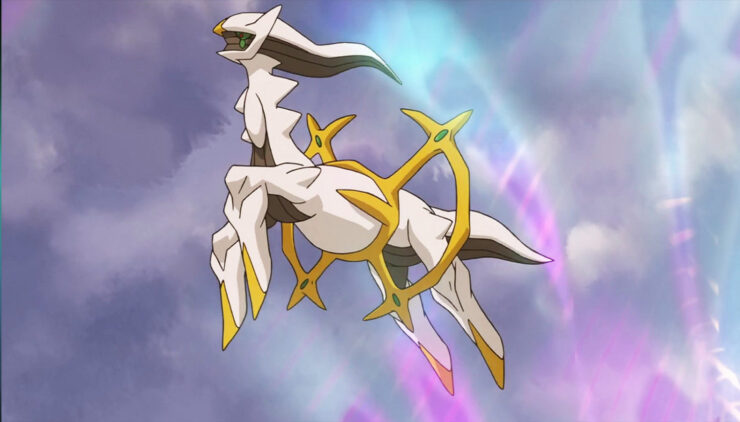 Arceus is, without a doubt, the most powerful Legendary Pokémon. This Normal type Mythical Pokémon is the creator of the universe and thus the closest that the Pokémon world has to a god. When it hatched from its egg, Arceus brought with it time, space, and antimatter in the form of the Creation Trio. Later it created the Lake Guardians Uxie, Mesprit, and Azelf. These three are respectively the embodiment and bringers of knowledge, emotion, and willpower.

Arceus has the exclusive ability Multitype, which allows it to change its type depending on the plate or type-specific Z-Crystal it holds. It can speak using telepathy, and is easily able to control other Legendaries. As both an opponent and ally, Arceus is unmatched.

With the upcoming Pokémon Scarlet and Pokémon Violet games, to be released November 18, 2022, even more Legendary Pokémon will be introduced to the world: Koraidon and Miraidon.

Who do you think is the most powerful Legendary Pokémon? Let us know in the comments, and don’t forget to Let Your Geek Sideshow!