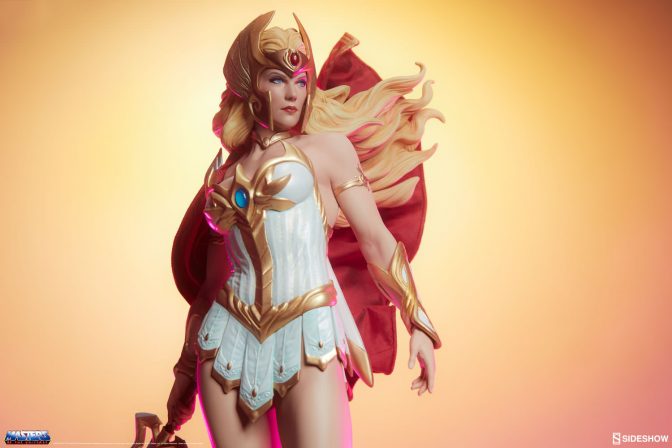 Now that She-Ra has been revealed to be the newest addition in Sideshow’s Masters of the Universe line, it’s time to brush up on your Princess of Power knowledge. To help out, we are releasing a brand-new companion fine art print (by the talented Dave Wilkins) with many of She-Ra’s classic characters represented. 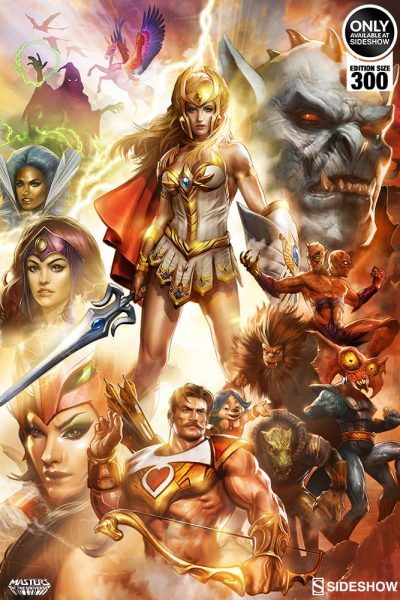 Can you name all of them? If not, here is a handy guide! 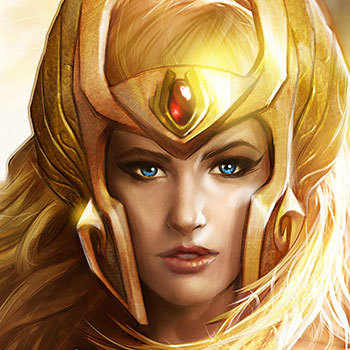 Twin sister to Prince Adam of Eternia (AKA: He-Man), Princess Adora was kidnapped as a baby by The Evil Horde. Brought to the Planet Etheria and raised as a soldier, Adora was not aware she was being brain-washed to do horrible things in the name of her kidnappers. After meeting her brother for the first time, and being gifted the Sword of Protection, Adora was able to break free of her mind-control by saying the words, “For the honor of Grayskull!” This transformed her into She-Ra: The Princess of Power and Defender of all Etheria.

Now free of the Horde, Adora has joined The Great Rebellion and fights to free Etheria from the grasp of the Horde empire. 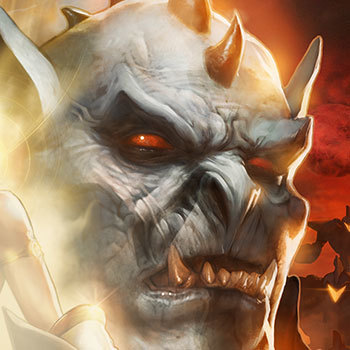 She-Ra’s primary antagonist, leader of The Evil Horde, and one of the most powerful villains in any universe. Some may even call him the ultimate villain for the entirety of the Masters of the Universe continuity. Hordak was the one who stole Princess Adora as a baby, enslaved the entire planet of Etheria, and now rules it with an iron fist from his palace, The Fright Zone. He is an almighty sorcerer who also uses science and technology to amplify his powers. So just how powerful is he? Well, he trained and mentored another one of the great MOTU villains. You may have heard of him. His name is Skeletor. 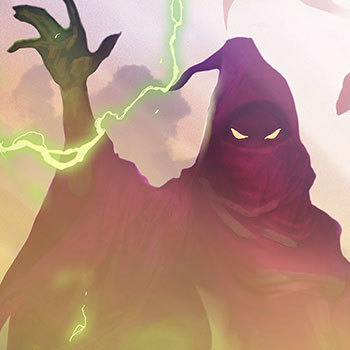 Sometimes considered to be Hordak’s second-in-command, Shadow Weaver is a powerful witch who works to further the Horde’s dark agenda. It was she who brain-washed the baby Adora, and taught her to serve the Horde before all else. A master of shadow magic, Shadow Weaver has all she needs to fight the Great Rebellion right at her green fingertips. After Adora broke free of her mind-control and joined the fight against the Horde, her previous position as Horde Force Captain was filled by Catra. With a magical mask that lets her turn into a super strong panther, Catra is a consistent thorn in the side of She-Ra and the Great Rebellion. 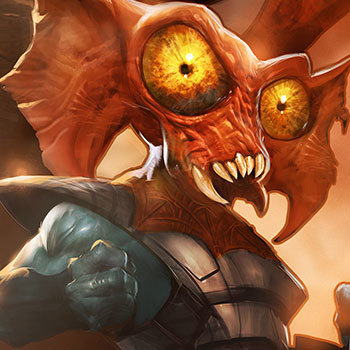 Many remember Mantenna as Hordak’s long-suffering lackey, who constantly falls through a convenient trap door in the Fright Zone’s throne room. Running gags aside, Mantenna is a capable minion. His extendable eyes enable him to see great distances, as well as fire an assortment of attacks including stun beams and freeze rays. 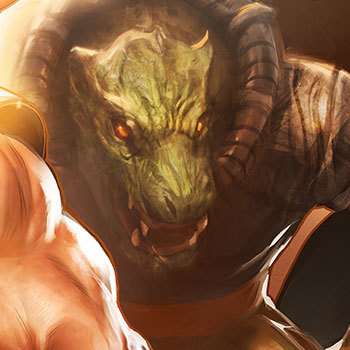 One of Hordak’s strongest enforcers in the Evil Horde, Leech is a terrifying beast able to drain the life force out of anyone he touches. This ability renders his foes powerless to fight back, and combined with his sheer size and strength, makes him a force to be reckoned with. Hordak’s Sasquatch-like henchman, Grizzlor is savage monster who uses his brute strength, sharp claws, and razor teeth to destroy the enemies of the Horde. However, as strong as he is, he is little more than a mindless beast and lacks the cunning that would make him a viable threat to the rebellion. 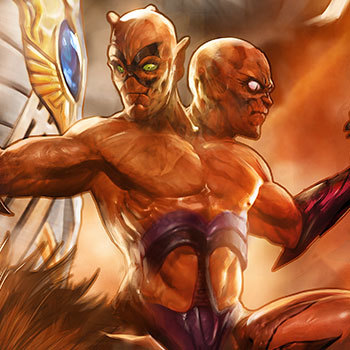 A brilliant, yet evil scientist, Modulok is also known as “The Beast with 1000 Bodies,” due to his original action figure including 22 removable/interchangeable body parts. He is also one of the few villains who has worked with both Hordak and Skeletor on separate occasions. Soldiers in the Horde army. What these mechanical men are missing in intelligence, they make up for with force and sheer numbers. Just as He-man has Battle Cat, She-Ra has Swift Wind. When Adora holds aloft her magic sword and becomes She-Ra, her faithful steed, Spirit, turns into a beautiful winged unicorn. In this form, he gains the ability to fly and has enhanced strength, as well as a telepathic ability that allows him to communicate with She-Ra and other animals. The rightful princess of Etheria, Glimmer is the founder of the Great Rebellion and was its first leader against the forces of Hordak. Once Adora was able to break free from her brain-washing and join rebellion herself, Glimmer abdicated her position so that Adora could be the new rebellion leader. Not just a mere politician, Glimmer is also an amazing fighter, able to control light into blinding beams of energy. 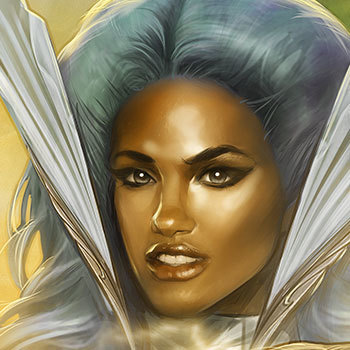 As her name implies, Netossa is an expert at using nets in combat. Her aim in impeccable and she excels in capturing her foes. She even hides one of her nets in her cape and uses it to surprise unsuspecting Horde soldiers who think they have the drop on her. They couldn’t be more wrong, and Netossa is more than happy to show them just how wrong they are. Bow is one of the primary soldiers and leaders of the Great Rebellion. An expert marksman and archer, Bow also has a large assortment of trick arrows he uses in battle. When not fighting Horde robots, Bow is an accomplished musician and magician, and uses these talents to help lift the spirits of his fellow rebels in times of need. 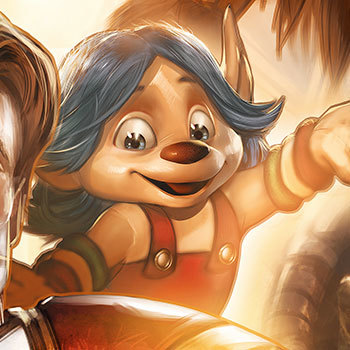 At the end of every episode of the classic She-Ra cartoon, Loo-Kee would show up and ask if you managed to spot him during the course of the episode. Turns out he was following the heroes (or villains) on their adventures, and hiding just out of sight behind a tree or rock in the corner of your television screen. Sometimes he was easier to spot than others, but you could call him one of the original afternoon cartoon Easter eggs!

All caught up? Good! Who are your favorite She-Ra characters? Let us know in the comments below!

The She-Ra: Princess of Power Premium Art Print is available to Pre-Order now.

You can order other She-Ra and the Masters of the Universe collectibles right HERE.

Rare Sideshow Collectibles up for Auction to Honor the Great Stan Lee!