With Thor: Love and Thunder now in theaters, there is certainly a sizzling electric energy coming from the Asgardian corner of the Marvel Cinematic Universe. And much of that buzz is about the ownership of the thunder god’s beloved weapon, Mjolnir.

At one point in time, Thor was the only person deemed worthy of using Mjolnir, a powerful weapon that was charmed so only he could wield it. Of course, in Thor: Ragnarok we saw Hela, the Goddess of Death, get her hands on the hammer and reduce it to rubble. More recently, Jane Foster has reappeared as The Mighty Thor, a new hero on the screen who is also worthy of the hammer.

In the comics, however, there are about as many Mjolnirs as there are worthy wielders — which is surprisingly a lot! Each and every version Mjolnir in the Multiverse somehow reflects its wielder, imbuing them with incredible abilities and thunderous power. Let’s take a look at six different styles of the legendary weapon of Thor within the Marvel universe.

Mjolnir in the MCU 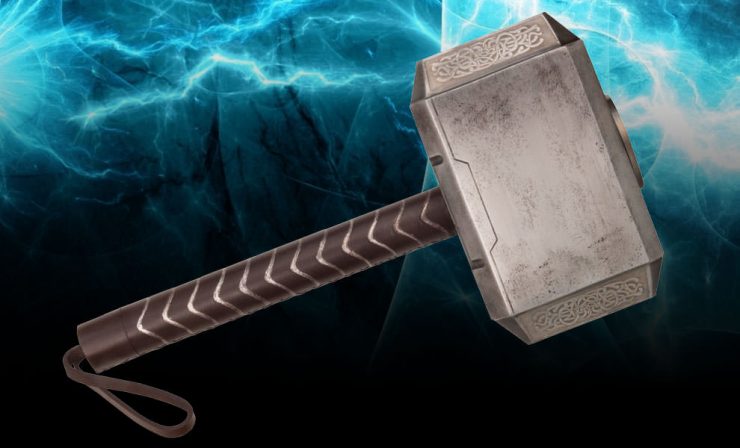 Mjolnir, meaning “that which smashes,” is the most constant and iconic weapon of Thor in the MCU. The cinematic Mjolnir was forged in the heart of a dying star, and is incredibly tied to its worthiness enchantments. It grants its owner powers of flight, elemental control over storms, great strength, and energy projection.

Thor was unworthy of it for a brief time, but he regained his use of the hammer after preparing to sacrifice his own life to save the town of Puente Antiguo. The only characters, aside from Jane Foster, who have been able to wield Mjolnir are the synthezoid Vision during Avengers: Age of Ultron and Steve Rogers during Avengers: Endgame. Despite being forged of Uru, it apparently cannot destroy Vibranium. 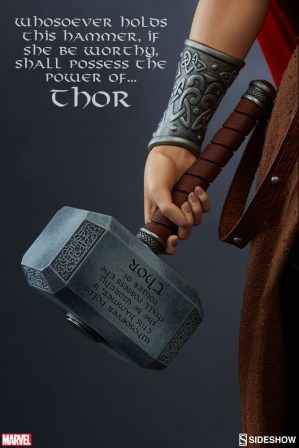 It began with a man and a walking stick… The classic Mjolnir of the comics is an incredibly mysterious weapon. Inscribed with the famous enchantment, “Whosoever holds this hammer, if he be worthy, shall possess the power of Thor,” this hammer has been both a weapon of destruction and a tool of creation. Forged from Uru, a mystical metal, the hammer derives its most potent magic from the wild spirit of a sentient superstorm, the Mother of Storms.

In recent years, the inscription on the hammer has changed to reflect its wielder, Jane Foster as Thor, and her immense worthiness. Under Jane’s ownership, Mjolnir revealed it has the power to become a corporeal being while separated from Thor. This was the first time this power was ever seen in the comics, and Mjolnir claims it can only perform that feat after centuries of storing energy. 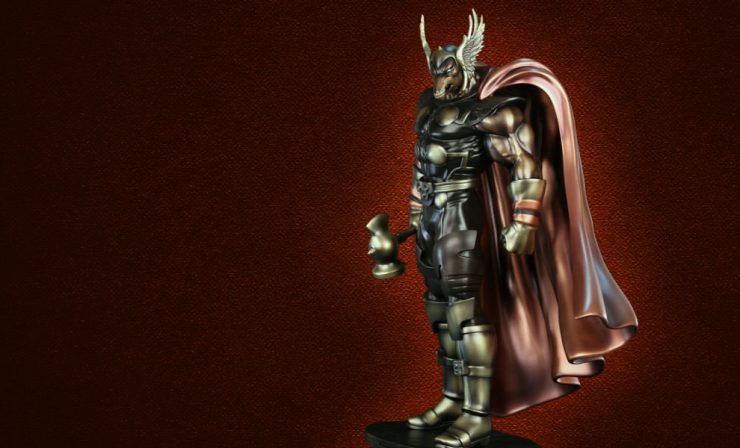 Stormbreaker was a hammer specially created for Korbinite warrior Beta Ray Bill after he rightfully bested Thor Odinson in battle. He felt he had no right to claim Mjolnir, and so Odin commissioned the dwarves of Nidavellir to create the golden hammer Stormbreaker. By striking it down, Beta Ray Bill is able to revert to his completely Korbinite form rather than his heroic guise. In the MCU, the hammer constructed during Avengers: Infinity War is also called Stormbreaker.

Stormbreaker is also not the last hammer Odin created for worthy heroes — the hammers given to Eric Masterson and Roger Norvell were also created in a similar fashion. There have even been occasions — such as in the fight against the invading Skrull army — when Beta Ray Bill has lent this hammer to Thor, finding him to be a brother in arms. 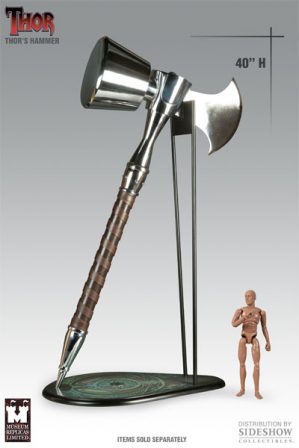 The Ultimate Mjolnir from Earth-1616 is one of the most visually distinct of the hammers — half of it is a rounded hammer head while the other half is a sharpened axe blade. Most notably, it is not bound by a worthiness enchantment, and in addition to its typical slate of powers, this hammer has the ability to teleport beings and objects through space.

After the Incursion which destroyed the Ultimate Universe, this version of Mjolnir remained in the ruins of Old Asgard in the main Marvel universe, waiting to be found by the Unworthy Odinson, the Collector, and eventually Volstagg. The Ultimate Mjolnir was imbued not only with Thor’s thunderous powers, but was also weighted by the death of the entire Ultimate Universe, leading its wielder to become the crazed and vengeful War Thor. 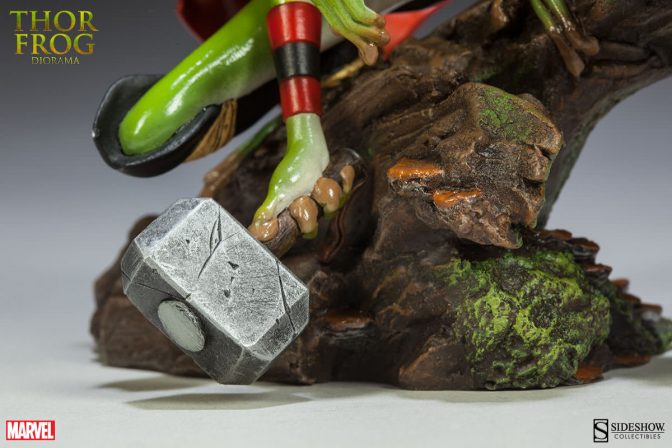 When Simon Walterson was cursed to become a frog, he didn’t imagine he would become something more — he never dreamed he would become Throg, the Frog of Thunder! As Puddlegulp the frog, Walterson encountered a transmogrified Thor (also in the form of a frog), having been cursed by Loki.

Walterson witnessed the hero’s restoration to his full Asgardian glory, and was present when Thor’s goat Toothgnasher chipped off a small sliver of Mjolnir with its hoof. As Thor departed, Puddlegulp lifted the Uru sliver and transformed into Throg, the Frog of Thunder. The small shard of the hammer morphed into a miniature Mjolnir, becoming Throg’s mighty weapon Frogjolnir.

If he be … unworthy? Seen in an issue of The Avengers where our heroes were taken to an alternate version of Earth, this corrupted version of Mjolnir bestows the power of “Thorr” to only the unworthy. Its powers were equal to the classic Mjolnir’s, although opposite and evil. Thorr from Earth-14325 fought with the Tyrant Avengers using this hammer, but the team was defeated by the Earth-616 heroes.

These are just a few of the mighty Mjolnirs that have appeared in the vast Thor legacy from Marvel, both on screen and on the page. The hammer also changes with each new artist who tackles the visual world of Asgard, but in the end they all embody the sheer strength of the storm that Thor is known for.

If you were one of the worthy, what would your Mjolnir look like? Are you ready to Ragnarok and roll? Check out these thunderous Thor collectibles to welcome the Ten Realms into your display and, as always, don’t forget to Let Your Geek Sideshow!