Thor: Love and Thunder strikes theaters on July 8, 2022. Taika Waititi’s new Marvel movie is bringing back familiar faces — plus a few nefarious newcomers. Coming from the comics is Gorr the God Butcher. This sinister villain is a famous longtime enemy of Thor. But he’s out for the blood of more than just Asgard’s golden prince.

So, who is Gorr? And what earned him the terrifying moniker “God Butcher”? Explore this Marvel villain’s history below.

A Planet With No Name 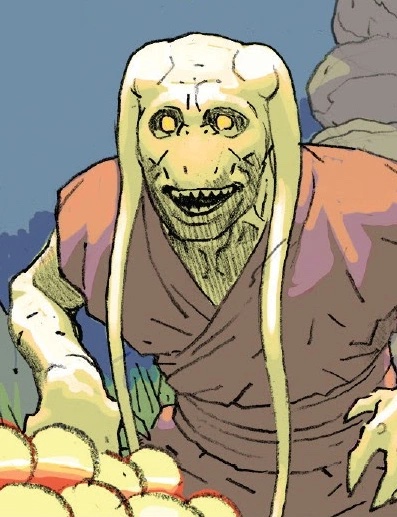 Gorr was born on a barren planet known for harsh weather and inhospitable conditions. Covered in toxic volcanos and wastelands, it was an unforgiving place. Yet it was also home to a variety of species. One of these species was Gorr’s tribe, a sentient humanoid group that roamed the canyons and prayed to the sky gods.

The reason for their nomadic lifestyle was simple: They were starving. No matter where they looked, food was scarce. Plus, the environment was too dangerous to ever settle down in a single place. It was a horrible life for a child. Gorr lived in misery, especially once he was orphaned and left to fend for himself on a cruel world.

As an adult, Gorr found a mate named Arra. However, she died in an earthquake along with their unborn child. Tragically, Gorr’s other children perished until he only had one left, a son called Agar. Gorr watched Agar starve to death, promising the young boy that soon they would reach a forest and never be hungry again. A fleeting hope to help ease the boy’s suffering.

Soon Agar died. Heartbroken and grief-stricken, Gorr declared that gods don’t exist. Because of this, his deeply religious tribe grew wary of him. Gorr’s community eventually ostracized him for his heretical viewpoints. Thus with his family dead and no support system left, Gorr wandered into the desert and prayed for his own death.

In the desert, Gorr witnessed two gods — one unnamed and one named Knull — crash land onto the planet. As they fought, the one empowered by the Enigma Force begged Gorr for help. Gorr was overcome with anger because these beings can wage pointless war, but they cannot answer a starving child’s prayer.

Gorr therefore took the dark god Knull’s sword, which bonded with Gorr’s rage. Knull’s sword transformed itself into a mass of living darkness. Then it essentially became part of Gorr’s body. It is important to note here that Knull is the creator of symbiotes such as Venom and Carnage, which means his creations and weapons all have a deadly history. 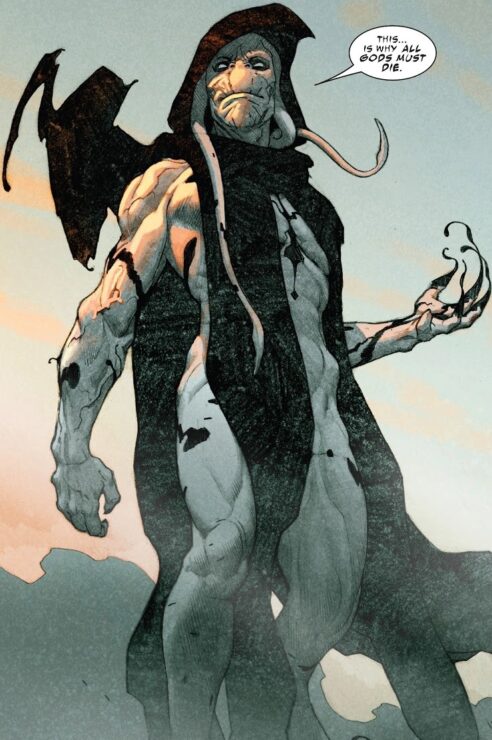 Wielding All-Black the Necrosword, Gorr fully embraced a new persona. He became The God Butcher, vowing to eliminate all gods because of their negligence. For years he traveled the cosmos on a crusade to purge all societies of their uncaring deities. He did so without prejudice, slaying everything from gods of war to gods of poetry. 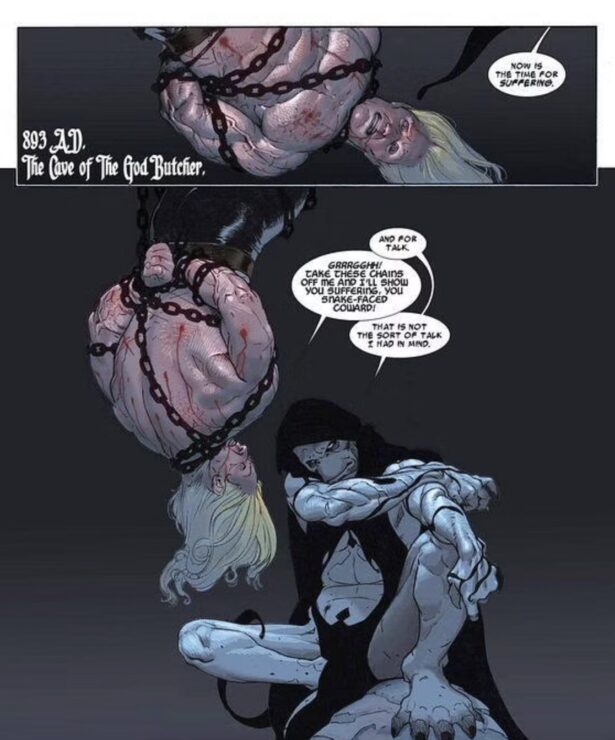 Obviously the God of Thunder was on Gorr’s list. But Gorr did not pursue Thor. Instead, Thor ran into Gorr after Gorr killed a group of Slavic gods. Gorr almost managed to deal a fatal blow upon Thor before Thor conjured a lightning strike and escaped.

Thor could barely catch his breath, though, before Gorr found him again. He strung the prince up inside a cave and tortured him for information about Asgard — its location, how to get there, and which gods reside there. Thor never broke. Instead, he recovered enough to break free and chop off Gorr’s arm. Believing Gorr to be dead, Thor left. But Gorr survived, biding his time and building an army of dark minions.

Centuries later, in an act of pure hypocrisy, Gorr uses the Time Gods’ blood to travel back to the beginning of the universe. There he slayed an infant elder god. When he returned to his future, he claimed a desolate planet as his own and enslaved many gods.

No longer simply butchering them, he forced them to perform manual labor and to build a device — the Godbomb — that would eliminate all gods across the Timestream. Mad with power but still a victim of grief, Gorr also created constructs of his wife and son from the symbitote substance of his sword, All-Black. But he kills this false Arra when she calls him a god. 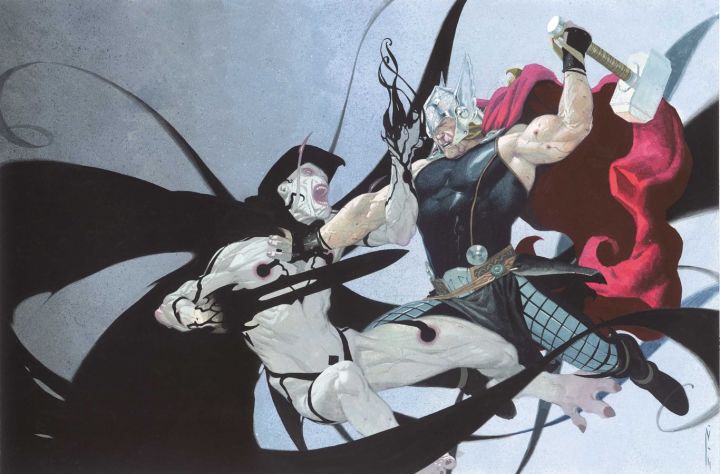 It took three versions of Thor to defeat Gorr. Young Thor, Avenger Thor, and King Thor allied with the Symbiotic Agar against Gorr and his Black Berserkers. Powered by Agar’s prayers, Avenger Thor absorbed the Necrosword and the Godbomb’s fatal blast. He fought Gorr, and Young Thor dealt the final blow. This battle left Thor emotionally devastated, however, causing him to feel unworthy and unable to lift Mjolnir.

Far in the future, King Loki resurrects Gorr for his own nefarious plans. Like many of the Trickster God’s plans, though, this goes horribly wrong. The Goddesses of Thunder intervene. They help Thor wield Mjolnir once more. He unleashes a God Tempest from within his mystical hammer which destroys the All-Black symbiote. Gorr is left frail, mortal, and mad. Thus the Sky Lords of Indigarr take him away to find some semblance of peace in his last few days.

Are you excited to see Gorr the God Butcher in Thor: Love and Thunder this July? Connect with other Marvel fans in our Let Your Spoiler Sideshow: MCU Phase Four Facebook Group, and don’t forget to Let Your Geek Sideshow! 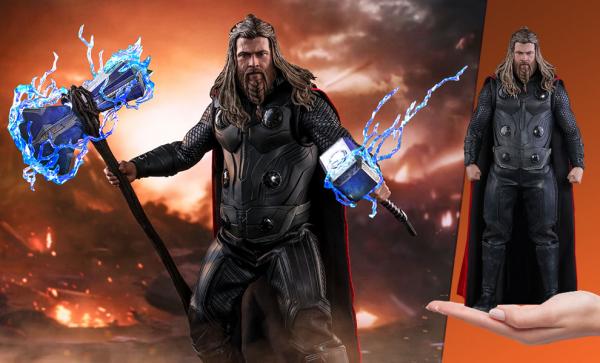 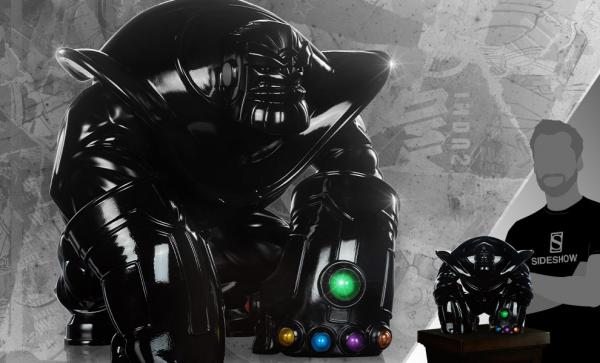 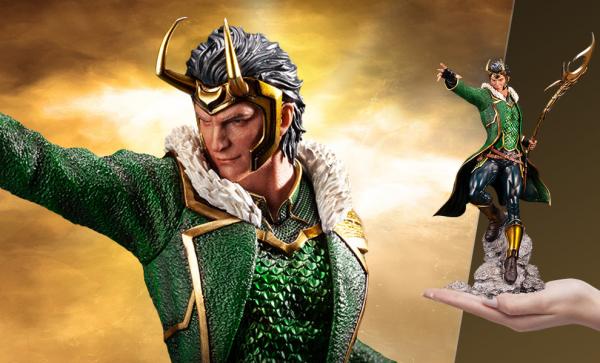