Comic book-inspired media can definitely inspire a wide variety of villainous archetypes. Within the Marvel Cinematic Universe, we have antagonists ranging from downright silly to absolutely scary. Some of them, however, are seriously evil. We’re talking morally corrupt, vicious villains. These bad guys and gals do major harm without regret. They’re the Avengers’ most dangerous adversaries.

So, who makes the list? Who are those dastardly characters who have committed almost unspeakable deeds and brought our heroes to their knees? Join us below as we analyze the worst of the worst MCU villains — plus we’ll explain exactly why and how we picked them.

Mysterio is a liar, trickster, and criminal mastermind. For awhile, he dons a cape and convinces Spider-Man that he’s a Multiverse-traveling do-gooder. In reality, Quentin Beck is an embittered ex-Stark Industries employee with a vendetta against the late Iron Man. What begins as a personal grudge evolves into a multiyear plot that endangers hundreds of lives. Mysterio also focuses all of his ire on a high school student — the young and innocent Peter Parker.

This Spider-Man villain destroys cities and seriously hurts Peter’s feelings. Not only that, but Mysterio actually tries to shoot Peter point-blank. The scene is chilling and disturbing, as it illustrates just how far Mysterio is willing to go for payback against a dead man. Furthermore, Mysterio reveals Spider-Man’s identity to the entire world. Plus, he frames Peter for murder. The man goes way too far with very flimsy motivation, which makes him seriously sinister. 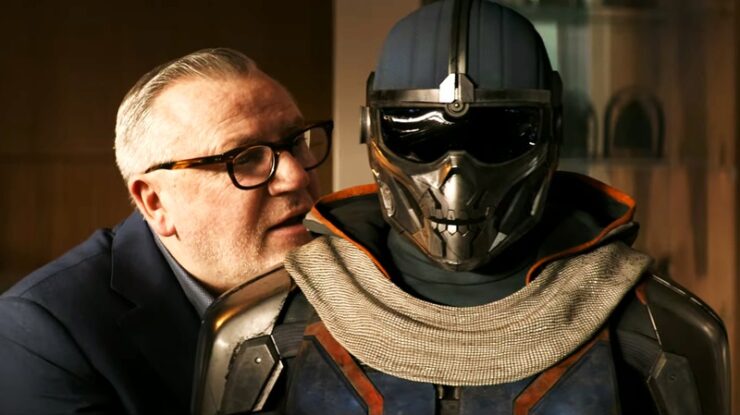 Dreykov is one slimy dude. He’s the overseer of the Red Room Academy, a brain-washing Russian operation used to “program” women into the perfect weapons. After separating young candidates from their families, the Red Room — under Dreykov’s guidance and supervision — tortures and trains them. He also puts chips in these Black Widows to control their bodies and minds, and makes the girls unable to harm him as long as they can smell his pheromones. Uh, definitely super creepy. But the Black Widow Natasha Romanoff is thankfully able to combat this by breaking her own nose.

If that all isn’t enough to cement his villainy, Dreykov truly believes that girls are an overabundant and superfluous “natural resource” for him to cultivate and control. He even feels this way about his own daughter. After Antonia Dreykov nearly dies in an explosion, he puts a chip in her. Thus he creates Taskmaster, a blank slate capable of copying combat moves, weapon skills, and any other abilities she observes. Dreykov clearly feels no remorse for his actions, and only stops when he perishes in a helicopter explosion alongside his precious Red Room. 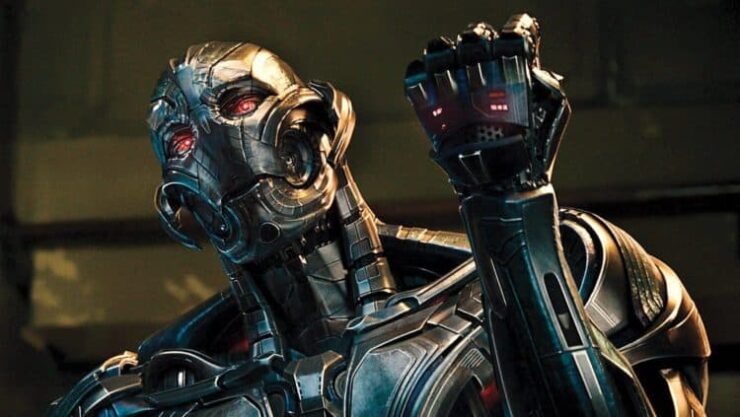 Ultron can easily fall into the killer robot/artificial intelligence trope. But he’s so much more than that. An absolute genius, Ultron’s cruelty is calculating. His plan to eradicate humanity, allegedly for their own good, is especially awful because he is created by Tony Stark and Bruce Banner to help them achieve world peace. Instead, the “science bros” lose JARVIS to Ultron’s virulent attack. At least they get Vision out of it!

Seriously, though, Ultron is an extreme threat. Not only does he lead an army of sentries against the Avengers, he also puts plans in place to create a weapon capable of extinguishing all organic life on Earth. Alongside Wanda and Pietro Maximoff, he almost achieves this goal — one he believes is noble. See, Ultron’s villainy ultimately comes from his certainty that he is correct. Thinking that humanity is doomed and he is the only solution is egotistical and undeniably evil. 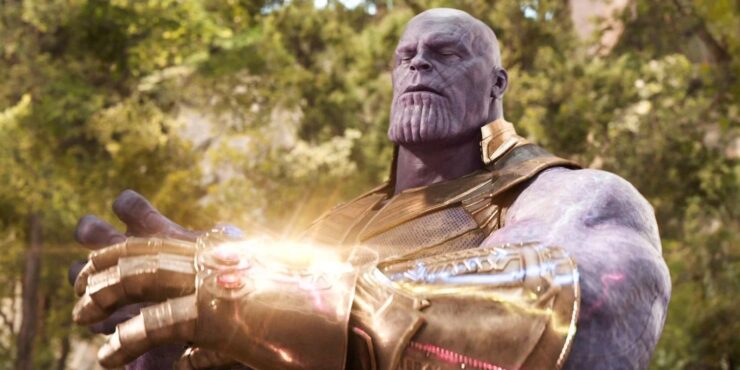 Here’s another genocidal maniac! Thanos wants to wipe out exactly half of all life at every level of existence. Thanos is also convinced that he’s 100% right in doing this. The Mad Titan believes indiscriminate culling will balance the universe. He plans to solve pervading problems such as overpopulation, pollution, and starvation … by erasing the plants, animals, and organisms attempting to survive these crises.

Not, mind you, by increasing the amount of resources and space in the universe. Even though he has the Infinity Gauntlet and Infinity Stones, which are by definition capable of achieving anything. Instead Thanos uses the stones to destroy. Many heroes, including Gamora and Black Widow, die trying to stop him. In the end, Thanos’ Snap must be solved with a Time Heist that leads to Iron Man’s heroic sacrifice. Thus Thanos is the worst adversary the Avengers have faced — so far, that is.

Scarlet Witch starts her story as a minor antagonist. Working with Ultron, she craves revenge against Tony Stark for his weapons’ role in her parents’ death. However, Wanda doesn’t agree with Ultron’s goals and later turns against him. She joins the Avengers, acting as a hero and powerful ally. However, Thanos’ actions break her. The villain kills Vision, the love of Wanda’s life, which causes her to spiral into grief-stricken desperation where she attempts to revive Vision — regardless of the consequences.

Wanda puts the entire town of Westview, New Jersey, under her spell. There she manifests an idyllic life with her husband and twin boys, Billy and Tommy. But the people are trapped and they want out, and Wanda puts her selfish needs above theirs. Although her descent into madness is due to trauma, we can’t excuse Wanda’s behavior. Especially when, after Westview, she tries to kidnap and kill the teenager America Chavez. Coveting America’s powers, Wanda plans to reach her children in another universe. While she repents to Doctor Strange in the end, we can’t really forgive all the murder and mayhem she causes along the way. 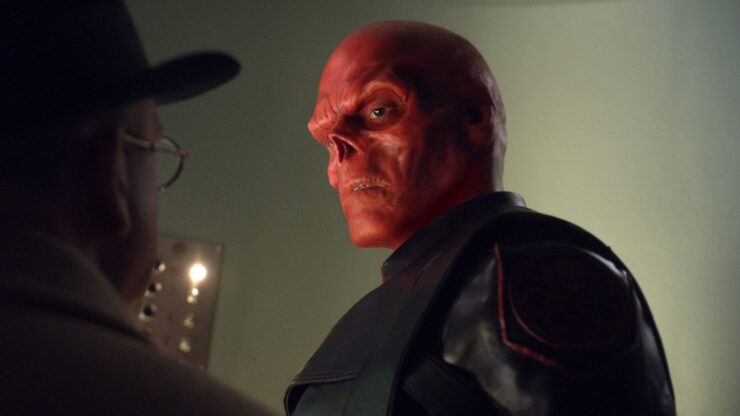 Red Skull is a literal Nazi. Need we elaborate? We will, but that’s baseline bad right there. Johann Schmidt is Hitler’s confidant as well as the head of HYDRA. He steals Super Soldier Serum for himself. The test leaves Red Skull disfigured — hence his villain name — but also extremely strong. Combined with his formidable intellect and the Tesseract, he’s both a militaristic and magical threat to the Allies and Captain America during WWII.

Put simply, Red Skull betrays a fascist government only to create his own fascist government. He craves power. He’s selfish, ruthless, cunning, and callous. Willing to do and hurt anyone to achieve world domination, Red Skull is also completely apathetic about those around him. The man is rotten to his core. And the flesh clearly reflects the madness within.

Who do you think are the most evil MCU villains? Share your thoughts with other fans at side.show/geekgroup, and don’t forget to Let Your Geek Sideshow!