Comics have evolved quite a bit over the years, from storytelling to artwork to even the release format. Even so, a few of these sagas remain as time honored expressions of drama and morality that will likely never be eclipsed.

Whether they were released as a single cohesive story or later collected into a trade paperback, these 10 titles are some of the greatest works that geekdom has to offer. 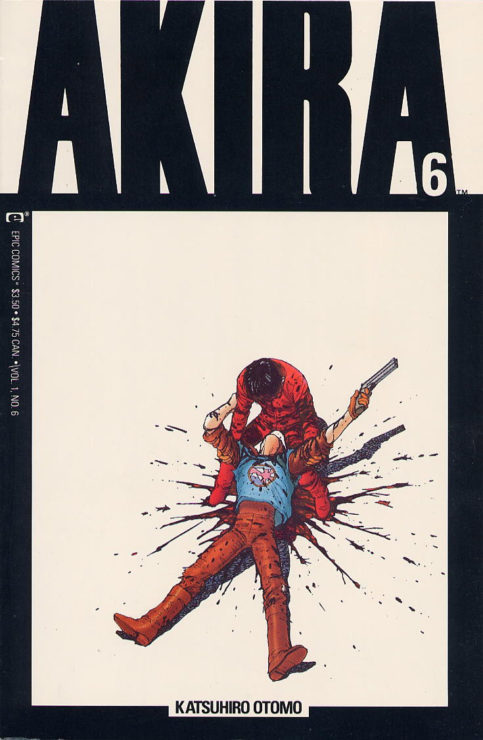 Katsuhiro Otomo’s Akira has been viewed as one of the all-time greatest manga works since its first release in 1982.

The story is set in a dystopian future after World War III. Gangs of violent teenagers can be found on the island of Neo-Tokyo, and their longstanding feuds with each other flesh out the story and add even more complexity to Otomo’s beautiful artwork. Drugs, telekinetic ability, and gun fights are exhibited in abundance, creating a gritty story about growing up in a hopeless world. 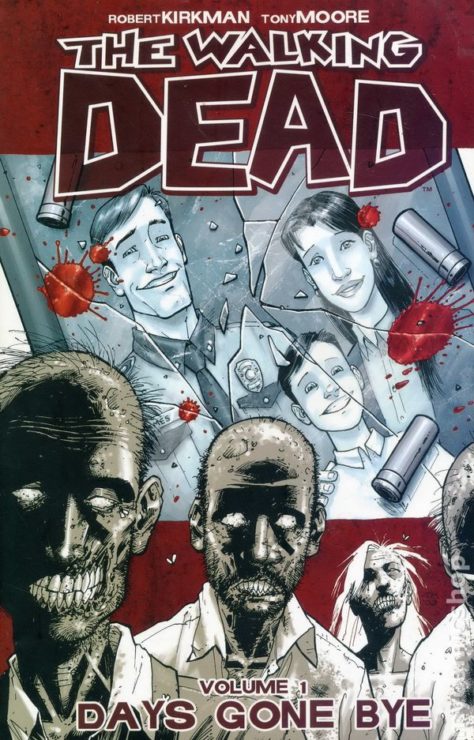 First released in 2003, The Walking Dead has become a mega-popular cultural icon that reminds us all of the strength required to survive in truly harrowing situations. Both the comics and the various TV spinoffs have had us all saying the same thing – “I wouldn’t survive that.”

The series was created by Robert Kirkman and Tony Moore. The haunting saga centers around a policeman named Rick Grimes who works relentlessly to protect his family and his newfound friends from a zombie apocalypse. Loved ones are constantly lost to intense pain and suffering, and the emotions are conveyed very effectively through the dismal black and white artwork. 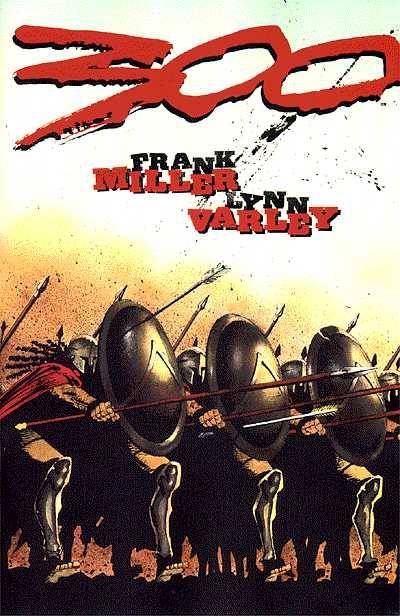 Written and drawn by Frank Miller of Sin City fame, 300 is a short comic series centering around a historical event known as the Battle of Thermopylae, in which 300 of ancient Sparta’s best warriors battle against an overwhelming army of Persians.

The work has been critically acclaimed since its 1998 release, and it was even adapted into an edgy action film in 2006. Though many details are historically inaccurate in both versions, it remains a timeless tale of the underdog fighting against insurmountable odds. 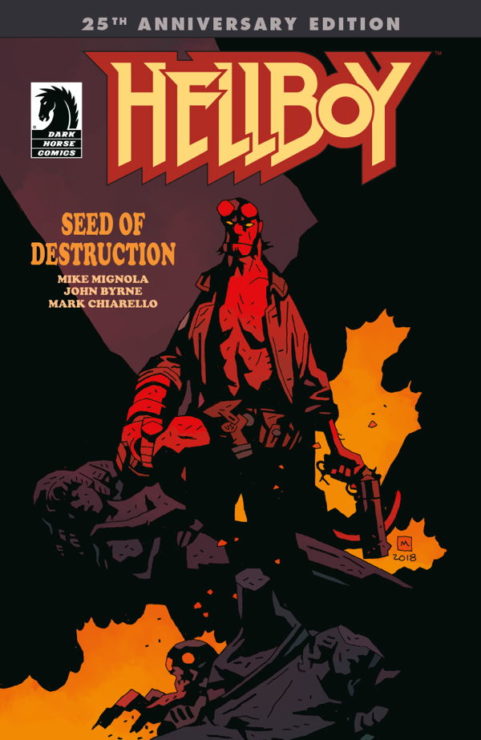 Created by Mike Mignola, Hellboy is a character we all love for a very important reason. He’s a demon, so he’s supposed to be bad, but he’s not. Though the character was introduced in 1993, Hellboy’s first titular issues began releasing the following year, the first four issues forming the Seed of Destruction storyline.

This story arc serves as the character’s origin story, detailing how he was accidentally summoned to Earth by Nazis. Arriving as a child, he was raised by a kindly professor, and went on to become the best fighter of the Bureau for Paranormal Research and Defense.

A horrible villain named Rasputin aims to awaken ancient beings known as the Ogdru Jahad, which would mean the destruction first of the Earth and then of the entire universe. It’s up to Hellboy, his pyromaniac friend Liz Sherman, and his fellow freak Abe Sapien to save existence itself. 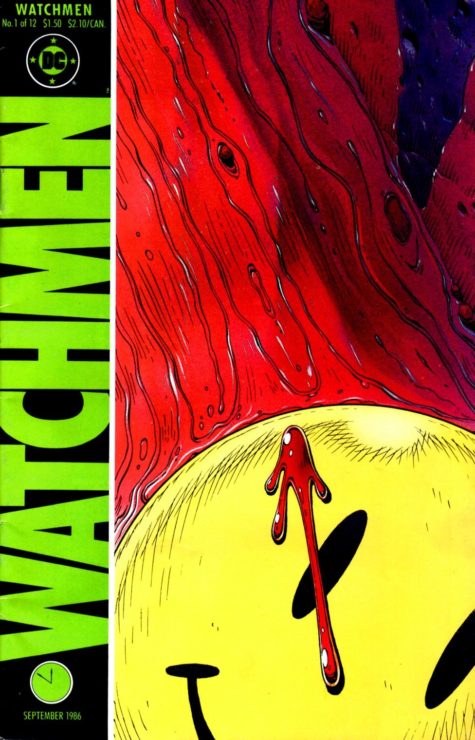 DC Comics’ Watchmen was created by Alan Moore. It was released in 12 official issues from 1986 to 1987, and is widely regarded as one of the most popular and best graphic novels of all.

The story initially centers around super heroes living in a world where being a crime fighting vigilante is against the law, a concept later borrowed by the Incredibles films. The story’s issues were collected to form the original trade paperback in 1987, which has been lauded by critics for its snarky, violent, and gritty themes as well as its unique take on the superhero genre.

The novel also inspired a 2009 film directed by Zack Snyder, as well as an upcoming HBO series. 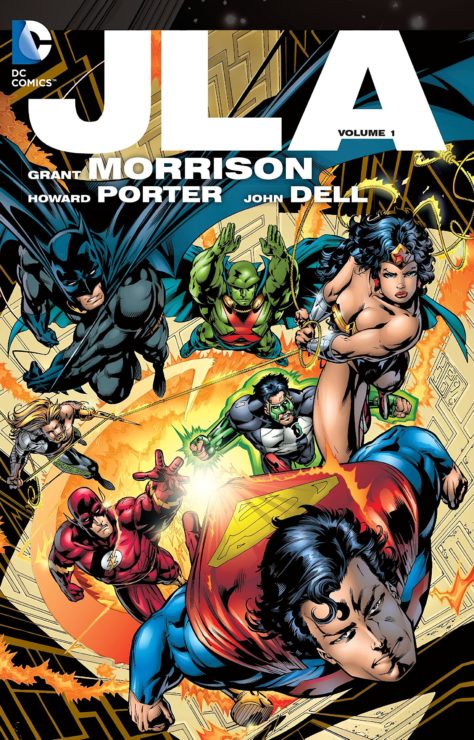 DC Comics had put characters on a team in the 1940s with the Justice Society of America (the first ever superhero team), but it’s the Justice League that is remembered as one of the best fictional teams in comic book history. The new team of heroes emerged in the 60s, and they’ve been featured in dozens of comics and TV productions as well as a few films.

Many consider Grant Morrison’s relaunch to be the best of them all. Rebranded as simply JLA, Morrison’s various issues exploded into the world of comics in the 90s, reinventing what Batman, Superman, Wonder Woman, and all the other heroes meant to comics lovers worldwide. 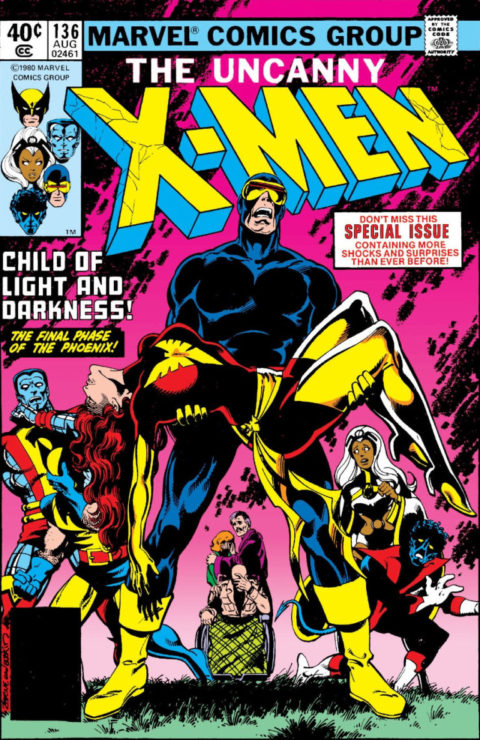 Uncanny X-Men #129 through #138 has come to be known as the Dark Phoenix Saga. Released in 1980, it follows after the Phoenix Saga, which centered on Jean Grey becoming the Phoenix and set the stage for her later corruption.

The heroine was changed by a solar flare into something powerful and incomprehensible, but she gets even stronger as the story progresses. A villain called the Mastermind manipulates her with visions, and her power eventually overtakes and transforms her into a being of infinite strength. She’s then seen as a threat to the entire galaxy – but there are a few surprises that shouldn’t be known until you read the comic…

The story has been hailed by critics for its depth and its sadness, and it was recently adapted into this month’s Dark Phoenix film. 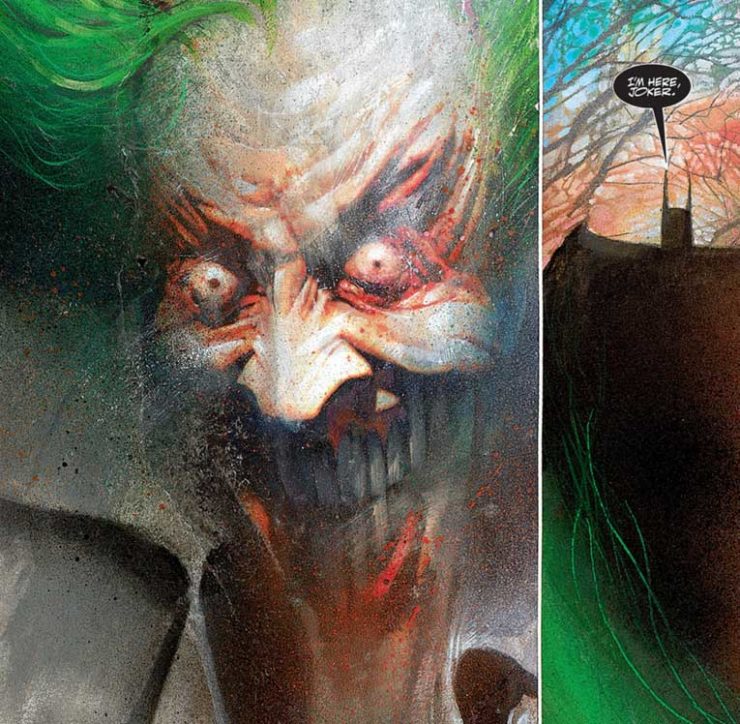 Boy, can Grant Morrison can write. As if Animal Man and JLA weren’t enough, he’s got yet another graphic novel that has seen massive popularity and critical acclaim. Arkham Asylum: A Serious House on Serious Earth of 1989 set the stage for future comics, movie adaptations, and video games.

Featuring a darker, more fractured Batman, the story uses metaphor and religious imagery combined with the grotesque to form pages that are downright scary. Whether it’s Batman facing off against a metaphor for disease (Clayface) or against a biblical serpent (Killer Croc), each page is a work of art in itself.

Even though Morrison’s allegorical script was integral to the book’s success, it couldn’t have been done without Dave McKean’s horror-noir artwork. Composed of paintings and collages, the pictures are both horrifying and beautiful at the same time.

As a bonus to all this awesomeness, Arkham Asylum features what is quite possibly the scariest looking Joker of all time. 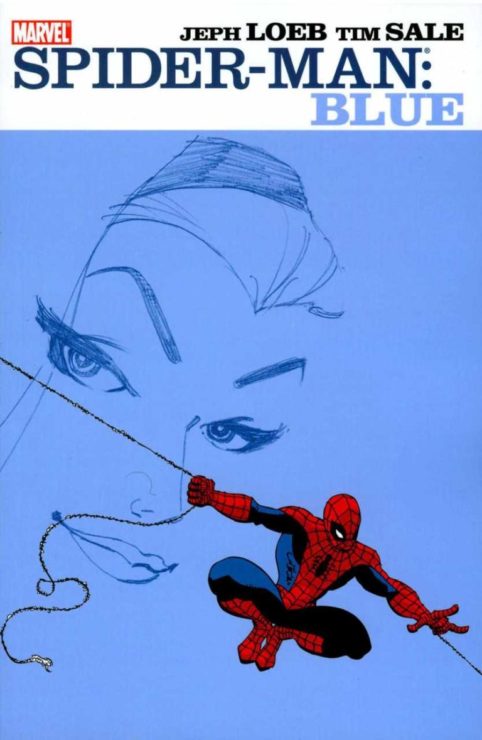 Written by Jeph Loeb and illustrated by Tim Sale, the six issues of Spider-Man Blue comprise a complete work that is revered by comic book fans.

Released from 2002 to 2003, it features our favorite wall crawler feeling palpable sadness over the death of Gwen Stacy, who has been dead for some time. Peter recounts events from his past when Gwen was still alive, and the whole story is alive with expressions of loss and sadness.

Though Spidey comics are always awesome, only certain ones can be viewed as serious expressions of humanity, and Spider-Man Blue certainly fits the bill. 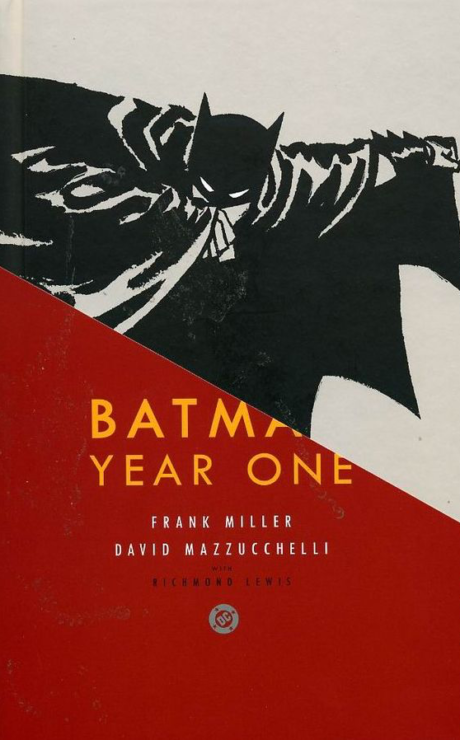 In 1987, DC Comics released Batman: Year One in four issues. Written by Frank Miller, illustrated by David Mazzucchelli, penciled by Todd Klein, and colored by Richmond Lewis, the work was a total game changer, and it’s viewed today as nothing less than iconic.

Time-honored characters were somehow given a new urgency, despite not much having actually changed about their attributes (except for Catwoman’s career). What has changed, or at least seems to have changed, is the believability of the dialogue and the character interactions.

From start to finish, the story is loved for its deep and innovative exploration of Batman’s and Jim Gordon’s minds.

How many of these incredible titles have you read? Did your favorite get left off the list? Sound off in the comments, and don’t forget to Let Your Geek Sideshow!

Batman Gets a Star on the Hollywood Walk of Fame, Jill Soloway to Write and Direct Red Sonja Film, and more!