In a brilliant twist of throwback storytelling, the end of season 2 of The CW’s Batwoman had all of the Bat-Cave’s super-villain trophies scattered throughout Gotham, breathing new life into old evil. As season 3 continues to pick up speed, Batwoman has amassed an impressive roster of adversaries and archenemies.

Some of these figures continue to cross the line between friend and foe (such as the original twisted sister, Alice) while others have been completely evil. But one thing remains certain — Batwoman’s on-screen enemies have become dynamic entries into the Rogues Gallery. Whether we’re talking the Ryan Wilder or Kate Kane seasons, Batwoman villains are in a league of their own. Find out who’s who below. 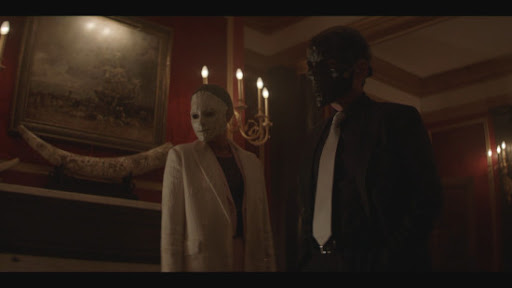 First up, we have a villain who has faced both Batwoman and Batman (and even Harley Quinn with the character’s live-action debut in Birds of Prey) and we know what you might be thinking — a skull mask? Spray painted in black? How original. But Roman Sionis is so much more than his mask.

Beneath that creepy skull façade is someone more ruthless than all of Gotham’s crime families combined, a man who kills at the drop of a mask if it will serve his own machinations. And as the head of Janus Cosmetics, Black Mask always has a scheme. For those into mythology, it’s also worth noting that Janus is the Roman god of beginnings. What better way to begin anew than with a fresh face? His dangerous daughter, Circe, can attest to that, as she is resurrected through hypnosis and an intense, shall we say … facelift?

Speaking of fresh faces, we have the father and son duo of the Cartwrights. August Cartwright was a doctor whose son Jonathan, AKA Mouse, was disfigured in an accident. Incidentally, Cartwright was also a former colleague of Dr. Jonathan Crane, the super-villain known as Scarecrow. Cartwright’s specialty, however, was skin grafting.

After Kate Kane’s mother and sister are trapped in the car as it falls from the bridge, Beth Kane washes ashore (along with her mother’s body) only to be discovered by the Cartwrights. The deranged doctor kidnaps Beth and exploits her sewing talent to perfect his methods of grafting new faces onto people. His endless abuse creates a tight bond between Beth and Mouse, as well as compelling Beth to construct her Alice persona. Off with their heads, indeed. 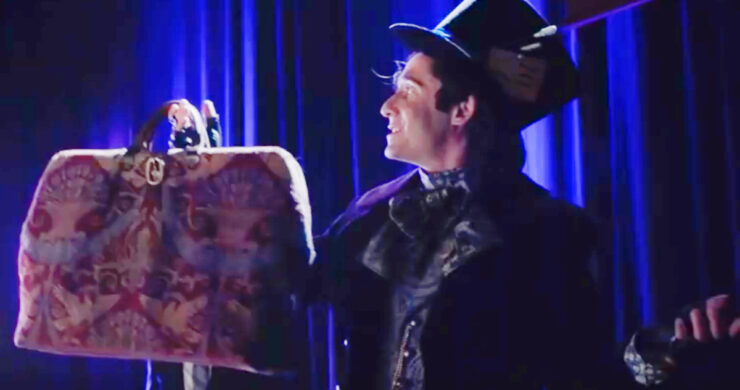 If you’re sensing a curious(er) pattern here, you’d be correct. Mad Hatter also makes an appearance on Batwoman, though it’s not the original Jervis Tetch. Instead, an overarching storyline of season 3 has been collecting the Batman trophies that Circe Sionis lifted from the Bat-Cave. Some, like the Mad Hatter’s mind-controlling hat, were easier to obtain than others… 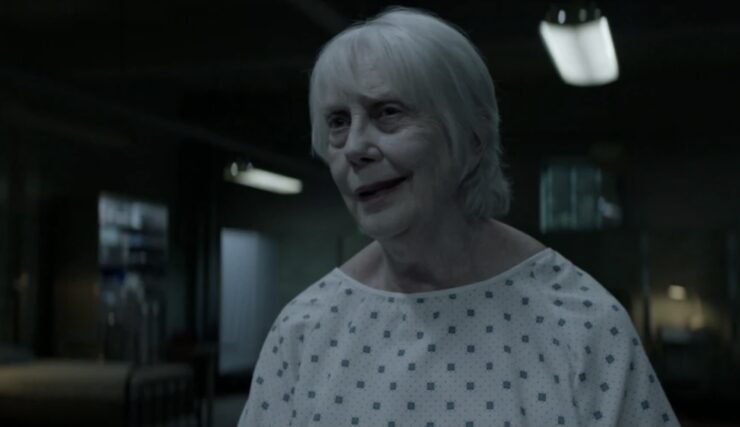 Another of the Batman super-villain trophies that Ryan and her Bat Team must retrieve is Mr. Freeze’s liquid nitrogen. However, the twist here is that rather than Victor Fries, who is now dead, the focus shifts to his widow Nora and her sister, Dee. It’s a novel change to finally give agency to Nora, who in most incarnations is merely a passive motivator for Victor’s villainy (though she has also appeared in the comics as super-villain Lazara). Rather than just being a lady in a glorified snow globe, this Nora demands that her voice be heard.

Nora and Dee’s close bond also continues the show’s sister motif, and helps push Mary Hamilton, who is continuously overlooked in her dedication to the Bat Team, closer to an alliance with Batwoman’s arch nemesis, Alice. Seems like that cold shoulder is finally warming up.

Thomas Elliot, better known as Hush, is introduced in the third episode of season 1, and like his comic book counterpart, his childhood friendship with Bruce Wayne slowly rots into a bitter one-sided rivalry. In one of the most well-received Batman books, Hush constructs an elaborate plot that involves nearly all of Batman’s Rogues Gallery; he even bends Superman to his will (with some outside help).

Unlike the comics, however, the Batwoman version of Tommy Elliot is a vehicle to show Alice’s true genius. Alice uses Hush as her henchman in a race to decode Lucius Fox’s journal, and under her lead, Tommy finally achieves what he always wanted — though not without consequence. 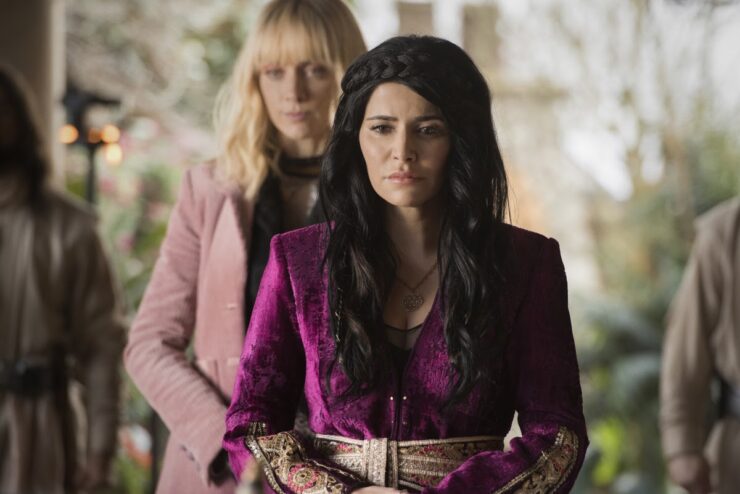 A rose by any other name would smell just as sweet, unless we’re talking about Safiyah Sohail’s Desert Rose. In that case, there’s only one flower right for the job and it is not up for grabs. Safiyah is the very definition of criminal mastermind, orchestrating a complex plot around stolen identities, double crossing, and doomed love.

Manipulation is the name of Safiyah’s game, and while she has used the miraculous healing power of her island kingdom’s main export for good, Safiyah is ultimately someone who seeks control. Few who cross her have lived to tell the tale, even if they are people whom she loves dearly. Every rose has its thorns, after all. 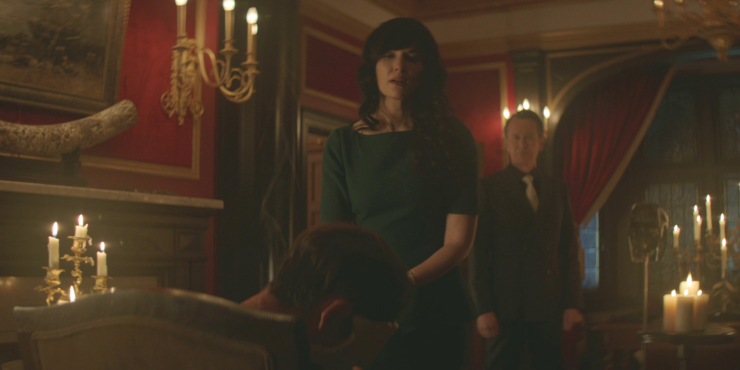 Batwoman frequently makes creative use of villain legacies, and few are more intriguing than Evelyn Rhyme, also known as Enigma. Enigma is responsible for many characters’ psychotic breakdowns. She can even raise the dead … in her own questionable way. The show, much like the comics, leaves it up to the reader’s deduction skills whether she is the daughter of the Riddler, but one question remains very clear: How far can a mind bend before it’s broken beyond repair? 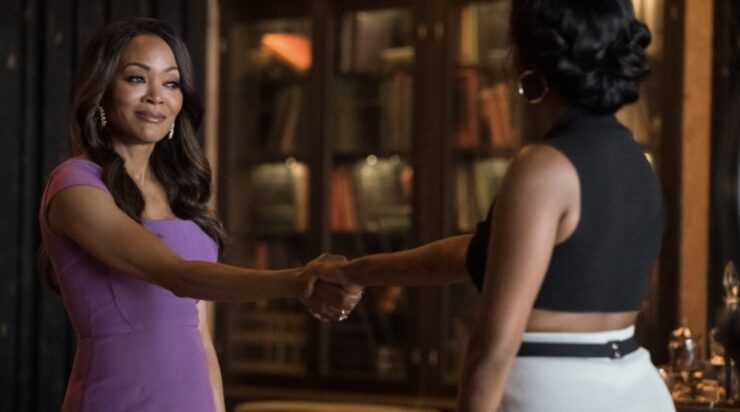 While we’re on the subject of family inheritances, the parents of all of Gotham’s caped crusaders have often been a driving force in their motivations. While Bruce Wayne’s parents have (mostly) been hailed as admirable, philanthropic figures, both incarnations of Batwoman have had to contend with dubious parents.

Kate constantly battled with her father’s involvement with the Crows and his fanatical vision of justice, while Ryan loses her beloved adoptive mother only to meet her biological mother, Jada Jet. As the founder of Jeturian Industries, Jada is brilliant but also cunning. She shares a tense, uneasy relationship with her estranged daughter and as season 3 progresses, these family ties are becoming increasingly sinister. 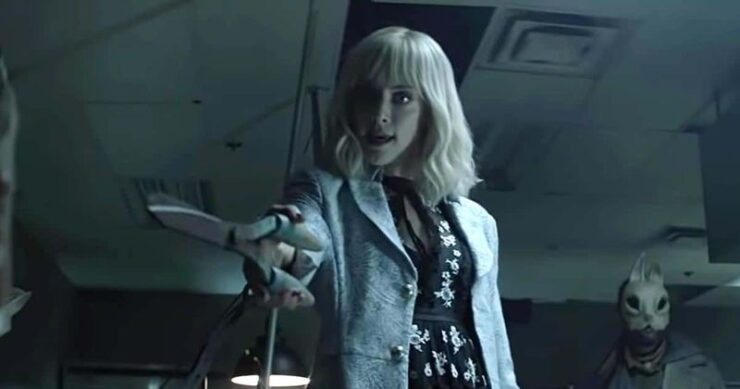 No, not that one. This is Alice, Gotham’s hallucinating, homicidal maniac who controls the Wonderland Gang. As Beth Kane, she’s the tortured sister of Kate Kane and Mary Hamilton and she’s undergone quite the character arc. When a car accident throws their car over the edge of a bridge, Beth is stuck inside with their mom while Kate is able to escape. Somehow, Beth survives and she’s abducted by August Cartwright, whose mental abuse forces her to develop a new persona so she can escape the extreme trauma.

Much like the Joker to Batman, Alice is a charismatic foil for Batwoman — except her close, familial connection to both incarnations of the cowled hero makes her a more compelling adversary than Joker could ever be. Alice is undeniably murderous and capable of callous destruction, yet somehow the audience feels pity for her. Underneath the tea parties and skin grafting, Alice’s deep pain reminds the audience that we’re all a little bit mad. 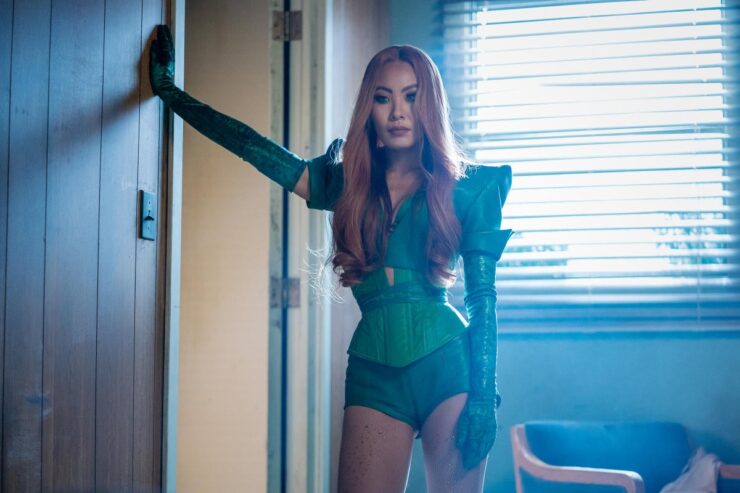 Since the finale of season 2, Poison Ivy has been teased as the next major villain of Batwoman. This incarnation of Pamela Isley was romantically involved with Detective Renee Montoya when they were in college, but once Pamela assumes her alter ego, her floral fanaticism drives a hedge … er, wedge between them.

Now, in an interesting twist of her powers, Poison’s influence has become an infection (with a sly reference to Swamp Thing) and has taken hold of Mary. Though we’ll likely see Pamela make an appearance, Mary has assumed the title of Poison Ivy. First her powers were only triggered by sunlight but now Mary can tap into the signature persuasive pheromones and ensnaring vines. It remains to be seen exactly how Pamela will tie into this dark progression for Mary, and how long Mary and Alice’s partnership will last, but in the meantime, it is enthralling to see how Mary’s long-awaited empowerment could spell out certain bloom for Batwoman.

Of course, there are plenty other antagonistic forces who have taken flight on The CW’s Batwoman. Magpie has made multiple appearances and throughout seasons 1 and 2, the corrupt Crows were a nonstop nuisance.

However, one of the most interesting aspects of Batwoman is the way her villains are never just random criminals with their own separate motives. Nearly every enemy of Batwoman is connected to her in some way, which raises the stakes and compels the audience to consider the villain’s perspective. And if there’s anything to learn from the character arcs of Batwoman, it’s that there’s a little villain in all of us — even those we’d never suspect.

Which Batwoman villain is your favorite? Tell us why in the comments and don’t forget to Let Your Geek Sideshow!