Creature features are a genre of films and television that utilize supernatural, preternatural, extraterrestrial, or otherwise unnatural monsters as the antagonists. These silver screen screams combine elements of horror, science fiction, and fantasy. Most importantly, we can’t get enough of them. No matter how many times we watch a Universal Monsters flick, we want to see another, and we crave those creepy-crawlies in order to safely satisfy our desire to be scared.

The question is — what does your favorite movie monster say about you and your fears? Why do we even have favorites? Let’s dive into the psychology and history behind our freaky faves below.

*Please be advised that this article will contain images and/or text including, but not limited to: blood, gore, sexual violence, and death. 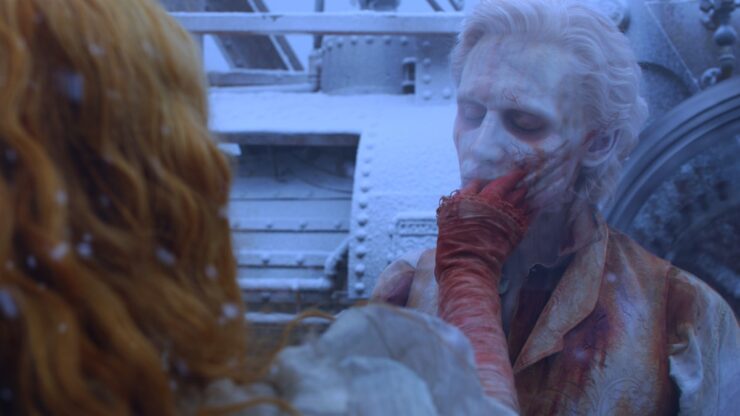 There’s a reason we use the phrase “ghosts from my past.” In a Shakespearean sense, ghosts can have a physical presence even if there is no ghost onstage. Ghosts literally haunt us — they are grief and guilt, mistakes and murders that we can’t escape. Ghosts exist in every drama as the secrets between people. In horror, ghosts bridge the gap between fiction and reality by manifesting negative emotions into an ethereal form. Often, ghosts prey on the people responsible for their misery, or are malevolent spirits residing in an environment where they suffered.

Examples of this abound across media. The Haunting of Hill House, with its famous Bent Neck Lady, takes an intimate family drama to new heights with a twisted timeline of death and despair. In director Guillermo del Toro’s 2015 film Crimson Peak, this sentiment is echoed in the quote, “The horror was for love.”

Suffering from isolation and abuse, the Sharpe siblings take the idea of “’til death do us part” far too literally, tying themselves to their estate and victimizing Edith Cushing. The house remembers their deeds — the very ground bleeds. Once again, ghosts become a medium for our emotions to inflict terror. And while Crimson Peak is a dark fantasy, it’s easily recognizable as a metaphor for plenty of atrocities committed in the name of love. 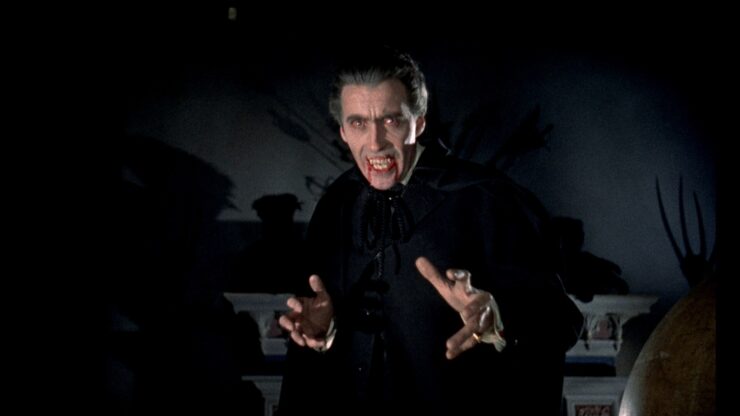 Historically, vampires are undead creatures from European folklore who drink blood from the living. Legends and fear of vampires are considered to have formed as early explanations for the mysteries and fears surrounding death, decay, and individual body decompositions that may have appeared abnormal. People being buried alive and scratching the inside of their coffins, fingernails still growing after a human’s expiration, albinism — these then-unknown scientific anomalies caused mass hysteria and accusations of vampirism in villages.

Symbolically, vampires are a metaphor for fear of sexual assault or sexually transmitted infections. There is something undeniably carnal about these creatures’ powers. They hypnotize and/or seduce their victims, puncture them with their teeth, and drain them of vital fluids. This often occurs in dark alleyways or secluded castles, where an unsuspecting human has been lured by a mysterious, charming, and attractive stranger.

The most famous pop culture vampire is, of course, Dracula. Countless depictions of this character exist throughout the cinematic age. He has been everything from a gaunt, bat-like creature to a debonair aristocrat. More modern versions of the Count play with the lines between passion and power, fascination and fear. How can you be both drawn to and repulsed by a person at the same time? Vampires sink their teeth into this nagging question, forcing you to face that internal inquiry. 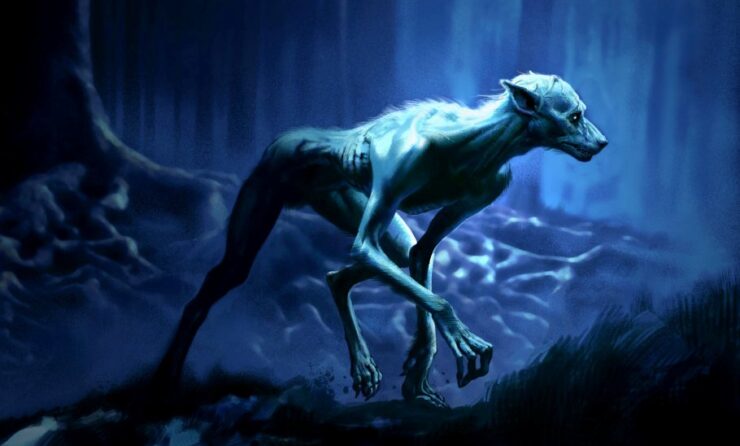 Also known as lycanthropes, werewolves are living humans with the ability to shapeshift into a wolf. Depending on the writer, their wolf form could be a more anthropomorphized wolf, a larger yet natural looking wolf, a muscular monster, et cetera — the design possibilities are pretty endless. Their lycanthropy can also be voluntary, a mutation, triggered by the full moon, a cursed affliction, or genetic.

Werewolves represent our fear of losing control over our own bodies, or even a fear of looking ugly and beastly, either through physical appearance or actions. To become an animal, we are abandoning our humanity and giving in to violent primal urges. The Wolf Man, for example, has no memory of his transformation or the horrors he commits while in wolf form.

Amnesia is common for werewolf stories. Remus Lupin from the Harry Potter series is another popular werewolf character, and he relies on his friends The Marauders to provide recollections following his nights as a wolf. Remus’ role in the books and films is also a metaphor for treatment of people with HIV/AIDS, since many wizards shun Remus and his kind for an affliction outside their control, and a misunderstood affliction shrouded with taboo and fearmongering. 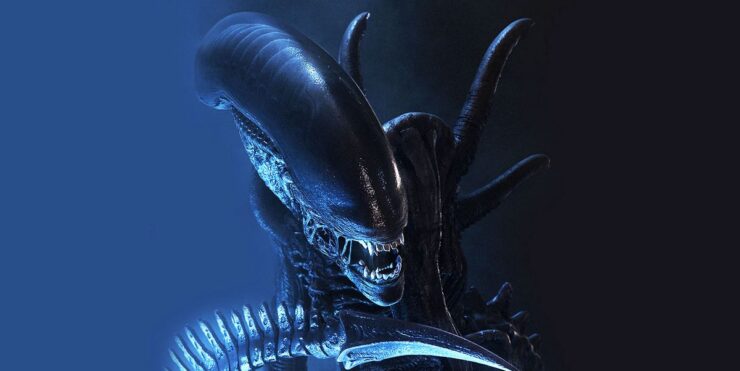 Extraterrestrials of any type clearly play into our fear of the unknown. The farthest corners of space, the limitless galaxies, each mystery uncovered by science — and thus the questions for which we still don’t have answers — all contribute to a very valid theory that we might not be alone in this universe. Some people (such as Star Trek and Star Wars™ fans) celebrate this. Others are terrified. They hypothesize violence, uncomfortable explorations of the human body, and a desire to subjugate coming from any visitors from outer space.

The most extreme horror involving extraterrestrials is Alien. This horror/sci-fi franchise introduced us to H.R. Giger’s Xenomorphs. Terrifying in both design and manner, they are also representative of even deeper anxiety. With gaping, fanged maws and spiked appendages, as well as a chest-buster that births itself after the Xenomorph violates a human body for implantation, there’s no end to the psychosexual symbolism. 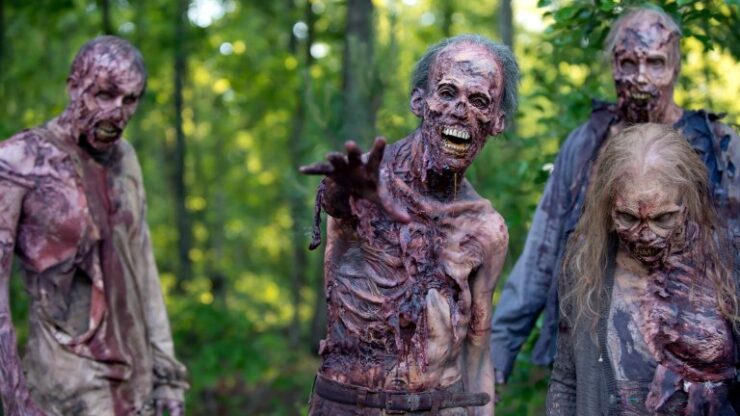 Zombies, or reanimated corpses, represent our fear of loss of individuality or independence. These undead revenants crave brains because they don’t have their own. They also eat living flesh, showing how a strict amount of control over people eats away at body and soul. Zombies are a herd of unthinking animals, driven by a singular goal that has been put upon them, unable to develop critical thoughts, feelings, or unique self-expression. In the digital age, it’s not an unreasonable anxiety by any standard.

Countless films such as Dawn of the Dead, 28 Days Later, and the Cornetto Trilogy’s Shaun of the Dead feature apocalyptic zombie hordes. Perhaps the most pervading example of zombies in pop culture is The Walking Dead. This AMC show balances the idea of zombies and people as the villains extremely well. The show asks us to consider who the true monsters are: the helpless victims, or the people using the world’s anarchy for their own selfish gain?

Recently, Marvel’s What If…? also explored a zombified comic universe, though with a more comical touch. The animated series’ episode “What If… Zombies?!” brought us Zombie Hunter Spidey as well as Zombie Captain America, two Avengers in stark opposition. This somewhat gory episode was more fun than meaningful, but it did end with that same message of resiliency and hope that zombie flicks tend to inspire in audiences. 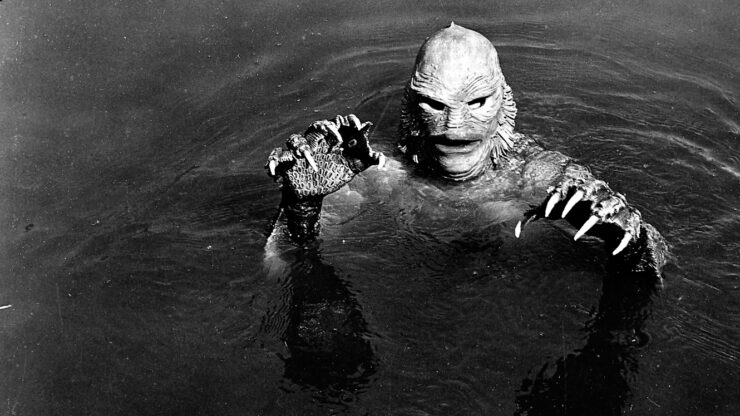 From the deepest depths of the ocean come another unknown horror. There is so much living under the seas, in undiscoverable and dangerous trenches or pressure levels, that humans have explored and charted only 5% of aquatic life and environments. Like aliens, then, sea monsters horrify us because we can’t understand them. And because humans are typically self-centered, we assume any humanoid species is just as terrible and wants to capture, enslave, or kill the entire human race. We also often imagine them in massive scope, such as the larger-than-life shark from Jaws. These horrific appearances could be the result of the terrible human impact on nature as well as our punishment for depleting environmental resources.

The Creature from the Black Lagoon is one of the earliest depictions of water-based horror. Entranced by a human woman’s beauty, the misunderstood Gill-man abducts her to his lair. This is a common horror trope, where an ugly, male-presenting monster removes a gorgeous woman from polite society and she must be rescued before it’s “too late.” Reflective of men’s concerns over keeping/owning/protecting “their” women, it’s an outdated yet easily exploitable fear tactic that is also explored in the more-recent The Shape of Water. 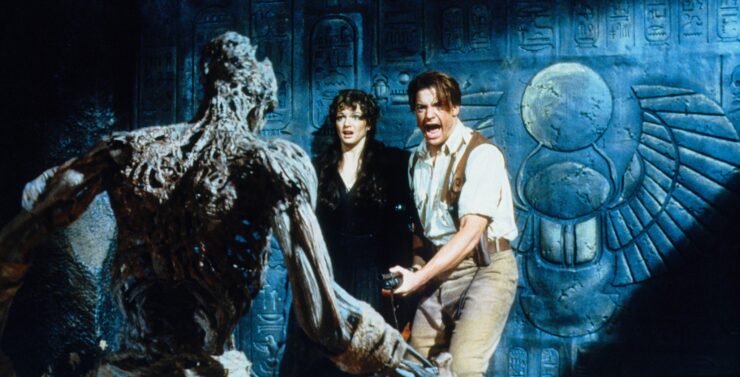 Like vampires, mummies are indicative of a larger historical context. In ancient Egypt, dead bodies were embalmed and laid to rest in tombs. The wealthier the corpse, the more elaborate the pyramid environment they were placed within. There, they could embark on a safe journey into death and join their gods in peace. But then international travel began, and cultures were shared, books were written. Thus a foreign tradition was viewed as a little strange by outsiders, whose fear inspired a series of creature features with sinewy, bony, slack-jawed killers.

As movie monsters, mummies don’t exactly inspire much dread.  They’re kind of gross-looking, sure, and their intelligence sets them apart from zombies. At a base level our fear comes from a typical dread: Humans don’t like death, and they don’t like disturbances in the natural cycle of life and death. But mummy myths are also surrounded by curses. Burial grounds, deep desert traps, and the presence of evil all contribute to vengeance plots as reawakened corpses go after anyone who dares to disturb their rest. Our fear of mummies is inspired, then, by guilt and superstition as well as the typical anxiety toward Otherness. 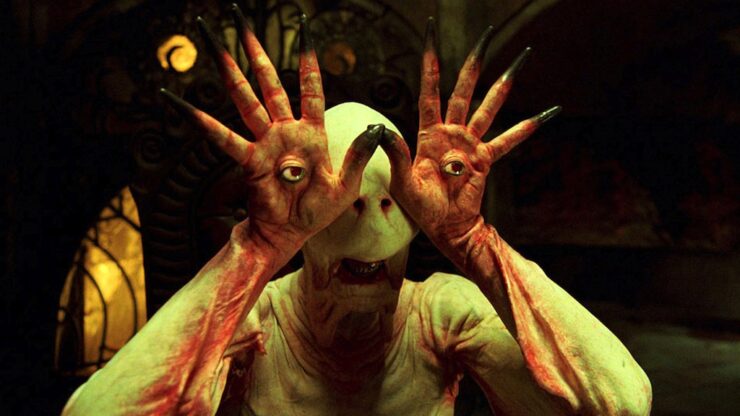 The Pale Man from Pan’s Labyrinth — is he a demon? Perhaps another fae? The Pale Man’s species is unknown, which makes him even more terrifying. He’s human-shaped but wrong, with old, wrinkled skin (an uncomfortable sight for anyone who fears the elderly or aging) that is sliced open and bleeding, flopping away from the rest of his yellowed, rotting flesh. His eyes are inset into his palms, allowing surveillance from any angle. According to Guillermo del Toro himself, this character represents “institutional feeding on the helpless.” With his repulsive mouth and sharp fingers, that’s abundantly clear. 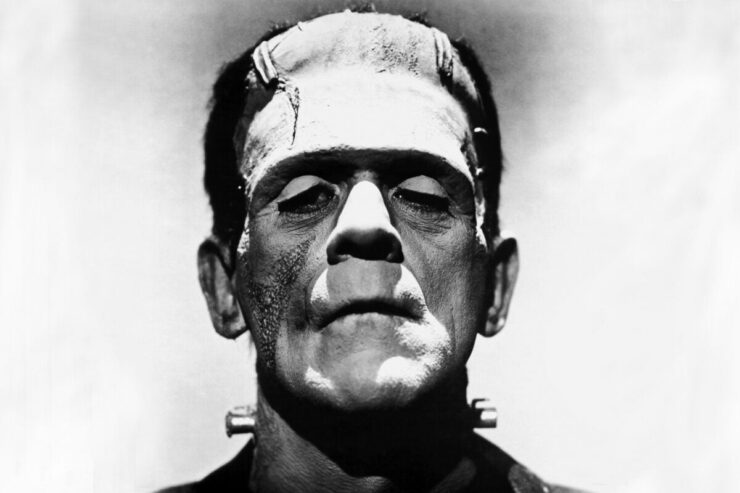 It’s alive! The being known as Frankenstein/Frankenstein’s Monster is an amalgamation of body parts from corpses that are galvanized into a comprehensive creature. Already his physical body is displeasing to the eye, with green-gray skin and abundant stitches, which again remarks on our fear of the Other.

But in a larger sense, Frankenstein represents how humans fear what we create. We are terrified that things like robots and cyborgs and AI and even life itself — i.e. our children — will grow beyond us in a frightening capacity. When they no longer need us, or actively consider us opposing agents to their agendas, what is the result?

What’s your favorite kind of monster, and what do you think it says about your fears? Find out which Universal Monster you are and then share with other horror fans at side.show/geekgroup, and don’t forget to Let Your Geek Sideshow!

It Runs in the Family: The First Families of Horror Part 2

5 Ghost Movies To Send a Shiver Down Your Spine