Happy How to Train Your Dragon Holidays: Snoggletog Edition

Imagine this: You’ve just settled into your favorite plush chair. There’s a mug of your favorite hot beverage steaming on the table, and you’re in your coziest, warmest pajamas. Maybe you’ve slipped on a fuzzy robe, too. You rest your feet in front of the roaring orange flames, which have been produced by your best friend and winged companion, a fire-breathing dragon…

Welcome to the Isle of Berk, dear Viking! And happy holidays! Specifically, happy Snoggletog! Join the other members of the Hooligan Tribe like Toothless, Hiccup, and more for this fantastical winter festival straight from the world of How to Train Your Dragon. 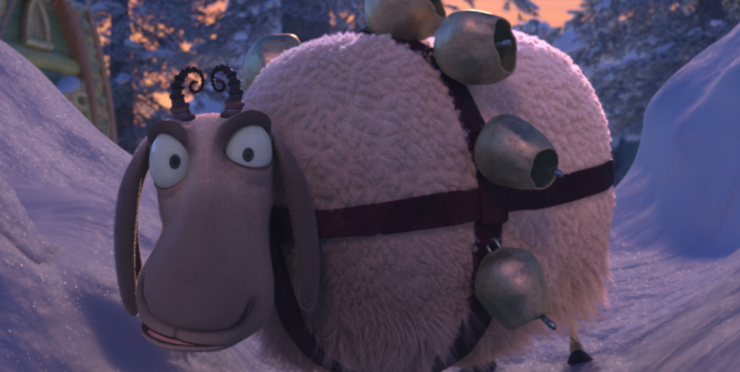 This fictional holiday first appeared in the 2011 DreamWorks animated short, Dragons: Gift of the Night Fury. In Gift of the Night Fury, the dragons use this time of year to hatch their eggs in seclusion. In our world, animals tend to lay eggs in the spring, which we consider a season of renewal and life. It’s beautiful to see that happen in a setting much like modern Christmastime because we can all relate to the themes of family, friendship, and the prospects of a New Year. Even the cold can’t bother our warmed hearts in these heartfelt moments.

Read on to hear more about Berk’s traditions and some of the ways they relate to us non-animated folks!

Like our real-world Christmas, Snoggletog is a yule-time celebration set during the snowy months. In a place that snows nine months out of the year, that’s not overly specific. However, we can assume there is a December in there somewhere in which Berk’s citizens can hang decorations and give gifts.

Snoggletog involves three films’ worth of splendor and magic, and I absolutely recommend you cuddle up with your loved ones to watch them. While you wait for the cocoa to cool, though, you can learn all about Snoggletog here! 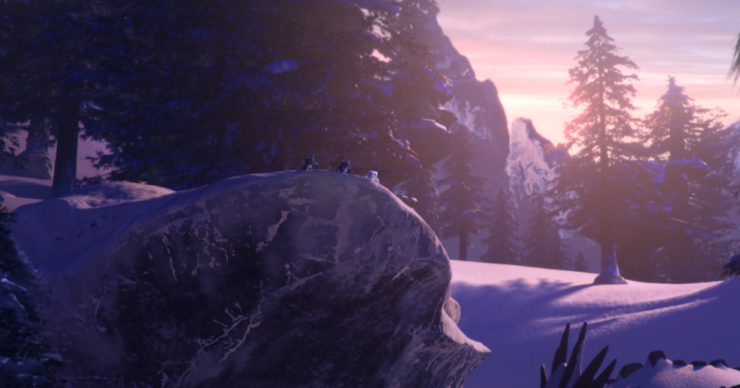 The holiday includes the building of trees using more unconventional materials such as wooden planks—later painted green—as well as unaltered Viking shields. The residents of Berk play games such as “missing toe,” where if you’re caught, the price is a punch instead of being given a kiss.

The drink mentioned in the first animated short is an interesting homemade brew called “yaknog” (a fun wordplay on eggnog), but its consumption doesn’t make it past its first test subjects and their gag reflexes. Houses are decorated, gifts are presented in helmets and boots, and grand feasts are had in the communal space known as the Great Hall, which is adorned with lights and jingle bells.

Historically, Snoggletog also involved a pageant that celebrated the massacre of dragons and dominion of humans over the hunted beasts. For anyone unfamiliar with the How to Train Your Dragon franchise, you should know that the dragons and the Vikings, after the conclusion of the first movie, now live in harmony and prosperity. Thus, the pageant in later years was a testament to that camaraderie that involved eating, drinking, decorating, dancing, and viewing a play put on by the people of Berk.

The play is a reenactment of the days of peace between dragons and citizens of Berk. Before, when it centered upon the brutal battles and violence, it was performed by adults. In the later years, the Snoggletog was performed by puppet-wielding adults and their children after they were taught their parents’ and the dragons’ history. It’s an important reminder of the past as well as a positive affirmation of the future. 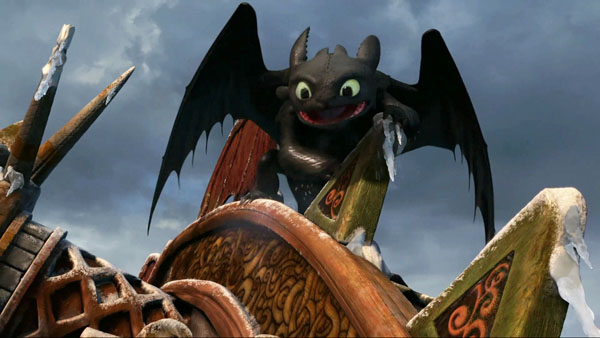 Now, the animated DreamWorks version of Viking holidays is, after all, skewed toward its viewers understanding of Christmas. In one How to Train Your Dragon: Homecoming (2019) scene, Gobber wears reindeer antlers and sleigh bells to reference Santa Claus. There are ornaments on a green tree. Pudding is a traditional dessert, and “Snoggletog morning” is the day of unwrapping presents. This jolly good time is familiar to us, but a little different than what the real Vikings did during their winter festivities.

Old Norse Vikings were active from about the eighth to eleventh centuries. Their holiday celebration, Yule, took place during the Winter Solstice through what we know as January. The most important part of this holiday was the Yule sacrifice—usually of livestock—which was the final, and most vital, event. The culmination of many days of banquets, offerings, and general merriment, it was an appeal to the gods for a prosperous life. Sounds like our New Year’s resolution, right? Vikings also began the tradition of the wreath, but it was a huge wheel that they set on fire and rolled down a hill.

Readers, please do not try that at home.

Instead of Santa, Vikings thanked Odin for any gifts during yule-time. They also dressed up as Thor’s goat, which the dragons of Berk would probably pick as their Snoggletog meal! In Berk, we don’t really see one figure given all the credit for the season. Everything is a family and community event, as evidenced by the new holiday short Snoggletog Log, where Hiccup and Astrid’s children, friends, neighbors, and dragons all run, dance, trip, and tumble through the house before settling down for some hot soup. 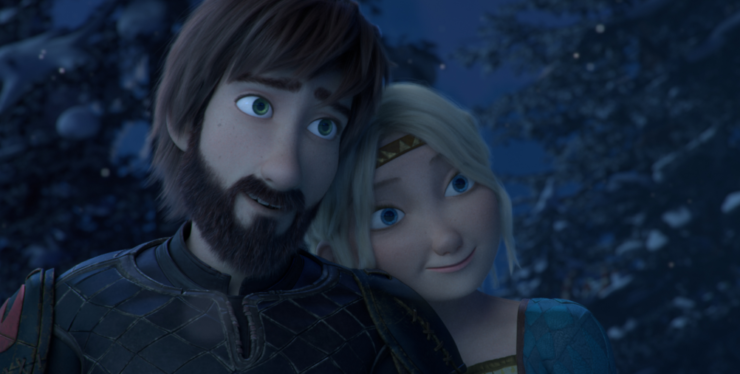 So, what are you waiting for? Grab your dragon and head to Berk before you miss Snoggletog! If your dragon is running late, though, you can always just tell us in the comments how you two celebrate at home.

All images courtesy of DreamWorks.