Greetings, geeks! I’ve returned with another ranking list, whether you like it or not (said in a non-threatening manner, of course). This is what happens when you have an abundance of time on your hands thanks to a global pandemic.

So, in order to keep those creative juices flowing amid the daily monotony, I decided it was high-time to rank the Doctors of new era Doctor Who. Perhaps someday I’ll work up the courage (and motivation) to rank every Doctor from William Hartnell to Jodie Whittaker, but today is not that day.

Below lies my personal ranking. Reminder that the following is solely my opinion and not that of Sideshow. Peruse at your peril! 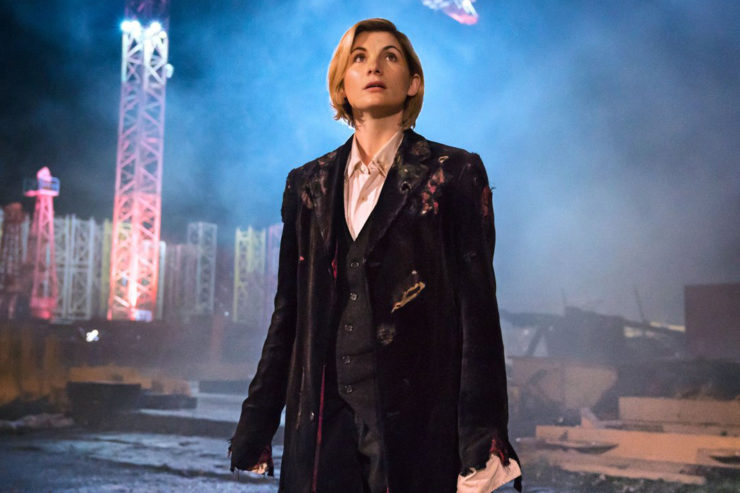 Now, this one was tricky to place. I’m an avid lover of all things Jodie Whittaker. She was brilliant in Broadchurch. However, her run as the 13th Doctor is lukewarm at best. Not to say that her performance is tepid – in fact, she possesses the requisite curiosity, charisma, and eagerness that every Doctor should have. The writing team is doing her a disservice.

The stories are lackluster, making it difficult for her to truly shine. Her Doctor is a combination of Ten’s emphatic, fiery nature and Eleven’s quirky qualities. She had big shoes to fill, especially since she followed a slew of terrific Doctors that preceded her.

Thus, I believe it’s a mix of sub par writing and a Doctor we’ve seen before that’s making Thirteen fall flat for me. In addition, Whittaker’s Doctor would be better suited for Russell T. Davies‘ style or even Steven Moffat. Here’s hoping Season 13 will better showcase Whittaker’s talents and give her Doctor a much-needed boost. 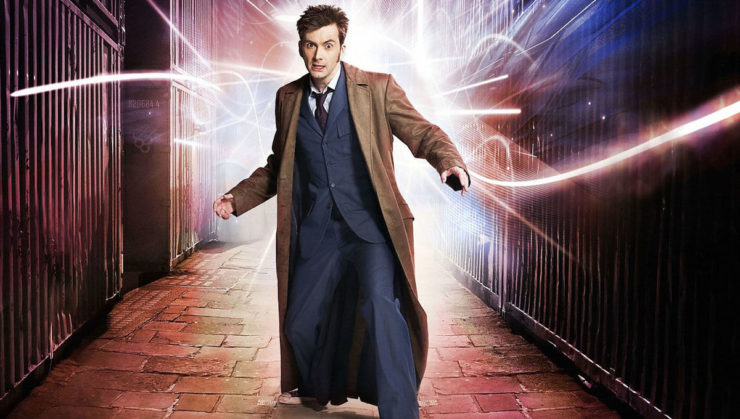 Yes, I know. How dare I place the 10th Doctor (David Tennant) on the lower end of the Doctor Who spectrum? I believe Tennant was my first foray into the world of Time Lords and space monsters.

Initially, I was smitten. Tennant’s vivacious ferocity and seemingly endless amount of energy had me hook, line, and sinker. However, his later episodes were off-putting. For some inexplicable reason, his regeneration was drawn out over a span of roughly five installments. Then, his last line was the final nail in the coffin – “I don’t want to go.” It was akin to a petulant child refusing to brush their teeth before bedtime.

His outbursts and formidable anger grew tiresome after a while. It was as if rage was Ten’s default setting. Of course, Ten had some wonderful moments – all of Season 4 with Donna was absolutely smashing. But, his temperamental nature and refusal to succumb to regeneration was exhausting. 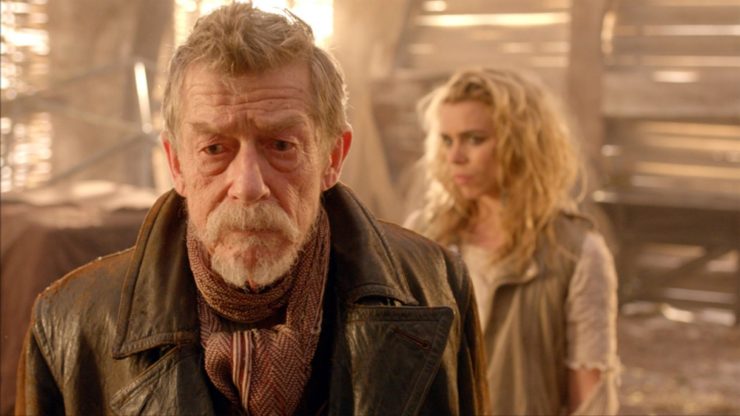 My dear, dear John Hurt. Oh how I miss him. His performance in The Day of the Doctor was top-notch. The War Doctor was a small but significant role in the Doctor Who universe.

He was given one course of action – obliterate Gallifrey and everyone on it to end the Time War against the Daleks. The War Doctor was to use “The Moment,” which appeared to be a button. However, it contained a ghost-like figment that looked identical to Rose Tyler a.k.a. Bad Wolf (Billie Piper).

In the end, The War Doctor salvaged Gallifrey by storing the planet in a pocket universe alongside his 12 other iterations. The War Doctor was unabashedly bold. Now, he didn’t lack fear, but he forged ahead despite said fear. His courageous act saved millions of lives. Not to mention, his self-effacing demeanor, his no-nonsense approach to life, and humility won me over. 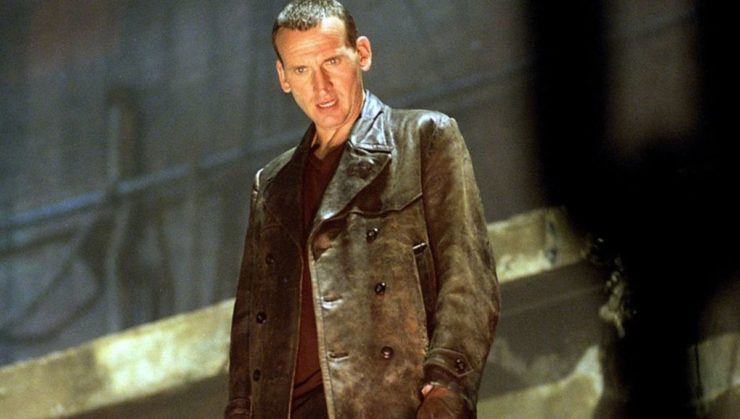 Love me some Christopher Eccleston! I’m sure I’m not alone in wanting more seasons with the 9th Doctor. He was the catalyst for new era Doctor Who‘s immense, skyrocketing popularity.

To me, Nine was a mess of complexities – he was essentially emerging from the Time War, under the impression he’d completely decimated his own home world. So, mix in PTSD with inner turmoil and a zest for adventure and you’ve got the 9th Doctor in a nutshell.

Even though he endured the horrors of war, the Doctor still longed to help others. He fought tooth and nail to save the universe and then some. Plus, I adored his chemistry with Rose. Sadly, we only had one season with Eccleston. We want more (somehow)! 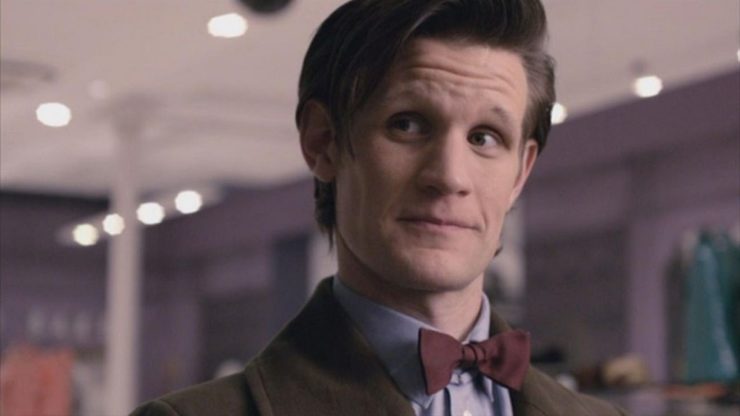 Matt Smith‘s 11th Doctor initially didn’t sit well with me. I’m not sure why. It took a re-watch of his seasons to truly appreciate Eleven for who he was – a quirky old man with unquenchable curiosity. Now, he’s easily one of my favorites.

In spite of Smith’s youthful appearance, he managed to make me believe he truly was a 1,000+ year old alien with two hearts. He harbored an old-soul mentality coupled with enthusiasm for humanity. His overflowing optimism was contagious.

If I ever fell down a dark, depressive chasm, I could always count on Eleven to pull me back into the light. “I am and always will be an optimist. The hoper of far-flung hopes and the dreamer of improbable dreams,” is my favorite Doctor Who quote to this day. 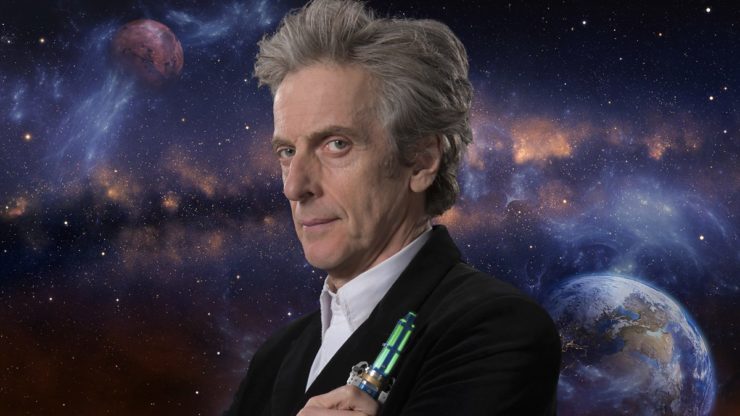 Now, folks, here he is! My coveted top spot goes to none other than the 12th Doctor (Peter Capaldi). I instantly fell in love with Twelve during the brief glimpse we had of him in Smith’s farewell episode. To me, he’s the most “alien-like” of the new-era bunch.

In his first outing, he appeared to carry a disdain for humans. But, later we saw he was merely a curmudgeon with a heart of gold lingering beneath the surface. To me, Twelve was most reminiscent of the old-school Doctors. Fun fact: Capaldi was also the oldest actor (Hurt aside) to play the Doctor upon snagging the role.

Twelve had a quiet, simmering anger that was far more deadly than Ten’s blatant rampages. You wholeheartedly believed he could take on an army of Daleks solo and rise victorious. On the flip side, Twelve also showcased a raw vulnerability and an obvious affection for his companions.

Capaldi is, without a doubt, one of the most underrated actors of our time. His performance in “Heaven Sent” is nothing short of visceral, gut-punching brilliance. Twelve was passion personified and immensely prolific. His monologue in “The Doctor Falls” is chill-inducing and most certainly emotional. Twelve’s mantra of “just be kind” is a perfect summation of who he was.

Well, that’s all I wrote! How would you rank the new era Doctors of Doctor Who? Sound off in the comments below!