There’s a big buffet of choices for those of us who crave sci-fi cinema. We geeks can rest assured that if we’re ever bored, something we’ve never seen before is widely available for us to rent or stream.

But whatever the movie industry cooks up in the future, there’s just no way it can replace the classics – that’s why remakes and reboots are so common in modern cinema.

They exist for every time period, every decade – movies that will never lose their relevance or their entertainment value. This article will explore the best sci-fi movies in film history, starting with the classics from the 1930s through the 1950s. 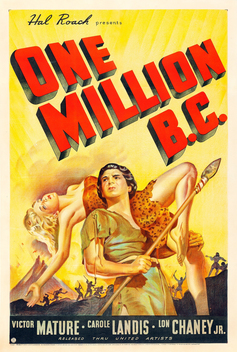 One Million B.C. can be considered a classic, but it can also be considered stupid fun. Just a good old fashioned B-movie with laughable silliness – but hey, the special effects are good for its time.

Here’s the story: A group of hikers encounter a scientist reading cave paintings that reveal the history of an ancient civilization that coexisted with dinosaurs. Obviously, this never happened in reality, but the early 20th century was full of movies showing cavemen living with/fighting against dinosaurs ala The Flintstones.

These dinosaurs look pretty great for 1940, enough for the film to have been nominated for an Academy Award. Most of them were portrayed by lizards and other animals dressed up with fins and spikes, which is surprisingly entertaining (if a little cruel).

In 1954, Them! was released by Warner Bros. Directed by Gordon Douglas, it centered around a scientists and soldiers fighting to survive in a world teeming with gigantic ants. These ants were mutated by nuclear weapons, and they threaten to replace humankind as the dominant species.

For a 1950’s film, it’s surprisingly scary. The little girl in the film’s beginning who barely managed to escape the ants’ rampage is pretty convincing as a child who has lost everything and is now emotionally scarred by extreme horror.

Like most other classic sci-fi pictures, the special effects of Them! are key to its appeal. 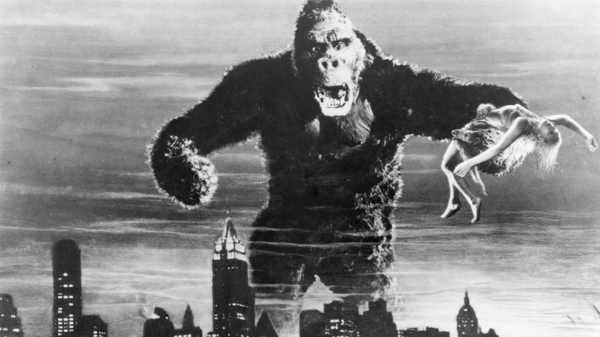 We all know the story, as it’s been retold over and over again through the decades. A film crew finds a creepy island to shoot a movie, only to find a tribe of humans surviving among prehistoric dinosaurs. The king of these ancient beasts is Kong, an ancient gorilla with limbs full of muscles and a mouth full of fangs. He is very attracted to Ann Darrow, an actress with the film group. This may be the freakiest thing about the original Kong, and though Peter Jackson’s remake tried to make us sympathize with the beast’s love for Ann, the original kept it scary the whole way through.

By far the best aspect of the picture is the special effects. Though Ray Harryhausen and other stop motion animators would go on to use more advanced techniques in the future, it was Willis O’Brien who truly pioneered the art of animating highly detailed monster models. The fact is, judged on the detail and the ferocity of the motions, Kong and his dinosaur co-inhabitants were the most important monsters in special effects history.

After King Kong, giant monsters became more prevalent in cinema. There had always been 20 foot dinosaurs on the screen, but the trend after the 30s was to make them bigger, meaner, and crazier looking.

Enter Gojira of 1954. Similar to the American Beast from 20,000 Fathoms, Gojira was a prehistoric monster awakened by nuclear weapons. Gojira, however, was different. It was a serious movie about the horrors of atomic weapons. Suffering and destruction is put on full display, and the interpersonal dynamics between the human characters is much more emotional and believable than what was seen in Kong and Beast.

Though Kong is a cultural figure in his own right, Godzilla is obviously the true king. The first film spawned over 30 sequels, and they are still being made to this day. Compare that with Kong’s count of 8 live-action movies.

What made this radiation-spewing behemoth so successful? It’s probably a mix of the franchise’s creative monster designs and the serious anti-nuclear tone of the first movie. And yes, Gojira was the first and the best Godzilla film, but the re-edited American version starring Raymond Burr was probably more responsible for the franchise’s international popularity. Partly an allegory for the story of Christ, and partly a commentary on the futility of war, The Day the Earth Stood Still is considered to be one of the greatest sci-fi flicks of all time.

In a time when the threat of international conflict was heightened by suspicion and mistrust, a flying saucer arrives in Washington. A wise humanoid alien named Klaatu rises from the craft and is attacked by soldiers. He later escapes from a hospital and then blends in with humanity.

Klaatu is eventually found out, and he then delivers a message to mankind. Feeling genuine concern for the people of Earth, he warns the nations of humanity to stop with their petty disagreements and implores them to come together in peace. Otherwise, Earth will be destroyed.

The story, in a word, is perfect. Though similar to other flying saucer movies, The Day the Earth Stood Still overflows with intelligent themes and sharp dialogue. The warning against international conflict is stern, and it is just as poignant today as it was in the 50s, a time when the world was just as suspicious, argumentative, and divided as the people of the present. While The Day the Earth Stood Still was a thought provoking warning cloaked in a metaphor, the original The War of the Worlds movie was action/adventure at its very best. Based on H.G. Wells’ classic novel, the film is about a massive war on earth between man and Martian – and guess who’s winning?

The Martians arrive in their war machines, decimating all in their path and leaving behind few survivors. While the novel was set in 19th century Europe, the film centered on the action in America. Scientists and soldiers do all that they can to combat the invasion, but it’s all for nought – the Martians are simply too strong to be defeated. But like Goliath against David, the invaders fell to the smallest and most unlikely of heroes – Earth’s natural bacteria.

This entry boasts some of the best special effects of all time. The Martians’ machines are beautifully rendered with giant, hovering props emitting a sinister green glow. At first glance, they seem to be portrayed much differently than the ones in the original novel, which were gargantuan tripods with stilt like legs. But the machines in the film are tripods as well – they simply walk on invisible legs of energy.

This was obviously a convenient plot device decided upon when the filmmakers couldn’t actually make convincing three-legged robots, but the designs are still wonderful.

The aliens themselves are also great. Their faces feature three glowing eyes that sort of look like bright candy, another departure from the novel with surprisingly pleasant results. 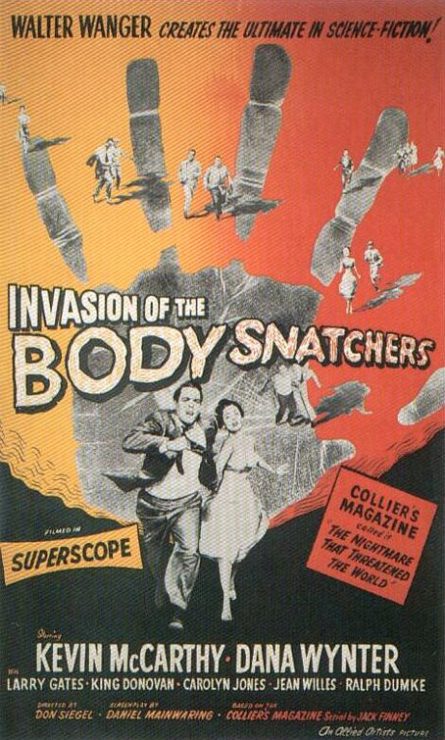 Invasion of the Body Snatchers is similar to Day the Earth Stood Still in many respects. Both films are black and white classics, both were made in the 50s, and both were centered around aliens. The greatest similarity is the story’s rampant paranoia that echoed the actual feelings of the post WWII generation – but Body Snatchers takes it way further, and with a much less positive message.

Alien pod plants have landed on Earth, and they are replacing every human with a convincing facsimile. It seems that nothing can stop them, and the third act features a terrifying scene in which the main character runs for his life from the alien copies. He reaches a highway and screams a warning to those who are still human.

His friends and his girlfriend had all been replaced by then, and it really gives the movie a dismal tone chock full of nihilism and futility. And the remakes are even freakier, especially the 1978 version.

What is your favorite sci-fi film from the 1930s-50s? What sci-fi films do you hope to see in a future article