Throughout the history of Star Wars™, companies like Marvel and Dark Horse have created comics that explored and expanded the Star Wars universe. But there was always some question as to whether those comics were a true part of Star Wars story or simply legends based on those characters.

Since Disney’s acquisition of both Marvel and Lucasfilm, the answer is clear: Marvel’s recent Star Wars comics are now considered to be an integral part of the wider Star Wars canon. We’ve even seen the crossover of characters original to the comics, such as Black Krrsantan, into live-action shows like The Book of Boba Fett. For seven years now, Marvel has been cranking out titles that delve into unexplored areas of the Star Wars universe.

Now that Disney is bringing all of its Star Wars output into closer continuity, it only seems right to explore the idea of turning some of these comics into full-on blockbuster films or TV series. Here are our picks, from Darth Vader™ to Doctor Aphra™. 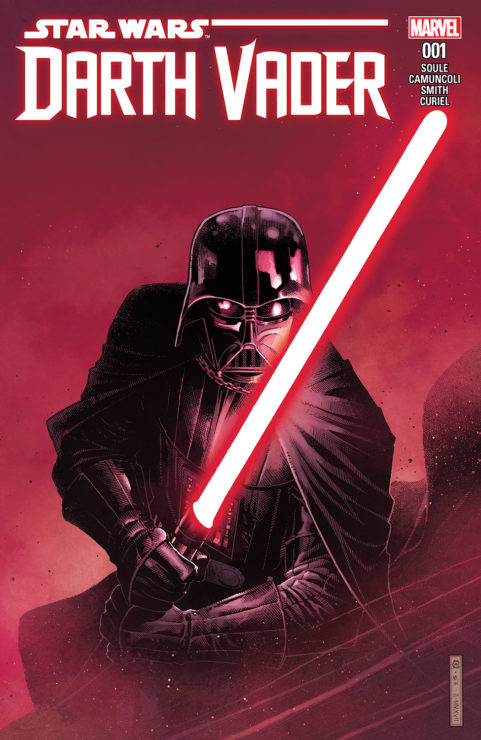 Picking up from one of the most tragic moments in Anakin Skywalker’s™ life, the story of Darth Vader: Dark Lord of the Sith™ begins right after the credits roll in of Star Wars: Revenge of the Sith™. Accepting what his life has become takes time, and the series explores Vader’s journey as he comes to fully embrace the dark side of not just the Force but of his own nature as well.

For fans who loved every minute of Vader’s appearance on Star Wars: Obi-Wan Kenobi™ and want to see more of the Sith Lord™, following the exploits of Darth Vader in this series gives them a chance to see just how frightening the dark side can be. It could even serve as a spin off to Obi-Wan Kenobi, since audiences would learn how the deadly Inquisitors came to be and witness the duplicitous machinations of Emperor Palpatine™ and the mysterious Sith Lord Momin™.

This is a comic book tale that feels like it was made for the big screen. Because these stories delve so deeply into Star Wars lore and give fans a peek into the inner motivations of Lord Vader himself, there’s a lot of potential to turn these comics into a blockbuster movie or hit show. 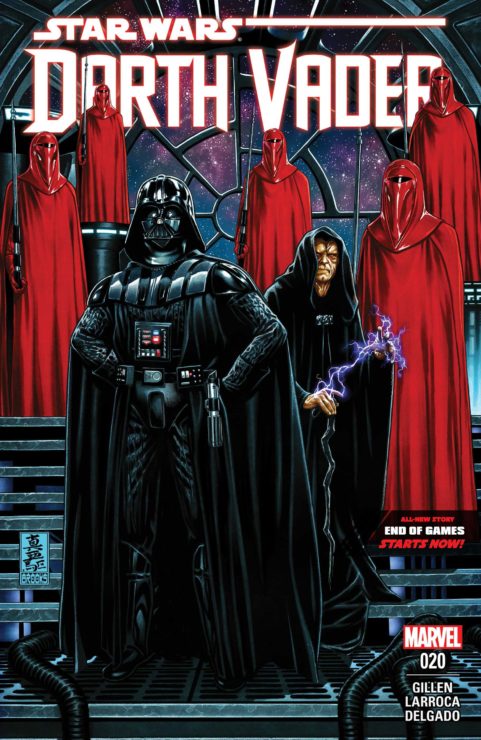 We’re not done with Vader yet, and neither is the Emperor. Picking up after the original Star Wars movie, this comic series explores the aftermath of the Rebel victory and what that means for Lord Vader. After the destruction of the Death Star™, Emperor Palpatine is seriously starting to reconsider his choice of apprentice — and he has a whole roster of alternates waiting in the wings.

The series follows Vader as he mercilessly confronts his would-be replacements and makes plans of his own for the future of the Empire. This series would also introduce the quick-witted fan favorite Doctor Aphra™ and her malicious droid companions BT-1™ and Triple-Zero™ to a wider audience.

As a story that takes place during a time period in Star Wars history that everyone loves, turning this comic book series onto the screen seems like an easy choice. 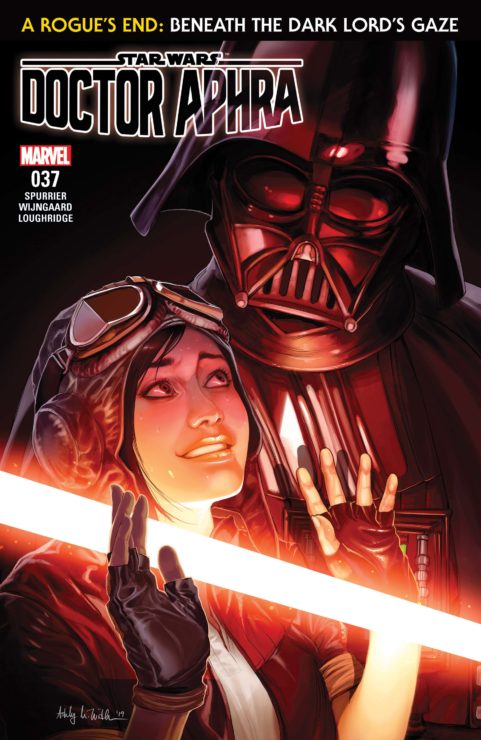 Once audiences are introduced to Doctor Aphra in the Vader series, they’ll be eager to see more of the fearless archaeologist and her deadly droids.

The long-running Doctor Aphra™ comic book series covers a lot of ground in the Star Wars mythos and shows more of the diversity of the Star Wars universe. Partnering with both Darth Vader and Luke Skywalker™ on her many adventures, Doctor Aphra is one who has been known to regularly walk on both sides of the fence.

Of all of the recent Star Wars characters, Doctor Aphra is easily one of the best developed — and the most unpredictable. She makes a great entry point for people who are new to Star Wars, while established fans can follow Doctor Aphra as they learn about her background and her place in the grand scheme of things.

Through her adventures, they’ll come across ancient Jedi™ artifacts and meet the rogues, scoundrels, and bounty hunters who inhabit the galaxy. As a series that expands the Star Wars story and takes it into new and interesting areas, Doctor Aphra would make a great addition to the live-action canon. 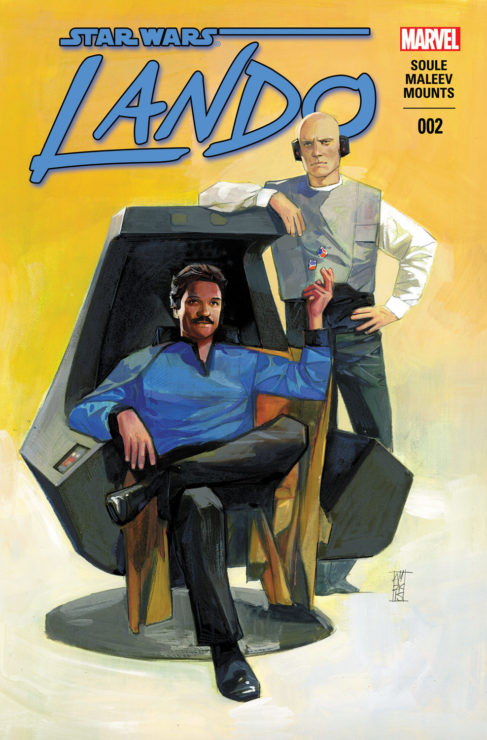 It takes a lot of confidence and criminal know-how to steal the Emperor’s personal ship, but if anyone can do it, Lando Calrissian™ can. He’s a gambler, a scoundrel, and a charming smooth talker who makes his way through the galaxy by staying one step ahead of both the Empire and his rivals.

The Lando™ series follows Lando, Lobot™, and the rest of his crew as they devise a plan to swipe Emperor Palpatine’s ship and deal with the consequences. Even though Billy Dee Williams has aged out of the role, Donald Glover has proven to be more than a suitable replacement for continuing Lando’s adventures. This series would make a great heist film and companion to Solo: A Star Wars Story. 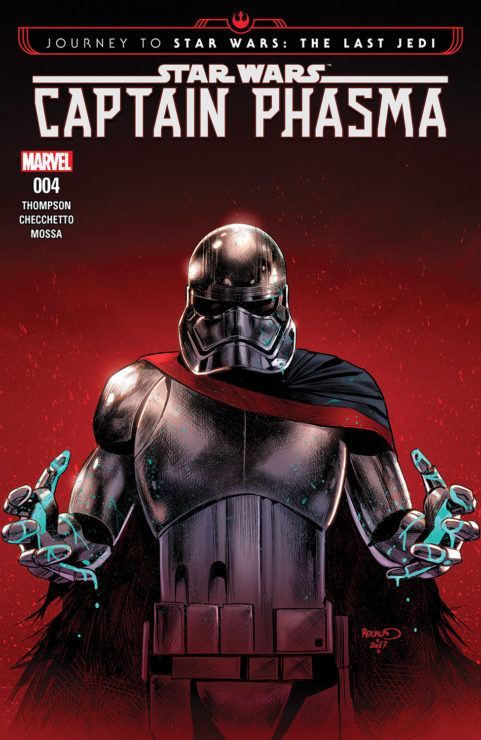 It’s safe to say that Captain Phasma™ has so far failed to live up to the hype that surrounded the character prior to the release of the sequel movies. Due to Phasma’s minor presence in The Force Awakens™ and The Last Jedi™, fans never received much of an explanation as to why Phasma was considered to be such a heavyweight in the First Order.

Even so, Captain Phasma has a lot of promise, and there would be no better way to redeem the character than to bring the Captain Phasma comic series to life and show Star Wars fans why she is, indeed, such an imposing figure. The series follows Captain Phasma as she ruthlessly tracks down someone to serve as her alibi for disabling the shield at Starkiller Base™ and allowing the Resistance to prevail.

Not only would a Captain Phasma film help to flesh out the world of the sequels, but it would finally give the character the gravitas she deserves. 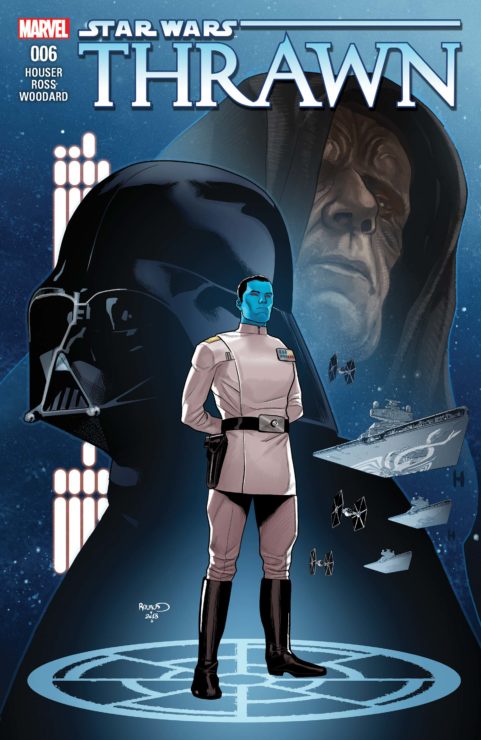 Thrawn is possibly the most popular Star Wars character who has never appeared in live action. A member of a race of people from the Unknown Regions called the Chiss™, Thrawn is something of an enigma within the Empire. He’s a military genius and the only non-human to hold any form of power in the Empire. His ability to outwit his opponents has stopped the Rebels in their tracks many times, earning him favor with the Emperor.

While the cunning Imperial strategist has been a favorite with hardcore Star Wars fans for decades, he’s not as well known to casual fans as he should be. A Thrawn project that followed his story could delve deeply into the inner workings of the Empire, giving fans an up-close view of Imperial politics and show how Vader, the Emperor, and the Imperial leadership works behind the scenes to crush their Rebel adversaries — and each other.

Full of interstellar battles and political intrigue, a Thrawn movie or show would follow the Chiss warrior as he climbed the ranks to Imperial greatness. Hints of his presence were given in season 2 of Star Wars: Rebels™ but until an official appearance, wait we must.

Many of the comic books set in the Star Wars universe have the potential to jump from page to screen because of their complex characters and their potential to enrich and diversify existing storylines.

Which Star Wars comics would you like to see as movies or TV shows? Keep the conversation going over at side.show/geekgroup, and don’t forget to Let Your Geek Sideshow!

The Best Quotes from Thor: Love and Thunder