This week’s unsung hero is DC’s Mistress of Mysticism and queen of the backwards word, Zatanna!

Zatanna Zatara is the daughter of John Zatara, the Golden Age wizard, stage magician, and superhero. After Zatanna’s mother, a powerful sorceress named Sindella, disappeared without a trace, John raised the girl on his own, teaching her the ways of the mystic arts as well as the craft of stage illusions, showmanship, and advanced practical magic. Before too long, Zatanna was following in her father’s footsteps, both as a performer and as a hero.

She made her first appearance in Hawkman #4 (1964), where we learn she is on a quest to find her famous father who has mysteriously disappeared.  With the help of Hawkman and the rest of the Justice League, Zatanna is able to break the spell that was keeping her father trapped.

Recognizing her skills and her heroic drive, eventually the Justice League inducted her as a full member of the team. Her skill set and knowledge when it came to magic was second to none and made her the go-to teammate whenever something occult or out of the ordinary popped up.

Sadly, after the tragic death of her father, Zatanna retired from being a full-time Justice League member and is instead focused on forging her own path.  She travels the globe performing in her renowned stage show while also fighting to maintain the delicate balance between chaos and order within the supernatural community of the DC Universe. 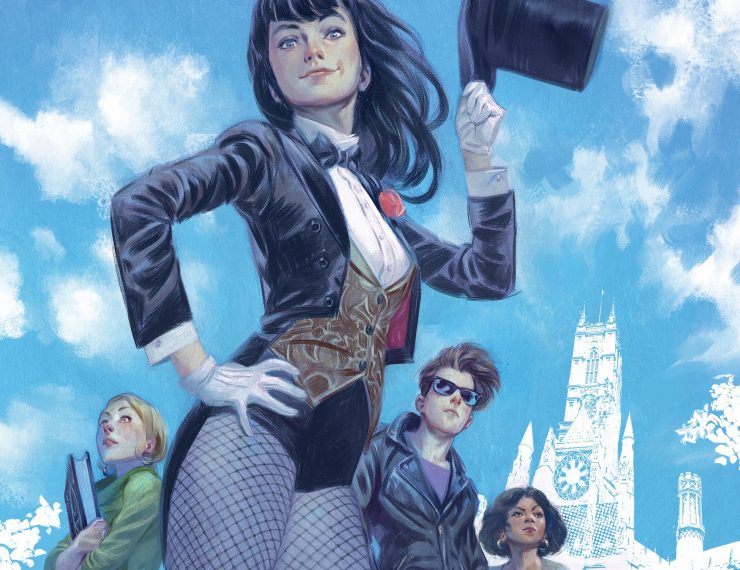 Zatanna’s main superpower is her innate magical ability. The daughter of a human sorcerer and a Homo Magi sorceress, you could say that magic is just in her blood. One of the Sentinels of Magic, Zatanna is capable of performing simple magical feats with just the wave of her hand, but she is most famous for her vocal incantations.

In an ode to her father, to cast her most potent spells, the Mistress of Magic calls forth her mystical powers by speaking the incantations backwards. For example, if she wanted to turn you into a frog, the spell she would speak is “Emoceb A Gorf!”

Besides her natural magical abilities, Zatanna has also trained her entire life in the arts of stagecraft, illusion, sleight of hand, and escapism. It’s little wonder why she is considered to be the best magician in the world. Her stage shows are something special to behold, but they are mostly all trained, practical magic effects and tricks. She only tosses in a bit of real magic from time to time to get that little extra oomph of a reaction from her audience.

Zatanna’s first appearance outside of the comics page was an episode of Batman: The Animated Series. The 1993 episode (aptly named Zatanna), debuted the heroine to a whole new generation of fans, but it did make a few changes to the character. Most notably, while Zatanna is still a skilled stage magician, she does not appear to have any real magical ability. Also missing? Her trademark fishnet stockings! 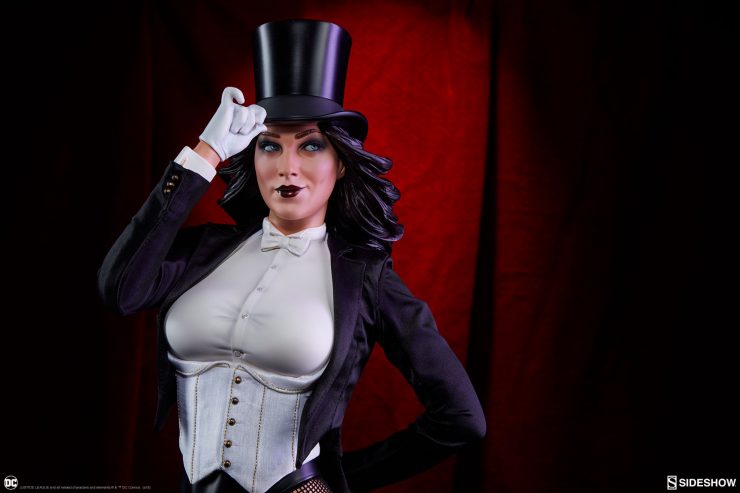 If you are looking for the past adventures of DC’s first lady of magic, there is a fantastic trade paperback that collects her entire 2010/2011 self-titled series by Paul Dini (with the assist of a variety of awesome artists), as well as his stellar 2003 Vertigo one-shot Everyday Magic. There are also a few bonus comics included by Adam Beechen, Matthew Sturges, and Derek Fridolfs for good measure.

Zatanna has also made appearances in Justice League Unlimited, Smallville, Young Justice, and many other DC television shows, video games, and properties. She even had a starring role in the 2017 animated feature film, Justice League Dark (I’m sensing a theme here…).

Think Zatanna needs her time on the silver screen?  We agree!  Check out our blog about 5 DC Super Heroines Who Deserve Their Own Movies!