The Star Wars universe is well known for its brave but flawed heroes, tormented villains, and exotic aliens; but in many of the Star Wars movies, TV series, and comic books, droids are a main part of the action.

Not simply mindless automatons, the droids of Star Wars serve as helpers, translators, companions, and much more. With their distinct and complex personalities, the droids in the series often have just as much to say as their biological counterparts. Often adding a bit of comic relief to the proceedings, these robotic cast members have made a lasting impact on fans for decades.

Here are some of the most memorable droids of Star Wars: 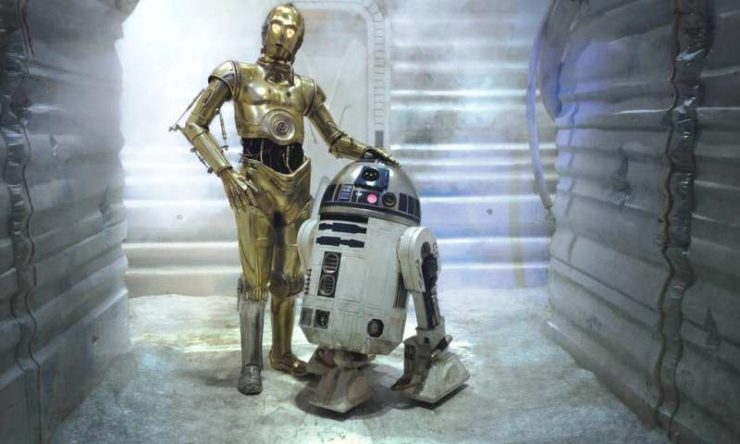 These are the originals, the first two droids that the audience encounters in the Star Wars movies. R2-D2 and C-3PO set the action in motion, and they have played a major role in the series ever since. C-3PO was originally created by none other than Anakin Skywalker, long before he became a Jedi. As a protocol droid, C-3PO has offered a comedically cautious approach through many adventures and has managed to keep his eternal companion, R2-D2, in line.

Having a more regal bearing, R2-D2 started off in the service of Queen Amidala. This tiny astromech droid is daring and feisty, and he has a way of getting himself into sticky situations. Together, these two droids make the perfect pair. Present in nearly all of the Star Wars movies, they have had a front row seat to all of the action and have changed the fate of the galaxy on more than one occasion. 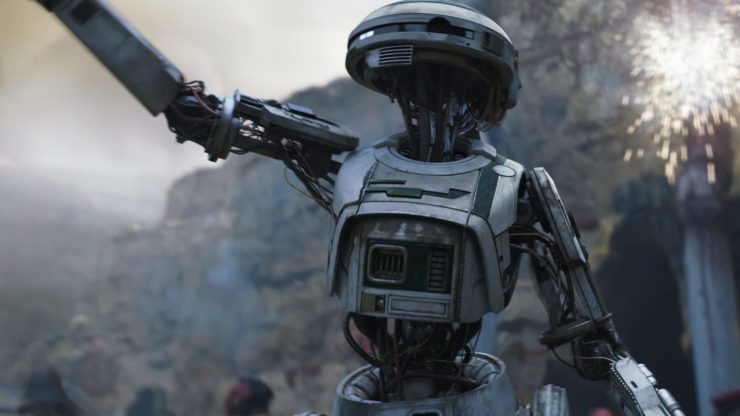 As surprising as it may sound, L3-37 has been around in the Star Wars universe much longer than many would imagine. L3-37 was completely self-made, constructing herself from the spare parts of other defunct droids. As a pilot droid, navigator, and companion to Lando Calrissian aboard the Millennium Falcon, L3-37 was no stranger to controversy.

Being self-constructed gave L3-37 a real independent streak, and she became an avid droid rights proponent who fought to liberate droids from their servitude. After being shot and rendered nearly inoperable, L3-37 merged her programming with the programming of the Millennium Falcon, giving new meaning to the ship’s temperamental nature.

One of the newest additions to the Star Wars story, BB-8 is as loyal as he is helpful. Accompanying the Resistance pilot Poe Dameron on his many missions throughout the galaxy, BB-8 is a an astromech droid that has seen a lot in his short career.

So far, BB-8 has helped the Resistance to destroy Starkiller Base, helped to locate the missing Jedi mystic Luke Skywalker, and he has even been along for the ride as the Resistance went up against the forces of the First Order’s Supreme Leader, Kylo Ren. As a part time aide to Rey, Finn, and the Resistance spy Kazuda Xiono, it’s clear that things are just getting started for BB-8. 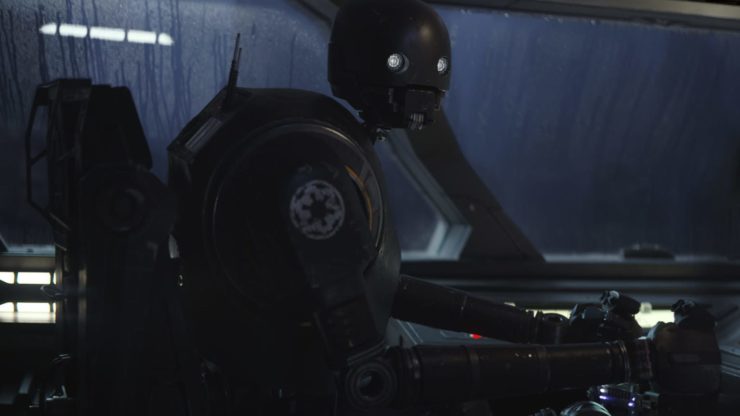 Brutally honest and something of a pessimist, K-2SO was an Imperial security droid that was reprogrammed to assist the Rebel cause. A constant companion to the Rebel leader Cassian Andor, K-2SO operated as both a co-pilot and a security guard.

As the Rebel Alliance was getting into full swing, K-2SO was sent on a mission to assist Cassian Andor and Jyn Erso in their search for information on the Death Star. In the monumental Rebel assault that occurred on the planet Scarif, K-2SO ultimately sacrificed himself, allowing the Rebels to transmit the Death Star plans that would later lead the Rebellion to victory. 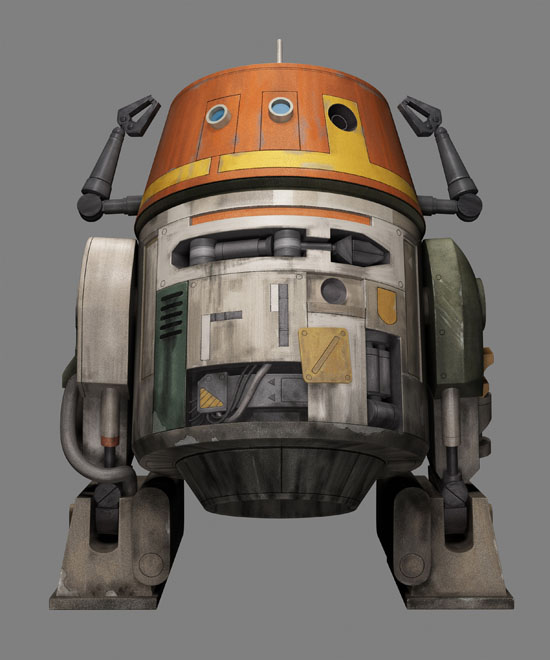 Affectionately referred to as “Chopper,” this brash astromech droid was an integral member of the Spectres, a group of Rebels who fought against the Empire on and around the planet Lothal. Like an old curmudgeon, Chopper helped to keep their ship, the Ghost, in running order. More than just a mechanic, Chopper was also a veteran of the Clone Wars, serving the Republic Navy in many battles.

As the Empire came to prominence, Chopper often participated on missions with the Spectres alongside the Jedi warriors Kanan Jarrus and Ezra Bridger, the Mandalorian Sabine Wren, the top Twi’lek pilot Hera Syndulla, and the fierce Lasat Zeb Orrelios. Chopper’s stubborn nature and adversarial relationship with fellow crew members was all a part of his charm, and his efforts helped to keep the Spectres one step ahead of the Imperial mastermind, Grand Admiral Thrawn, as he pursued the Rebel group. 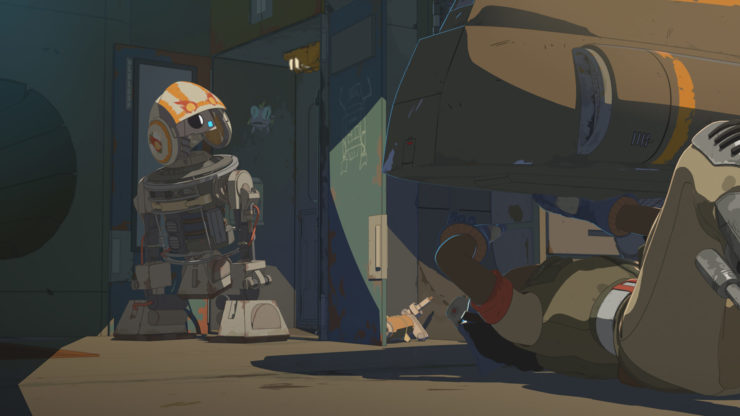 Also known as “Bucket,” this astromech droid is a member of Team Fireball, a racing team that operates on the refueling station called the Colossus. Formerly the copilot for top racer Jarek Yeager, Bucket now helps out on the Colossus, repairing ships as they prepare to take on elaborate, aerodynamic racing challenges.

Outdated and seemingly on his last legs, Bucket has proven to be a reliable ally to members of the Resistance. Wearing his signature pilot’s helmet, Bucket has worked with Poe Dameron and Kazuda Xiono to save the day on more than one occasion. Bucket’s adventures are ongoing, as the First Order remains in hot pursuit of his friends on the Colossus in an effort to eliminate the Resistance.

Not all droids in the Star Wars universe are helpful or friendly, and some of them are just downright mean. In fact, two of the most notorious bounty hunters in the galaxy happen to be the droids IG-88 and 4-LOM. The fearsome IG-88 is an assassin droid with defective programming. Having gone rogue shortly after activation, IG-88 used his technological advantages to become one of the top bounty hunters in the galaxy.

4-LOM, on the other hand, was designed to be a protocol droid; but a programming glitch allowed him to override his intended purpose and pursue a criminal path. He eventually settled on becoming a bounty hunter and became one of the best in the galaxy. Both droids have been so effective as bounty hunters that they, along with Boba Fett, Dengar, Bossk, and Zuckuss, were summoned by Darth Vader to hunt down the Rebel leader Han Solo. These droids aren’t seen on screen as frequently as some of the other droids on this list, but they remain fan favorites regardless. 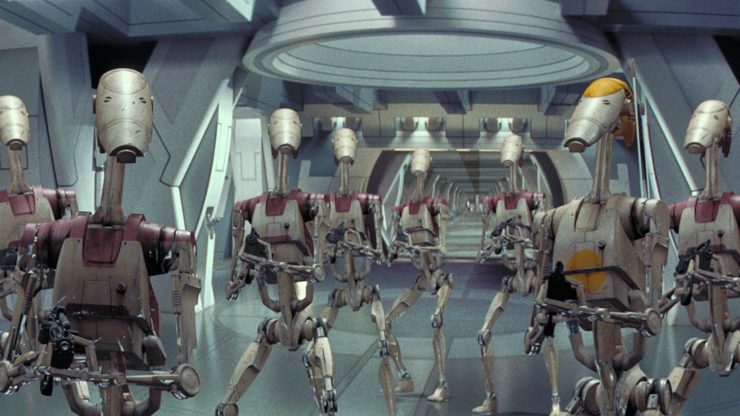 The prequels didn’t just introduce new characters like Qui-Gon Jinn and Darth Maul to audiences; they also introduced the machines that served as the military backbone for the Separatist Droid Army. These droids were not much of a threat in small numbers, but they worked in large groups to take on the Republic during the Clone Wars, firing at Republic troops with deadly accuracy.

Manufactured on the cheap and with a limited programming, these droids were often bumbling, inept, and full of complaints. With their memorable command acknowledgement, “Roger-Roger,” these droids offered comic relief during intense on-screen battles and made a lasting impression on prequel fans. 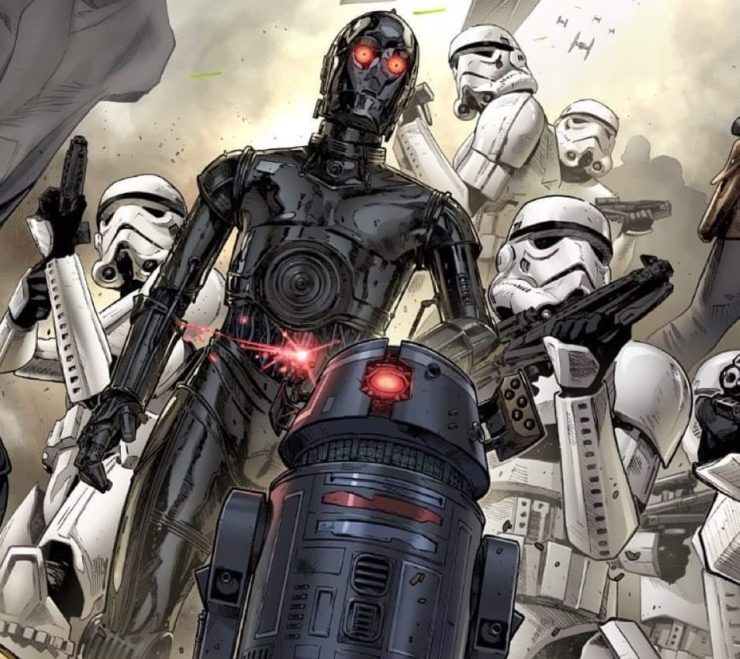 They resemble another famous pair of Star Wars droids, but BT-1 and 0-0-0 are not wired the same way. To call these droids aggressive or even hostile would be an understatement. BT-1 looks like a standard astromech droid, but he is actually an assassin droid bent on destroying anything that gets in his way. His counterpart, 0-0-0, also looks like a standard protocol droid, but 0-0-0- is programmed to specialize in both protocol and torture.

Answering only to the commands of the fearless Doctor Aphra and the fearsome Darth Vader, these droids have made a name for themselves as a dangerous pair. Things went about as well as could be expected when they eventually encountered their Rebel counterparts, R2-D2 and C-3PO. R2-D2 fled the scene after putting up a noble fight, and C-3PO wound up missing both of his arms. The pair now accompanies Doctor Aphra on her continuing adventures.

No matter where you look in the Star Wars universe, droids play an important role. Some have altered the course of events of the rebellion and helped to restore peace and order, while others have made a way for themselves on their own terms. Either way, the droids keep things exciting and upbeat for both Star Wars fans and the brave adventurers in a galaxy far, far away.

Do you have a favorite droid from the Star Wars movies, TV shows, or comics? Let us know in the comments below!