Holy Holiday Gift Guide, Batman! When it comes to fighting crime and thwarting super-villains, few are more skilled than the World’s Greatest Detective.

This holiday season, arm your DC Comics display with these Batman action figures — any evildoers will second guess their plans when they spot the Caped Crusader among your ranks! 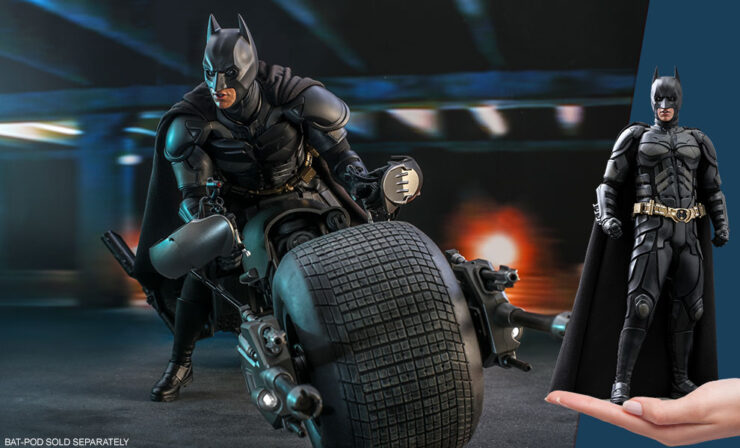 Even when broken in body and spirit, Batman rises above his enemy. This Hot Toys action figure is based on Batman’s appearance in The Dark Knight Rises, the conclusion to Christopher Nolan’s Dark Knight Trilogy. In facing his most treacherous enemies, Batman also learns the value of his closest allies — anyone can be a hero, after all.

The Batman Sixth Scale Figure by Hot Toys features the Dark Knight’s armor in stunningly accurate detail. From the armored Batsuit to his signature grapnel gun and Batarangs, this Batman will defend Gotham until his last breath. Plus, you can pair this Batman action figure with the Bat-Pod or the Batmobile … or both! A quick getaway from Gotham is always needed. 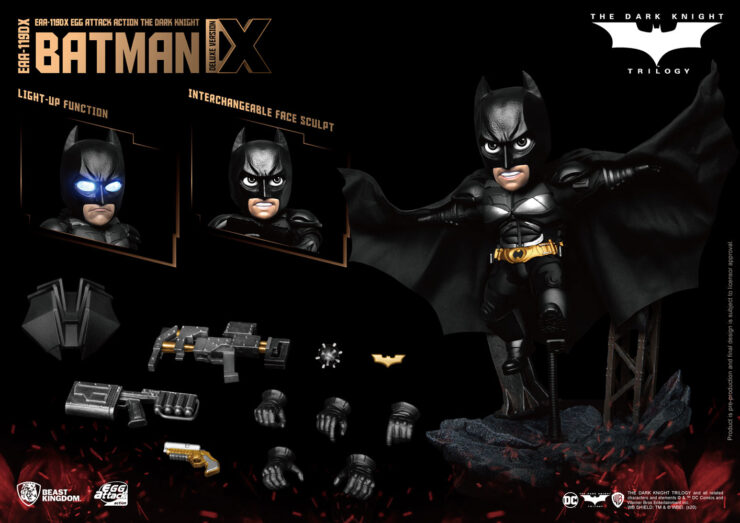 One of the most notable aspects of Batman’s appearance throughout the Dark Knight Trilogy is his impressive technology. The Batsuit is an especially awe-inspiring piece of tech since it allows Batman to fight and solve crime like he’s never done before. 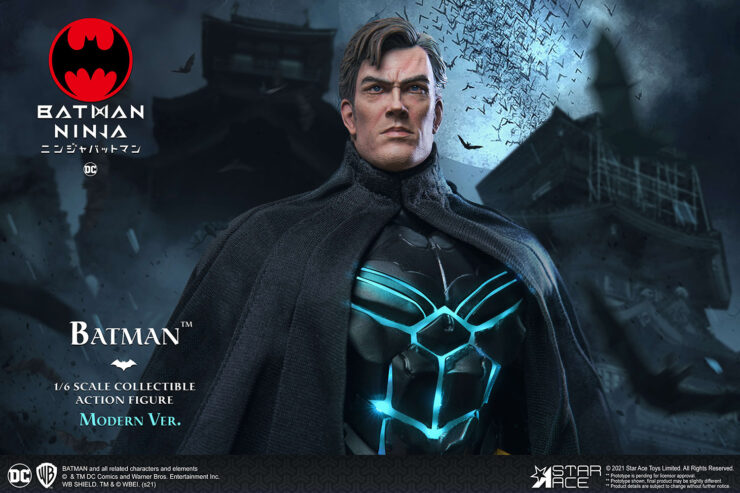 Batman has gone through many evolutions throughout the decades. And every step of the way, his Batsuit is equipped with the latest cutting-edge technology. Just ask his Rogues Gallery! However, could all that tech get in the way of Batman’s core mission?

The Modern Batman (Deluxe Version) Sixth Scale Figure by Star Ace Toys, Ltd. shows off the armor worn by Batman in Batman Ninja before he travels back in time and loses it all. His Batsuit features light-up eyes and armor plus Batman’s signature arsenal of weapons. Enjoy this access to Bruce’s high tech while there’s still time! 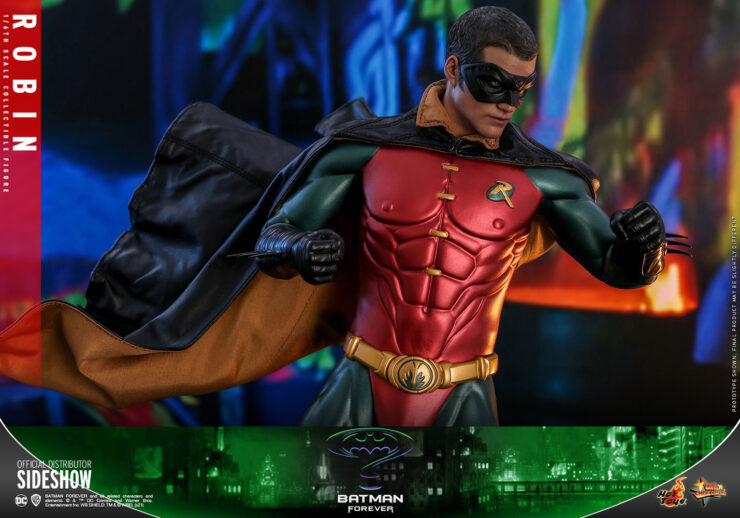 Wherever there’s a Batman, a Robin isn’t far behind! It takes two to Dynamic Duo, and Robin is one of Batman’s greatest allies when dealing with threats from throughout the Multiverse.

The Robin Sixth Scale Figure by Hot Toys showcases Robin’s modern big screen debut in Batman Forever. While the colors of his suit harken back to his comic book beginnings, Dick Grayson is ready to fight alongside his mentor with his sleek new armor. Soar to new heights with this Robin action figure! 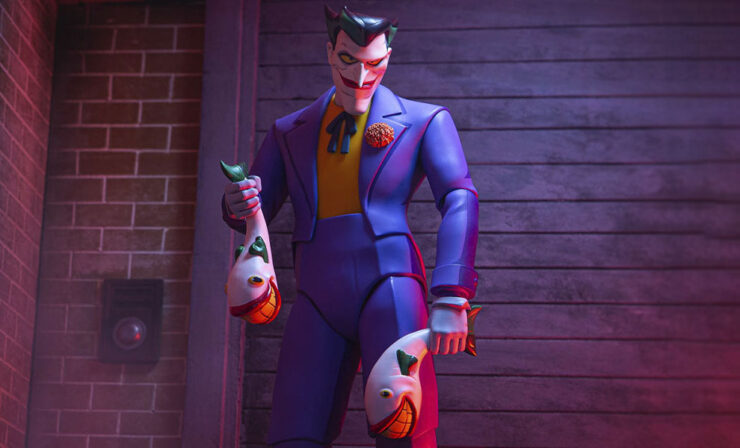 Many of Gotham’s most popular characters received iconic redesigns in Batman: The Animated Series. This animated anthology used a critically acclaimed and fan-loved visual style that is still celebrated today. And of course, any Batman story is incomplete without his foil: The Joker.

A vivid purple and yellow suit, with stark white skin, sickly green hair, and a smirking red mouth bring this Joker Sixth Scale Figure by Mondo to life. If you don’t add this Joker action figure along with Batman, then the joke might just be on you! 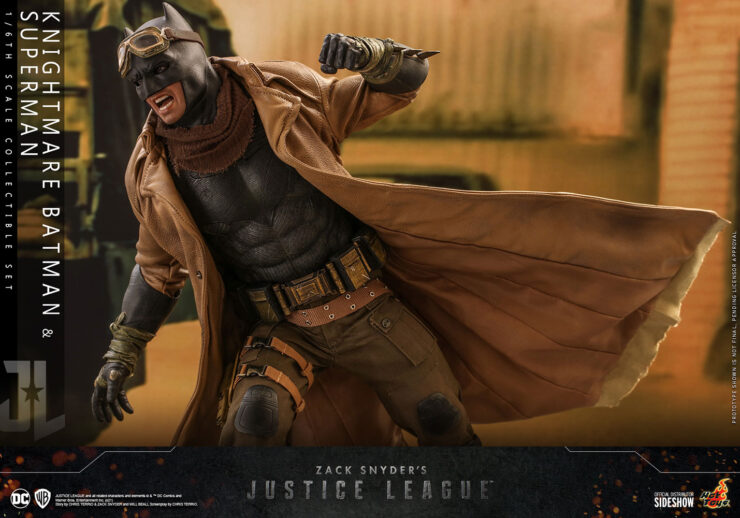 Straight out of Zack Snyder’s Justice League, the Knightmare Batman and Superman Sixth Scale Figure Set by Hot Toys represent a bleak alternate future. Superman has given in to his darker impulses and only Batman can save the world from this Knightmare reality.

In this DC Comics action figure set, Superman is clad in his black suit and equipped with LED light-up eyes, signifying a further change in his once unbreakable morals. Batman wears a post-apocalyptic version of his suit, perfectly battle-damaged to capture this horrific timeline.

Which of these Batman action figures will you be adding to your DC Comics collectibles display? Let us know over at side.show/geekgroup, and don’t forget to Let Your Geek Sideshow!