Kevin Smith’s Mallrats (1995) is, as with many of the View Askewniverse films, a veritable cult classic. This bawdy buddy comedy follows two best friends, T.S. Quint and Brodie Bruce, after they’ve both been dumped by their girlfriends. Distraught, the guys seek comfort at a local mall. 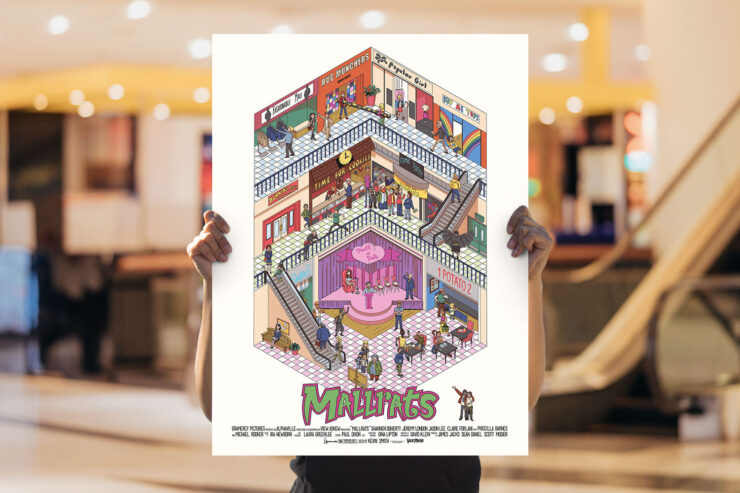 “…that could’ve easily been avoided had some parent — I don’t care which one — but some parent conditioned him to fear and respect that escalator!” 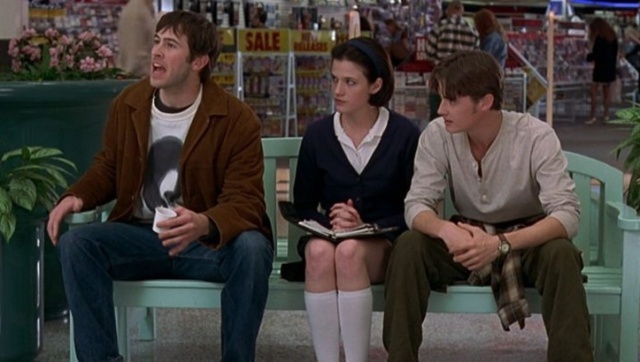 In Mallrats, Brodie has a vendetta against children on escalators. His full rant is passionate, bordering on irrational.

Man, there’s not a year that goes by — not a year — that I don’t read about some escalator accident involving some bastard kid that could’ve been easily avoided had some parent — I don’t care which one — but some parent, conditioned him to fear and respect that escalator.

It’s pretty funny to see a grown man get so very worked up about something so far out of his control. Multiple times throughout the film, Brodie comments on escalator accidents and children. This happens so many times that his best friend even tells him to “leave it alone.” In true Kevin Smith fashion though, this character’s melodramatic monologue hides a deeper, more sensitive emotion. Brodie actually cares about a kid’s safety. But he’s got to make his concern as over-the-top and angry as possible, because he’s emotionally stunted and full of himself, qualities that led to his breakup.

“Can you two testosterone-seething, He-Man comic book fans finish up with this display of tough guy back-and-forth?” 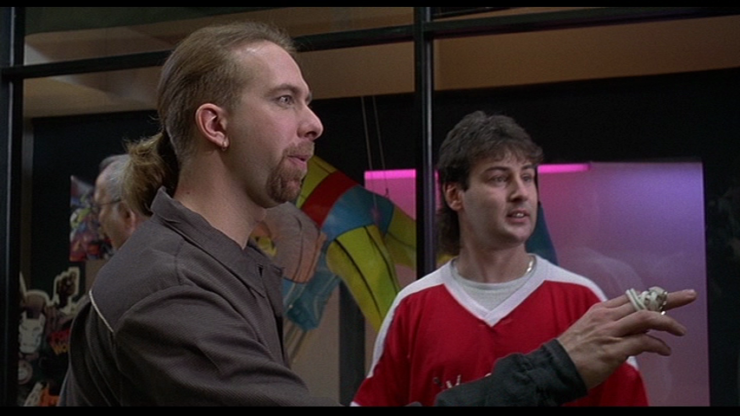 Kevin Smith certainly enjoys exploring the complications and dichotomies of life. In the mall’s comic book shop, we have the clash of the comic book fans. On one side, we have a ponytailed, snarling Steve-Dave who thinks he’s some bodyguard. He’s got his fanboy sidekick with him and, having been warned about Brodie, they try to deny the man entry to his safe haven. On the other side we have an enraged Brodie shouting and making a scene. In the middle is T.S., calmly asking these warring factions to shut it for efficiency’s sake.

“I can’t express myself monosyllabically enough for you to understand…” 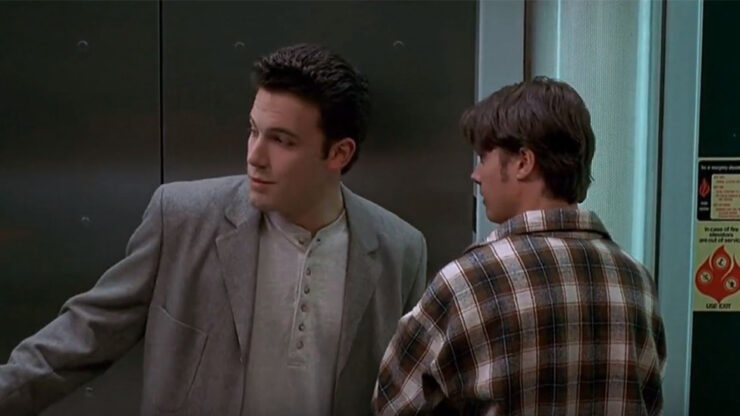 Pretentious, pretty, petty, and empty-headed Shannon is Mallrats‘ primary antagonist. He delights in mocking Brodie and T.S., who he considers the ultimate losers. He’s also trying to hook up with Brodie’s ex-girlfriend, and brags about preying on girls on the rebound whose hearts are too broken to see Shannon’s true nature.

Brodie stands up to Shannon, though. He finds Shannon bullying T.S., and when Shannon asks if Brodie has something to say to him, Brodie responds with the witty quip above. Where Brodie lacks physical strength, he’s confident about his superior intellect. It’s a great comeback, and great for future use if you’re ever faced with a punchable face yet cursed with weak wrists. 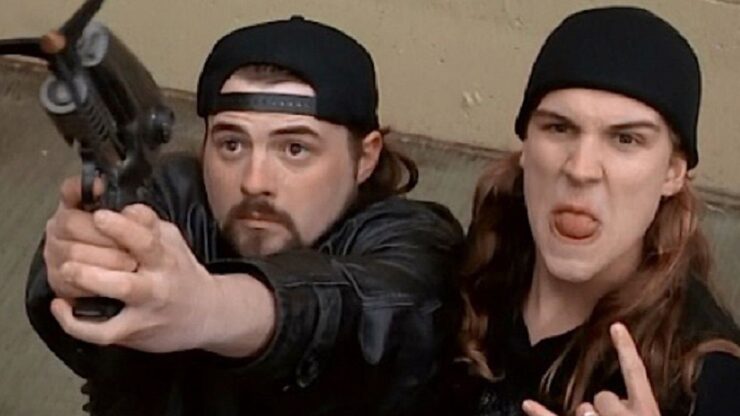 “Snootchie Bootchies” is Jay’s catchphrase. Riddled throughout all Jay’s View Askewniverse appearances, Jay uses these words to soften the blow of a very offensive joke. It’s basically a ‘”just kidding” when he knows he’s gone a little too far, but still doesn’t think the rude comment warrants a real apology. Conversely, he also uses it to enhance the joke, just a good combination of sounds vocalized in his best stoner voice.

Colloquially, snootchie bootchies are also edibles, or a greeting among those who imbibe. Clearly Jay is part of that crowd, and for that and the above reasons, this silly phrase is a permanent piece of his vulgar vocabulary.

“If there’s anybody who can help us, it’s the two guys who have even less to do than us.” 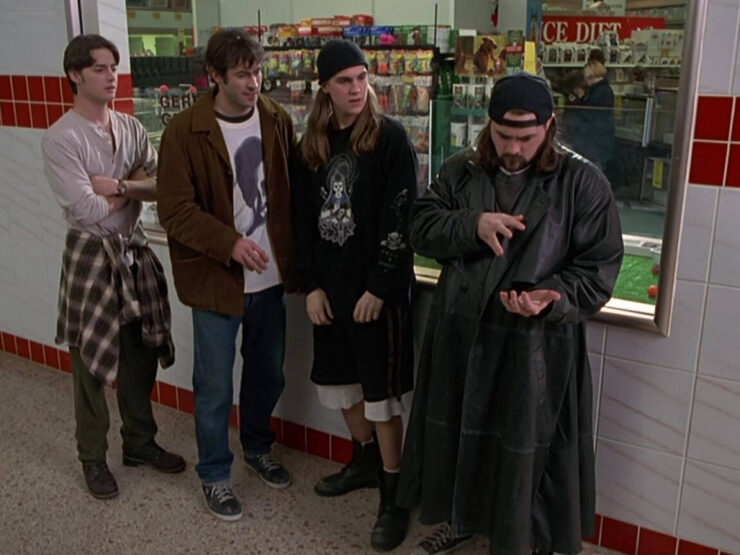 Jay and Silent Bob are the glue that holds View Askewniverse together. They’re famous — or infamous, depending on who you ask — both outside and inside the fictional universe. Their introductions into the movies’ plots or first interactions with the main characters are thus treated with a lot of fanfare.

As pop culture junkies and professional loiterers, Jay and Silent Bob are found in Mallrats wasting their hours and enjoying each other’s company per usual. Silent Bob is attempting a Jedi mind trick from Star Wars. Jay is flabbergasted by his friend’s behavior, bluntly describing it as “crazy” to Brodie and T.S. when they ask what’s going on. Encouraged by Jay and Silent Bob’s apparent free time, they enlist their help in their plot to defeat Brandi’s father Jared, among other villains. 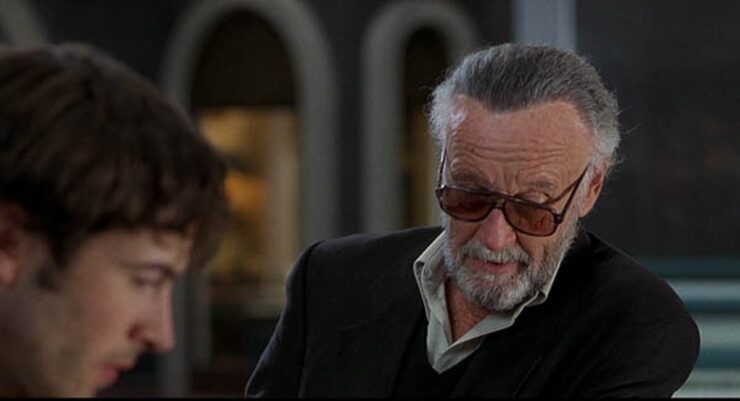 In one of his greatest cameos to date — and that is saying something, considering his record of stealing scenes in Marvel movies — Stan Lee advises Brodie about romance and relationships. Although he brags about his string of girlfriends, he tells Brodie that he’ll always regret the “one that got away,” a high school fling who thought Stan paid more attention to comics than her. Comparing himself to Doctor Doom and The Hulk, Stan explains to Brodie that he should always chase love, not panels and pages.

Hilariously, we see Stan exit the scene to run into T.S., who asks Stan what story he told Brodie to inspire the guy into action. Stan explains he borrowed lines from a Spider-Man story. Still, the lesson within Stan’s monologue is emotionally resonant despite the undercutting joke that follows. 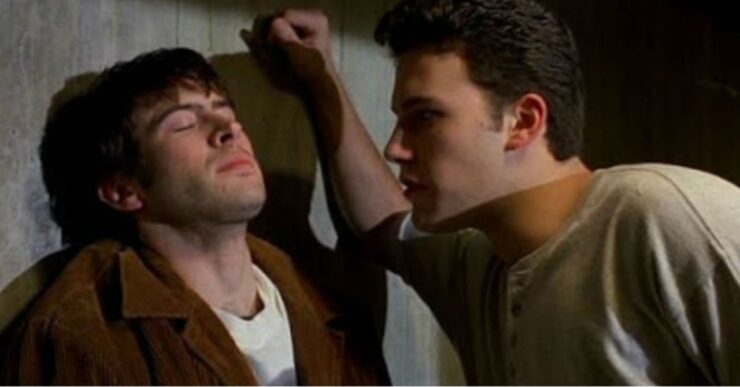 Hello, title drop! In the macho-bro confrontation of the movie, Brodie, AKA the ex-boyfriend, fights Shannon, AKA the new suitor. Shannon’s vitriol is delivered well, but it’s not too original; he’s essentially calling Brodie lazy and revealing how he plans to hurt him through hurting Rene, the woman Brodie loves.

This quote is most important because it explains the term “mallrats.” Complacent capitalist Shannon describes this group of people as:

You don’t come down here to do work or shop. You hang out all day. You act like you f*****g live here. Well, I have no respect for people with no shopping agenda.

So here are our heroes! All hail the disrespected underdogs … or, under-rats?

What’s your favorite Mallrats quote? Let us know in the comments, and don’t forget to Let Your Geek Sideshow!

Up Next on Unsealed and Revealed: Hulk Sixth Scale Figure by Hot Toys