Harry Potter is full of amazing artifacts from every fanciful and fantastical corner of magical culture, history, and legend that there is to offer. Since the publication of Harry Potter and The Philosopher’s Stone in 1997, the Wizarding World has introduced us to incredible items such as the Golden Snitch and the Monster Book of Monsters.

However, those objects (while fun) aren’t exactly useful. The snitch is a recreational piece of sports equipment. That textbook, while a whimsical educational material, is difficult to open and only valued by those Hogwarts students learning Care of Magical Creatures. So, what items are actually important or significant in Harry Potter, and why? Let’s break down some of the most useful magical objects below. 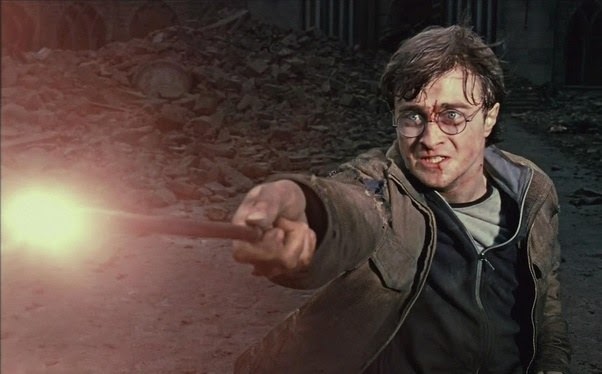 Wands are obviously the most useful magical object. Although witches and wizards have innate magic — and are thus able to perform wandless magic — wands are essential for learners and are shown to be the greatest tool in a magic user’s arsenal. They are made with a variety of materials that often call to a wizard’s personality and magical needs; this is especially true of the wand cores, which are typically unicorn hair, dragon heartstring, or phoenix feather. Documented occurrences of uncommon wand cores include Veela hair, thestral tail-hair, and troll whisker.

Witches and wizards learn spells and charms to both duel and to make daily life easier. Molly Weasley, for example, uses her wand for chores around The Burrow. Conversely, Harry Potter performs his famous Expelliarmus spell to defeat Lord Voldemort, all while wielding a wand that didn’t even belong to him (it belonged to Draco Malfoy, who Harry had won the Elder Wand from, but that’s a story for another time).

Suffice it to say, wands are crucial to the Wizarding World and all magic users who reside within it. 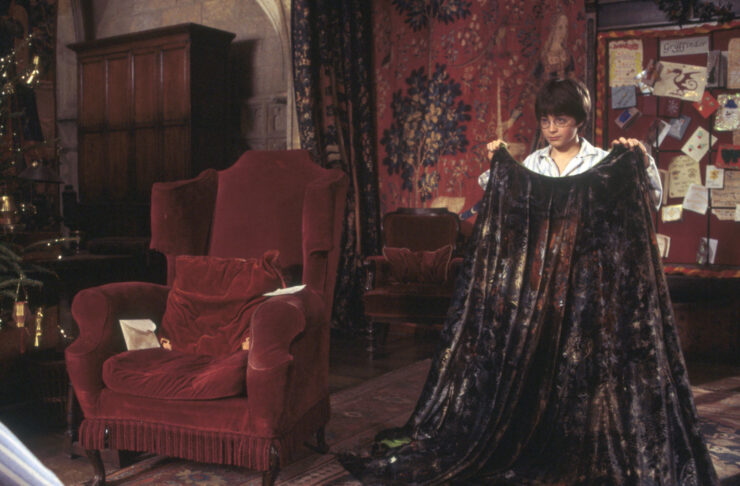 Also referred to as the Cloak of Invisibility, the Invisibility Cloak is one of the three fabled Deathly Hallows and it originally belonged to the youngest Peverell brother, Ignotus. Harry Potter receives this cloak as a Christmas gift but isn’t aware of its origins. Despite not realizing its true potential, this cloak proves helpful for Harry and the Golden Trio many times throughout the Harry Potter series.

They use it to traipse around Hogwarts Castle without getting caught, to evade Lucius Malfoy, and even for pranks or simple sneaking. Its most fateful use comes when Harry is in the Astronomy Tower hiding from a horde of Death Eaters, completely invisible and alone as he watches these Dark Wizards murder his headmaster and mentor, Albus Dumbledore. So while our famous ‘Boy Who Lived’ is a hero in every way, without the Invisibility Cloak, many of Harry’s deeds would have been impossible.

Not only is the Marauder’s Map a fan-favorite magical artifact, it is also one of the most important. Just like with the Invisibility Cloak, a lot of what Harry Potter and his friends accomplished would have been extremely difficult without this useful bit of enchanted parchment.

Created by Messrs. Moony (Remus Lupin), Wormtail (Petter Pettigrew), Padfoot (Sirius Black), and Prongs (James Potter), this map shows the whereabouts of everyone in Hogwarts Castle. It gives precise locations, shows who is on the move with small, inky footprints, and, most helpfully, details all the secret passages in and out of the Wizarding school. Fred and George Weasley use it to mess with caretaker Argus Filch, but in Harry’s hands, it provides the key to defeating evil from his third year on.

We are first introduced to portkeys in Harry Potter and The Goblet of Fire. Enchanted, everyday items, portkeys are able to transport witches and wizards across huge distances in one single, bumpy ride. They’re extremely valuable and helpful, safeguarded and used as inconspicuously as possible to avoid alarming muggles (non-magic users).

In the fourth book, Harry, the Weasley family, and Amos and Cedric Diggory use an old boot to travel to the Quidditch World Cup. Later, during the Triwizard Tournament, Cedric and Harry are brought to Little Hangleton via the Goblet of Fire itself, which was never meant to be a portkey. In that graveyard, where the Riddles were laid to rest, Voldemort rises again, and Harry narrowly escapes with the help of that same portkey which resulted in Cedric’s death. 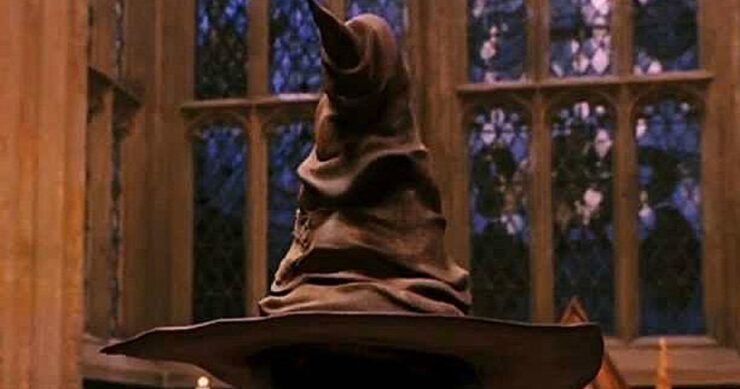 Are you an ambitious Slytherin such as Severus Snape (and me)? Perhaps a courageous Gryffindor akin to Hermione Granger and Ron Weasley? What about a Hufflepuff, loyal like Newt Scamander, or a wise Ravenclaw like Luna Lovegood? Search for the answer inside yourself, or let a magical object decide for you, since…

All you need to figure out your Hogwarts House is the trusty Sorting Hat! It sings, it smiles, it rips its stitches to announce the placement of each first-year student. This sentient magical hat dates all the way back to Hogwarts’ founding, as it belonged to Godric Gryffindor and assisted in creating the different school houses by determining where each child should be placed. This enough makes it incredibly useful, but in addition, in times of great need, the Sword of Gryffindor may appear inside of it.

In a more philosophical sense, the Sorting Hat may be one of the most useful magical artifacts in Harry Potter because it provides community and support. By interacting with the first-year students, it also allows for self-reflection and awareness. Harry is forced to confront his darker impulses and actively asks not to be placed where those feelings could fester. The Sorting Ceremony is such a vital part of the series and shapes each character throughout, so really, besides wands, it could be seen as the most important.

What’s your favorite magical object in Harry Potter? Let us know in the comments, and don’t forget to Let Your Geek Sideshow!

What We Know About DC FanDome Year 2