If you’re already part of the Let Your Geek Sideshow Facebook Group, you know that we’ve recently reached 40,000 members in this global geek community. Right now we’re also in the midst of the Sideshow’s Birthday Extravaganza, so what better time to break out the cake and balloons?

To meet and celebrate this 40K member milestone, we’re hosting a special giveaway called #MySideshowStory. You can join the group and contribute at side.show/geekgroup. 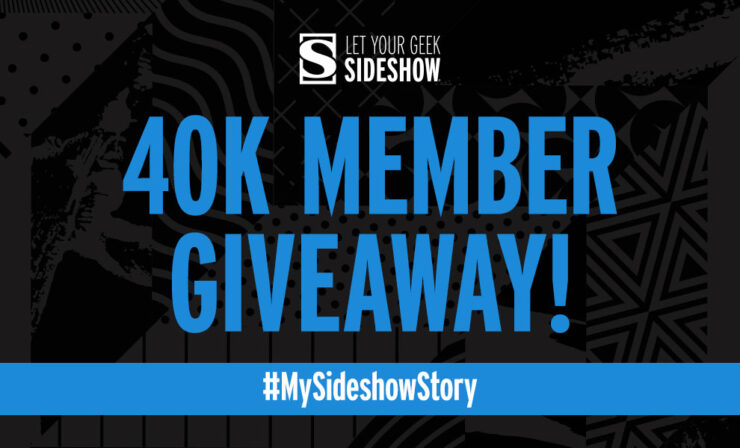 For this challenge we’re asking our group members to share their favorite or most positive experience with Sideshow. This could be an interaction in Let Your Geek Sideshow, a prize they won, a memory from Comic Con—the possibilities are endless when Sideshow has just turned 27.

Every day of the Birthday Extravaganza, from Monday the 15th to Friday the 19th, we’ll be spotlighting some of our favorite stories. Below are just a few of the amazing quotes and photos already shared by our Geeksiders. See stories from Day 1 and Day 2 here.

“#MySideshowStory is that I joined during Spooktacular 2019. I had a lot of fun with this group and during the start of the pandemic managed to wrangle my SO and a few friends into the group as well… 2020 was such a horrible year so it’s nice knowing that the highlight of it all was being able to hop in here and have fun with a friend.”

“My favorite Sideshow memory was from last year. I made my very first post on my birthday and even won this amazing print during a show! It’s been hanging proudly among my Marvel themed room and gives me a fond memory to think back on.” 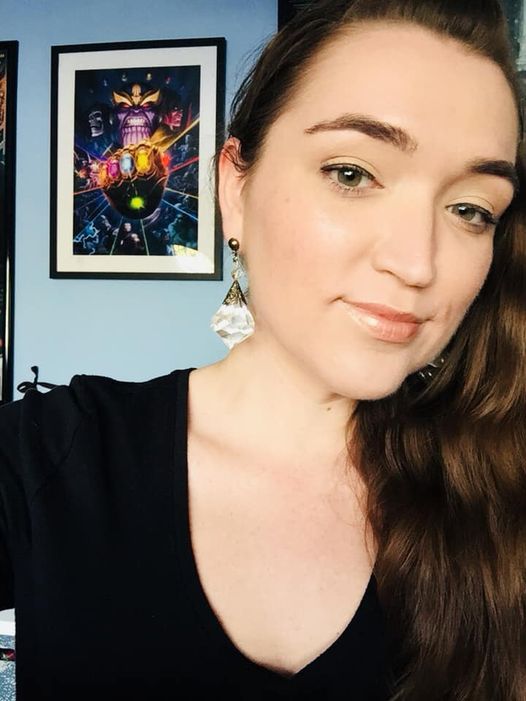 “We found some floor space at the Sideshow Booth [during San Diego Comic Con] and sat down for bit to eat our lunch. During this refueling break, a Sideshow employee walked behind my son and dropped a sixth scale “The Spirit” figure in his lap and kept on walking. Needless to say, my son was extremely excited. And then a little later on, my daughter was presented with a Toy Story figure. From that day on, the three of us have been huge fans of Sideshow and have had many more experiences worthy of being posted in this thread, but that was the one that started it all.”

“When I found out about SideShow, I delved deeper into the site and that’s when I found out about the #letyourgeeksideshow page. From that time to this very day, I finally felt for once that I found a community of people that I belonged to and made the dopest set of friends ever I’ve come across and had the most epic time interacting with the main faces who created this community of positivity. & for allowing me to showcase my excitement for this and the figures I’ve collected in the last year, all I have to say is thank you to all you guys who made this community possible.”

“You see my daughter Ahnna is 6 years old and she had to have a heart transplant when she was only 3 months old. since then she has had multiple health issues and is behind mentally and physically in a lot of areas. Well she got super excited looking at these dinosaurs statues. I finally decide to show her the film and it’s like something clicked. Now she’s obsessed with Dinosaurs all because I was window shopping on your website

her birthday is September I plan to make my first purchase with sideshow because of the Inspiration it brought to my daughter. Not to mention the level of professionalism I’ve seen and hardwork that goes into the product. Keep up the great work guys!”

Do you have a Sideshow story to share? Join Let Your Geek Sideshow Facebook Group and play along using the contest hashtag. Or let us know your favorite Sideshow memory in the comments right on this post!

Thank you for 27 years of letting your Geek Sideshow!