Your lack of Darth Vader collectibles is … disturbing. 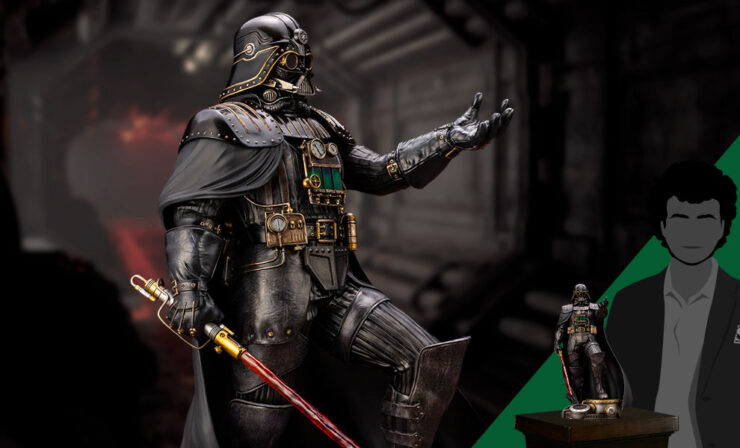 Every breath he takes, every move he makes, Darth Vader™ is terror personified. His dark silhouette would freeze any Rebel in their tracks. His baritone commands and haunting breathing give pause to the bravest stormtrooper™. No Star Wars™ collection is complete without something to represent the most infamous Sith Lord™ in the galaxy.

Ranging from stylish recreations of Darth Vader himself to meaningful mementos, the following items are more than worthy of the Emperor’s appraisal. Now, lower your defenses and give in to the power of the collectibles — anything less would be unwise. 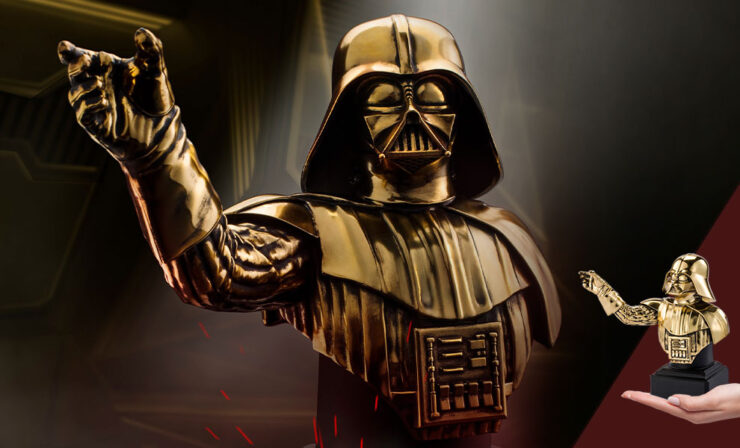 A Sith Lord feels no guilt over doing what must be done. And what task is more important than adding this Darth Vader gilt bust to your dark-sided display? From his menacing helmet to his outstretched hand, the brilliant finish pewter figure with 24k gilding only highlights the power of this Sith Lord’s mighty grasp. 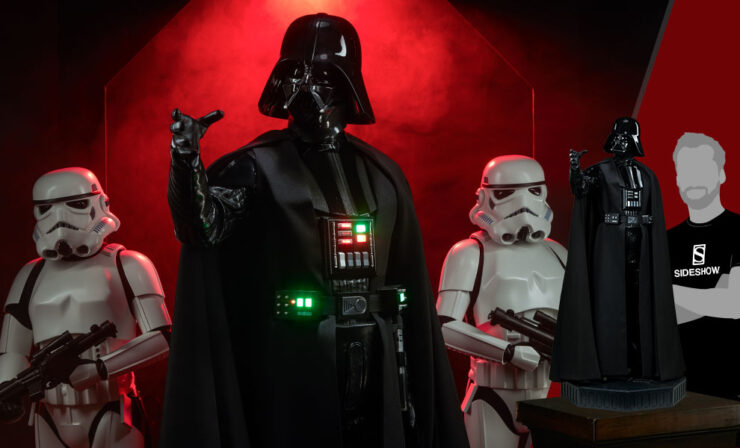 If you’re looking to add a dash of terror to your hallway or display corner, this Legendary Scale Darth Vader Figure is just the (ex-Jedi™) trick. At 46″ tall, from the corner of your eye you might mistake this figure as the real thing — the intimidating, screen-accurate Darth Vader sweeping toward you, arm extended in his signature Force chokehold from Episode IV: A New Hope™. 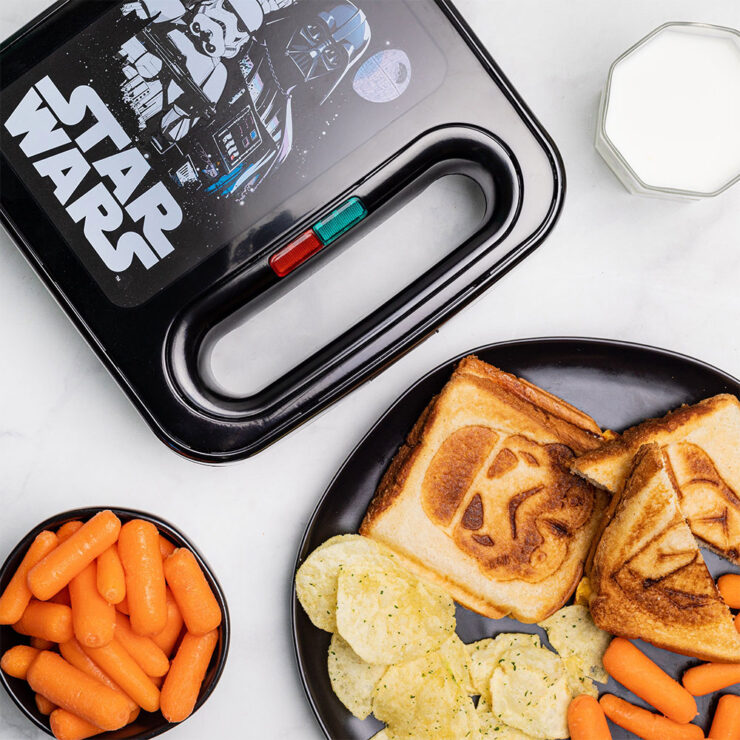 Join him, and he will complete your grilled cheese.

The Darth Vader & Stormtrooper Grilled Cheese Maker by Uncanny Brands bestows your pressed sandwich with the iconic visage of these Imperial forces. The nonstick coating of this impressive kitchen device provides two servings, perfect for a pair of Sith. With this tool in your kitchen’s arsenal, your melted delicacy will evoke the molten rivers of lava on Mustafar™ — everything you need to make a sandwich long remembered.

Your very own technological terror.

Behind Palpatine’s advanced technology lies the true power: Darth Vader’s unshakeable connection to the Force. However, his suit, without a doubt, casts immediate fear into anyone who crosses Vader’s path. In a recreation of Adi Granov’s exclusive illustration for Kotobukiya, this steampunk Darth Vader statue adds gilded details and pronounced cybernetics to the galaxy’s most feared figure. 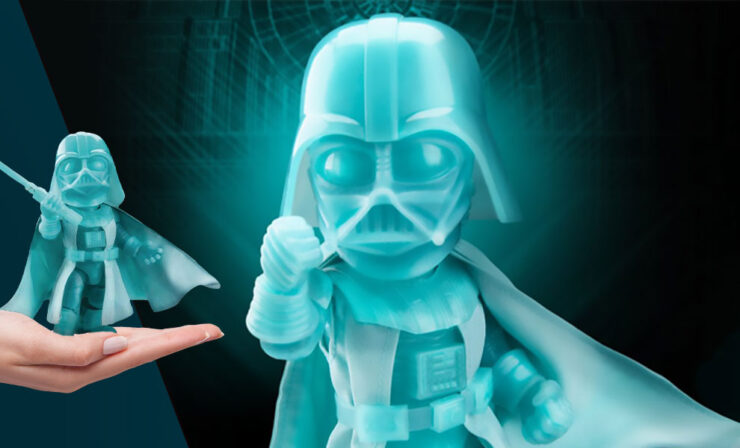 Never fear the dark side again.

The path of the dark side is paved with fear and anger and it is extremely … well, dark. This highly articulated 6″ Darth Vader action figure will be your wayfinder among the shadows — it glows with the power of the Force! With LED light-up functions in the chest and lightsaber, plus an assortment of poseable features, the Beast Kingdom Darth Vader action figure will lift the shroud of the dark side and illuminate your destiny. Or, at the very least, your bedroom. 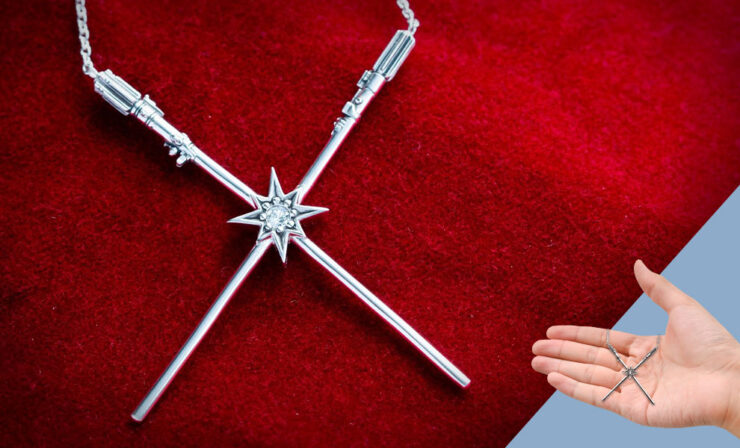 “The circle is now complete.”

Crafted in commemoration of the 40th anniversary of Episode V: The Empire Strikes Back, this sterling silver Star Wars necklace from RockLove is a testament to the power of two within the Force. Luke Skywalker™ and Darth Vader’s destinies are forever connected — shown in exquisite three-dimensional detail with this antiqued pendant. At the crossing of the two lightsabers, the carved energy burst features a brilliantly faced white crystal, a stunning symbol of power as well as love.

Your thoughts betray you … these items are certainly now at the top of your list. Which Darth Vader collectibles have you in a chokehold? 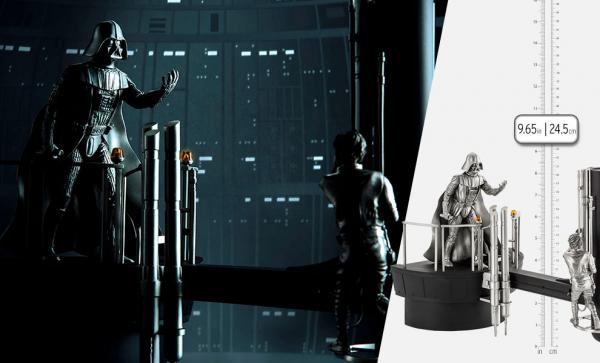 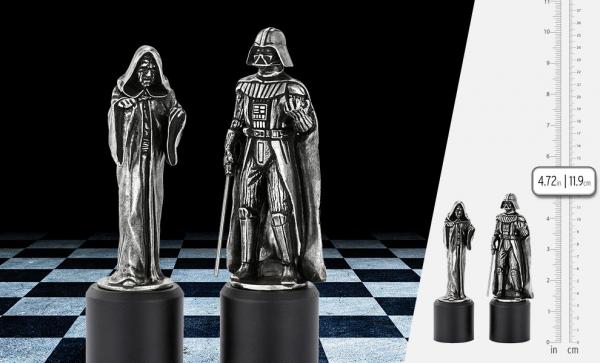 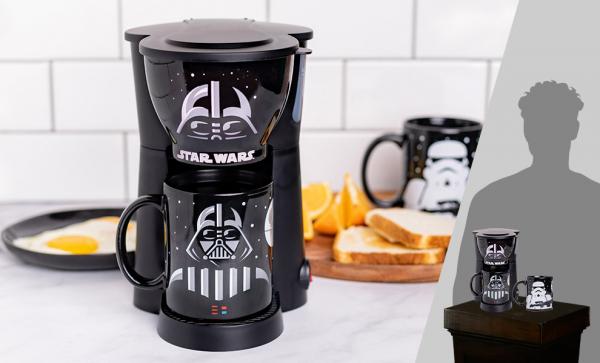 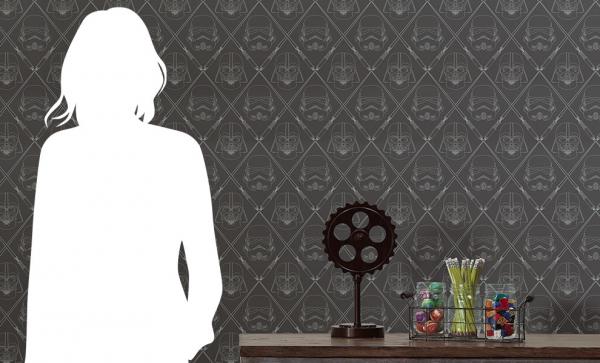 The Best Quotes from the Women of Star Wars