The planet Krypton once orbited around an ever-dying red dwarf star. It had a much higher gravity than Earth, and much harsher creatures. Kryptonian technology was lightyears ahead of technology found on Earth.

However advanced, technology requires energy. A power source. And when the Kryptonians used the very core of their planet as that power source, they doomed themselves. Krypton was on the verge of destruction and only a few Kryptonians were able to escape before the planet collapsed. The two most famous Kryptonians in the DC Universe are Kal-El and Kara Zor-El, better known as cousins Superman and Supergirl. 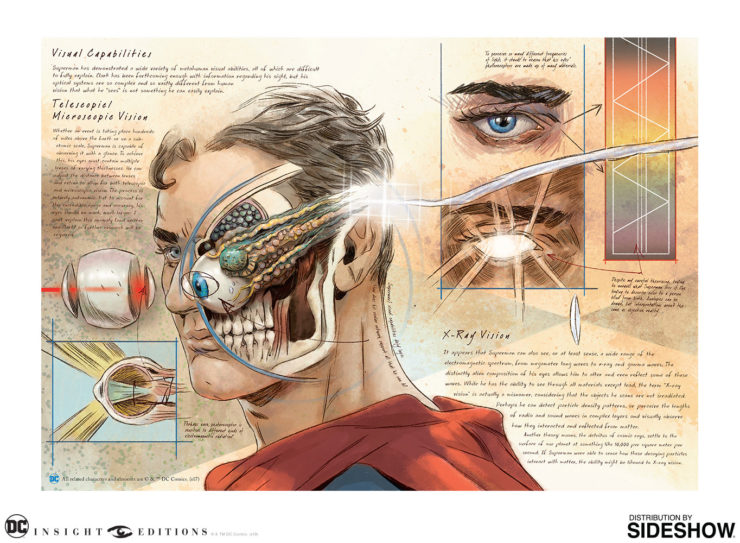 These two Kryptonians are some of the most powerful heroes on the face of the Earth, specifically due to the yellow sun. Their cells absorb solar radiation, and their unique Kryptonian organs and physiology interact with that solar radiation in incredible ways. The more yellow sun exposure a Kryptonian gets, the more powers they acquire and the stronger they become.

As discovered by scientists throughout the DC Universe (as well as Batman himself), here are just ten powers unique that a Kryptonian can have while powered by Earth’s yellow sun. This list is by no means comprehensive and the amount of powers any Kryptonian can have, given enough sun exposure, is truly unknown.

Both Superman and Supergirl have incredible strength. It’s been documented on multiple accounts how Superman can continually push through his limitations and exhibit even greater levels of strength than ever before. Superman has moved the rotation of Earth off its course. He’s pushed and pulled planets with ease. He’s even dragged an entirely galaxy behind them as a young boy.

However, it’s theorized that Kal-El seems to grow in strength because of mental limits that he’s put on himself, so that he causes less destruction. He learned to control his strength and limit himself growing up on Earth, and interacting with the world. Supergirl, however, did not learn these limitations on Earth the same way that he did. In almost every scenario, Supergirl is stronger than Superman.

Kryptonians are able to fly. The power is rather simple, but the ability to change direction mid-flight, to use their strength on top of their flight, and the fact that they can fly faster than the speed of light makes their ability all the more impressive. And of course, some versions of Superman and Supergirl have even flown so fast that they’ve slowed time, or even reversed it. 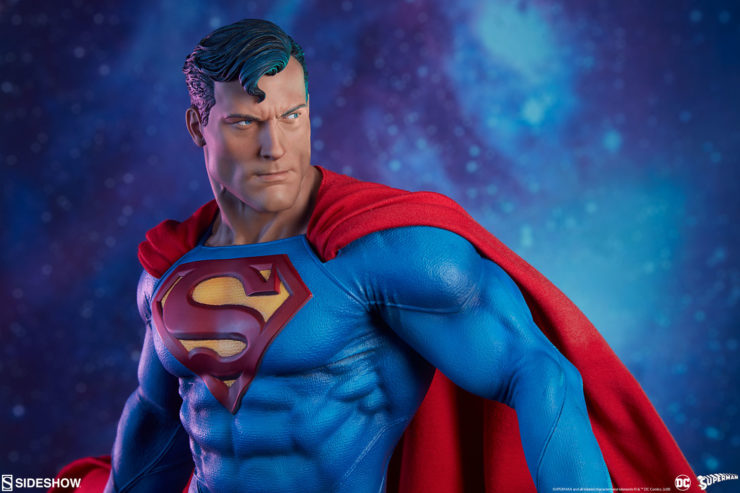 Superman’s skin cannot be pierced, cut, or damaged by practically any amount of power (save for when weakened by Kryptonite weapons). He is durable at a level that nearly no other superhuman is.

Fire doesn’t burn him, lightning doesn’t shock him, and more. He is able to withstand blasts from nuclear warheads and emerge unharmed. In fact, to gain even more power, Superman has often flown directly into the sun to gain more exposure to its radiation. Due to his invulnerability, the sun does not damage him at all.

Kryptonians are able to hear nearly any sound in the same atmosphere. With enough focus, Superman has been able to hear the heartbeat of his mother from the other side of the planet. He can pinpoint anyone’s heartbeat and hear every word spoken.

Basically, Superman and Supergirl can hear literally every single sound at Earth every single second of the day. And of course, they can hear beyond the range of a normal human, into frequencies that only animals can hear. 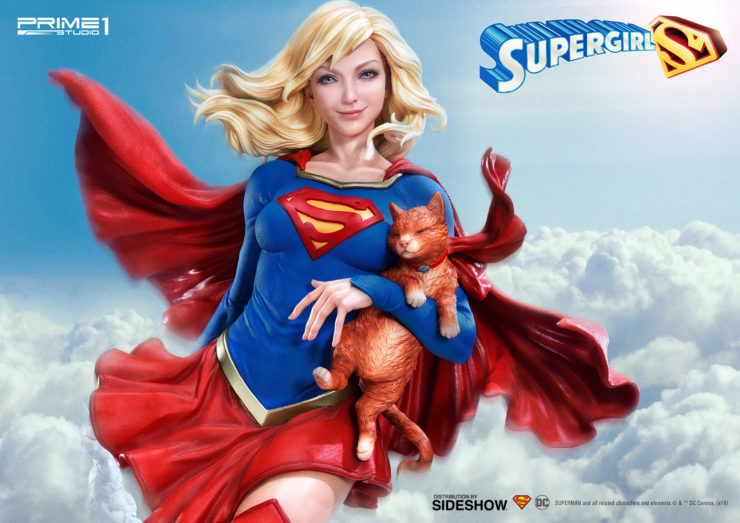 Like their hearing, Kryptonians have a sense of smell so impeccable, that they’re able to isolate any smell across the planet. That certainly comes in handy when Martha Kent makes fresh baked cookies the way that Clark likes them! But more than anything, it can be used to find poisonous leaks, or tracking through long and complicated tunnels and pathways. 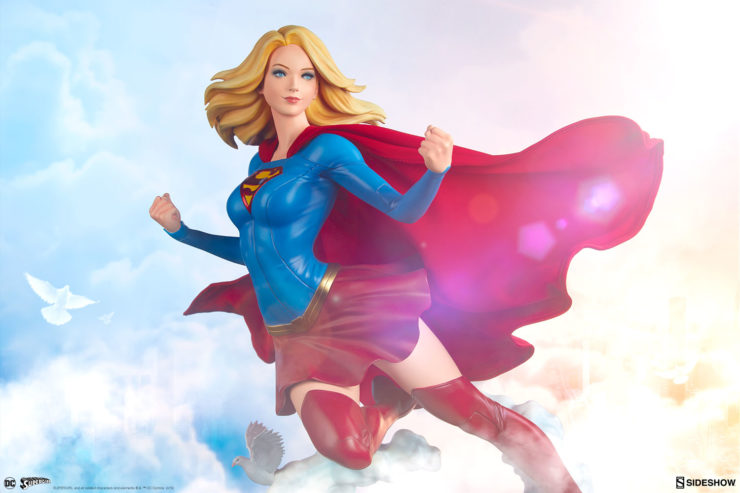 Kryptonian vision is unlike any other kind of vision. First and foremost, they’re able to see the entirety of the electro-magnetic spectrum. They’re able to identify specific radio and television, or any broadcast frequency, so even data transfers are difficult to hide from them. They can avoid detection of any radar or satellite using this as well.

Naturally, this also gives them the ability to use X-Ray vision. Kryptonians are also able to use telescopic and microscopic vision to see things far away and on a sub-atomic level.

Due to their unique physiology, if a Kryptonian has absorbed enough solar radiation, then they emit something called a bio-electric aura. This aura adds on to their invulnerability and makes them significantly more resistant to damage. The aura rests a few millimeters above the skin. However, Superman can actually extend this aura around other objects. This protection keeps everything or everyone within the aura safe.

He can use this to protect others, but he also uses this when flying or running with other people, to keep their bodies safe. The bio-electric aura also surrounds large objects and keeps them in place when he tries to lift them, like entire buildings out of the ground, or planes from the sky.

In one timeline, Superman Prime One Million flew into the sun for an extraordinarily long amount of time, and came back with powers unlike any Kryptonian before him. He was even able to warp reality. But nearly all Kryptonians (again, with enough yellow sun radiation) are able to individually alter the electrons creating matter itself. The formation and function of matter can be changed without a second thought. 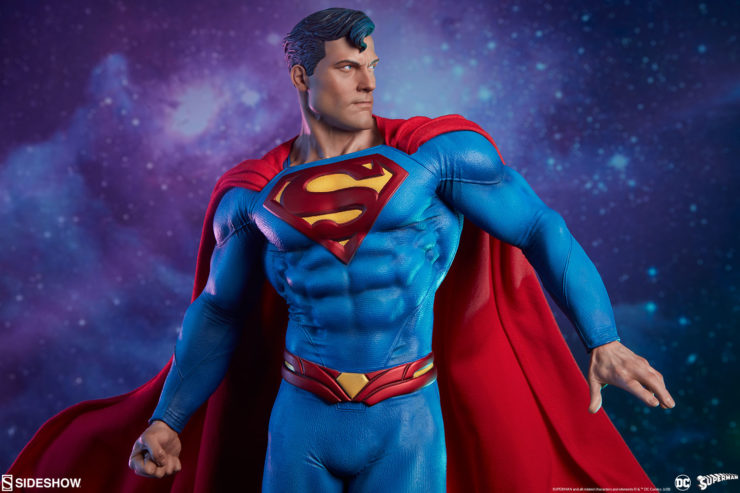 Superman has very rarely used this power, but in the worst case scenario, he and all other Kryptonians can use a power referred to as a Solar Flare. They are able to discharge all of the solar energy stored in their cells at once.

This results in a large burst of energy with the equivalent power of a sun. It’s enough to scorch even the hardiest of foes. When they use this power, it drains Kryptonians entirely of their energy, and they become practically human until they recharge.

In some comics, a yellow sun grants Kryptonians an eidetic memory: the ability to remember every single detail of their life, down to every single detail. While this might seem like a lesser power, when combined with his Super Hearing, Super Smell, Super Vision, and all of his other heightened senses, it makes Superman and Supergirl the greatest wealth of knowledge on the entire planet, if not the entire world.

There is no detail that they ever forget, and they are constantly bombarded with every sense. They hear everyone and everything on the planet at every second of the day, and they remember every part of it perfectly. If you ever had any kind of question, a Kryptonian could answer it.

If you’re looking to empower your collection, be sure to check out our full offering of DC Comics collectibles.