Ever since cartoons first hit the airwaves in the middle of the last century, generations of kids have grown up following the adventures of their favorite characters. From the animated antics of Popeye and the Simpsons to the cosmic adventures of Flash Gordon and Voltron, cartoons have become a source of delight and wonder for viewers of all ages.

Over the years, there have been many cartoons that never really took off or simply fizzled out without much notice. But with so much potential just gathering dust in the cartoon vaults, it seems inevitable that some old favorites will be rediscovered and given another chance to shine. Here’s our list of some of the cartoons that we think deserve another look: 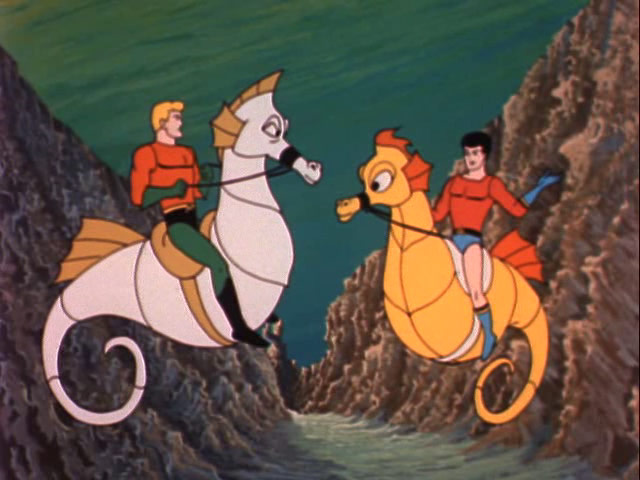 He’s been the butt of jokes for ages, but Aquaman is finally getting the last laugh. Now that the king of Atlantis is a full-fledged movie star, there’s more than enough reason to revisit his animated adventures.

The last time Aquaman had his own animated series was way back in 1967, when the underwater adventurer and his sidekick Aqualad found themselves going up against tame versions of baddies like Black Manta. A lot has changed since then, and Arthur Curry, otherwise known as Aquaman, is now a lean, mean, underwater fighting machine. There’s a lot about Atlantis and its inhabitants left to uncover, and a new series starring the updated Aquaman would be a great way to keep audiences invested in his continuing adventures. 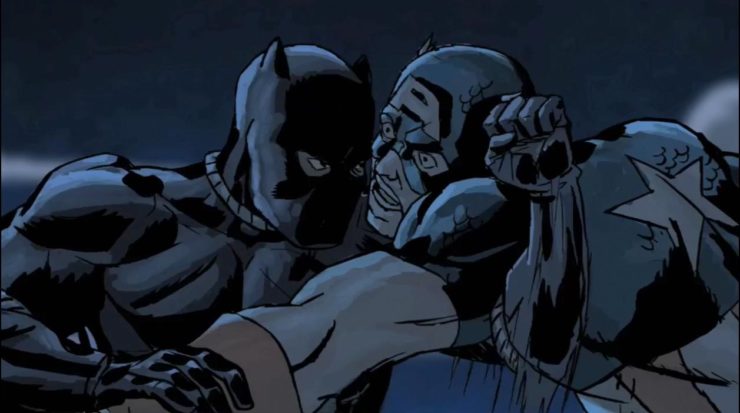 Now that everyone has been wowed by the majesty of Wakanda on the big screen, there’s no better time to transfer that excitement to small screens everywhere. As the box office tally for the Black Panther movie has shown, there is a real hunger to follow the adventures of King T’Challa, ruler of Wakanda and member of the Avengers.

Marvel appeared to have cold feet when it first introduced the Black Panther to audiences on BET in 2011, only committing to six episodes of the sparsely-animated series. Even so, the show featured a compelling story and a host of A-list actors providing the voice talent. Now that the king of Wakanda also reigns at the box office, Marvel should have no problem signing off on a full cartoon production geared towards larger audiences than the Disney Avengers Assemble series. 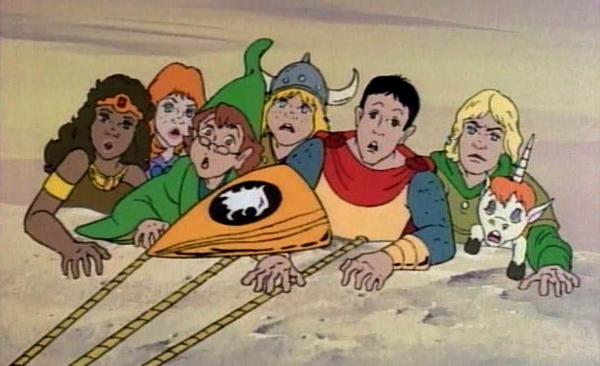 With Game of Thrones coming to an end and few other shows left to fill the void for fantasy-starved fans, reviving Dungeons and Dragons seems like a no-brainer. Transported into a mysterious realm and given magical gifts, our band of unlikely heroes faced off against the evil wizard Venger and his minion Shadow Demon in their quest to return home.

Like many of the cartoons of that era, the writers were stifled by creative restrictions; and even though the series focused on fantasy-oriented themes, it was still considered too violent. The show’s writers, including Paul Dini, all went on to do great things in animation. It would be interesting to see what those same creative minds could come up with in a revived Dungeons and Dragons. 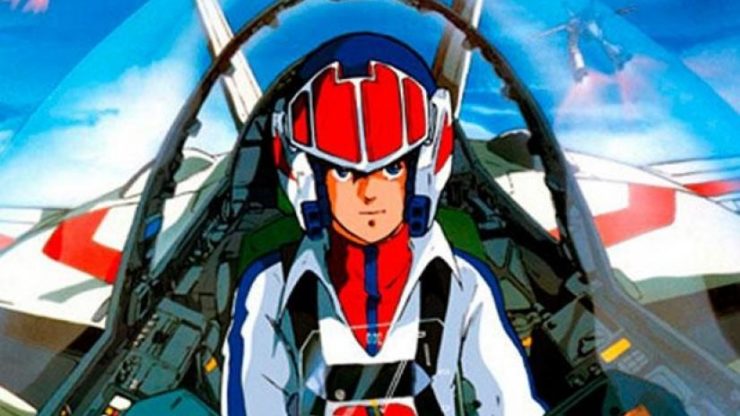 Transforming mech fighters, a complex story, and tons of action were the hallmarks of the Robotech series. Even with animation that might seem rustic by today’s standards, there is still a lot to love about this animated series.

Derived from disparate Japanese anime sources, the Americanized Robotech series follows three generations of fighters in their struggle to liberate Earth from alien invaders. When the series initially aired, Robotech was overshadowed by the popularity of Transformers. Even so, the series still commands a loyal following and deserves another shot at cartoon glory. 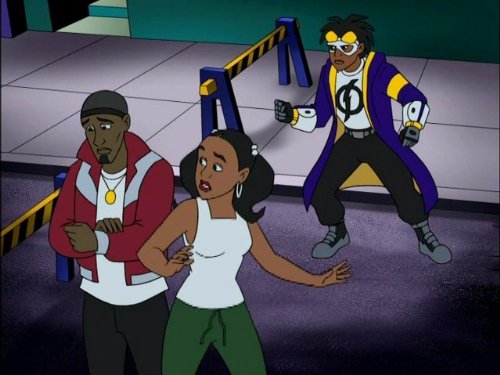 Static is one of the few Milestone characters to make the leap from the comic book page to full-on animation. Leading a double life as a student and a super hero is no easy feat, and Static’s weekly adventures saw him dealing with dangerous criminals and confounding social issues in the rough and tumble streets of Dakota City.

Featuring heroes and villains of various ethnic backgrounds, Static Shock was one of the most diverse cartoons to be shown on the Saturday morning roster. Despite a large fan following and critical acclaim, Static was unable to overcome low merchandise sales and was cancelled after only a few years on air. But at a time when both fans and creators are clamoring for diversity and representation in media, bringing back Static Shock could be an important – and fun – part of the conversation. 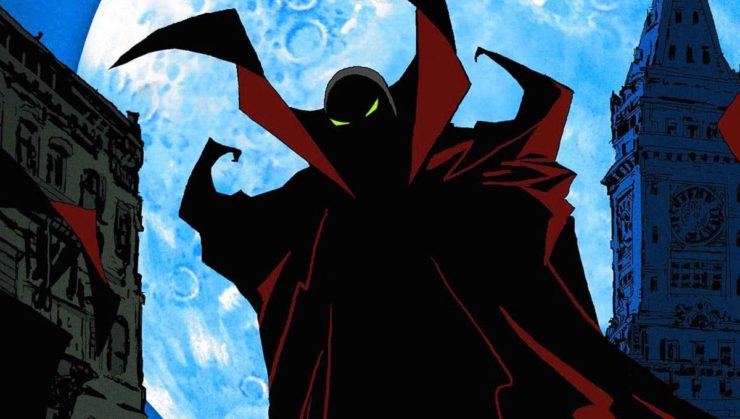 With only three brief seasons of six episodes each, HBO gave viewers a glimpse of the crime-infested, supernatural world of Spawn. Drawing as much inspiration from the horror genre as it did from superhero fare, this hybrid story followed the adventures of the former government operative turned undead Hellspawn, Al Simmons, as he fought to reclaim his life.

Because of the show’s mature themes, Spawn was a cartoon aimed at adults at a time when many still considered characters in capes to be strictly for kids. It has been twenty years since then, and a new type of audience is ready to see Al Simmons make his way to redemption and free himself form the forces of evil. 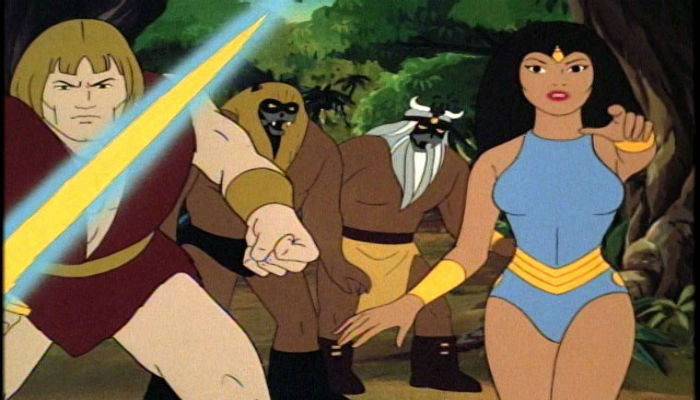 Living in the aftermath of a worldwide cataclysm, Thundarr and his companions traversed a world where magic and technology were powerful and dangerous threats. With his Sunsword in hand, Thundarr, defended a devastated earth from evil mutants and the forces of injustice.

This was an unusually dark theme for a Saturday morning cartoon in the early ‘80s; but in our present era, where post-apocalyptic fare like Hunger Games and Maze Runner are considered suitable for kids as young as 12 years of age, Thundarr definitely deserves a seat at the table.

Whether any of these shows will get another chance to excite and amaze viewers remains to be seen, but the possibilities are tantalizing. We’ll be sure to keep you posted about any upcoming developments right here on our blog.

Do you have a favorite cartoon series that you’d like to see get an update? Let your Geek Sideshow and tell us in the comments below!