Marvel’s Eternals (2021) achieved something almost impossible — it made our heroes completely cosmic, and yet they all, from Sersi to Phastos, managed to be grounded and relatable. When they were using their powers, they were awesome and untouchable. Yet when they were bickering and grieving, they felt wholly human.

No wonder, then, that the actual humans felt so drawn to them. While the Eternals remained on Earth to fight Deviants, they also made their home with the planet’s population, shaping and guiding their civilizations for centuries. The Eternals wielded incredible power, yet used it to plant crops or tell stories in the sky. Over time, humans gave them names and put them in their own stories to honor the Eternals. Thus, they became gods.

Below, let’s break down the gods, goddesses, and mythological heroes that were inspired by these Marvel characters.

*spoilers ahead for major plot points of Eternals 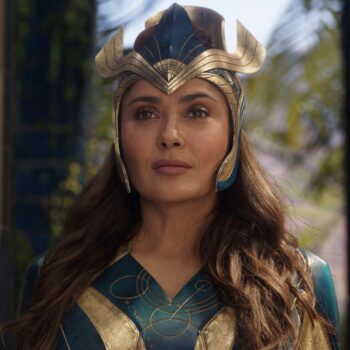 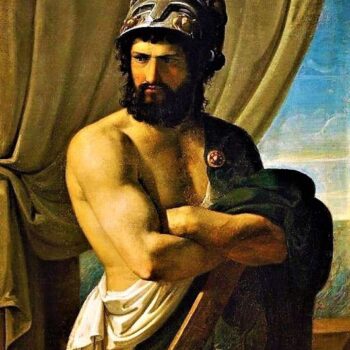 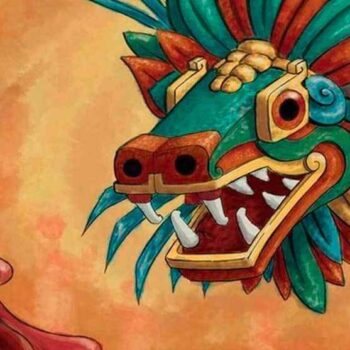 Ajax the Great is a courageous warrior whose narrative is told through Homer’s Iliad as well as epic poems about the Trojan War. The strongest of all the Greeks, he is described as fearless and intelligent. He is also personally responsible for the deaths of many Trojans. Marvel’s Ajak is a similarly adept leader. She is a capable strategist and an intimidating presence amongst her Eternals. Finally, she commands the Domo through all the Celestial Emergences, making her responsible for the sacrifices of countless planets.

The other inspiration, and a being that Ajak once assumed the identity of in the comics, is Quetzalcoatl. Quetzalcoatl is a Mesoamerican deity depicted as the Feathered Serpent — you can see the similarities between his design and Ajak’s armor. Quetzalcoatl is the creator of Earth, god of wind and rain, and a patron of science, arts, and agriculture. As the mother figure of the Eternals, the Eternal Ajax’s role of creator and protector is similar to that of Quetzalcoatl’s, though she is less removed from their lives than the god was from the Aztecs. 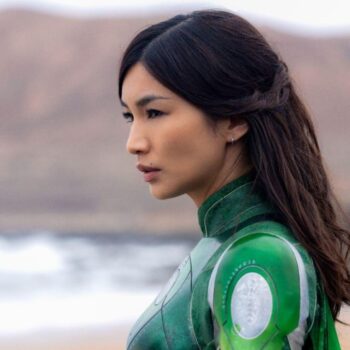 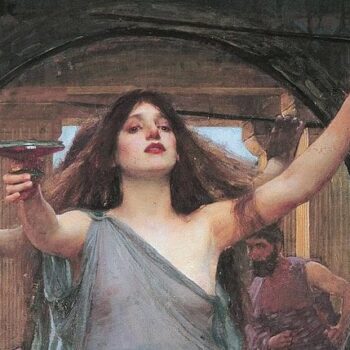 In Greek Mythology, Circe is an enchantress renowned for her knowledge of potions and herbs. In the Eternals film, Sersi is revered for helping plants grow. Circe can transform her enemies into animals, with this ability directly relating to Sersi’s ability to transmute matter.

Sersi spends most of Eternals only able to transform inanimate materials, though she’s eventually able to perform her powers on a living being. This first happens when she’s under great duress and then later with the help of the Celestial Tiamut. But that is mostly where the similarities end. Circe’s narratives illustrate her as a jealous, wicked, possessive, quick-tempered, and fearsome figure. The Eternal Sersi has an opposite temperament despite her very trying circumstances. 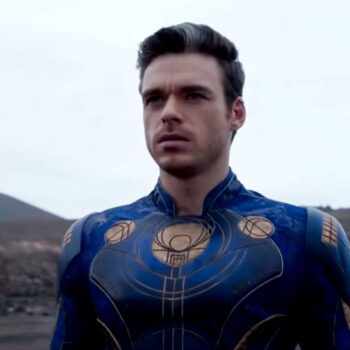 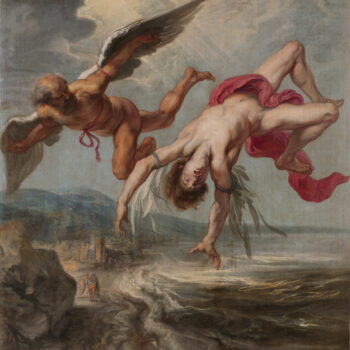 In Eternals, Dane Whitman comments on the resemblance of Ikaris’ name to that of the Greek tragic figure, Icarus. Sersi tells him that Sprite, famous for her storytelling, made up the tale of the boy who flew close to the sun when the Eternals lived together in Athens. The story goes that Icarus attempted to escape from Crete wearing wax and feather wings. Warned against flying too high or too low, a complacent Icarus throws caution to the wind and flies too close to the sun, which causes his wings to melt. Icarus falls into the sea and drowns as punishment for his hubris.

Marvel’s Ikaris is certainly prideful. He values his ideals and opinions over those of the other Eternals, illustrated when he turns against them and promises to kill them should they interfere with the Celestial Emergence. In the end, however, he loves Sersi too much to hurt her. Defeated, he flies off Earth and into the sun. It is implied that this ends his life. 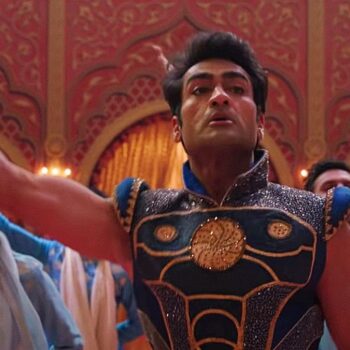 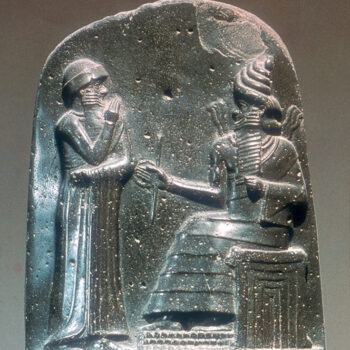 In Marvel’s history, Kingo may have inspired Kingu/Qingu, a Babylonian god. In this ancient mythology, Tiamat — pretty familiar name, right? — gifts Kingu the Tablet of Destinies, which grants Kingu immense ruling power over other gods. When Kingu is killed, his blood is mixed with clay to mold the first human beings, while his body creates the earth and skies. Kingo’s fame equals the Babylonian god’s level of power and influence. With his charisma, confidence, and fighting skills, it’s likely that he inspired this god to some degree. 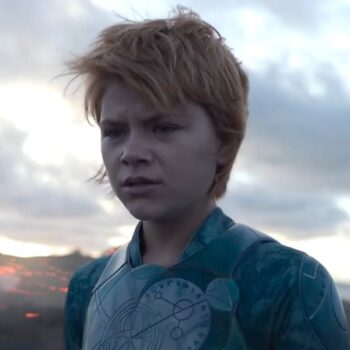 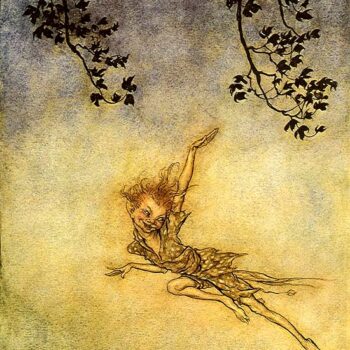 Sprites are a type of fae, and Sprite is compared to the fairy Tinkerbell in Eternals. And, in the film’s credits, a smiling figure with her visage accompanies a magician’s show poster. Sprite is centuries old, yet is stuck with the physical appearance of a 12-year-old child, and sprites from folklore are often shown as childlike with impish mischief and mirth. Like the sprites from stories, Sprite has more power than is immediately apparent. Her innocent face also conceals an inner darkness.

It is most apt to compare Sprite to a famous fairy named Puck (pictured above), from William Shakespeare’s A Midsummer Night’s Dream. In the play, Puck’s antics move the plot along. He operates from the shadows, narrating and interfering either on orders or according to his own whims. Like Puck, Sprite is not exactly evil. She just has personal ambitions and desires that get in the way of what needs to happen. 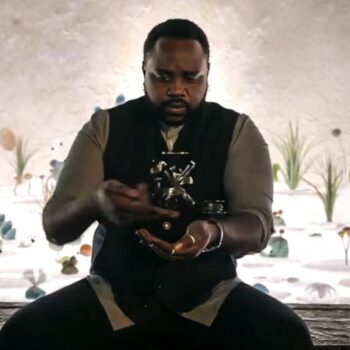 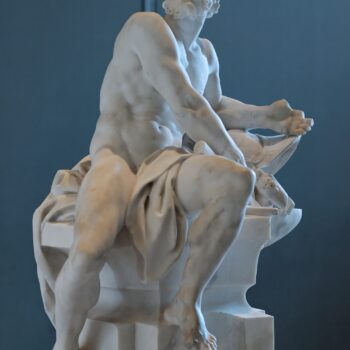 Hephaestus is the Greek god of blacksmiths, metalworkers, carpenters, and other artisans. Phastos’ role as engineer and craftsman aboard the Domo obviously inspired the Greeks to create and worship Hephaestus. The smithing god made all of the weapons for the residents of Olympus.

In Eternals, Phastos made the humans’ technology — such as plows — and he often must carefully consider what technology to introduce to humankind. His craftsmanship can be as revolutionary as an engine or as inconspicuous as protections for a family home. He also fashioned a connective machine for the Eternals’ final battle during the Emergence and quickly constructed restraints to keep Ikaris, the “most powerful Eternal” at bay. 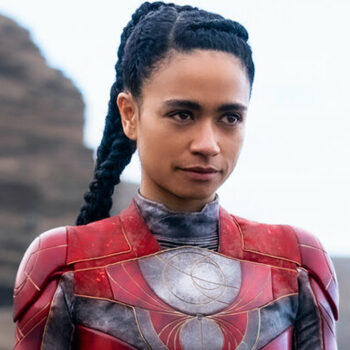 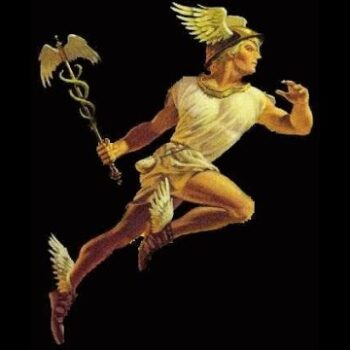 Fleet-footed Mercury, a Roman figure of worship, is the god of communication, travelers, and thieves, among other things. It is extremely significant that Eternals‘ Makkari is a deaf woman whose communication style is sign language. As a deity of communication, Makkari is able to express her meaning through a typically underrepresented form of language that might not be “standard” but is still powerful and effective.

Makkari’s power is also super speed, which she uses to fight, defend, and even read faster. In terms of theft, there’s also a connection with Makkari since she steals from humans in Eternals. She collects various objects from throughout history to keep with her on the Domo as entertainment or keepsakes. 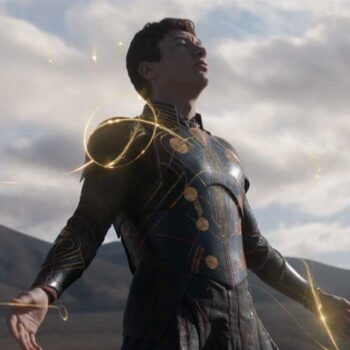 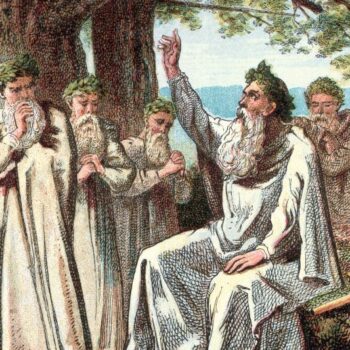 Druids are not mythological characters — they are actual historical Celtic priests with strong, almost magical connections to the natural world. Dating back to the fourth century BCE, these figures were highly revered in pagan society. They are responsible for organizing worship and sacrifice, and their social status gave them immense power even in relation to the noble class.

The Eternal Druig, with his Irish accent and strong pacifistic tendencies, aligns quite well with the legend of these learned leaders. He has a bit of an ego. He rules his own commune, hidden among the trees. And his cosmic abilities are akin to mind control, which is a harsh but fair parallel to ancient figures with unchecked power. 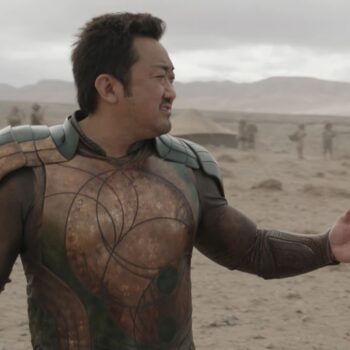 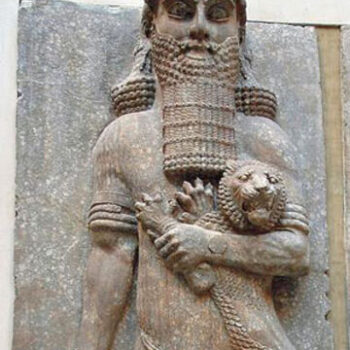 The protagonist of the Mesopotamian epic poem the Epic of Gilgamesh is a major figure in Sumerian legend. In an updated narrative, Gilgamesh is relayed as a demigod, though he is also conjectured to have been a real historical king. He embarks on many journeys but various accounts of his victories and exploits have been lost or revised over time. Like Marvel’s Gilgamesh, the epic hero has superhuman strength. The Eternal Marvel also demonstrates strong protective instincts, especially for Thena. And unlike most of his Eternal counterparts, Gilgamesh’s actual name is preserved throughout history and legend. 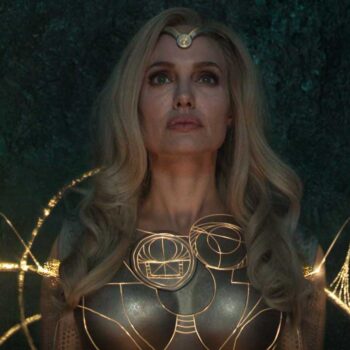 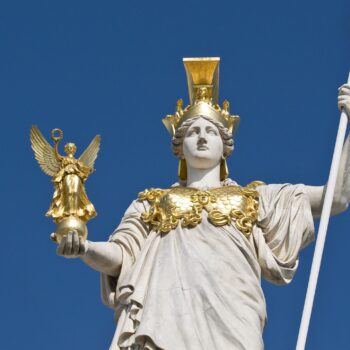 “Drop the A,” Thena tells Phastos’ son after the child incorrectly says her name. But there’s no mistaking her identity — Thena is referenced throughout Eternals as the hero of Athens and the goddess of war. Associated with handiwork, she is highly skilled in combat, with the ability to convert her cosmic energy into a variety of deadly weapons. Athena is additionally the patron goddess of heroic endeavor; thus Thena’s involvement in the Eternal’s battles is essential, as she is responsible for many of their victories. She is also a symbol of freedom and bravery, which describes Marvel’s Thena quite well.

Which other heroes and myths do you think the Eternals inspired? Let us know in the comments, and don’t forget to Let Your Geek Sideshow!