Most heroes are forged from tragedy. Through a terrible loss or internal suffering, their will to protect others manifests and they rise up to become their best self. For other heroes, that path isn’t so straightforward. Some, like Wanda Maximoff, even stray from that familiar path.

Ultron once said to Wanda, “I can hurt them but you will tear them apart.” His ominous words have proven to be a prophecy for Wanda as the MCU continues its onscreen expansion. Join us as we analyze the differences between MCU Wanda and her comics counterpart as well as dive in to the events that led to her actions in Doctor Strange in the Multiverse of Madness.

Is Scarlet Witch a villain? Peer through the chaos and decide for yourself.

Spoilers for Doctor Strange in the Multiverse of Madness ahead

Who Is The Scarlet Witch? 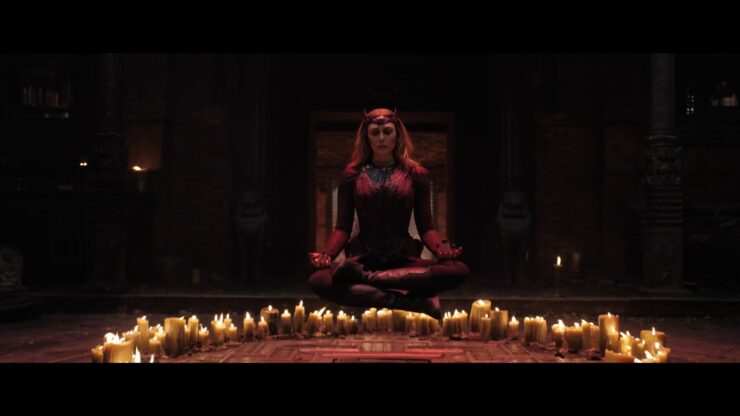 As with most portrayals of well-known super heroes, there are stark differences and similarities between film and comic book versions. For a complex figure such as Wanda Maximoff, those details are even more apparent. On screen, Wanda is removed from her Romani heritage and, originally for licensing reasons, she lacks any connection to Magneto. But another major difference is her title itself: the Scarlet Witch.

When she first appears in the comics as a member of Magneto’s Brotherhood of Evil Mutants, Wanda is already known as Scarlet Witch. But by the end of her MCU TV series, WandaVision, she has taken on the name Scarlet Witch, a mystical persona described in the Darkhold. James Robinson’s Scarlet Witch series of books touches upon this history of Wanda’s name, connecting the title to a lineage that includes her mother, Natalya.

In the MCU, Wanda’s adoption of this identity is a step forward in her character development. Against Agatha Harkness, her devious mentor on screen and in the books, Wanda sees who she can be. In Multiverse of Madness, Wanda even displays her sinister magic in a Dreamwalking montage that evokes Charmed visuals with elements of Sam Raimi horror. She leaves behind remorse for her past and fully embraces the innate power she possesses.

Wanda’s Background of Grief and Trauma

Throughout Phase Three and Phase Four, Wanda has been stacked with grief and trauma. Along with her twin brother Pietro, she volunteers to be experimented on by HYDRA all in the name of revenge for their parents’ death. The Maximoff twins, on screen and on the page, always end up switching sides to fight with the Avengers but in Age of Ultron, Pietro is killed in battle. This loss is only the first of many for Wanda.

With Vision, Wanda finds a brief respite from her world’s unending sorrow and turmoil. As a new Avenger, and someone only beginning to test the scope of her power, Wanda accidentally causes civilian deaths in Lagos. Iron Man ostracizes her and tries to establish the Sokovia Accords. Vision, however, sees beyond her mistakes and shares with her a love that is patient, kind, and strong enough to endure contentious Avengers infighting as well as death. 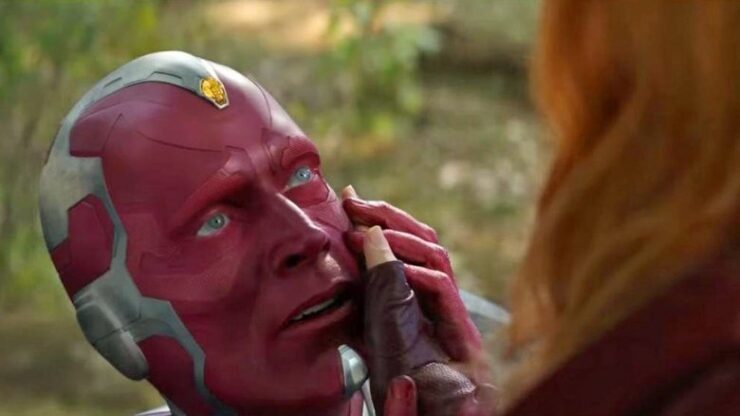 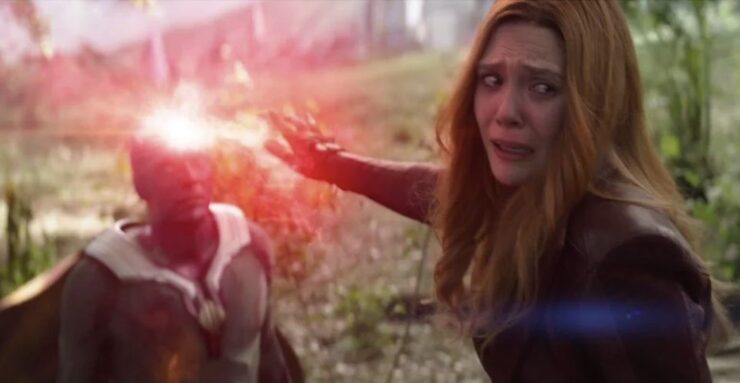 Aside from her personal losses, Wanda’s team continually lets her down. She’s separated from the rest of the world, isolated in her own guilt, and constantly asked to put the world above her own needs. Ultimately, during the Battle of Wakanda, Wanda must choose between giving the world a chance to survive and killing her soulmate. Sure, impossible decisions are the expectation of a super hero, but at what cost? Even super heroes can feel pain. And with that pain comes a reaction.

All’s Fair in Love and War

The mistakes of a super hero can’t compare to the mistakes of an everyday person. Their powers and their choices can have a huge impact on the entire world, sometimes even the universe. For Wanda, she is a being connected to the entire Multiverse — talk about pressure. When enough pressure builds, there is inevitably a breaking point.

After Thanos is defeated, most everyone returns except for a notable few, including Vision. Wanda consoles herself by manipulating reality and creating her own perfect life in a town called Westview. She reconstructs Vision and even conceives twins, Billy and Tommy. Of course, for Wanda all good things must come to an end. She must return Westview to its actual reality, but in the process she loses Vision and her children all over again. This leads to her plan in Doctor Strange in the Multiverse of Madness: take America Chavez’s star portal power to gain control of the Multiverse. Then, she can be reunited with her children.

Wait, but, isn’t that a thing villains do? Take over the world for their own selfish reasons, sacrificing anyone who gets in their way? Well, yes, it is. On the other hand, we have experienced devastating loss alongside Wanda in multiple films and TV series. The audience knows why she does what she does. She’s grieving the loss of her brother, parents, husband, and children, yet has the power to correct things – what would you do if given that chance?

At one point, she says to Doctor Strange, “You break the rules and become the hero. I do it and I become the enemy. That doesn’t seem fair.” Fair, unfortunately, was never part of the super hero deal.

Wanda causes the audience to consider perspective. In these horrific situations, filled with impossible decisions and unspeakable loss, what exactly is fair? As an Avenger, the fights are dangerous and the stakes are high. They know what they’re getting into and the potential for sacrifice. But Wanda’s quote is referring to something else: a double standard among super heroes.

Since the beginning, she faces distrust and punishment for her mistakes. Still, she does what needs to be done against Thanos despite the hole it rips in her heart. Then, right in front of her, the Mad Titan shows that her sacrifice meant absolutely nothing. In that moment, Wanda begins her shift from struggling hero to hardened survivor. While Thanos thought he was saving the universe, Wanda is merely trying to repair her own world.

Returning to her discussion with Strange, Wanda is referring to the sorcerer’s risky heroics. He gambles with the fate of the universe by giving the Time Stone to Thanos and even tampers with the Multiverse to help Spider-Man. His actions caused a multiversal shift of reality and immeasurable pain, yet no legislation was proposed against sorcery — granted, everyone’s memory was wiped at the end of Spider-Man: No Way Home but that’s beside the point. Doctor Strange uses forbidden magic like Dreamwalking and he’s a hero. But Wanda does it to bring back her sons and she’s a monster.

Is Scarlet Witch Beyond Saving?

On the subject of Dreamwalking, it all boils down to purpose. Strange’s purpose is a last resort to restore the Multiverse. Wanda is trying to murder a teenager. Seems easy to judge, right? Maybe. But heartbreak causes anyone to lose parts of themselves, especially the reasonable parts. And grief isn’t just about dealing with depression — there’s a whole spectrum of responses from anger and denial to bargaining and acceptance.

Because of America Chavez, Wanda is able to reach that stage of acceptance, even though it might hurt more than anything else she’s faced before. In that moment, the Scarlet Witch redeems herself. Wanda is capable of seeing the error of her ways. Can the same be said of Thanos? What about Hela or Kaecilius or Ultron? Maybe, in the end, the Scarlet Witch is more similar to a Dark Phoenix figure, a character with dual identities who straddles light and dark. Or, she might just be a villain capable of making the right choices from time to time.

One of the many reasons Scarlet Witch has captured fans’ imaginations is her potential for good and evil. Her power is enchanting and magical to behold, but she also has the capability to rip apart her team and rewrite the entire world. Let’s not even talk about those three little words we know might be in the future now.

What do you think is next for Scarlet Witch? Will she resurface as a hero or something else? Keep the (spoiler-conscious) conversation going over at side.show/geekgroup, and don’t forget to Let Your Geek Sideshow!