Imagination soared in the 1980s. Science fiction became futuristic, realistic, and more exciting than ever before. Of course, the computer technology of the 90s made it even better, and this technology became the basis for nearly all future films.

We’ll never forget the iconic movies of this time period that set the stage for the decades to come. Are you ready for lasers, animatronics, synth music and wild stories? Read on.

STAR WARS: THE EMPIRE STRIKES BACK 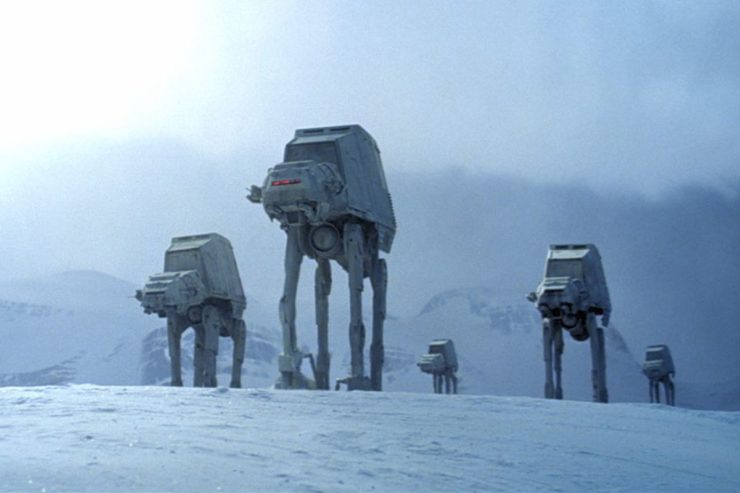 When George Lucas and his crew created Star Wars in 1977, they had no idea it would go on to become a pop culture icon. Now, 42 years later, Star Wars is pretty much the most popular franchise in the world. It probably wouldn’t be as renowned if they had just made one movie, but thankfully, they’ve made many.

It started right after the original’s release. Surprised with the film’s success, Lucas began working on drafts for a sequel. The process came to a head when Lucas added the most iconic plot twist of all time – Vader is Luke’s father. Other writers were brought in to flesh out the script, and the rest is cinematic history.

There’s almost too much to love in this movie. The epic battle of Hoth, the crazy effects and puppetry, the character development, and the sharp storytelling make for an entertaining and emotionally charged work of art. Add in some amazing lightsaber battles, and you’ve got one of the best, if not the best, of the entire saga. 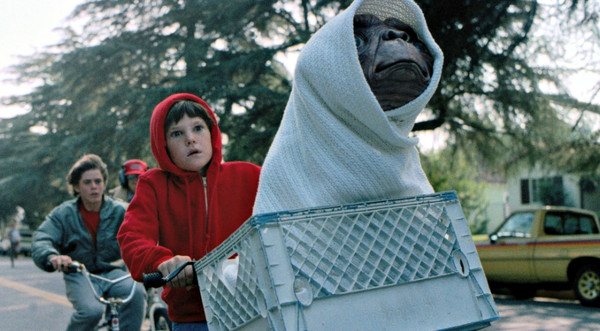 80s movies were full of non-stop action and epic sci-fi settings. The decade was also home to a variety of heartwarming kids movies, but most of them didn’t really reach the legendary status of all the shoot ’em ups and space westerns.

But one of them did become a legend. 1982’s ET was well received upon release, and its legacy has continued to grow. Directed by Steven Spielberg, the film is a timeless tale of friendship and love through the medium science fiction. A boy named Elliott meets an alien that was accidentally abandoned in the woods, and they form a deep connection that is beyond beautiful to watch. 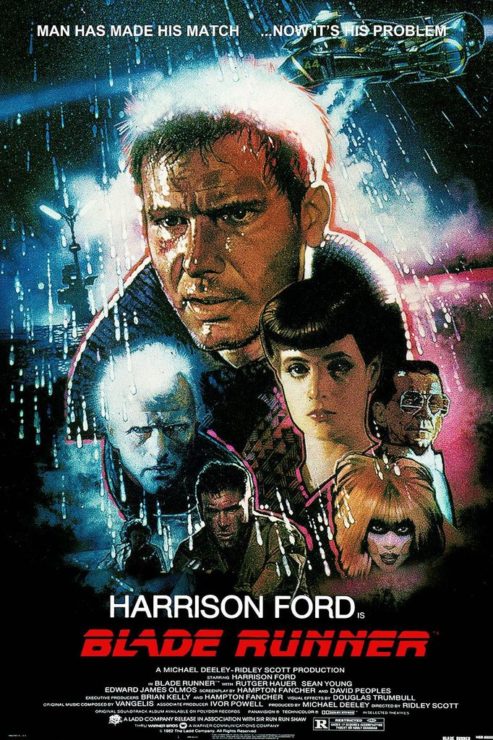 Ridley Scott could be called the king of epic cinema, or at least a knight (and he actually was knighted by the Queen of England). Most of his films are breathtaking, and his talent for world building makes him one of the most unique filmmakers.

There are many fine examples of his passion for storytelling. Alien, Gladiator, Prometheus, and Exodus come to mind. But one of the best of his movies was Blade Runner.

Based on a novel, it’s a story of a futuristic world in which a man hunts down rebellious android servants (replicants). The story, special effects, and even the colors of this movie were awesome. And it never hurts to have Harrison Ford as the main character. 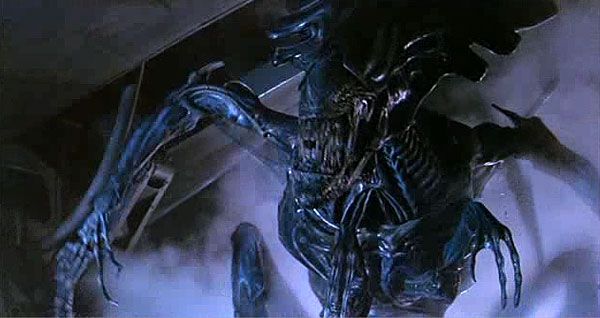 Following Ridley Scott’s 1979 horror masterpiece, there were 3 Alien movies made from 1986 to 1997. But the best of these sequels was undoubtedly the first follow up, Aliens.

What started as a writing project by James Cameron turned into one of the best sci-fi movies of all time. And it’s not just sci-fi; Aliens could be called an action movie, a war movie, and a horror movie. In a weird way, it also has elements of a family film. That statement is somewhat sarcastic, as the film is actually quite brutal. But it does end up being a story of an orphan finding a new family (that, of course, gets ruined in the widely panned Alien 3).

In the film, Ellen Ripley returns to LV-426 with a bunch of space marines to make sure a colony hasn’t been taken over by Xenomorphs. Most people around her don’t even believe an acid-bleeding parasite exists, but they’re soon proven wrong and plunged into a fight for survival. 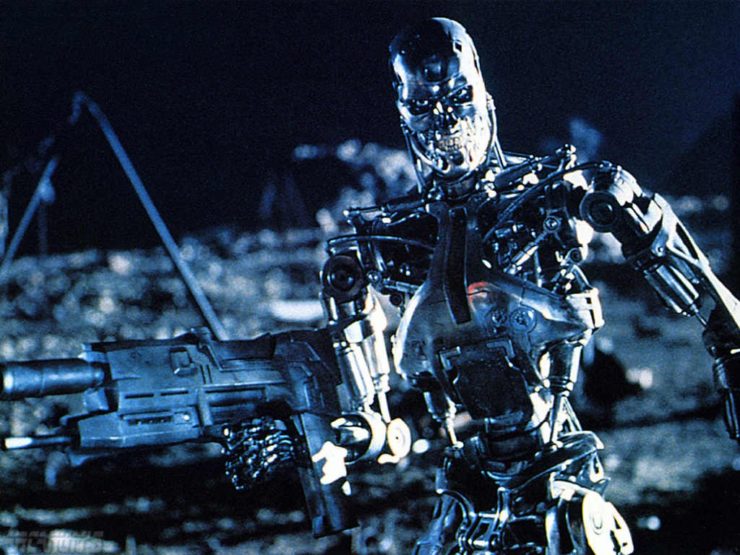 Several directors of the 80s and 90s made multiple films that have become legends. James Cameron delivered us mayhem in Aliens and then came back 5 years later with even more carnage in Terminator 2: Judgment Day.

This movie redefined special effects, as the computer animation used for the T-1000 robot went on to be used in countless films. It wasn’t the first instance of CGI, but it was one of the most well-crafted. And that can be said for the entire movie.

Awesome special effects combined with great acting and a fantastic story make T2 one of the best sci-fi movies in history. Add in Arnold Schwarzenegger’s iconic lines, and you’ve got full-blown entertainment. 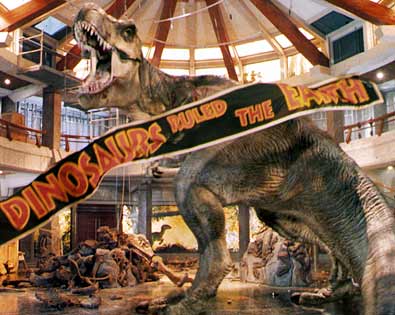 T2 may have redefined computer effects, but Jurassic Park turned it up to 10. The dinosaurs were some of the best looking and most accurate in cinematic history, and their rapid movements changed the public’s perception of them. Jurassic Park showed dinosaurs more like scaly cheetahs than slow lizards.

Everyone knows the story: a theme park is overrun by genetically re-created dinosaurs. Subplots include a nefarious plan to steal dinosaur embryos, a man’s overzealous dream crushed by reality, and the awesome power of genetics. The film didn’t focus on genetic technology as much as Michael Crichton’s original book, but the power of that science is still pretty apparent and serves as a warning for future generations.

As far as terror goes, the film succeeds on all fronts. The prowling Velociraptors are smart and scary, the T. Rex is destructive, and the Dilophosaurus is just straight up freaky.

With 4 sequels released, the Jurassic franchise has reached a level of popularity on par with Star Wars. Kids love dinosaurs, and there’s still a kid somewhere within each of us. 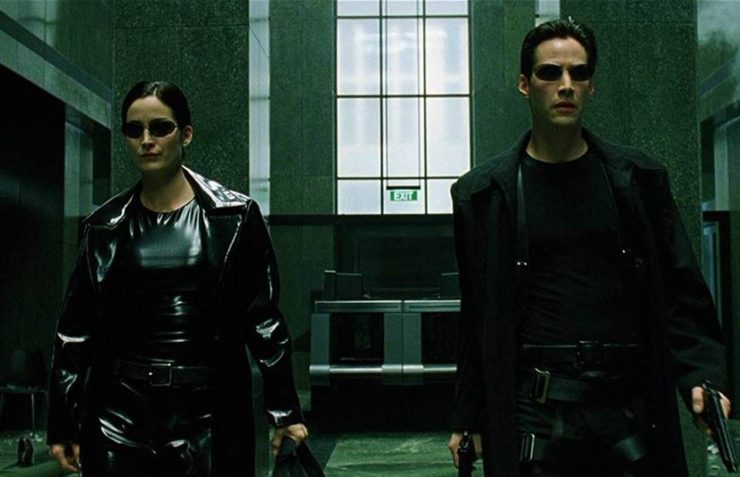 The Matrix became a pop-culture phenomenon almost instantly. It featured a complex plot with lots of genres mixed into one: sci-fi, action, and cyberpunk to name a few.

Written and directed by the Wachowskis and released in 1999, the movie’s central theme is illusion. The consciousness of humankind is nothing but a simulation, and the whole population is actually hooked up to machines to give life to sentient mechanical beings. Human society had evolved to the point where technology had completely taken over, and people now served as mere batteries for the machines.

Only a few knew of this secret and were able to escape the Matrix, and the film centers around their efforts to free mankind.

The so-called savior of humanity was a man named Neo, portrayed by Keanu Reeves. The actor’s performance, along with the rest of the cast, was highly praised by fans and critics. In fact, the whole movie is almost universally acclaimed for its story, special effects, and originality.

What is your favorite sci-fi film from the 80s and 90s? Let Your Geek Sideshow and tell us in the comments!

Check out Geek guest writer Shane Smith’s exploration of previous decades in science fiction with the Sci-Fi Seven of the 60s to 70s and the 30s to 50s.