We’re currently undergoing a sci-fi renaissance of sorts. More and more folks are seeing the need for science fiction in media. With shows like The Expanse and Westworld surging to the forefront of pop culture, it’s proof positive that quality sci-fi can leave an indelible mark. 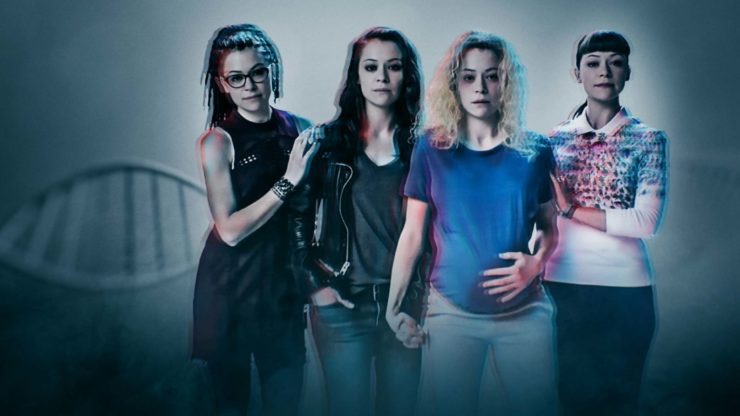 One show that mostly flew under the radar during its tenure was BBC America’s Orphan Black. Orphan Black starred the inimitable Tatiana Maslany, who effortlessly portrayed at least 10 different characters on the series. It centered around protagonist Sarah Manning, who discovered a woman committing suicide that looked just like her. Sarah embarked on a dangerous path to discovery, and she learned that there was a horde of clones that looked identical to her spanning the globe. What followed was a story rife with action, suspense, romance, comedy, and a whole lot of crazy science.

Below, I’ve listed my personal top 10 episodes of Orphan Black by season. Peruse at your peril. Also — spoilers, sweeties. Proceed with caution.

The episode that started it all. While I initially watched this show because of its premise and an intriguing trailer, I wasn’t expecting the pilot episode to unfurl the way it did. Watching Beth (Sarah’s clone sister) jump to her death right in front of Sarah was equal parts heartbreaking and terrifying.

Plus, I was utterly entranced by Maslany. I’d never seen her act in anything prior to Orphan Black. I was floored by her performances. Sometimes, while watching her, I would forget that it was one person portraying all of the clone sisters. That’s how good she was.

Oh, and there’s a smattering of identity theft thrown into the mix. Sarah taking on Beth’s identity catalyzed her involvement with the very lab responsible for her and her clone sisters’ livelihoods.

In this episode, Sarah discovered that Paul (Beth’s boyfriend) was Beth’s “monitor” and was also monitoring her. Paul and the other monitors were enlisted by Dyad, the lab behind the clone creations, to ensure that the clones were consistently healthy.

At the time, this was a huge reveal. Orphan Black was one of the few series that incessantly kept me on my toes. It would throw curve ball after curve ball, constantly changing the game as it went along.

Alison, another one of Sarah’s clone sisters, suspected that her husband Donnie was her monitor, so she sought out spy equipment to prove her theory. We met Dr. Aldous Leekie (Matt Frewer), a Dyad scientist, who morphed into a formidable villain for the clones. Frewer embraced the role of Leekie and then some.

“Knowledge of Causes, and Secret Motion of Things” (S02E07)

Alison had a massive breakdown while in rehab for substance abuse. Oh, and she was almost outed for inadvertently murdering her neighbor in Season 1. Maslany continued to dazzle. Alison is, unarguably, my favorite clone. Maslany inhabited every role she played on the show and any time she had a dramatic scene I knew we were in for a treat.

Cosima, another clone, discovered the truth behind her new girlfriend’s job with Dyad and its stem cell program. This drove a wedge between them. Honestly, Cosima’s rocky relationship with Delphine was one of the most intriguing aspects of the series.

Sarah’s daughter was continually in hiding from Dyad, as the latter wanted the young girl’s DNA for excessive testing. Clone stuff, I tell you. Essentially, this episode was rife with revelations aplenty. 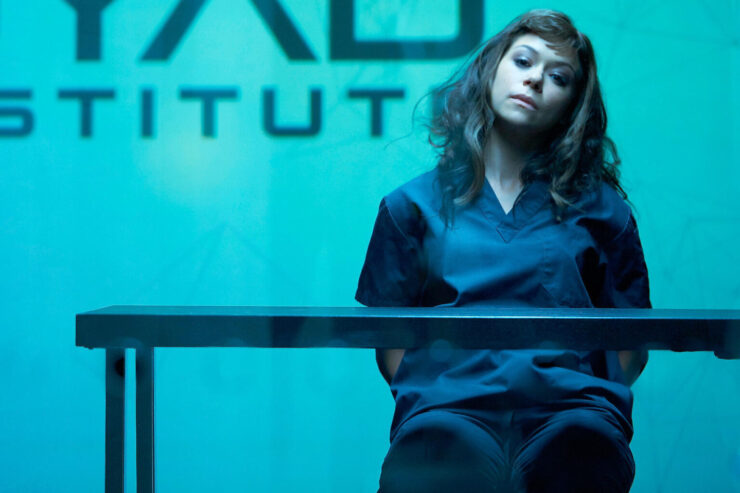 Biggest, “What the what?” reveal from this episode? Easily the fact that a horde of male clones existed in tandem with Sarah and her clone sisters. While the women were part of Project Leda, the men were a creation of Project Castor.

Sarah and Rachel, her evil clone sister, had a duel for the ages which culminated in Sarah stabbing Rachel through the eye with a pencil. A pencil! Orphan Black never shied away from the macabre, so if you’re squeamish…I would err on the side of caution.

This show constantly stepped up their game every season. The Season 2 finale posed more questions than answers. As per usual, you’re left to digest the season finale and incessantly theorize prior to the new season premiere.

RIP Paul. While Sarah was trapped inside a Project Castor army base, Paul swooped in to save her…and simultaneously blew up the facility while he was still inside. Paul was a morally grew character with a mess of flaws, but his love for Sarah never wavered. I cried. We all cried. Despite Paul’s previously questionable decisions, he went out like a hero.

On a lighter note, we were blessed with an Alison/Donnie naked dancing scene that provided a comedic respite from the constant pain and turmoil. Not only was it a naked dance, it was a naked dance with piles of cash. The ultimate player move. One-eyed Rachel continued to wither away and question her very existence. Being a clone will do that to you.

Road trip time! This episode reunited Sarah with her adopted brother Felix and her adopted mother, Mrs. S. The trio embarked on a sojourn to London to track down the “original” that served as the blueprint for the Project Castor clone program. Of course, their enemies followed closely and eventually ambushed them while in London.

Helena, Sarah’s Ukrainian clone sister who had a violent streak, happily murdered a boatload of folks while being pregnant. Helena is another favorite of mine — although she could easily kill you with her bare hands, she was also a soft teddy bear underneath it all.

This episode ended with multiple cliffhangers which of course led into the Season 3 finale. I dug the family time Sarah shared with her brother and mom. Genuine happiness was a rarity on Orphan Black, so I savored it before the inevitable heartbreak set in. 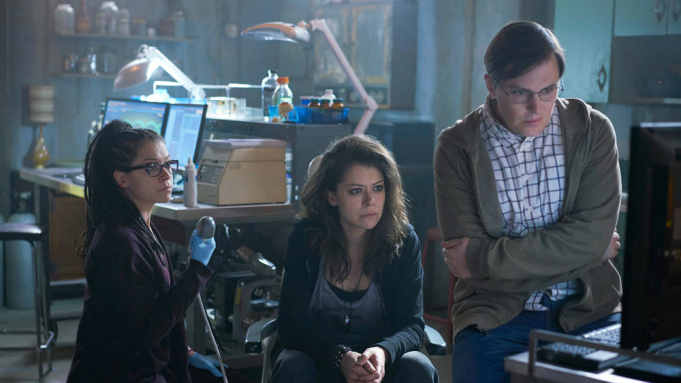 This episode started to unify the clones and really tie their respective stories together. The clone sisters and Dyad forged a deal that stated the latter wouldn’t use Kendall’s DNA. Kendall was the “original” who served as the blueprint for Project Leda. However, since they’re a villainous corporation, Dyad stabbed the clones in the collective back and brutally murdered Kendall.

Now, the clones needed Kendall to potentially provide a cure for a peculiar sickness that was wiping out clones across the globe. Kendall’s demise was a punch to the gut. The only levity this episode provided was in the form of new clone sister Krystal, who was completely ignorant to the fact that she was a clone. Krystal was your stereotypical ditsy blonde that Maslany played to perfection. Laughs ensued.

Another bloody Rachel and Sarah showdown. Cosima grew weaker over the course of the episode, as she herself was stricken with a deadly illness. In addition, Cosima reunited with Delphine on an island which, naturally, blindsided her because she thought the latter was dead.

We learned that Neolution, a strange scientific religion linked to the cloning projects, was alive and kicking. In fact, its leader, who created Neolution centuries ago, was apparently still living and prospering on the aforementioned island.

Unfortunately, we didn’t get a glimpse of the really old dude in this episode. But Orphan Black delivered a whopper of a season finale. Again, more questions than answers.

Season 5 was a mite on the slower side although still quite action-packed. “Guillotines Decide” ushered forth a character death I couldn’t anticipate even if I was wearing the strongest prescription of glasses known to man. Mrs. S., Sarah and Felix’s adopted mom, took one for the team. She went out like a boss, though. Mrs. S. died while protecting her children. Her “little chickens,” as she called them.

Of course, the murder of Mrs. S. added fuel to Sarah’s fire. It catalyzed the final episodes of the show. Dyad and Neolution made it personal. What really served as the cherry on top was the scene before Mrs. S. bit the dust.

Felix had an art opening, the clone sisters were together, and the artiste himself delivered an eloquent speech about his family. Everyone seemed happy. That should have been Clue #1 that something was about to go down. No one can be happy on this show! 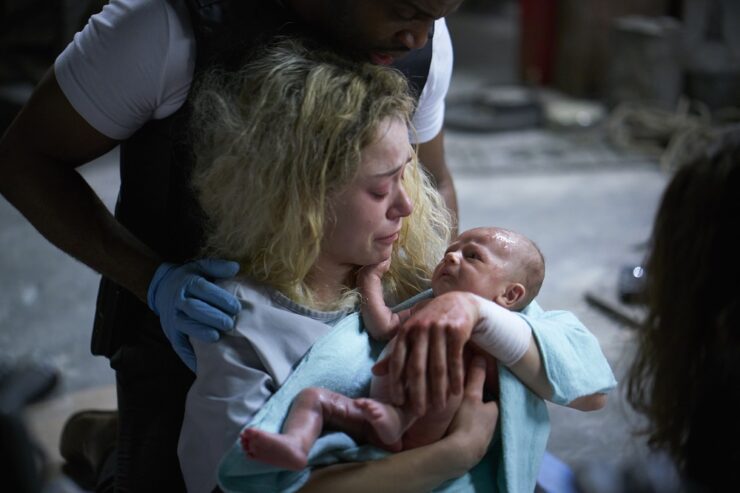 The grand finale. Helena gave birth to twins after being pregnant for three seasons. Amid the insanity of giving birth to two tiny humans in a dingy basement, Sarah faced off against her enemies for the last time.

Thankfully, with the aid of detective friend Art, Sarah rose victorious. A cure was administered to the core group of clones. Then, Cosima and Delphine proceeded to travel the world and dole out the cure to other clones. Everyone was safe!

The clone sisters had one last hurrah together which made me equally tearful and cheerful. Rachel continued to live her life in utter misery which is what she deserved. Sarah, Felix, and Sarah’s daughter Kira attempted to move on without Mrs. S. Overall, everyone got their happy ending.

And who doesn’t love a happy ending?

Is Orphan Black on your radar? If you’ve seen the series, Let Your Geek Sideshow and let us know in the comments what you think of this sci-fi sleeper hit!